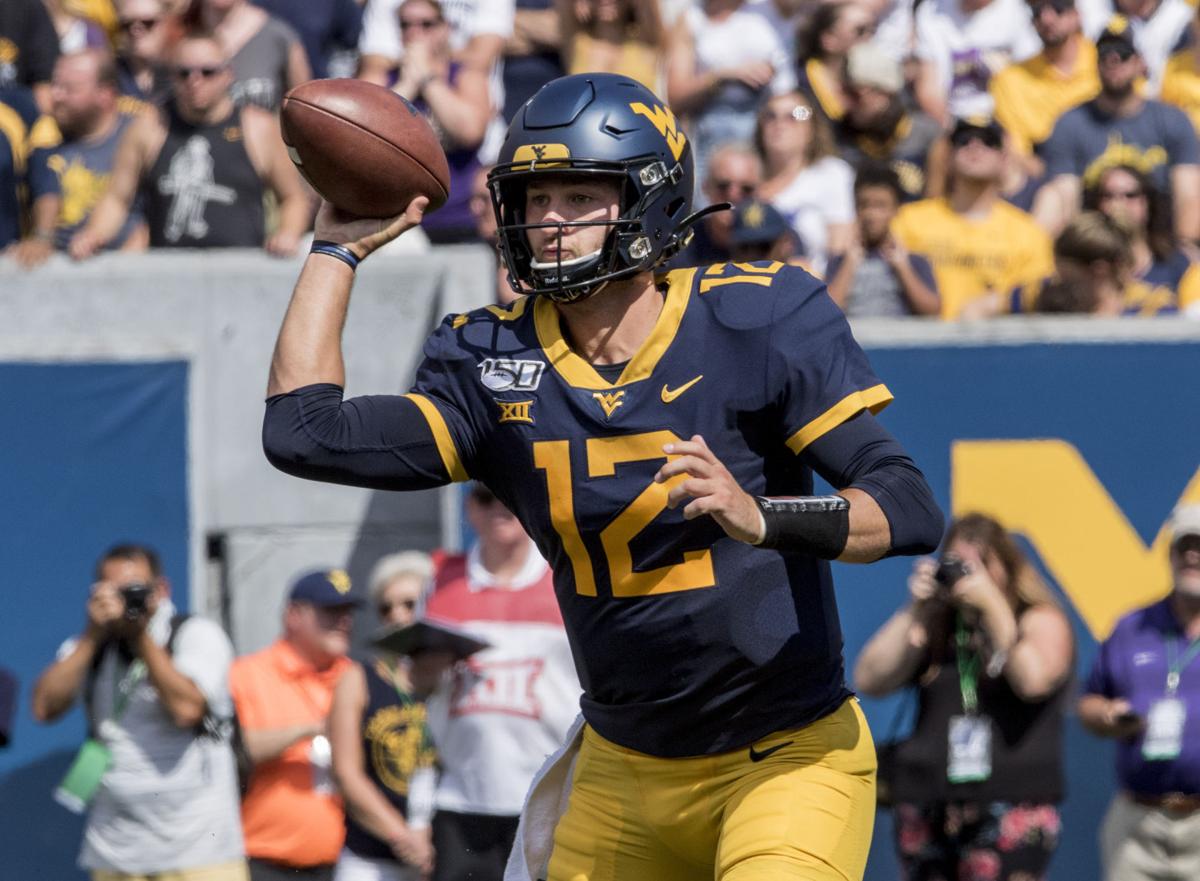 MORGANTOWN - The Neal Brown era of West Virginia University football got off to a rocky start Saturday before a handful of big plays on offense and a suddenly stout defense paved the way to the preferred result.

West Virginia managed just a field goal in the first two quarters against visiting James Madison and trailed the Dukes 7-3 at halftime. A pair of second-half touchdowns and some crucial stops on defense in the second half, however, lifted the Mountaineers to a 20-13 win to give their new coach a win in his West Virginia debut.

"A quality win over a really good JMU team," Brown said. "I felt like that on film, watching their personnel, I knew they'd be well-coached (after) watching Elon over the last couple of years, and they were. They're a veteran group."

The first half of Saturday's game was, to put it bluntly, not a good one for WVU. After holding James Madison to a three-and-out on the first possession of the game, West Virginia had a three-and-out of its own. The Dukes misplayed the ensuing punt, but the Mountaineers could not capitalize as placekicker Evan Staley pulled a 49-yard field goal attempt wide to the left.

JMU got on the scoreboard first late in the first quarter when running back Solomon Vanhorse capped a seven-play, 80-yard drive with a 9-yard touchdown run.

Staley got another chance early in the second quarter, hitting a 38-yard field goal to put the Mountaineers on the scoreboard.

JMU had an opportunity to increase its lead late in the half when it drove deep into West Virginia territory. The Mountaineers were able to force the Dukes into a field goal attempt, and junior defensive lineman Darius Stills got a hand on the kick to keep the score at 7-3 going into the break.

WVU got the ball to start the second half, and immediately found some production. Receiver Tevin Bush took an Austin Kendall pass across the middle and broke free for a 41-yard gain. It set up a seven-play, 82-yard drive WVU finished off with a 28-yard touchdown pass from Kendall to Florida State graduate transfer George Campbell - the first touchdown of Campbell's collegiate career as well as the first for WVU under Brown.

Brown said he thought the play Bush made to start the second half was crucial.

"I think the first play of the second half was as big of a play as there was in the game," Brown said. "(Bush) stayed in bounds and we've got to figure out a way to get him the ball more. He didn't have enough touches. We called probably 10 to 12 plays for him, but I think he had in that four- to five-touch range."

JMU answered the WVU scoring drive with a field goal of its own to tie the game at 10-10 on the following drive. The teams traded possession for the rest of the quarter with neither scoring.

The Mountaineers put some distance between themselves and the Dukes in the fourth quarter. Staley hit a 43-yard field goal on the opening drive of the final quarter to put WVU ahead 13-10, then senior cornerback Keith Washington intercepted JMU quarterback Ben DiNucci on the first play of the following drive to set West Virginia up with another scoring chance deep in Dukes' territory. Three plays later Kendall found Bush wide-open in the corner of the end zone for a 22-yard touchdown pass.

"I thought Keith Washington's pick setting up the touchdown to put us up 10 was a huge play," Brown said. "That and Bush's play were probably the two biggest. I think the blocked field goal was important just because it would have made it a 10-point game."

JMU would add another field goal with 4:33 remaining in the game, but the Mountaineer defense did not give the Dukes much to work with on their final possession before the offense ran out the clock to secure the win.

Brown will gladly take the victory, but for the game West Virginia ran the ball 24 times for just 34 yards. For a group of running backs and offensive linemen that much is expected of this season, that was not a good enough effort, according to Brown.

JMU, however, did find success on the ground, especially early, against West Virginia. The Dukes carried the ball 48 times for 172 yards. The majority of that, however, came in the first half.

"I thought we took it to them early in the game running the football," JMU coach Curt Cignetti said. "We were getting a lot of different guys involved in the rotation. I thought they wore us down a little bit as the game went on, and we didn't do a great job of protecting the passer."

Kendall, making his first start for the Mountaineers, completed 27 of 42 pass attempts for 260 yards and two touchdowns with no interceptions.

Redshirt freshman Sam James and senior running back Kennedy McKoy each had six catches to lead the Mountaineers, while Bush's 74 receiving yards led the team. On the ground, McKoy got the bulk of the carries (11) while fellow senior Martell Pettaway finished with a team-high 20 rushing yards on nine carries.

Brown indicated the Mountaineers still have some tricks up their sleeve in the running game they did not show Saturday against James Madison, but with a trip to Missouri on the schedule next week they will need to be better for any chance at another win.

"You get into the first game and you can't show everything that you've got," Brown said. "We had some things that if we needed to in the second half, we could have gotten to. We didn't get to those, but we do (have them). We're going to play a front next week in Missouri and I watched them quite a bit this summer. James Madison is really good, those two defensive ends are good players, but it's a different animal next week."