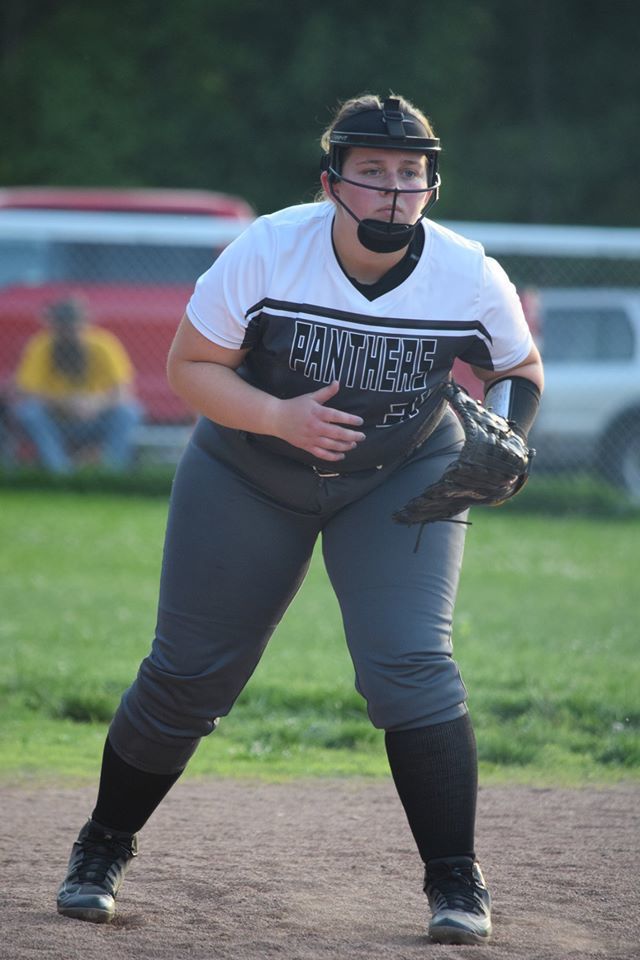 Tug Valley third baseman Courtney Wellman gets in a defensive stance during the 2019 campaign for the Lady Panthers. 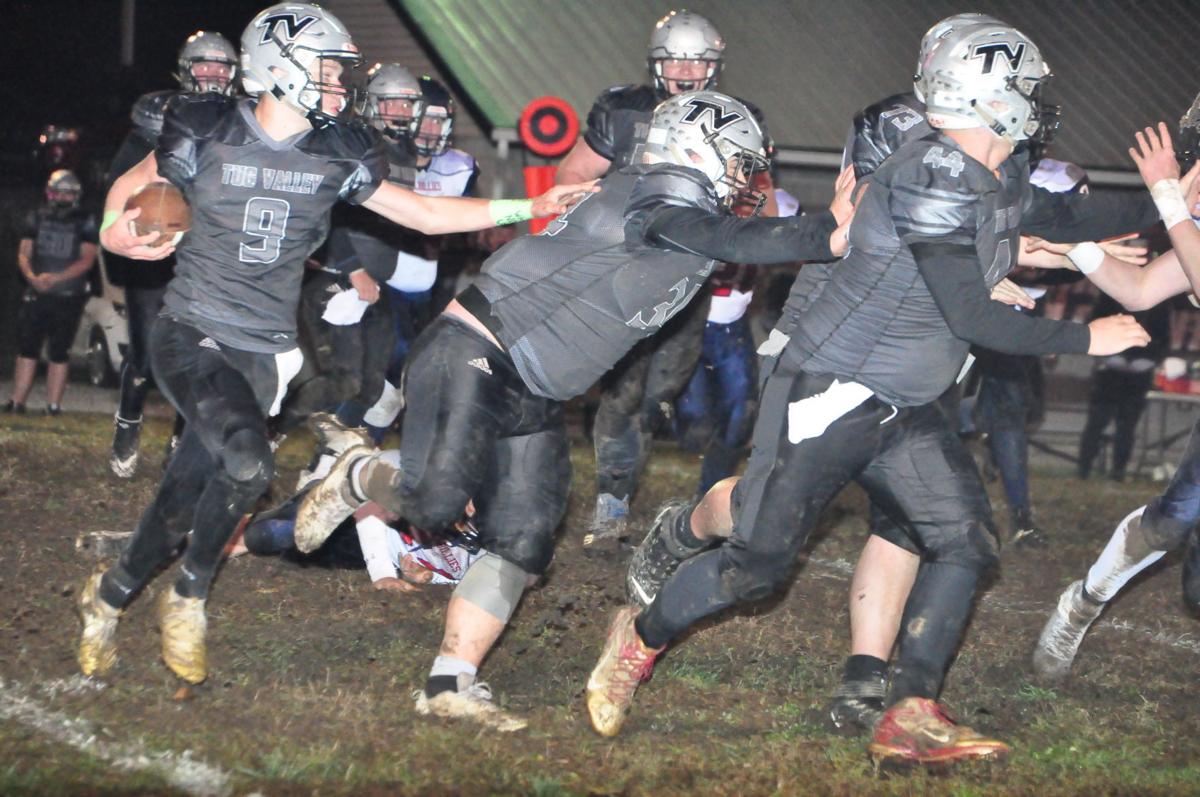 Tug Valley quarterback Ethan Varney (9) looks for a running lane during the 2019 season.

Tug Valley third baseman Courtney Wellman gets in a defensive stance during the 2019 campaign for the Lady Panthers.

Tug Valley quarterback Ethan Varney (9) looks for a running lane during the 2019 season.

Two-sport athlete Courtney Wellman and all-stater Ethan Varney were the recipients of the awards, according to TVHS Athletic Director Clyde Farley.

Wellman played softball and volleyball for all four years at TVHS and was a part of the most successful softball team in the history of the school, as she helped lead the team to a 23-13 record and a berth in the sectional championship game.

During her junior season, Wellman hit .342 with seven doubles and one triple to go along with 30 RBIs which was good for third on the team.

She was poised for a breakout senior season as the Lady Panthers were on the brink of advancing to the school’s first ever state tournament, but the season was cut short due to the coronavirus pandemic.

Varney was a four-year player on the football and baseball field for the silver-and-black and was also poised for a monster senior season on the diamond until COVID-19 shut down the world as we knew it.

During the fall, Varney had a breakout season as the signal caller for coach Hady Ford and the Panthers as he garnered First Team All-State honors as a quarterback and led his team to the Class A playoffs.

For the year, Varney finished 141-267 passing for 2,287 yards and 30 touchdowns in only 10 games. He led the state in passing touchdowns in the regular season despite only playing nine games.

The senior also was the Panthers’ leading rusher, as he finished with 761 yards rushing and eight rushing touchdowns.

He also led the team on the defensive side of the ball with six interceptions from his safety position.

According to the WVSSAC, Several years ago, the Sportsmanship, Ethics, and Integrity Committee initiated State Sportsmanship Awards.

Each member school received three State Sportsmanship Award Certificates and were asked to select two students and one fan who displayed outstanding sportsmanship throughout the year.