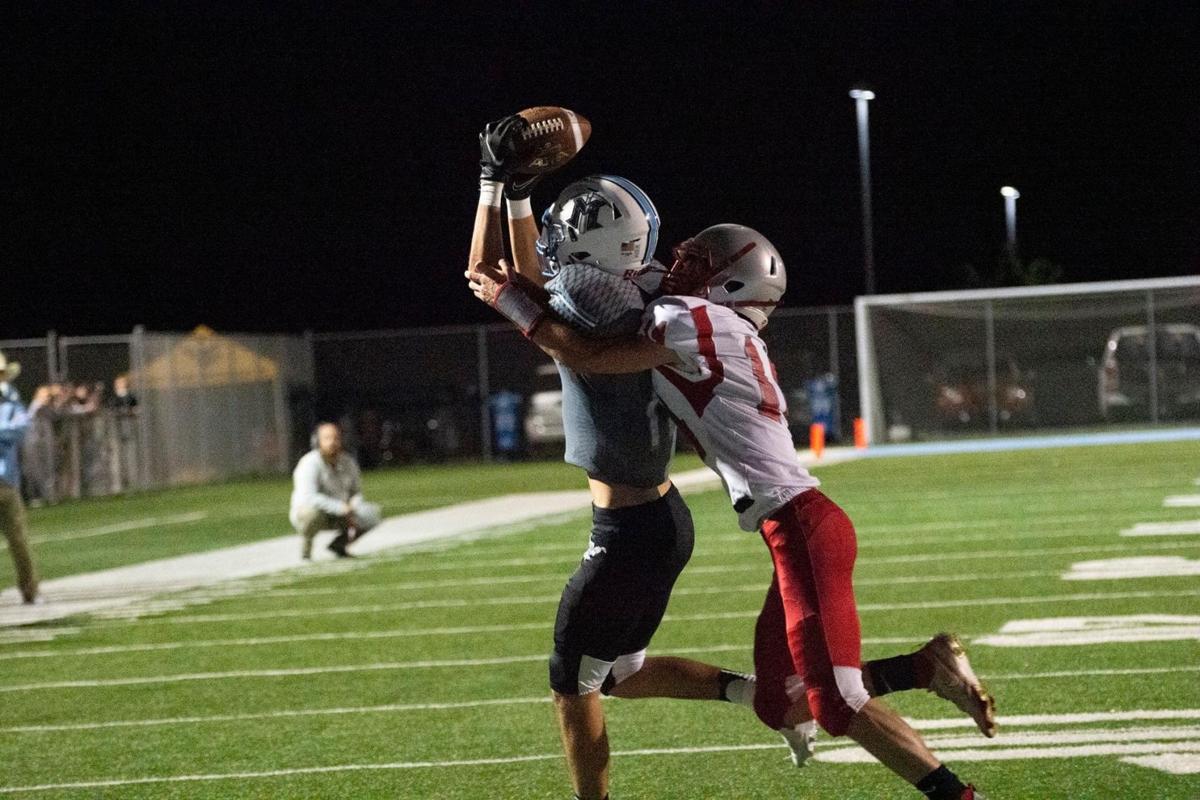 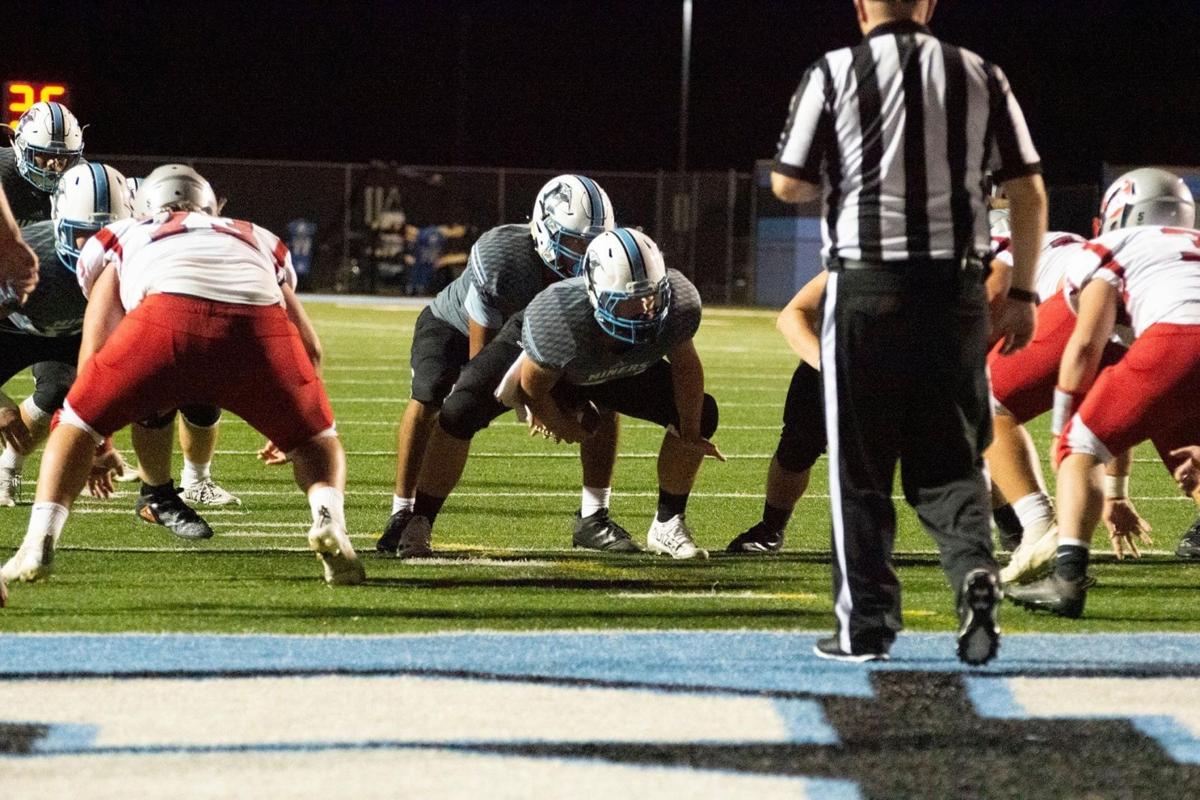 NEWTOWN — No. 5 Poca forced four turnovers in the second half against Mingo Central on Friday night at James H. “Buck” Harless Stadium as the Dots were able to pull away late and defeat a pesky Miner team by a final score of 22-13.

Poca (3-0) intercepted Mingo Central sophomore quarterback Chris Ross four times in the second half, including a huge 40- yard interception return for a touchdown by senior defensive lineman Gabriel Keech as the Miners were attempting to drive and take the lead with less than two minutes left in the game.

With his team ahead by only three at 16-13, Keech picked off a short swing pass from Ross and outran a couple of Miners the other way to the endzone to seal the win for his team.

The Mingo Central defense made a big play to start off the contest as Dylan Glasscock tipped a Jordan Wolfe pass and it was intercepted by Norman Kennedy to set up the MCHS offense near midfield.

The Miners capitalized off of the turnover as they quickly moved the ball down the field and then scored on a 10-yard pass from Chris Ross to Preston Smith. Zach Krise’s PAT was good and coach Chase Moore’s club took the 7-0 lead with 7:01 left in the first quarter.

The Dots answered on their next possession as Wolfe found his groove and connected with wide out Toby Payne multiple times on the drive, including an 8-yard touchdown pass across the middle of the end zone on a 3rd and goal. Joe Starcher’s point after kick was no good and the Miners held onto the 7-6 lead with 2:23 left in the first.

After the Poca defense forced a Mingo Central punt, head coach Seth Ramsey went to his ground game on his next possession as they ran down the field and scored on a 15-yard run from Malakai Woodard-Jones. Starcher’s Pat was good and the Dots took the 13-7 lead with 6:51 left in the first half.

The score remained the same at halftime and Mingo Central’s took the third quarter kickoff and marched methodically down the field into Poca territory.

Facing a 4th and 10 at the Poca 21 yard line, Ross connected with sophomore receiver Kenneth Runyon as he got free on a corner route and came down with a catch in the endzone to tie the game up at 13 apiece. The point after try was blocked by Poca and the game remained tied with 4:50 left in the third.

The score would remain knotted up at 13 until early in the 4th quarter when Starcher would connect on a 30-yard field goal from near the right hash to give Poca the 16-13 lead with 7:46.

The Miners got the ball two times with a chance to take the lead but they couldn’t do it as they were forced to punt and then threw the pick-six on back-to-back possessions.

Woodard Jones ran 18 times for 120 yards and one score unofficially while Payne had four catches for 55 yards and a score. Wolfe finished 8-17 passing for 91 total yards.

Mingo Central was led by Norman Kennedy on the ground as the senior ran 20 times for 88 yards. Ross finished 15-25 passing for 136 yards, two TDs, and the four interceptions.

Ross started the game 11-12 passing in the first half but the Poca defense made adjustments in the second half as he finished the game throwing seven straight incompletions.

Mingo Central had a strong showing defensively as Glasscock, Ashton Ooten, Chaz Waine. Malaki Sheppard, Jackson Pack, Alex Muncy, J.R. Perry, and Nathan Hynd all had contributions on that side of the ball.

It’s the third straight win for Poca against Mingo Central as they also improve to 3-0 on the season. They return home next Friday night to play Sissonville in a 7 p.m. start.

The Miners have now lost three games in a row as they fall to 1-3 on the season. They will play at home once again on Friday night as they play host to Class AAA Greenbrier East.