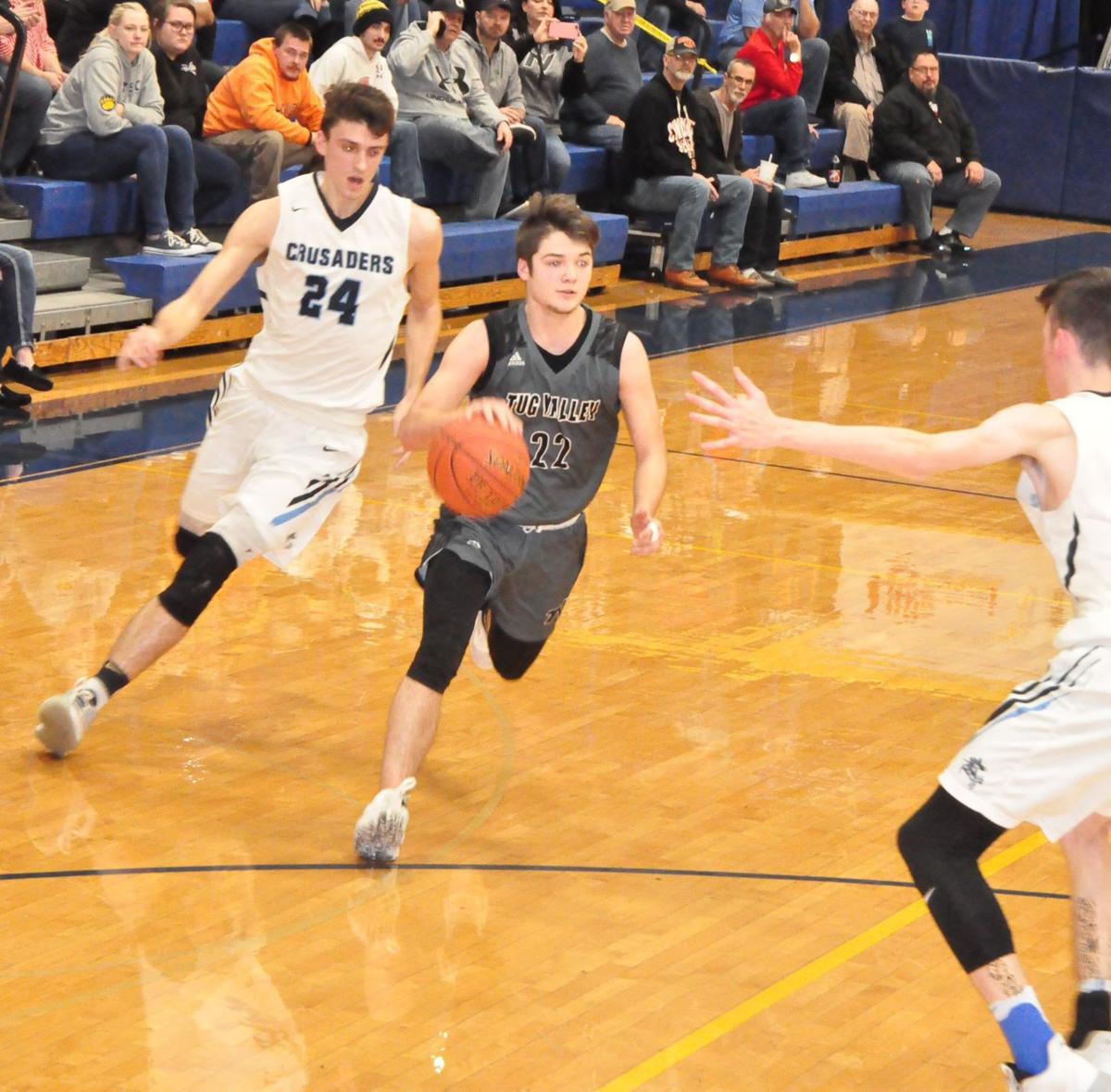 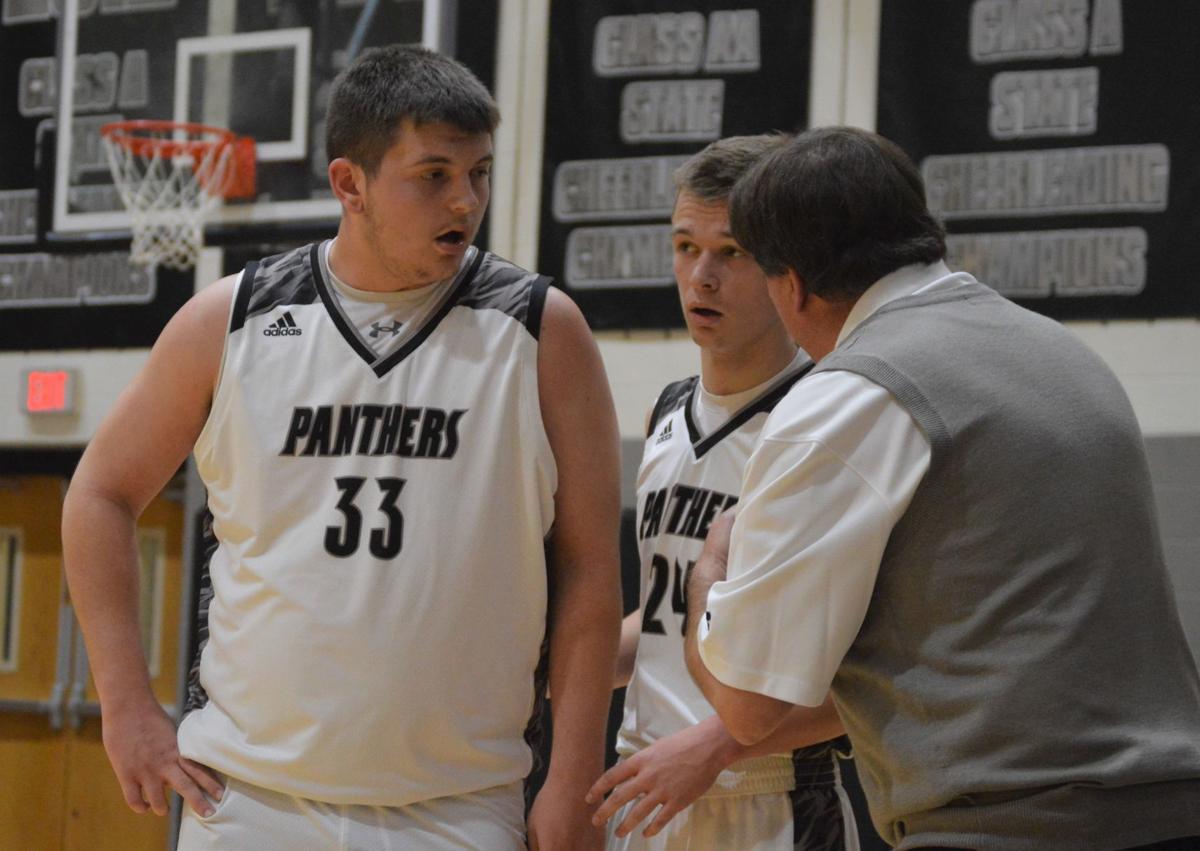 If you are looking for a dark horse to make a surprise run in Class A during postseason play, look no further than Tug Valley in Region IV Section II.

The Panthers carry just a 10-12 record, but that can be deceiving because they played a total of 10 state-ranked teams during the regular season, including two in Class AA (Robert C. Byrd and Man).

Tug lost nine of those 10 games (beating No. 8 Parkersburg Catholic), but went down to the wire in many of those contests against Class A contenders. The Panthers fell by two points to No. 1 Williamstown, by three points to No. 2 Charleston Catholic and by five points to No. 3 Greater Beckley Christian.

That schedule alone could make Tug Valley battle-tested enough to do some damage in the postseason, with their goal of making it to the Class A state tournament.

“I wish our record was a little better,’’ said Panthers coach Garland Thompson, “but everybody over the age of 50 will tell you that if you play a tough schedule, it will prepare you for March. I’m hoping that old saying is true, and I think it is.

“But sometimes you’ve got to win one of those games, a couple of those games to give you a little confidence. We play a tough schedule, and I told our players [after the regular season ended] that everything they think, say and do now should be toward the tournament.’’

The Panthers did pick up the No. 1 seed in the Region 4 Section 2 event, which will be contested at Hurricane High School, ut that was in large part because none of the seven teams in that sectional is entering the postseason with a winning record.

Still, Charleston Catholic coach Hunter Moles was very complimentary of the Panthers and their chances in the postseason.

“Tug Valley is a great team,’’ Moles said, “and I would not be surprised at all to see them in the state tournament when March comes. They’re a very, very tough team. They run their stuff on offense very, very well and on defense, they play together.

May leads the Panthers on the season in scoring averaging just over 16 points per game to go along with 3.3 assists and 1.6 steals. He is complemented on the outside by junior guard Ian Reed who is averaging 9.7 points per game entering the postseason to go with 2.3 assists, but has been playing his best basketball to close out the regular season.

On the inside TVHS is led by sophomore big man Ethan Colegrove as he is second on the team in scoring averaging 11.4 points to go along with 8.6 rebounds. Colegrove is a load on the offensive end as he is yanking down 3.3 offensive rebounds a game which results in several second chance opportunities.

Junior forward Easton Davis complements Colegrove well on the inside as he enters the postseason averaging 9.1 points and 5.6 rebounds for the silver-and-black.

Tug Valley was scheduled to play No. 5 seed Buffalo (9-14) on Tuesday night, but scores and stats from that contest were not available by press time. Barring a major upset against the Bison, the Panthers advanced to play the winner of No. 2 seed Tolsia and No. 6 seed Van in the Region IV Section II Championship game at 7 p.m. at Hurricane High School.

Even though the top two teams from the section will both advance on to the Region IV Co-Final, the Panthers know the importance of bringing home the sectional crown which guarantees a home game in the Region Co-Final.

The Panthers have played in 10 Region Co-Finals since the inception of the Co-Finals in 2010 and they have a 6-4 record in those 10 games.

If you dig a little deeper, you see that the Panthers are 6-0 when they play the Region Co-Final at the friendly confines of the TVHS Gymnasium and 0-4 when they have to play on the road. So a home game in the Region Co-Final could just be the difference in the silver-and-black making the return to Charleston.

The Panthers fell to rival Tolsia 68-54 in the Region IV Section II Championship game a year ago, which meant they had to travel to Parkersburg Catholic in the regional round. TVHS saw their season end against the Crusaders, who was the eventual state runner-up, by a final of 59-53.

The Panthers are looking to return to the Class A State Tournament at the Charleston Coliseum and Convention Center for the seventh time in the past 11 years.