Sign Up
Log In
Purchase a Subscription
You are the owner of this article.
Edit Article Add New Article
You have permission to edit this article.
Edit
Welcome, Guest
Home
News
COVID-19 Vaccine
Sports
Features
Photos
Opinion
Obituaries
e-Edition
Contests
Classifieds
Cars
Homes
Jobs
Legals
HD Media
No Thanks
1 of 3 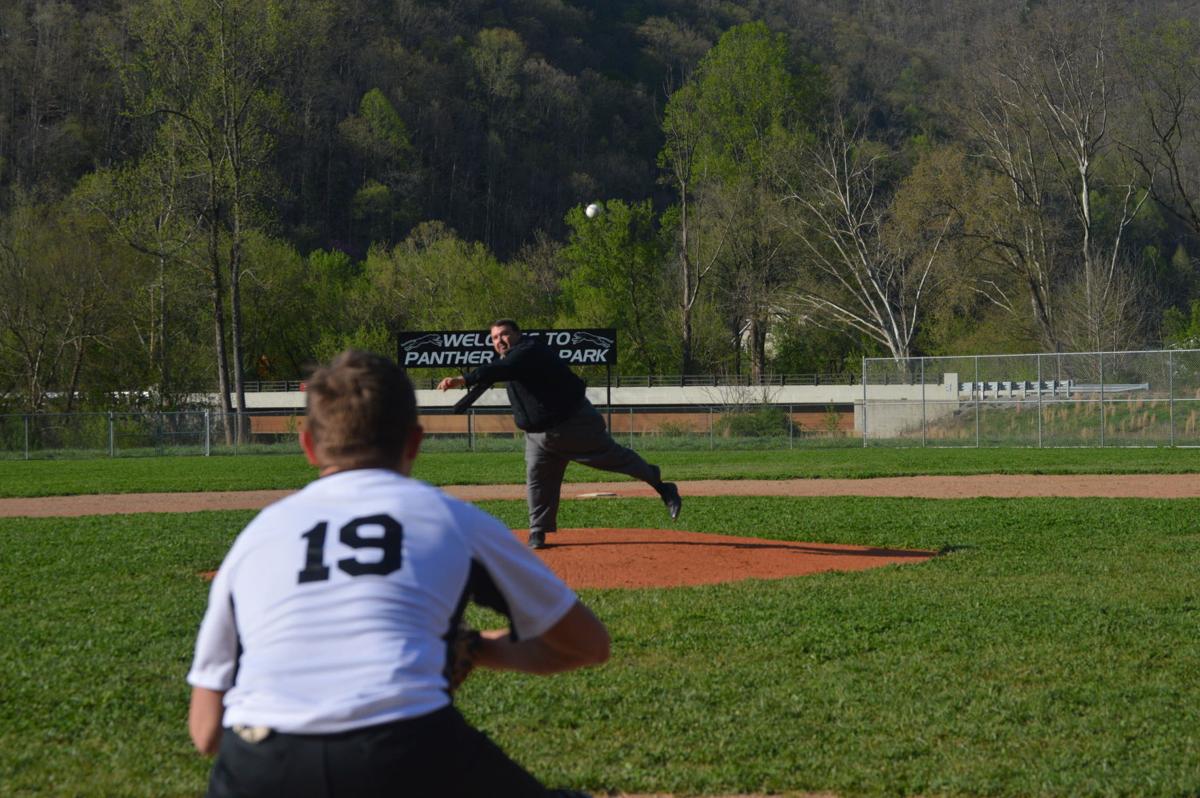 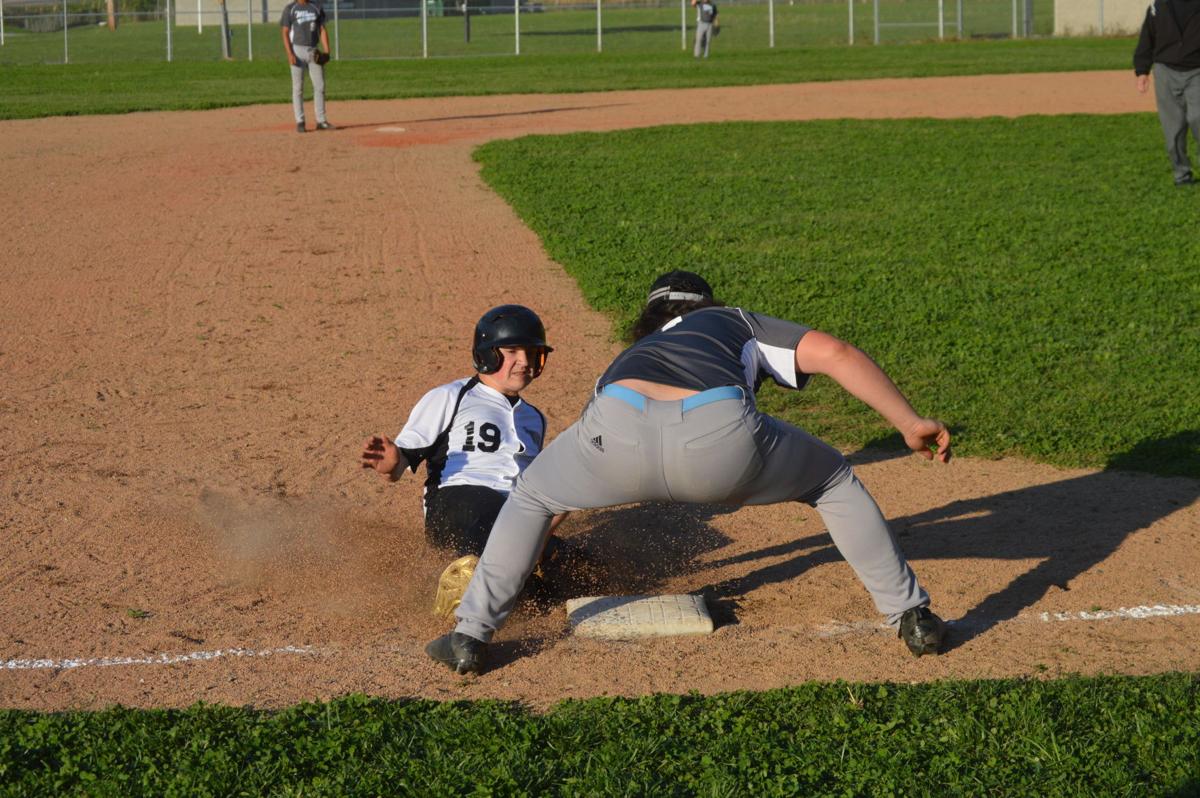 Tug Valley catcher Tanner “Boo Boo” Kirk is tagged out by Mingo Central 3rd baseman Daylin “Day Day” Goad after trying to stretch a double into a triple during the Panthers 15-8 win over Mingo Central in the first ever game at Panther Mart Park on Tuesday, April 13 in Naugatuck, W.Va. 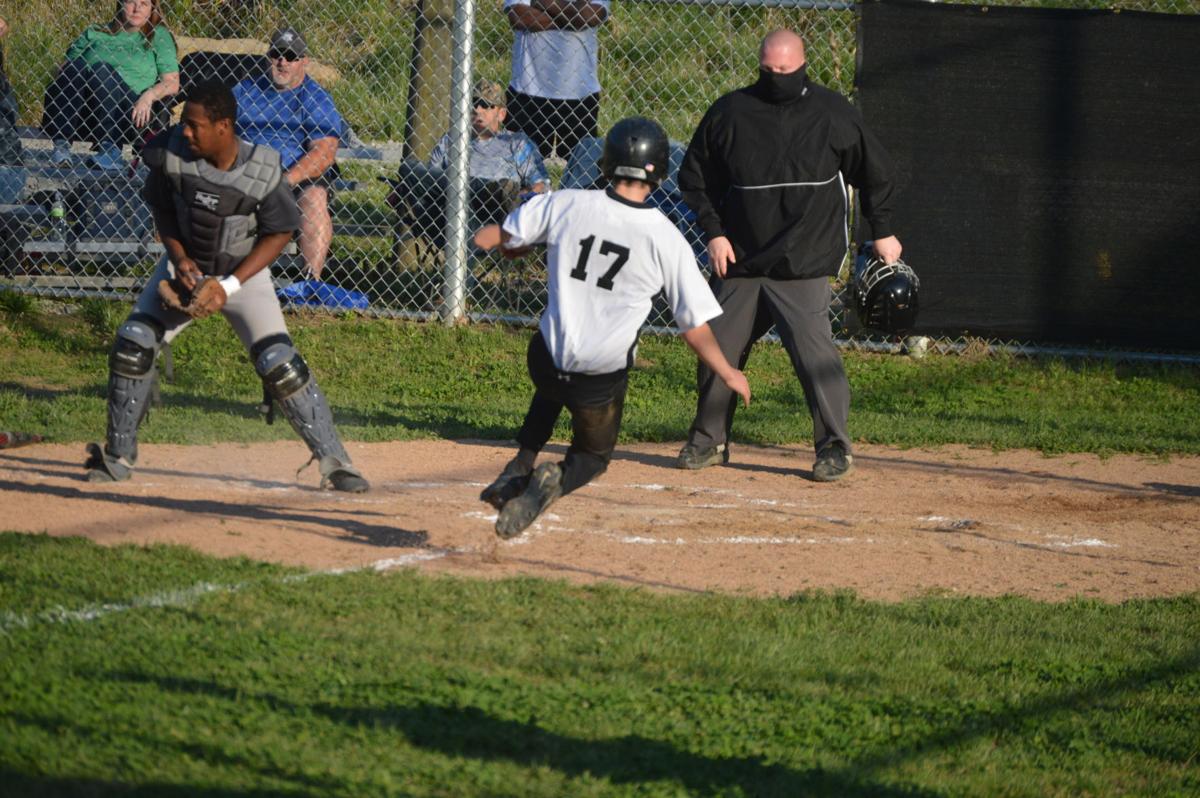 Tug Valley catcher Tanner “Boo Boo” Kirk is tagged out by Mingo Central 3rd baseman Daylin “Day Day” Goad after trying to stretch a double into a triple during the Panthers 15-8 win over Mingo Central in the first ever game at Panther Mart Park on Tuesday, April 13 in Naugatuck, W.Va.

NAUGATUCK — History was made on Tuesday, April 13 at Tug Valley High School as the Panther baseball team hosted their first ever game at their brand-new field dubbed Panther Mart Park and came away with a 15-8 win over rival Mingo Central.

The field sits on the school’s campus in between Bob Brewer Stadium, home of the TVHS football team, and the TVHS Softball Park which was just opened in 2019.

For the past several years, the Panthers have not had a field of their own to play or practice on and had to play all of their home games at Lefty Hamilton Park in Williamson.

Prior to that, the school had “make-shift baseball and softball fields” as they turned Bob Brewer Stadium into a multi-purpose field, playing football, baseball, and softball on the same field.

Mingo County School’s Superintendent Don Spence, who announced his retirement a month ago, was invited to throw out the ceremonial first pitch at Panther Mart Park prior to the start of the first game.

In the game itself, the homestanding Panthers were riding the momentum of the opening day ceremonies and jumped all over the Miners from the opening inning and continued to pour it on as they scored multiple runs in each of the first four innings of play.

After MCHS got an RBI single off the bat of senior Eli Jones and a run scoring groundout from Daylin “Day Day” Goad to jump out to a 2-0 lead in the top of the first inning, TVHS answered with three runs in the bottom half of the frame thanks to RBI base knocks off the bats of Shane Russell and freshman Connor Lackey to take the lead for good at 3-2.

In the ensuing top half of the second inning second year Tug Valley coach Teddy Hall went ahead and made an early pitching change as he moved Zach Hall onto the mound in relief of Alex Vance who allowed two runs on one hit while walking two batters and striking out one in the top of the first.

The move paid off as Hall came in pounding the zone against the Mingo Central lineup and struck out the side in order to bring the Panther bats back to the plate.

After MCHS hurler Tyler Ooten retired the first two batters, Vance was able to reach on a Miner error to keep the inning alive. He then stole second and was able to scurry over to third after an errant throw by Mingo Central catcher Isa Scales.

Tanner “Boo Boo” Kirk then come through with first of his four hits on the night as he reached on an infield single to Goad at short which allowed Vance to score and extend the TVHS lead to 4-2.

After Kirk was able to steal second base with two outs, Russell connected with a lined shot to center to score Kirk and bring the score to 5-2.

After Hall retired the MCHS lineup in order again in the top of the third, the Tug Valley came to the plate and did more damage as they plated four runs thanks to RBI hits from Vance, Kirk, and Ashton Smith to extend their lead to 9-2 going to the top of the fourth.

The Miners got on the board again in the next at bat as Goad scored on a single from Ooten to make the score 9-3. Later in the inning, Ooten was attempting to steal third and Kirk tried to gun him from behind the plate but the throw was wild and the ball went into left field allowing Ooten to score and bring the lead to 9-4.

The Panthers got those runs right back in the bottom half of the frame as Hunter Ooten and senior Justin Hall each singled to start the inning and then scored on a sacrifice fly from Dakota Ooten and an error in the Mingo Central infield to extend the lead to 11-4.

In the top of the fifth, Tucker Wellman reached on a single and was able to manufacture a run with his speed as he stole second, stole third, and then scored on an error by Panther third baseman Corey Wilson to trim the lead to 11-5.

After holding the Panthers scoreless in the bottom of the fifth, MCHS added another run in the sixth after Tyler Ooten smacked a double to left and was able to score after an error by Hunter Ooten to bring the TVHS lead to 11-6.

In the bottom of the 6th Hall singled and scored a quick run for the silver-and-black to make the score 12-6 and the home squad then delivered the final dagger as Kirk came up a few batters later with the bases loaded and was able to clear the bases with a ringing line drive to left field that was good for a double as they took their largest lead of the night at 15-6.

The Miners added a pair of runs in the top of the seventh as Scales walked, stole second, and was able to come around to score on an error and then Goad singled to left to score Wellman to bring the score to the final tally of 15-8.

Zach Hall was credited with the win in relief for Tug Valley as he fired two shutout innings allowing zero hits and striking out four batters while walking nine.

Tyler Ooten pitched five tough innings for MCHS and was tagged for 13 runs, nine of them earned. He allowed 16 hits and struck out four batters while walking one.

Tucker Wellman pitched one inning in relief allowing two runs on one hit with two walks.

Kirk was the star at the plate on the night as he went 4-5 in the game with three doubles and knocked in five runs in the process. Russell also had three hits and drove in a pair of runs while Vance had a pair of hits a two RBIs.

Tyler Ooten and Goad each had two base hits in the game to lead the Miner attack while Goad drove in a couple of runs and Ooten knocked in one.

Tug Valley finished the game with 17 hits compared to only seven for Mingo Central.