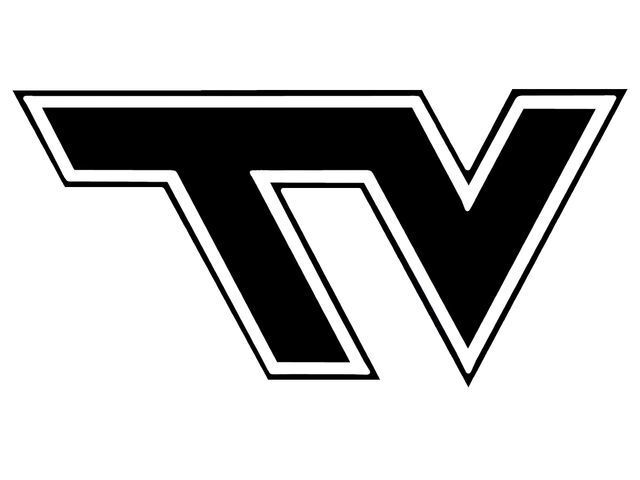 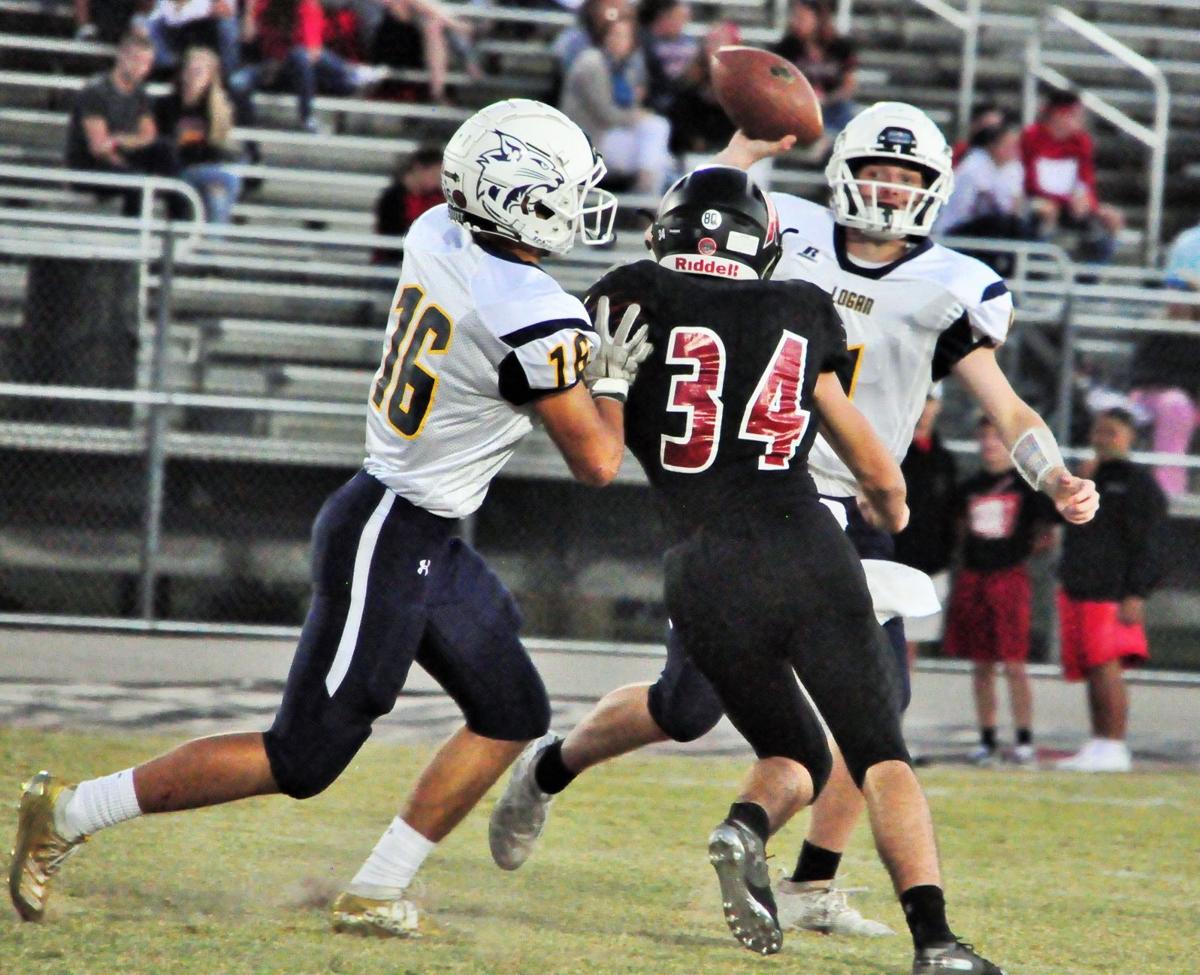 Logan quarterback Jordan Hayes tosses a pass as Caleb Tiler blocks in the Wildcats’ 57-22 loss at Nitro in 2019.

Logan quarterback Jordan Hayes tosses a pass as Caleb Tiler blocks in the Wildcats’ 57-22 loss at Nitro in 2019.

Logan and Tug Valley high schools have never met each other on the football field.

Only in preseason scrimmages have they played, the most recent being 2016 at Naugatuck and 2017 at Logan.

But that’s about to change this fall.

Both schools agreed to play each other on October 16 this season at Logan’s Willis-Nisbet Stadium to fill the 10th game for each team.

Logan and Tug Valley originally both had bye weeks that week and with the close proximity to both schools, a mere 28 minutes or a 33-minute drive, that made the match-up logical.

Since the WVSSAC canceled Week 1 of the season, set for August 27-28, teams from all across the state of West Virginia have been scrambling the last few days to try to find opponents in their bye weeks.

Logan was originally scheduled to have its traditional season opener on August 27 against county rival Man. However, Man and Logan do not share the same bye weeks and that made rescheduling the game for later in the season almost impossible without having a whole lot of reshuffling to do which could have caused a domino effect for other schools.

Man’s bye week is a week before on October 9.

So the most logical quick fix would be to find a team which shares your open date.

Logan and Tug Valley were able to do just that.

“We have to make sure with the principals and the AD’s but we are going to be playing Tug Valley at home,” Logan coach Jimmy Sheppard said. “It’s a close trip and it makes sense.”

The game pits schools from different classifications. Logan is Class AA, while Tug Valley is Single-A.

The Wildcats went just 1-9 last year with a very young team. The only win was a 35-0 homecoming victory over Scott.

Tug Valley, coached last season by first-year mentor Hady Ford, had a 7-4 campaign, eventually falling 42-0 at Williamstown in the first round of the Class A playoffs.

Despite the loss, the Panthers had a big year in 2019, defeating Class AA playoff-bound Man, 20-12, in the regular season finale at home.

Tug Valley had a prolific one-two punch last season with quarterback Ethan Varney and wide receiver Caleb May, both named to the Class A All-State First-Team by the West Virginia Sportswriters Association.

Varney, however, graduated and must be replaced. He completed 141 of 267 passes for 2,287 yards last season and 30 touchdowns while playing in just 10 games. He led the state in passing touchdowns in the regular season in just nine games played.

Varney, one of 10 seniors on the team last fall, was also the Panthers’ leading rusher with 761 yards and eight touchdowns on the ground.

May, a rising senior, is looking to have another big year this fall. Last season, May reeled in 82 passes for 1,316 yards and 16 touchdowns for Tug Valley and led all Class A receivers in both categories. He was also a menace on the defensive side as he intercepted four passes and was in the top five in team tackles.

Also a good basketball player for TVHS, May became the only player in school history to be named to the All-State First-Team in both football and basketball.

Sheppard said it should be a good match-up with Tug Valley.

“I think we are very similar to Tug Valley,” he said. “We run similar offenses and we have similar personnel. I think that it will be a good game. They have Caleb May and he’s a good receiver. I’ve watched him play since he was little. I coached against him in Midget League when I was coaching there. I’ve seen him play since he was five all the way to middle school.”

Tug Valley’s season opener, originally set for August 27 at Hurley (Va.) was canceled. There was no chance at making up that game as Virginia has reportedly canceled the fall football season due to COVID-19 concerns. The Panthers’ season opener is now set for September 4 at Sherman. Logan’s new regular season opener is slated for the same night at Sissonville.

Sheppard said Logan may also try to schedule Tug Valley in the future, either during the preseason or the regular season.

“We’ve talked about maybe next year going back to play Tug Valley in a scrimmage where our schedule will be full next year,” he said. “We also talked about possibly playing a non-conference game down the road.”

There were only a few options for Logan to schedule with other schools which shared the same open date.

“I tried to contact several teams. I tried to contact Oak Hill and they wouldn’t even return my call,” Sheppard said. “They are a Triple-A team. With the point system it would have made sense to play one of the smaller Triple-A schools and if we were fortunate to beat them that would help us in the point system come playoff time. But I guess they obviously had no interest. Oak Hill was really my first option if I had a pick.

“There were like eight teams in West Virginia who had dates open that week. Some were Parkersburg, Huntington, Hedgesville and Paden City and some of those northern teams. Those would have been really long trips.”’

Out-of-state teams were also not really an option, Sheppard said.

“There’s also a lot of uncertainty with the out-of-state schools right now,” he said. “So many of them have redone their schedules to have in-state opponents. A lot of teams that had bye weeks no longer have that bye week.”

Tug Valley has made it to the Class A playoffs in five out of the last six years.

After a 4-6 campaign in 2018 former coach Tony Clusky stepped down as the Panthers’ coach but not before leading Tug Valley to six playoff appearances.

The high-water mark was in 2014, when the Panthers reached the Class A state semifinals before bowing 42-28 to Williamstown and closing out with an 11-2 mark.

Clusky led Tug Valley to the playoffs in 2017 and a 10-2 season, beating Pocahontas County. 30-29, in first-round playoff game at Naugatuck before getting blanked 47-0 at St. Marys in the quarterfinals.

Clusky also led Tug Valley to a playoff appearance in 2012 with a 58-12 loss at Weirton Madonna, closing out an 8-3 season.

Clusky guided the Panthers to an 8-3 season and playoff berth in 2006 in a previous coaching stint, dropping a 28-8 decision at Clay-Battelle in the first round.

Tug Valley also reached the post-season in 2010 under former coach Josh Duty as the Panthers were 8-3 and lost 62-0 at Magnolia in the opening round.

Since 2005, Tug Valley has enjoyed 10 winning grid seasons in those 15 years.

Logan went 4-6 in 2018 under then first year coach Sheppard but took a step back last fall, struggling to 1-9 with a young squad.

Logan hopes to improve on last year’s showing this fall.

Eight starters are back on both sides of the ball for the Cats.

Logan was especially good last season on the offensive side of the ball with its young skilled position players.

Coming back is rising sophomore Aiden Slack, a First-Team All-Cardinal Conference pick from a year ago.

Slack saw action at wide receiver, running back and quarterback last season. He reeled in 47 passes for 790 yards and 10 touchdowns, added 49 rushes for 240 yards and two scores and also completed 7 of 14 passes for 92 yards and another touchdown.

Goldie had 69 tackles last season with an interception. He also saw spot duty on the offensive side of the ball in the backfield.

Townsend, a First-Team All-Cardinal Conference pick last year by the coaches, was Logan’s top receiver as he surpassed the 1,000-yard plateau. He closed out with 57 catches for 1,004 yards and six touchdowns in the Wildcats’ often pass-happy scheme.

Hensley snared another nine passes for 226 yards and a touchdown.

Logan also has many top players coming back on defense as well. Slack is Logan’s top returning tackler. He had 70 last year. Goldie had 69 stops and an interception.

Logan will also have a new football grandstand and press box this year.

The old bleachers and press box at Willis-Nisbet Stadium were deemed structurally unsafe last season and only the bottom half of the seats were used.

Logan is looking for its first winning season and playoff berth since 2013, when the Wildcats were 7-4 and lost 41-14 at Point Pleasant in the opening round of the Class AAA playoffs under former coach Gary Mullins.

Mullins led Logan to five out of the school’s six total playoff berths. The other was in 1990 under Wayne Bennett as the Cats lost 14-13 at home to Martinsburg. The Wildcats are 0-6 all-time in playoff games.

After Mullins’ resignation, Logan hired assistant coach James Tothe in 2017. But after a 2-8 season, Tothe resigned after one year.

Paul Adkins is the Sports Editor of the Logan Banner. Follow him on Twitter at @PAdkinsBanner or email him at padkins@