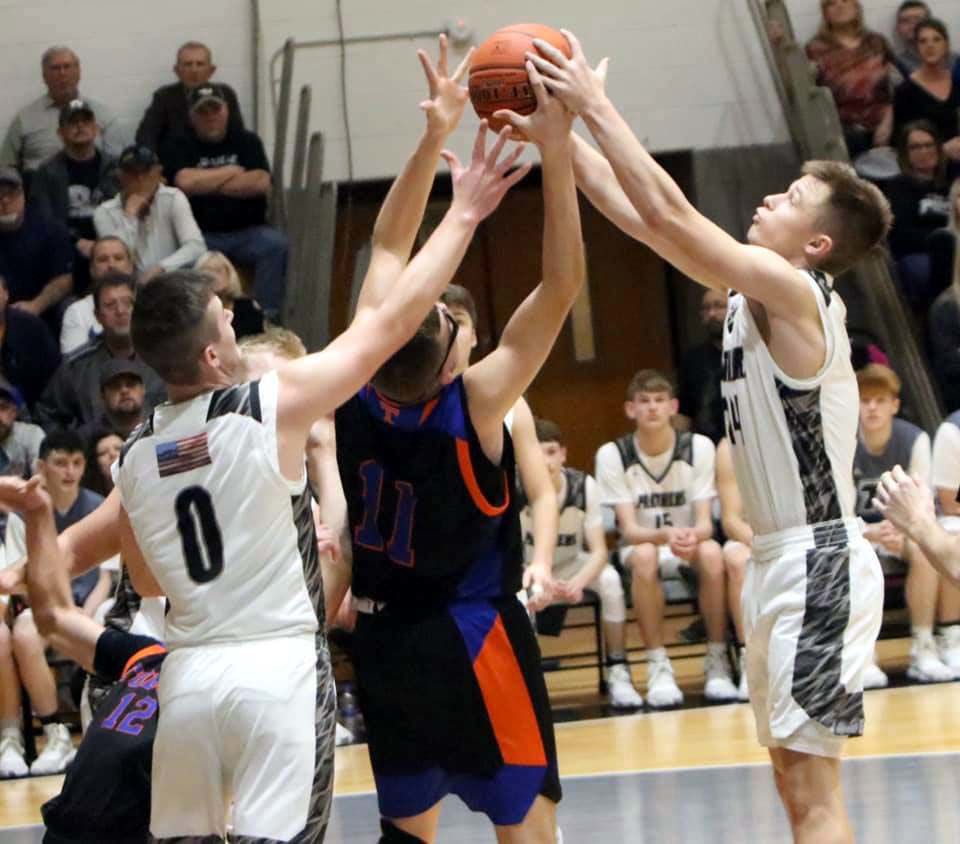 Tug Valley’s Justin Hall (0) and Ian Reed battle for a rebound with Tolsia’s Austin Salmons (11) in the Panthers’ 79-63 win on Friday in the Tug Valley High School gymnasium. 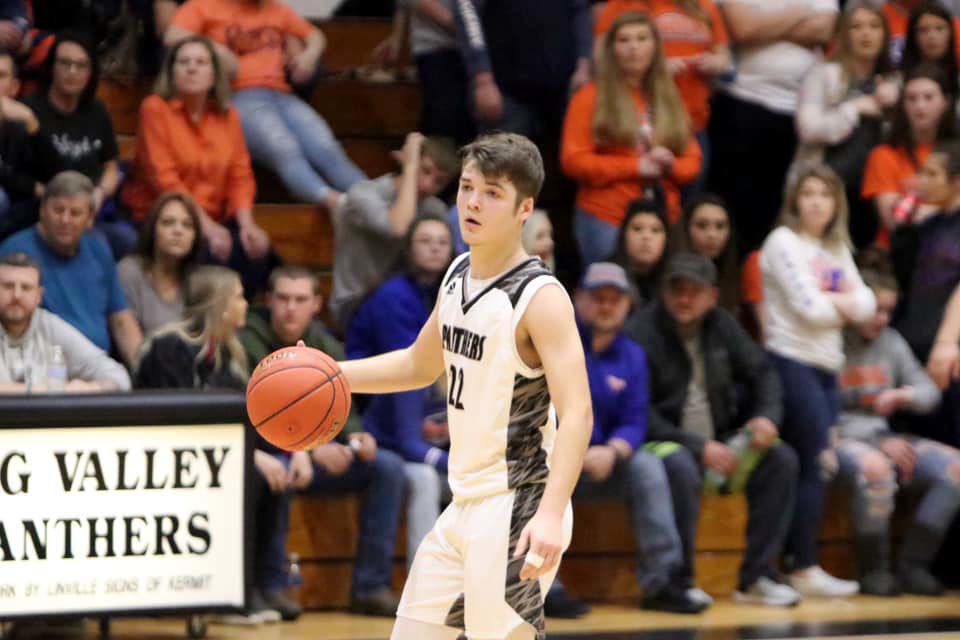 Tug Valley point guard Caleb May surveys the court in the Panthers’ 79-63 win on Friday in the Tug Valley High School gym.

Tug Valley’s Justin Hall (0) and Ian Reed battle for a rebound with Tolsia’s Austin Salmons (11) in the Panthers’ 79-63 win on Friday in the Tug Valley High School gymnasium.

Tug Valley point guard Caleb May surveys the court in the Panthers’ 79-63 win on Friday in the Tug Valley High School gym.

NAUGATUCK — The Tug Valley Panthers picked up a key Region IV Section II victory on Friday night in the Tug Valley High School gymnasium, as they knocked off rival Tolsia and won by a final score of 79-63.

Tug Valley used a strong second half where they shot 18-25 from the floor while holding Tolsia to only 10-37 shooting in the half.

The win for the Panthers (2-4) was their first in four attempts against the Rebels as Tolsia swept the season series a season ago, and coach Garland “Rabbit” Thompson said it was their best team performance to date.

“Without question, that was the first time we’ve played a complete team game so far this season,” Thompson said. “Especially in that second half. I didn’t know we shot 18-25, when you shoot that good that hides a multitude of sins...All in all it was a great team win and it’s always good to squeeze out a win against Tolsia.”

The Rebels (3-5) came out on fire to start the game as they shot 7-11 from the floor in the first, including 3-4 from deep to take a 20-19 lead after the first eight minutes. Zach Ball scored seven to lead coach Todd Maynard’s club in the frame and Jesse Muncy added five while guard Caleb May fired in seven to lead Tug Valley.

In the second quarter, the two teams battled back and forth, but the Panthers clawed their way back in front to take a 37-36 lead into the halftime locker room, despite shooting 2-10 from the charity stripe in the quarter.

Coming out of the halftime locker rooms, coach Thompson’s club looked like a new squad as they seemingly couldn’t miss, shooting 9-12 in the period while holding Tolsia to only 4-17 from the floor.

Tug Valley outscored the Rebels 19-10 in the period to take a 56-46 lead into the fourth quarter. Big man Ethan Colegrove came alive in the third to lead the way for the Panthers with eight points.

The Panthers continued to pour it on in the final eight minutes as they kept the hot hand, hitting 9-13 shots in the fourth, while Tolsia stayed frigid connecting on only 6-20 attempts and Tug Valley secured the key 16-point win.

Colegrove had his best game of the season for the black-and-silver as Tolsia had no answer for him on the inside. He recorded a double-double finishing with a game high 24 points and 14 rebounds, with 18 of the 24 points coming in the key second half stretch. He only missed one shot all game long finishing 11-12 from the field.

Fellow junior Ian Reed also played one of his best games of the season as he scored 13 points on 6-12 shooting while also dishing five assists, grabbing five rebounds and picking up two steals.

“Ethan Colegrove and Easton Davis was the difference for us tonight,” coach Thompson said of his two big men. “If they play like that, they make us a different team. Our guards are so steady and they were again tonight. You know what you’re getting from Caleb (May) and Ian (Reed) played probably his best game of the season for us..I’m just proud of the way we scratched and clawed, we needed this win.”

Joby Sorrell came off the bench for Tug Valley and hit a pair of big 3s in the game finishing with six points, while Matt Linville rounded out the scoring with a bucket.

Tolsia landed four players in double-figures on the night led by Jesse Muncy’s 17 points on 5-19 shooting, including 0-4 from three range. Ball and Tyler Johnson each added 14 points while Austin Salmons followed them with 10.

The Panthers dominated the glass on the night as they out-rebounded the Rebels 34-20. Tug Valley did struggle at the charity stripe as they hit only 7-22 attempts for the game for a 32% clip, while Tolsia hit 12-20.

The win for the Panthers improved them to 2-4 on the season as they look to claw their way back to .500. Three out of their four early season losses are to three teams ranked in the top five in Class A: Notre Dame, Charleston Catholic and Greater Beckley Christian.

Tug Valley is back in action on Tuesday night in another sectional contest as they travel to Huntington St. Joe in a 7:30 p.m. tipoff before playing in the 18th annual Hatfield McCoy Shootout on Saturday at the Williamson Fieldhouse.

The Panthers are set to play Wyoming East on Friday night at 9:30 p.m. and then tussle with Pikeville on Saturday in a 7:30 p.m. tipoff.