Sign Up
Log In
Purchase a Subscription
You are the owner of this article.
Edit Article Add New Article
You have permission to edit this article.
Edit
Welcome, Guest
Home
News
Sports
Features
Photos
Opinion
Obituaries
Classifieds
Legals
e-Edition
1 of 8 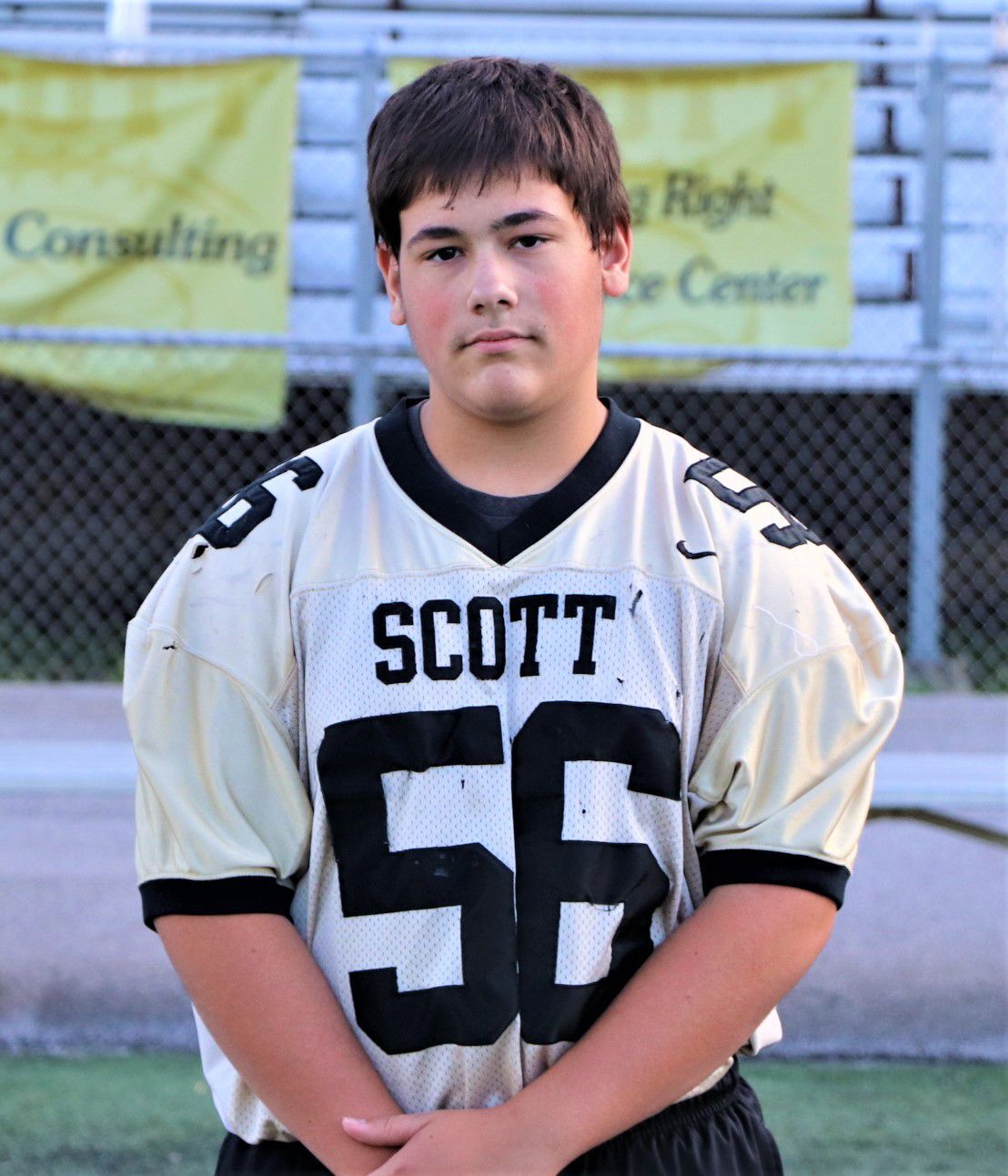 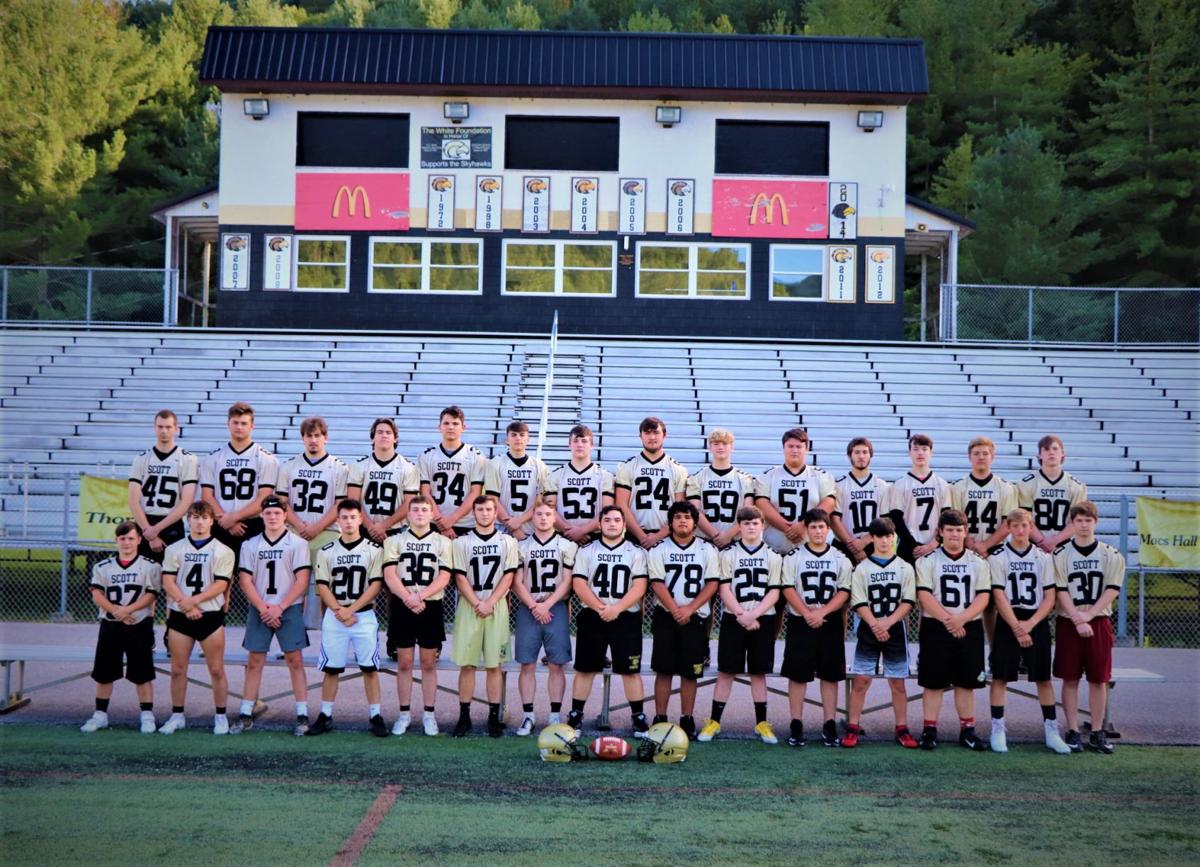 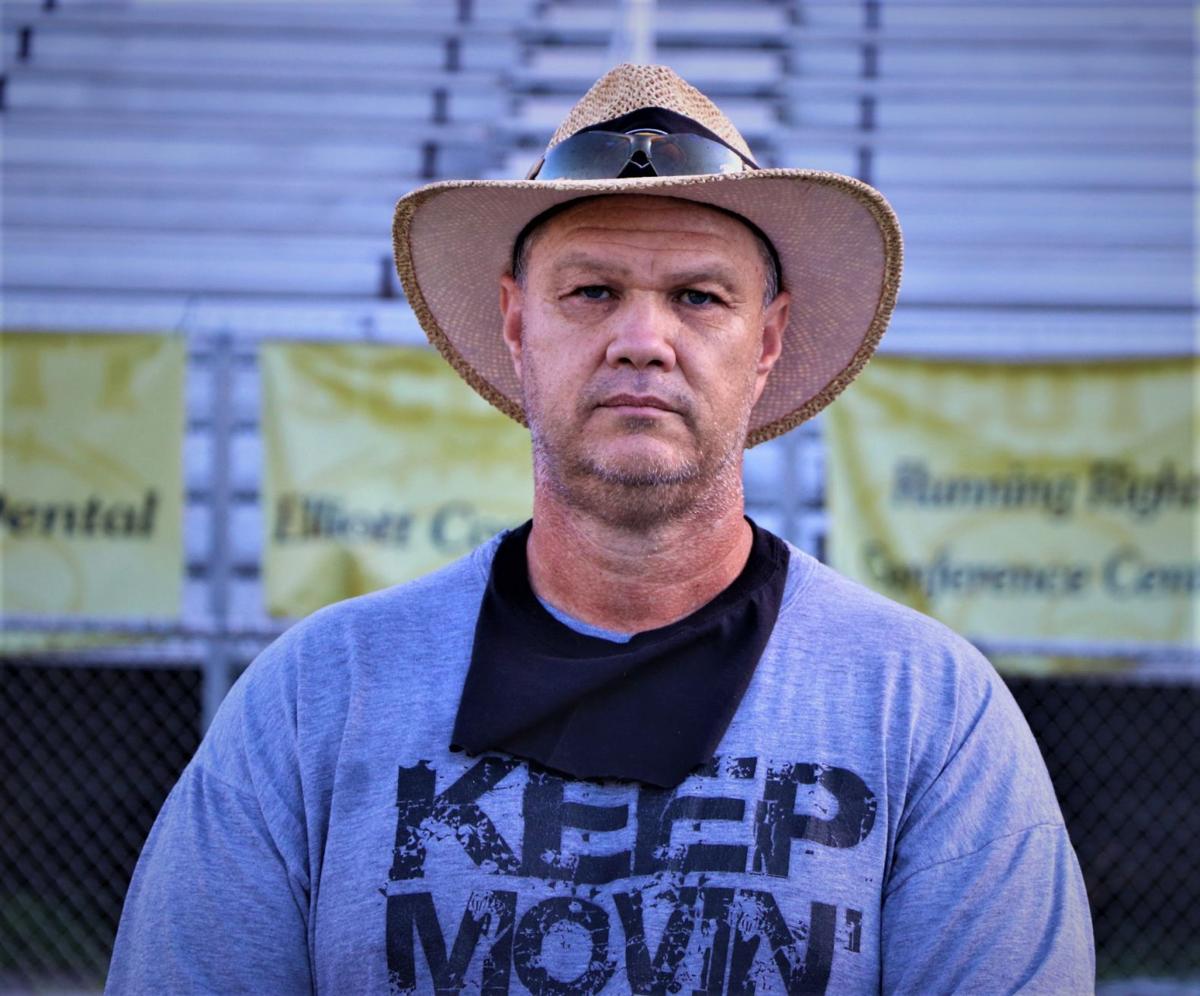 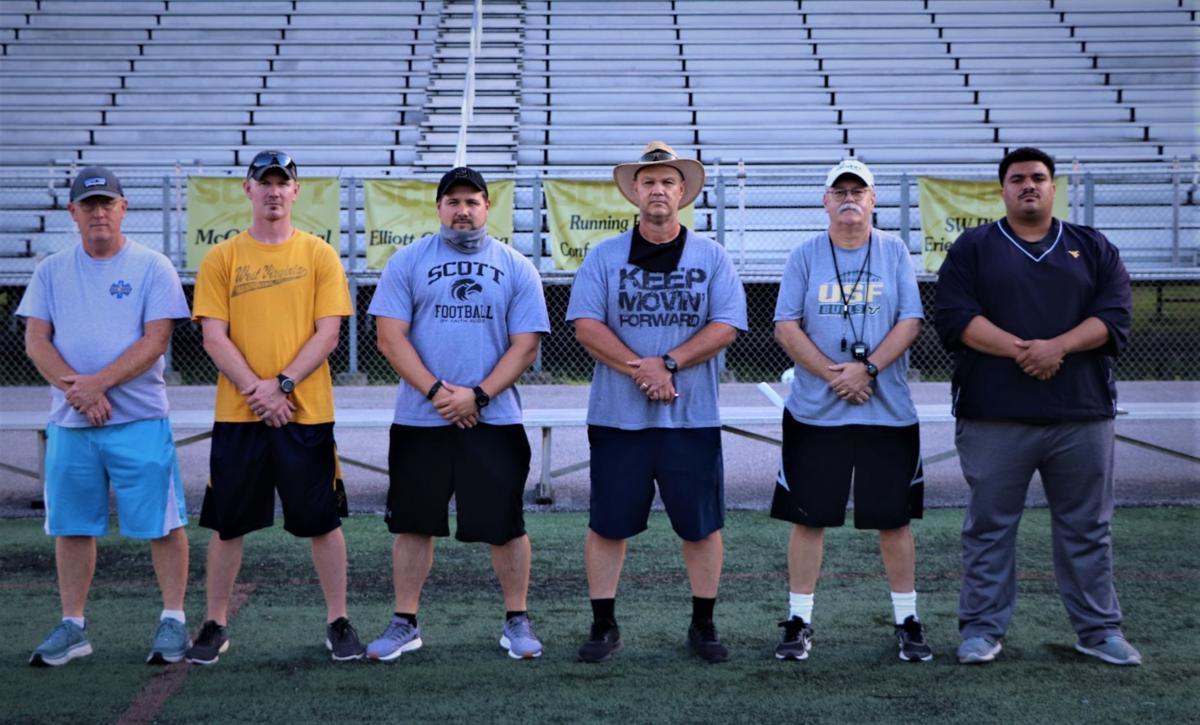 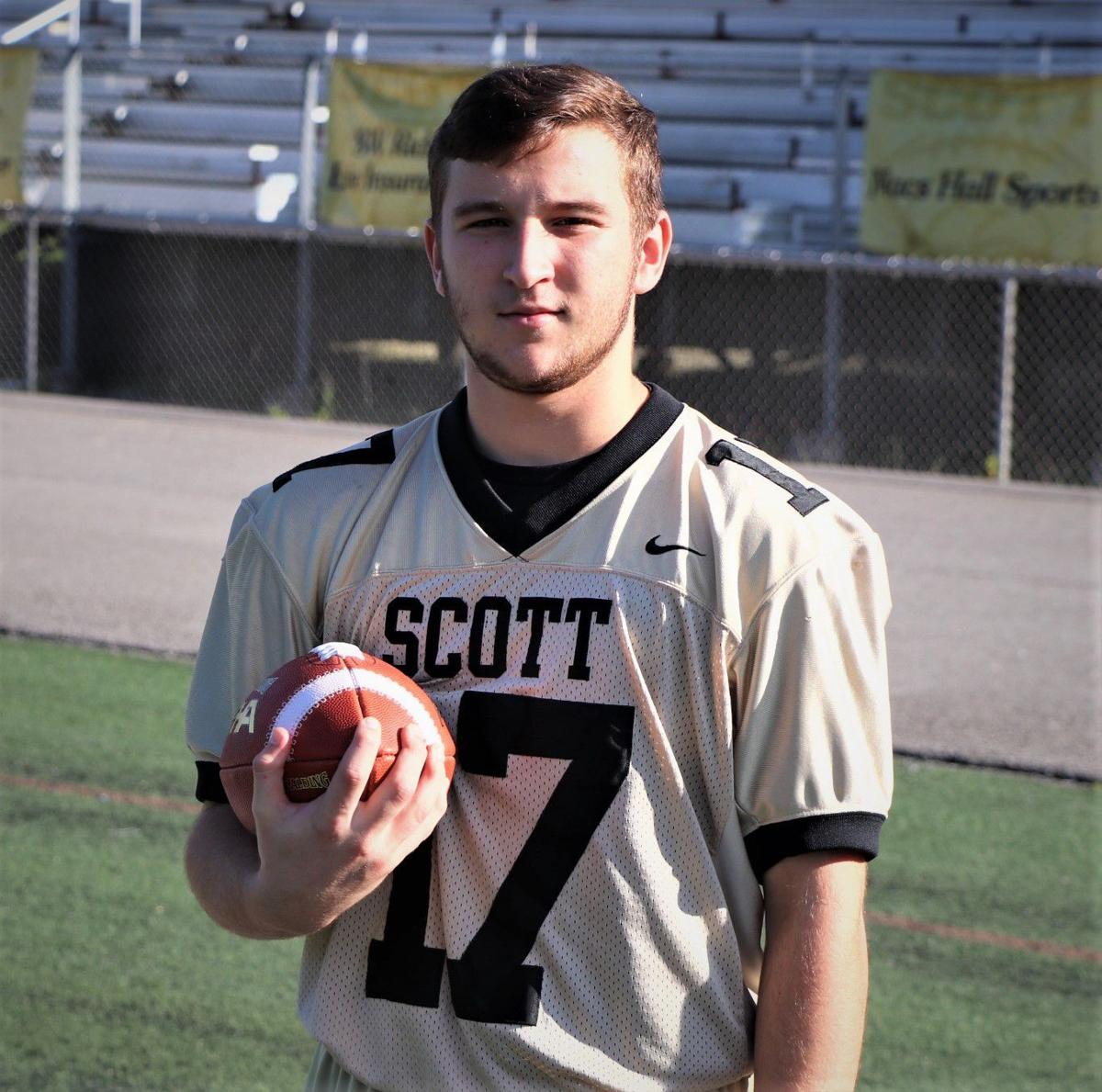 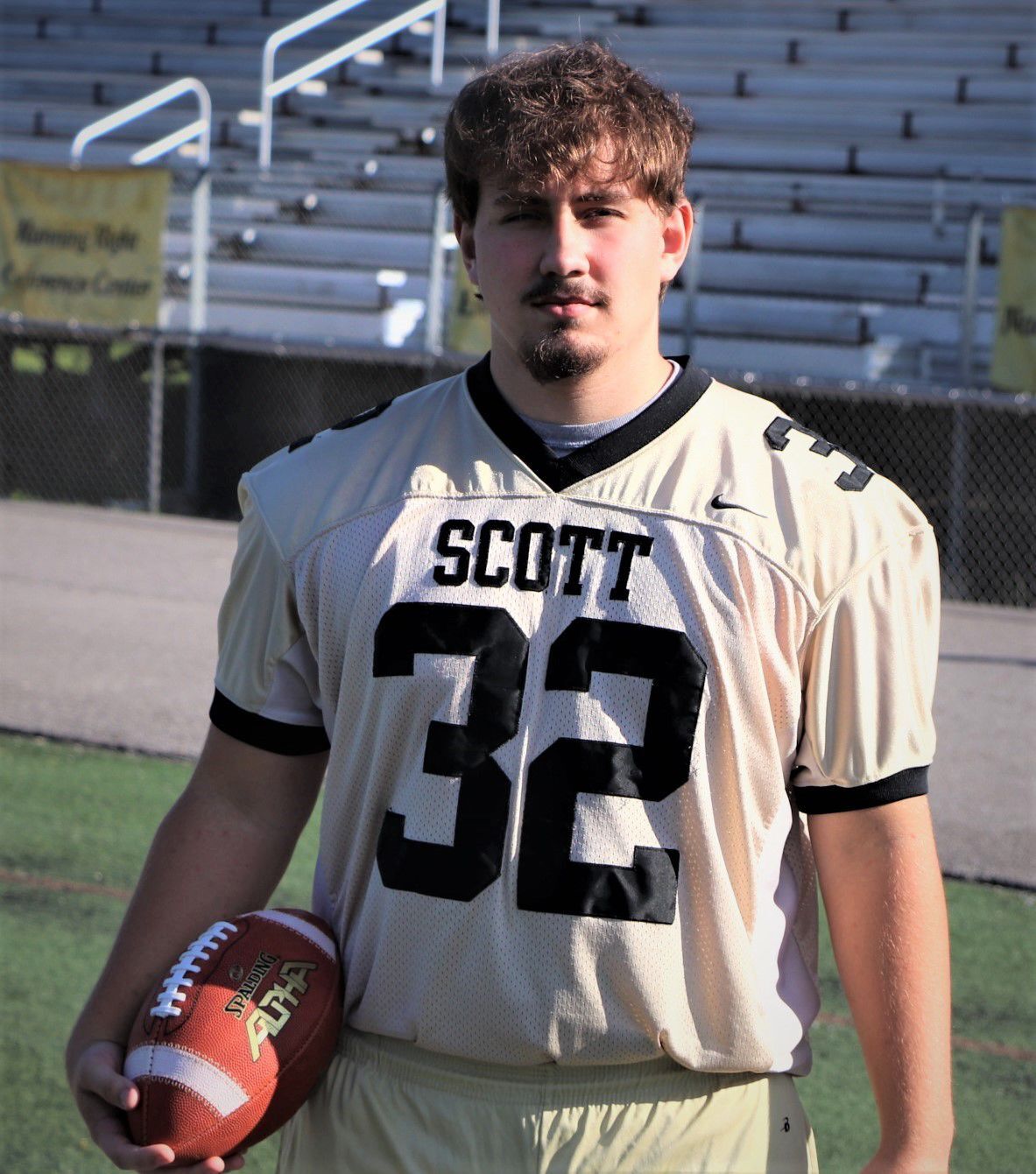 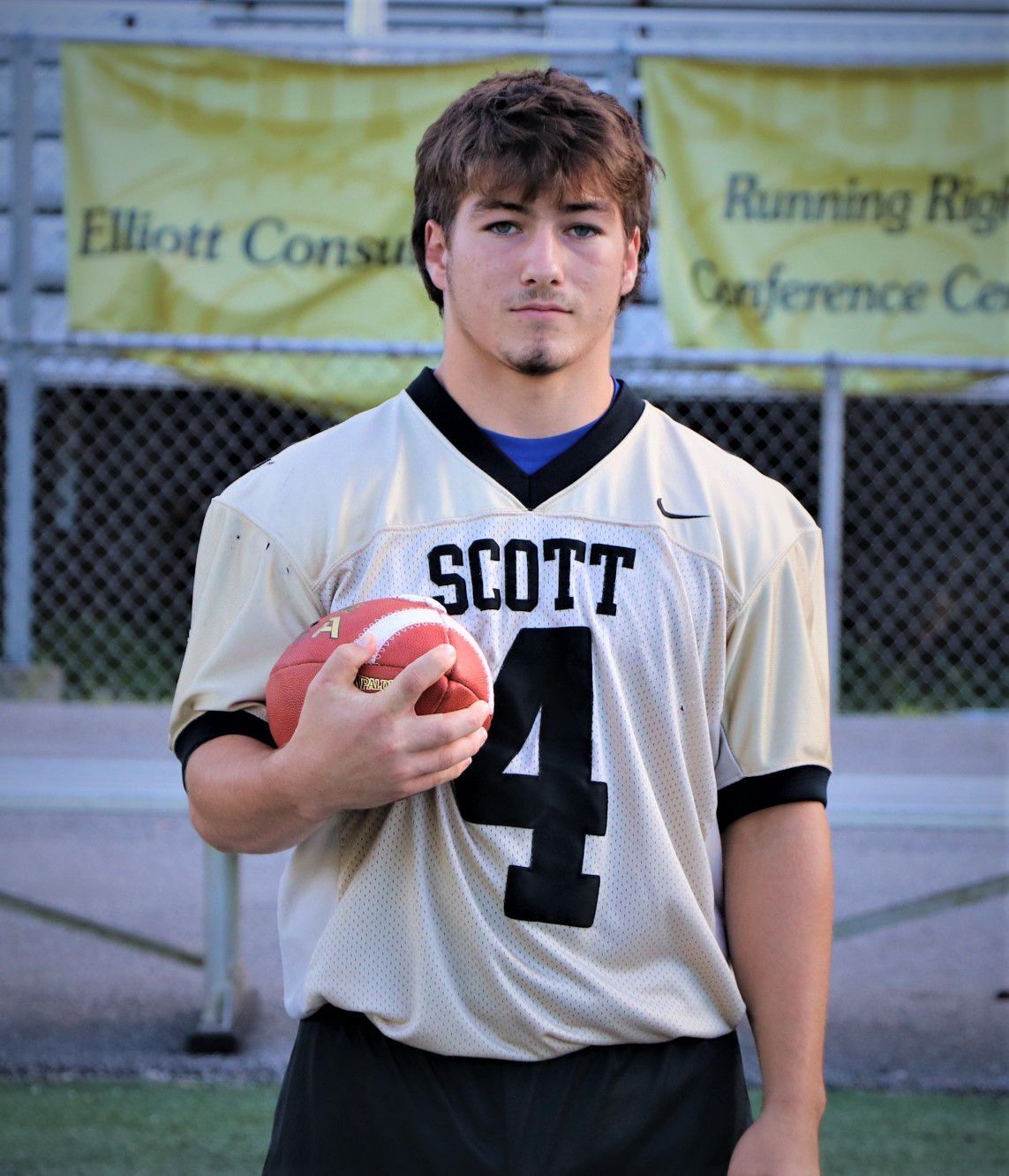 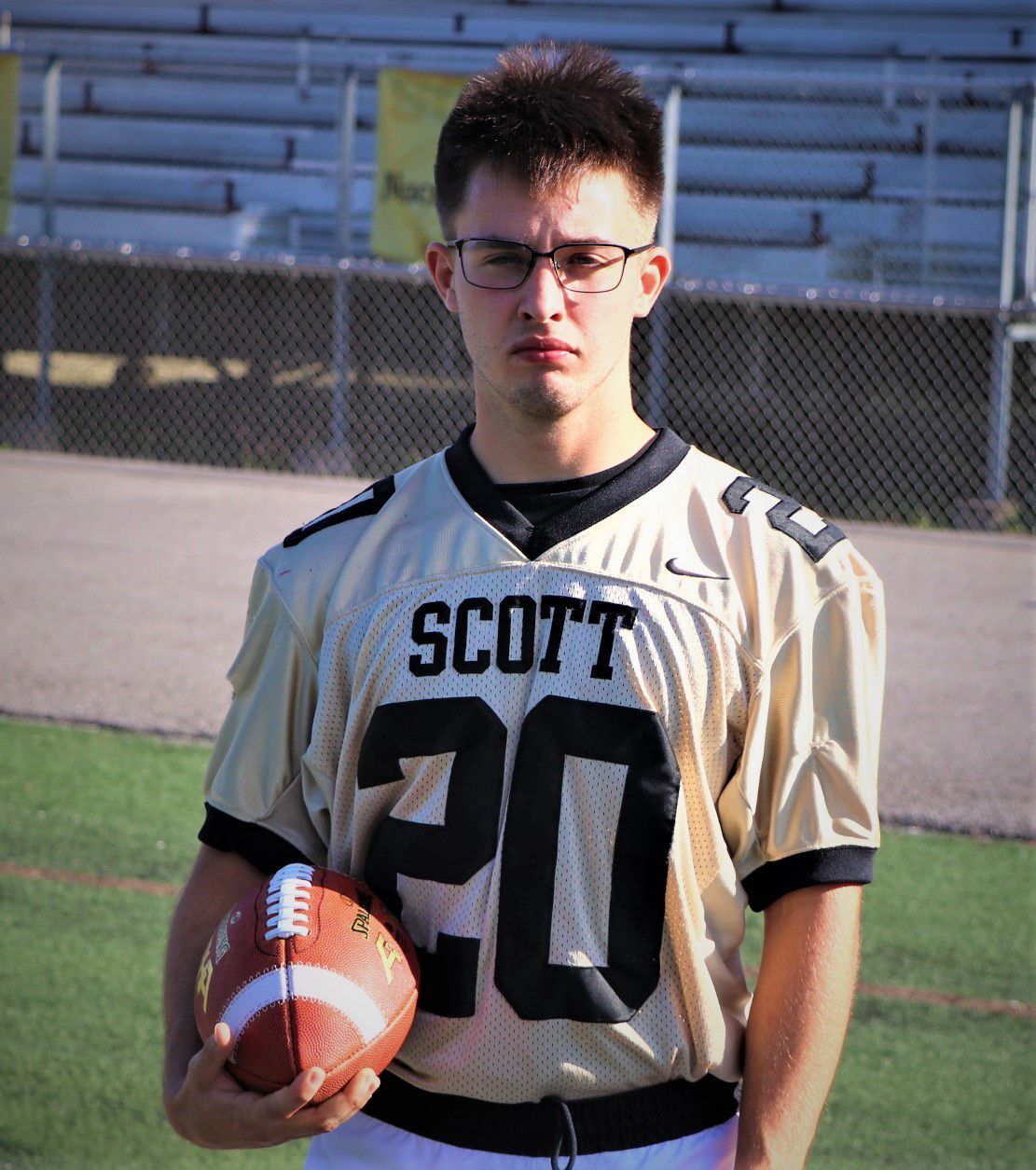 “Our guys know what the expectations are and we’ve established that early on,” Griffith said. “It starts with the work you put in when nobody is watching and it ends with your consistent effort come game time.”

Cardinal Conference member Scott (1-9) in 2019 will take the field without last year’s total average yardage leader in senior quarterback Caleb Hughes whose family relocated to another state. The athletic Hughes suffered a broken foot in a loss to Chapmanville and was lost for the remainder of the year.

The Skyhawks have responded with a shift of personnel that Coach Griffith is very comfortable with.

“I really like our backfield and the progress we’ve made up front,” he said.

“This season is important for us because growth is needed to get where you want to get. I told our guys last year that before they could learn how to win that they had to learn how to lose. Losing is when you play four quarters and get beat. If you quit, that isn’t losing.”

For the 2020 Scott High Skyhawks, their roster will hover around the 24 to 28 mark with an optimistic hope for more participation from student athletes moving forward.

“Usually you pick up two or three guys that you weren’t expecting to come out but I think that is different this year for all of us because of COVID-19,” Griffith added.”

Griffith mentioned a moment from 2019 that he felt was important in team growth and maturity. In their last game of the season at Nitro, the coach saw something that he was encouraged by.

“We were 1-8 and not a lot of motivation to play that game,” he said. “We were up in the third quarter with a chance to win the game. That is when I realized that our returning guys had bought in. Those guys aren’t playing four quarters to lose and that they were playing to win. We’re going to win some games and we are going to compete. That is where we are transitioning to in 2020.”

Sophomore standout Klay Mathews will run a triple option offense at quarterback and he will be supported in the backfield by various combinations of Junior Kyle Mathews, Cooper Martin and fullback options Michael Clay and Dane Messer.

“We are farther along right now than I thought we’d e at this point when I came back (prior to 2019 season),” Griffith added. “I feel that we have overcome obstacles and taken on challenges and that comes down to leadership in our locker room. I can only put the vision out there and they have to take that and do something with it.”

He continued, “Klay has worked tirelessly on improving his passing skills and he’s put on 20 pounds of healthy weight and he’s squatting over 400 pounds. His progression in this triple option offense has been fun to watch. He has the natural toughness and grit that you need to run this and I’m excited to see what he does with it. I saw the potential in him for this last year but I didn’t want to feed it to him too soon. I think the timing is right. He’s ready.”

The older Mathews brother Kyle made a big impression in his first year of football in 2019 and saw most of his time on defense.

“We knew that we’d like to get his speed on the offensive side of the ball and he isn’t going to run around back there — he’s a north and south kind of runner. He’s not dodging out there, he’s going for the goal line,” the coach said.

Martin, a junior is known to be a hard runner and along with seniors Clay and Messer getting reps at the fullback spot.

Clay began 2019 as the team’s quarterback but his versatility and willingness to be a team player saw him line up at tight end and multiple spots on defense.

“Michael Clay is an athletic kid at that size and I watched him hand-clean 275 pounds the other day so he’s also strong in his upper body and is a downhill runner when he has the ball,” said Griffith. “It takes more than one defender to get him down. Michael is big and strong enough at Class AA ball to be a lineman but he has a skill set with the ball the forces you to use him more creatively. It is a good problem for a coach to have. He’s a load coming through there.”

Messer, the team leader in tackles on defense provides a universal resource in the tool kit for the coaching staff on the offensive side of the ball where he can play any position in the backfield if needed. Messer will see reps in the rotation.

“Dane is different than Michael coming through the line on a dive — he’s not going to move the pile as much but you’ve got to find him. He’s through there so quick and he hits the hole in a flash.”

Martin will serve as the backup at quarterback, running the triple option.

On the offensive line, Scott looks to go lean and mean with an athletic group of mountain movers

Junior Cody Nantz will return to the center position where his coach appreciates his length in this offense.

“It forces the defensive line back an additional six or seven inches from a traditional set because your guards and tackles can back up with him,” he said. “You gain distance in making that defensive tackle read. Cody is a phenomenal athlete in that position..”

Isiah Brown and Gavin Sutphin will anchor the interior at guards. Sutphin is a returner and Brown will make his first starts as a sophomore. Will Elkins figures into that group as a guy who can play anywhere on the line.

“They are all still competing for spots so things can change,” the coach said.

At tackles, Ridge Flores, Eli White and Ryan Elkins compete for starting roles. Flores returns strong after a broken ankle at Sissonville last season sidelined his season. Elkins proved to be a formidable run stopper on defense in 2019.

Jeff McCoy returns to a split receiver position and Reece Carden brings a basketball frame to the wideout position for his first year of varsity football.

“Reece has length and height and he knows how to go up and high-point the ball,” he said. “Matt Frye is competing for that position as a freshman. He was a quarterback in middle school. He knows the game. He is a good route runner. He gives us additional depth at quarterback.”

Tyler Whitman brings his 6-foot-4 frame to compete for a tight end spot along with Hunter McCoy who comes out for football for the first time and shown that he can catch the ball.

Week four will feature the rekindling of the Sherman High rivalry game that hasn’t been played in over a decade. The Tide leads that series all-time 47-38-5.

“We feel like we have a great schedule and there is a rivalry game, a great conference slate and a Class AAA game on there,” he said. “We feel that it is time to move this thing forward and reach some goals. Our guys have put in the work and the time and we have to go prove it on the field.”

Scott kicks off their 2020 campaign at Cardinal Conference foe Wayne on Sept. 4.