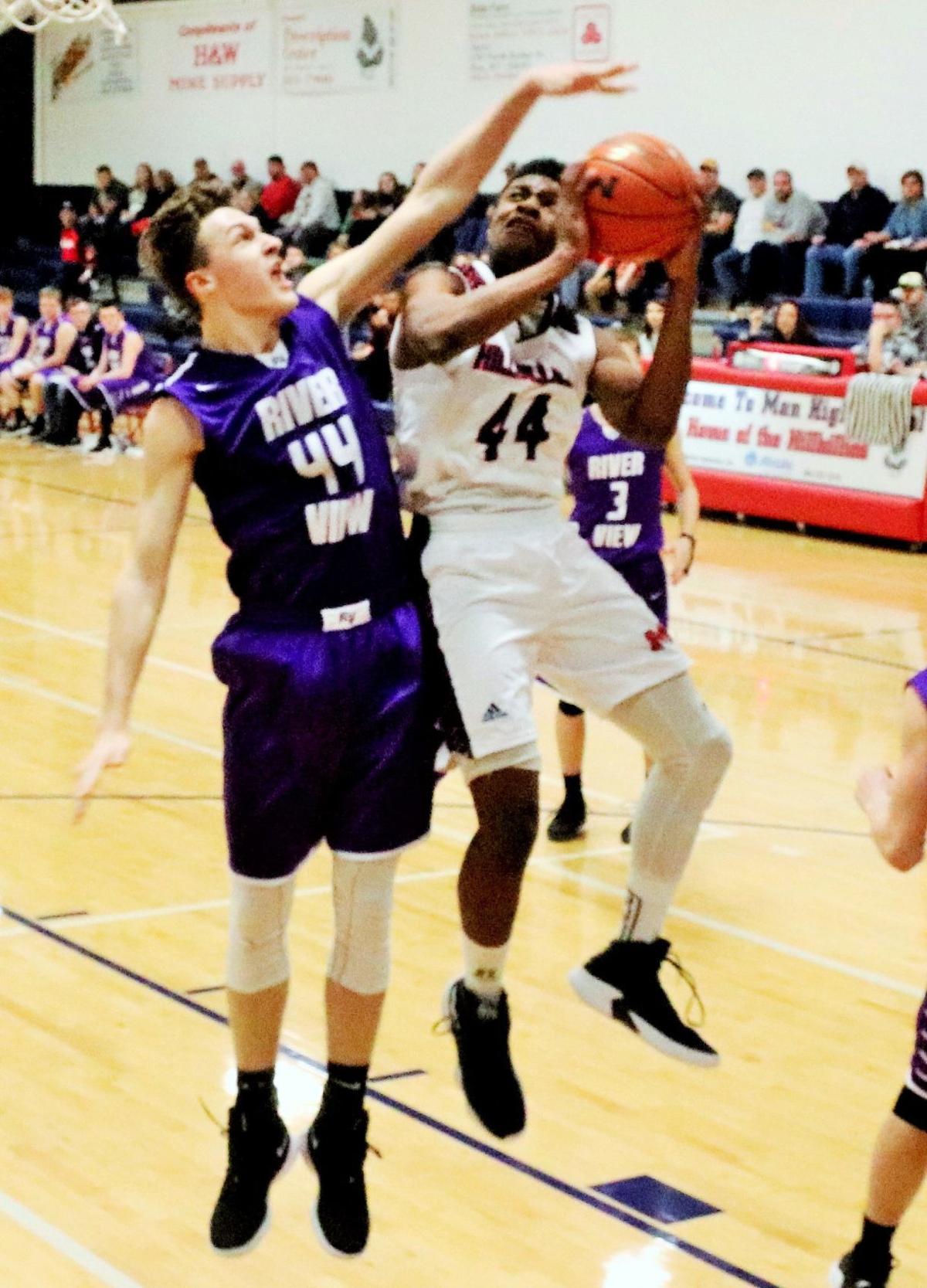 Man's Quentin Moody (44) puts up shot in the lane in action last season. 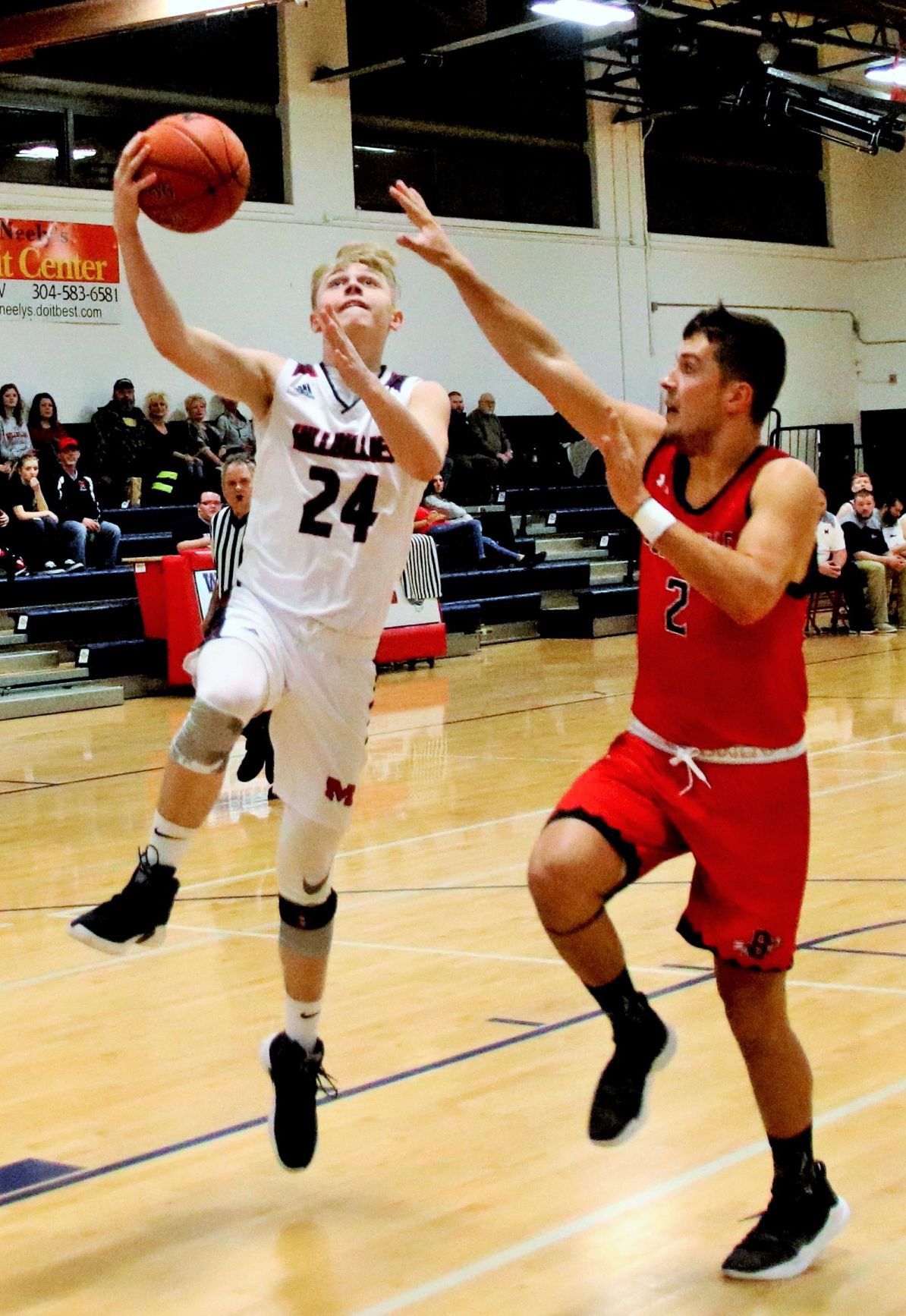 Man High School's Caleb Blevins goes in for a layup in last season's 82-73 loss to the Sissonville Indians.

Man's Quentin Moody (44) puts up shot in the lane in action last season.

Man High School's Caleb Blevins goes in for a layup in last season's 82-73 loss to the Sissonville Indians.

MAN — This year will mark the final season for Man High School as a Double-A school.

With the recent announcement by the WVSSAC and its new realignment, the Hillbillies will be heading back down to Single-A status next year.

So this season, Man will hope to have a successful last year in the Class AA ranks.

Man, led by fourth-year head coach T.J. Blevins, was 10-13 last season, falling 84-46 to Lincoln County in the opening round of the Class AA Region 4 Section 2 Tournament at Logan.

The Billies will field a very young team this season but will hope to put all the pieces together by postseason tournament time.

“Last year we lived and died by the 3-pointer but this year our offense will change,” Blevins said. “We now have an inside/outside team. We can feed the post and find the open man. The inside game will help our outside game this year.”

Man’s top three players returning are Austin Ball, a 6-foot-4 sophomore, Caleb Blevins, another sophomore, and Ryan Cozart, a junior. Ball and Cozart are forwards. Blevins is a guard.

Man also welcomes in transfer junior guard Peyton Adams, from Logan High School. Adams is expected to make an immediate impact with the Billies this season and will likely run the show as the point guard.

“We now have a true point guard,” Blevins said when asked about Adams coming in.

Also pushing for lot of playing time are sophomores Jeremiah Harless and Jackson Tackett and junior Christain Toler, who all three can shot the 3-ball.

Senior Jacob Frazier and juniors Hunter Anderson and Brady Hall Montgomery will be looking for playing time as well.

So far, Blevins likes what he sees.

“This is the most athletic team since I’ve been here,” he said. “Most of guys have been in the gym since March and played travel ball all summer.

Man is scheduled to open the season on Dec. 12 at home against Mercer Christian. The Hillbillies then travel to Mount View on Dec. 13 and to Point Pleasant on Dec. 17.

Man plays Tug Valley on Dec. 19 in the inaugural Country Roads Classic at Chapmanville and then returns to the CRHS tourney on Dec. 21 with a game against Nitro.

Other highlights to the schedule are home-and-home series against county rival Logan and Mingo Central.

Man will play its last 2A season in its current six-team sectional against Chapmanville, Logan, Mingo Central, Scott and Lincoln County.

Chapmanville, the two-time defending state champions, are favored to be the No. 1 seed and win the sectional, however, the No. 2 seed appears to be up for grabs with Logan, Mingo Central, Man and Lincoln County fighting for positioning.