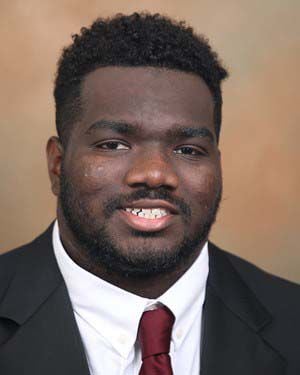 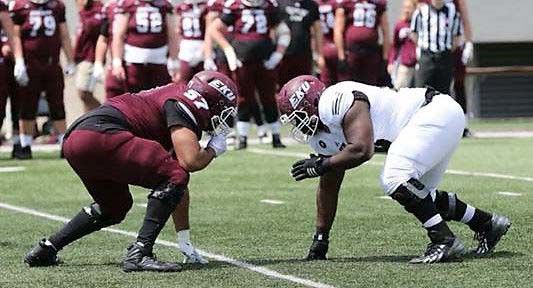 Horton suffered the injury right at the start of camp for his redshirt-freshman season for the Colonels when he was expected to be in the starting rotation along the defensive front.

He had his first surgery within a week of the initial injury and was expected to make a full recovery for the 2019 season, but that was not the case.

"They were hopeful I would be able to play again even after this second surgery but it was just too big of a risk," Horton said. "If I mess it up again it could hurt me in the future with getting a job, or even playing with my kids. It was just a big risk to take and the surgeons at UK thought it would be in my best interest not to play."

During high school he was also a part of the wrestling and track and field teams at Belfry and captured the regional shotput title.

Horton, who was a 2-star recruit coming out of high school on most recruiting services, chose EKU over offers from Ball State, Florida Atlantic, Toledo, Western Kentucky, Tennessee Tech and Morehead State. He also had drawn interest from Kentucky, Louisville, Florida, Ohio State, and Marshall among others.

He has never played in a game for the Colonels as he enrolled at EKU in 2017, and used a redshirt year to adjust to the college life while also getting stronger on the field while retaining all four years of eligibility.

He was expected to have a major impact in the 2018 season however before being derailed by the chest injury.

Ray's mother, Jessica Horton, was a standout basketball player at Matewan High School and then at West Virginia Tech, where she is a member of the school's Hall of Fame and his uncle, David Jones, was a four-year football player at the University of Kentucky and a two-time state champion at Belfry.

Even though he played at Belfry, Horton grew up at the community of Little Italy Camp in Red Jacket, West Virginia.

Horton, who is a junior in the classroom but a redshirt-sophomore on the field, said that he is still a member of the team and is still on a full athletic scholarship and will be able to finish out his degree at EKU. He declared his major last year of physical science.

Jarrid McCormick is a sports reporter for the Williamson Daily News. He can be reached by email at jmccormick@HDMediaLLC.com.