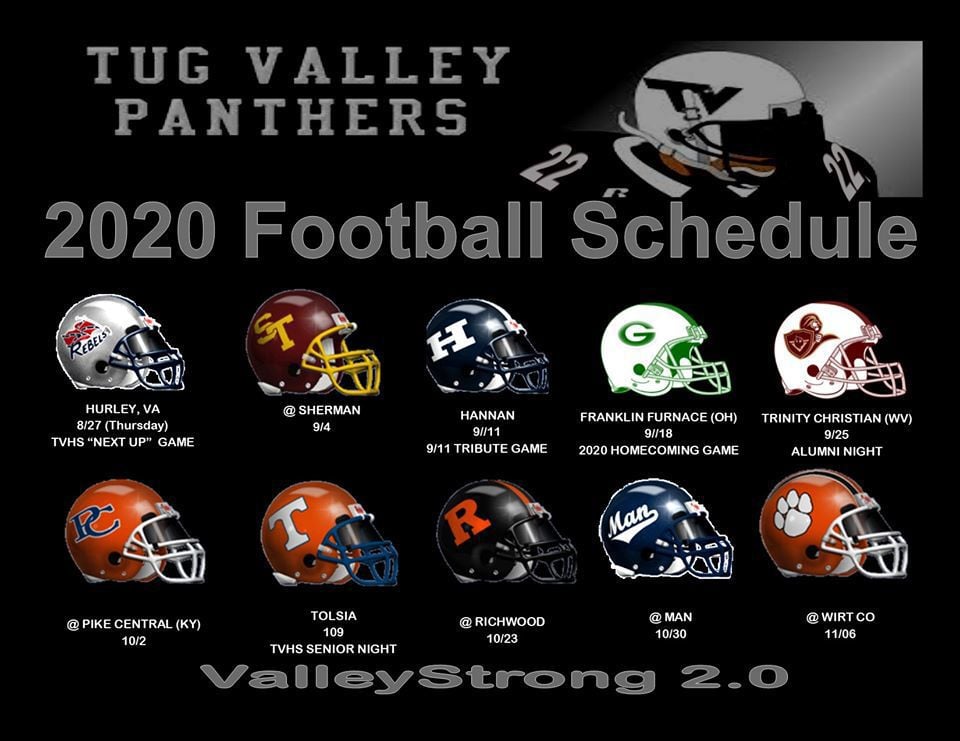 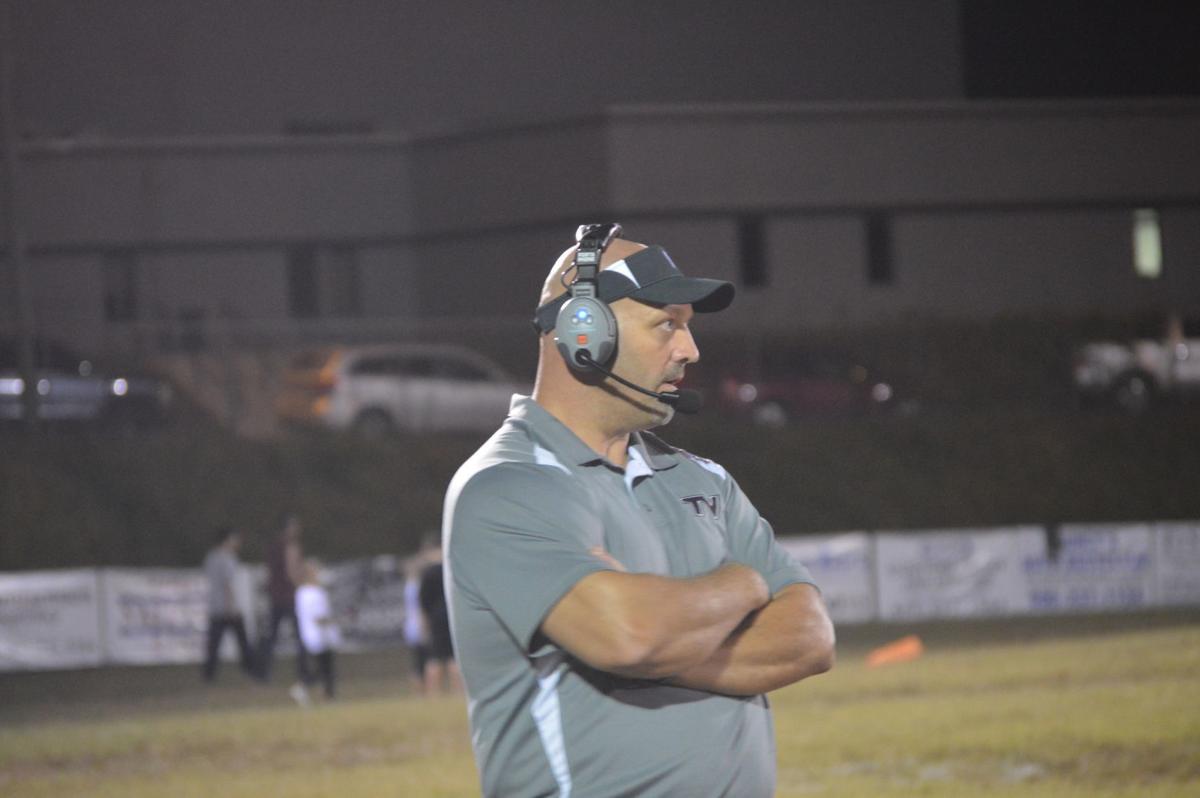 Tug Valley head coach Hady Ford looks on during a game at Bob Brewer Stadium in Naugatuck, W.Va., in his first season leading the Panthers.

Tug Valley head coach Hady Ford looks on during a game at Bob Brewer Stadium in Naugatuck, W.Va., in his first season leading the Panthers.

NAUGATUCK — With Spring sports and the suspended state basketball tournaments both being cancelled this past week by the WVSSAC following Gov. Jim Justice’s decision to close down schools in West Virginia for the remainder of the school year due to COVID -19, it seems like the right time to take a look-ahead at the 2020 Tug Valley Panther football schedule.

The Panthers will be entering the second year of the Hady Ford era in Naugatuck and will be looking to build on the success they saw in the 2019 season in which they finished 6-4 and qualified for the Class A playoffs.

TVHS only had nine games on the 2019 schedule after Notre Dame folded its program shortly before the start of the season, but the 2020 schedule will feature a full 10-game slate.

They will play several familiar opponents with seven teams returning to the schedule from a year ago, but they will also be playing three new opponents for the first time in school history in 2020.

The schedule will be evenly balanced with five home games and five road games, but four of the first five games are at home while all but one of the final five games will be on the road.

The Panthers will open the season against the Hurley Rebels out of Virginia for the second consecutive year. The Rebels went 5-5 in 2019 took the opener a year ago against Tug Valley 22-14.

The game will be played at Bob Brewer Stadium on August 27 which is a Thursday night, the night before the annual Pike County Bowl. This will be the fourth straight year the two teams have played, with Tug Valley leading the all-time series 6-2.

Week two will see the Panthers travel to Boone County to face Class A foe Sherman for the 13th consecutive year. TVHS beat the Tide 32-12 in 2019 and leads the all-time series 9-7 but has won 8 of the last 10 match ups. Sherman finished 1-9 a year ago.

After the one game road trip TVHS will return to Naugatuck for a three-game homestand. Week three will see the Hannan Wildcats make the trip to Mingo County looking for their first win in their sixth meeting with the Panthers while weeks four and five will see two opponents make the trek to Bob Brewer Stadium for the first time.

In week four Tug Valley will welcome Green High School out of Franklin Furnace, Ohio to Naugatuck on Sept. 18 for the annual Homecoming game and then will host Trinity Christian School out of Morgantown in week five.

The Green High School Bobcats finished 5-5 during the 2019 season while Trinity finished 2-8 in what was only their second full season in school history.

After the week five contest against the Warriors, the Panthers will hit the road and make the short trip to Pikeville and play the Pike Central Hawks. The Hawks went 8-4 in Kentucky’s Class AAA in the 2019 season, including a 80-48 win in Naugatuck. PCHS leads the all-time series over TV 3-0.

Week seven will see the silver-and-black return home in what is arguably the most anticipated game on the schedule, as they will host the rival Tolsia Rebels.

The Rebels from nearby Wayne County went 7-4 in the 2019 season and qualified for the Class A playoffs. They defeated the Panthers 44-38 in a thriller in Glenhayes a year ago and leads the all-time series 12-3.

After taking a much needed bye week in the eighth week of the regular season on Oct. 16, TVHS will gear up for a three-game road trip to close out the 10-game slate.

In week nine the Panthers will travel to Richwood High School and play the Lumberjacks for the second time in school history, but the first time in Nicholas County. The Lumberjacks went 3-7 in 2019 including a 34-15 loss to the Panthers in their first ever meeting in Naugatuck.

The next game in week 10 will be another highly anticipated contest as coach Ford’s team will make a much shorter trip to nearby Logan County and battle the Man Hillbillies, who will be dropping back down to Class A for the 2020 season.

The Panthers handed the ‘Billies their first loss in the 2019 season after a 7-0 start with a stunning 20-12 win in Naugatuck. This will be the ninth consecutive season the two teams have met with Tug Valley leading the series 7-3.

The final game of the regular season will see TV play their third new opponent as they will travel to Wirt County and tussle with the Tigers. They went 4-6 and missed the Class A playoffs in the 2019 season.

Below is the 2020 Tug Valley football schedule with dates of the game in full: