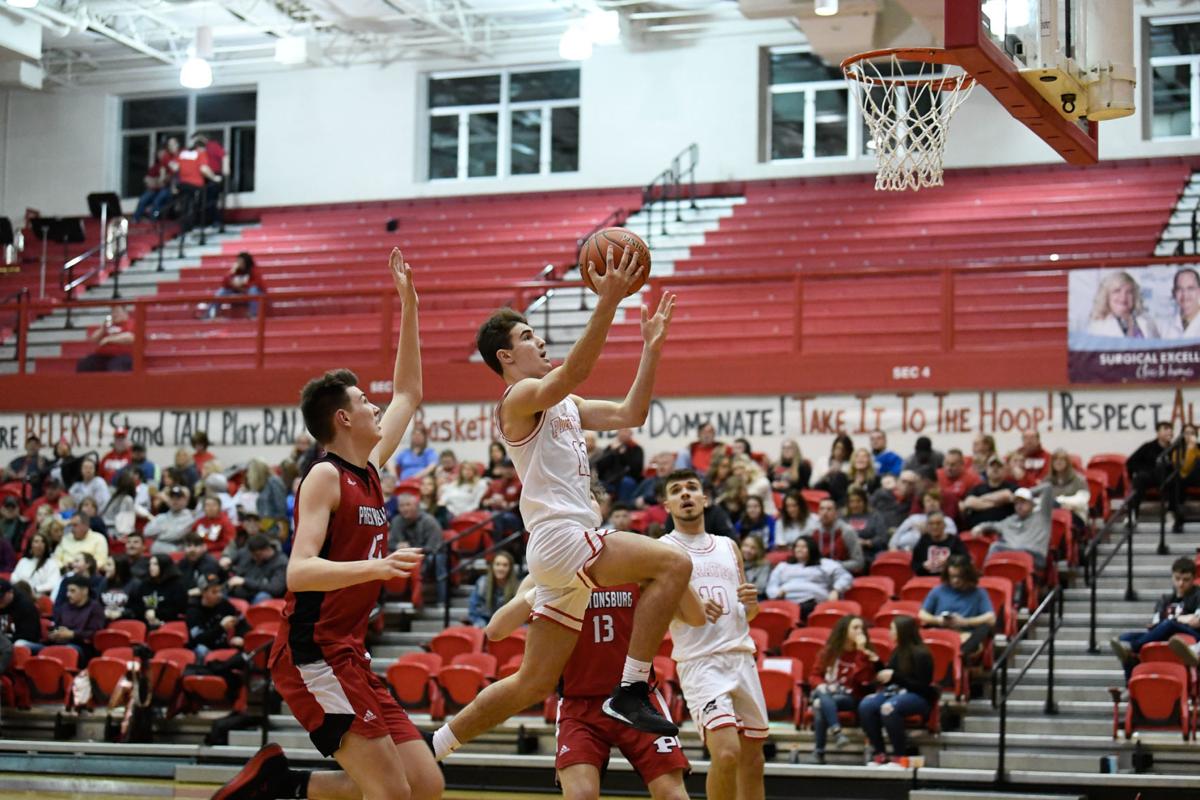 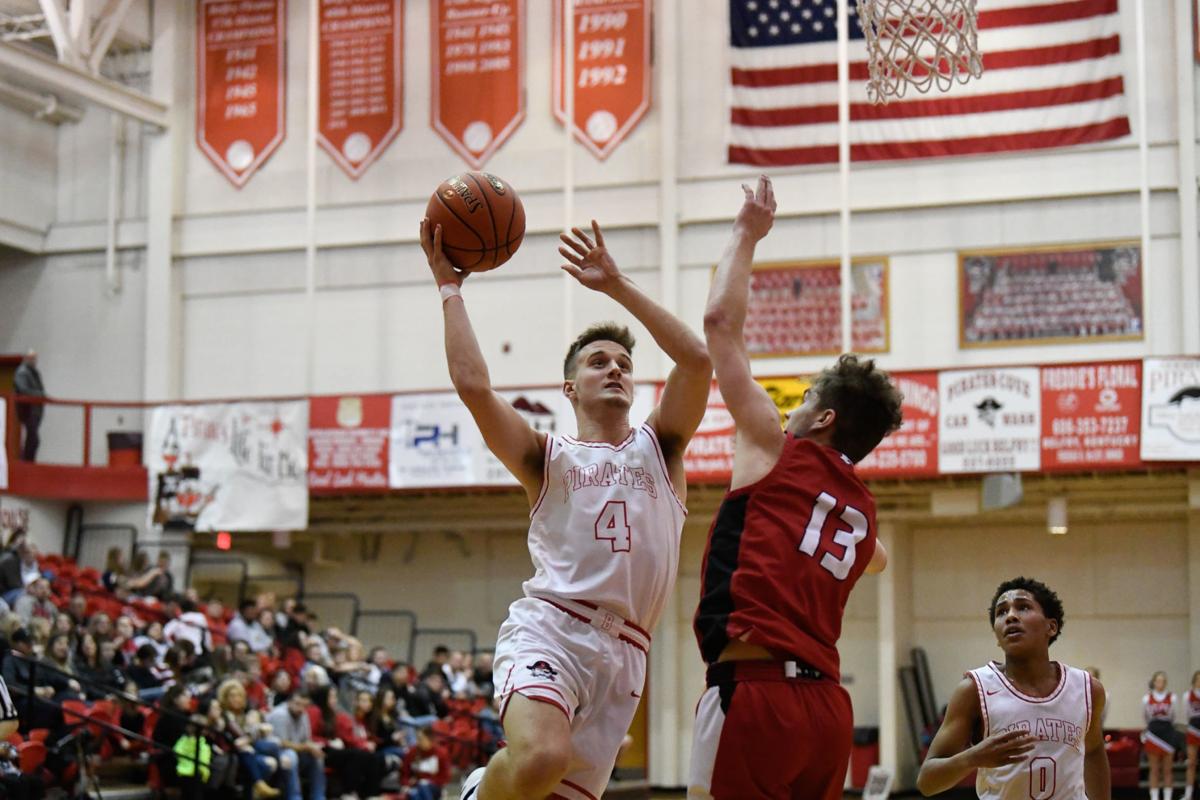 Ray Justice Photography Belfry senior Dylan Goff finishes through contact for two points during the Pirates 80-66 win over Prestonsburg on Tuesday, Jan. 28, 2020 inside the BHS Gymnasium.

Ray Justice Photography Belfry senior Dylan Goff finishes through contact for two points during the Pirates 80-66 win over Prestonsburg on Tuesday, Jan. 28, 2020 inside the BHS Gymnasium.

GOODY, Ky. — The Belfry Pirates snapped a six game losing streak on Tuesday of this past week as they cruised past visiting Prestonsburg by a final score of 80-66.

The Pirates got off to a blazing start to begin the game as they raced ahead to a 21-8 lead after the first eight minutes of play and never looked back.

They extended their lead to 16 at 41-25 going into the halftime locker rooms and pushed that advantage to 21 at 65-44 going into the fourth. The Blackcats cut into the Pirate lead in the fourth quarter as coach Mark Thompson emptied his bench but BHS was able to secure the 14-point win.

Freshman guard Sal Dean led the way for the red-and-white as he scored a team high 20 points while also grabbing a team high nine rebounds and dishing five assists.

Shooting guard Austin Hager joined him in double-figures with 15 points while Brett Coleman and Jax Thompson each followed with eight.

The Pirates dominated the Blackcats on the boards as they grabbed 44 rebounds to 27 for Prestonsburg. The Pirates shot 31-69 for 45%, including 7-20 from three point range.

SHELBY VALLEY 88, BELFRY 79 (Jan. 31): The Belfry Pirates fell to 15th Region power Shelby Valley in a high scoring game on Friday night in the Belfry High School gymnasium, as the Wildcats came away with the 88-79 win.

The two teams were knotted up at 15 apiece after the first eight minutes of play before the Wildcats separated themselves in the second quarter and took a 39-32 lead into the halftime locker rooms.

Coming out of the break, The visiting Wildcats went on a run to extend their lead into double-digits as they led by as many as 14. But coach Mark Thompson’s club never quit battling and cut the Valley lead back to nine at 64-55 going into the fourth.

The Bucs continued to try and claw their way back in the final eight minutes of action but could never get closer than seven points, as SV held on for the nine point road win.

Freshman Sal Dean went off for the Pirates as he scored a career high 31 points on the night while dishing out nine assists. Shooting guard Austin Hager was the only Pirate to join him in double-figures as he scored 23.

Cody Potter led the Wildcats with 30 points on the night and 10 rebounds while sophomore Elijah Sykes followed with 23 points and 16 rebounds.

Shelby Valley dominated Belfry on the glass on this night as they grabbed 42 rebounds compared to 21 for Belfry.

MARTIN COUNTY 77, BELFRY 59 (Feb. 1): The Belfry Pirates lost their second game in as many nights on Saturday as the Martin County Cardinals had their way with them and picked up the 77-59 win.

The game was even at the start as both teams came out hot offensively with MC leading by one at 21-20 after the first eight minutes of play.

The Cards would extend their lead in the second quarter as the Pirates went cold on the offensive end. They outscored Belfry 19-12 in the period to take the 40-32 lead into the break.

Coach Jason James’ club continued to add to their lead in the third quarter as they pushed the advantage to 60-46 going into the fourth quarter, where they would cruise to the 18-point win. Freshman guard Sal Dean once again was the top scorer for BHS as he scored 19 points while also leading the way with nine rebounds and five assists.

Senior Caleb Spears followed him with 17 points while Austin Hager flipped in 12.

The Pirates turned the ball over 14 times in the game while only forcing Martin County into nine turnovers. Belfry did not score a point at the foul line as they finished 0-5 from the stripe while MC hit 13-19 attempts.

After going 1-2 in the week Belfry sees their season record dip to 7-10 as they have now lost 8 of their last 9 games. The Pirates were back in action last night at home against Paintsville, but scores and stats were not available by press time.

Befry returns to the court on Friday in a district game at Phelps and again on Saturday at home against Johnson Central.