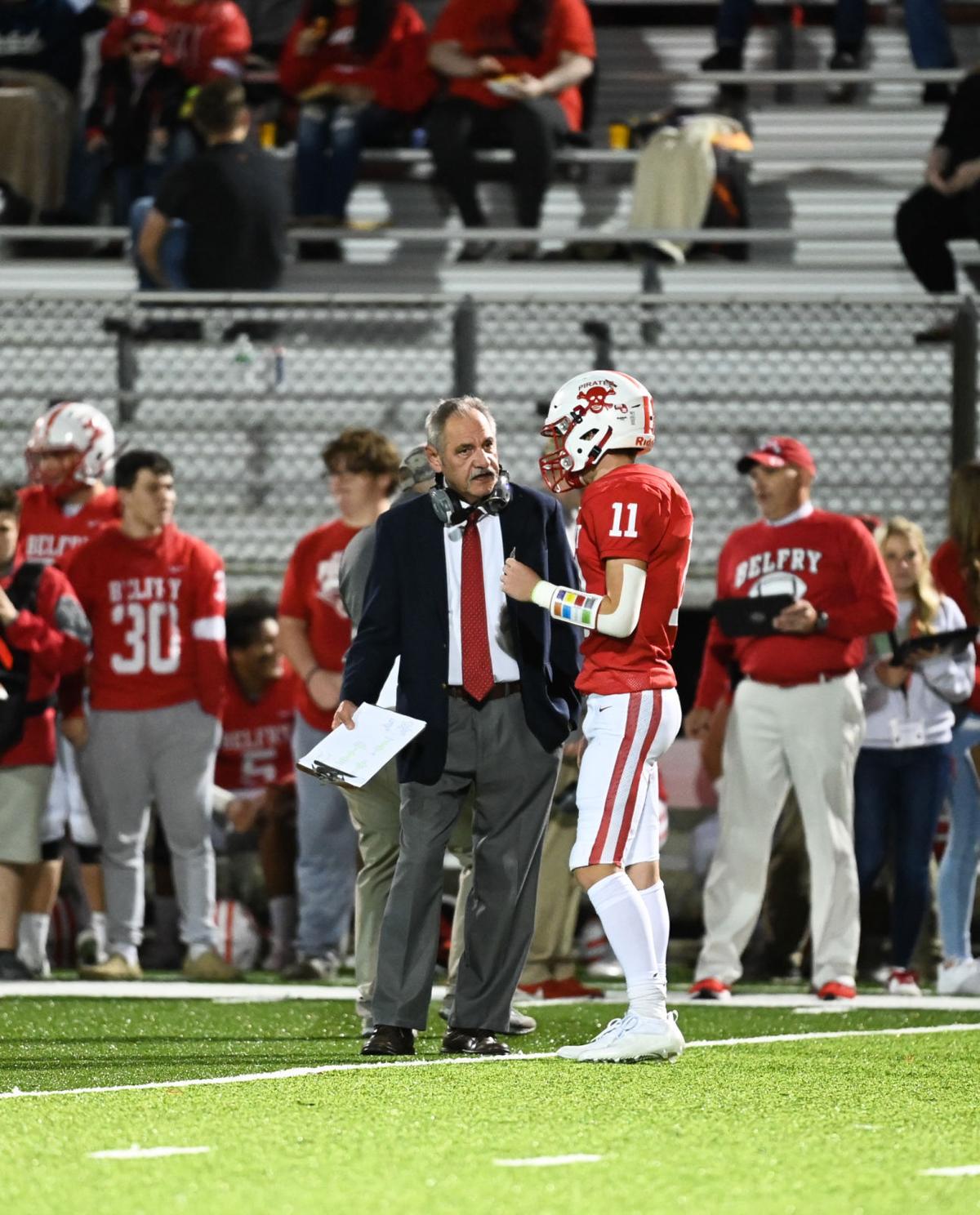 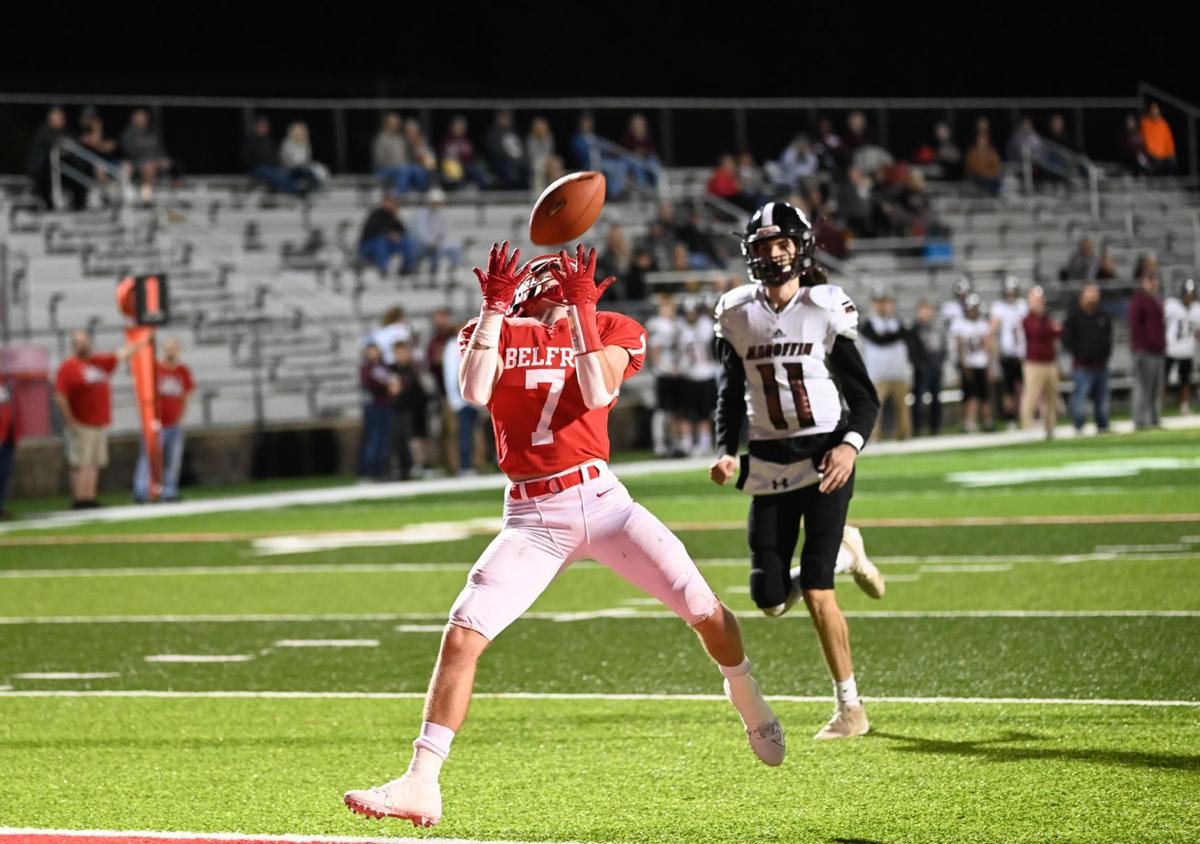 GOODY, Ky. — The Belfry Pirates finally got the monkey off their back and picked up their first win of the 2021 season this past Friday night as they dominated district foe Magoffin County by a final of 43-0.

The Hornets came into the contest at Haywood Stadium with a 3-1 record compared to an 0-5 mark for the Pirates, but the visitors were no match for the red-and-white as they dominated from start to finish.

The Pirates (1-5) came out and put points up on the scoreboard in a hurry as they led 30-0 after just one quarter of play. BHS extended the lead to 37-0 early in the second quarter following a 63 yard touchdown jaunt from Isaac Dixon, which sent the game into a running clock with 9:38 still left in the first half.

Dixon, who sat out the loss a week prior to Pikeville due to an injury, started Belfry’s first four games at quarterback but made the switch back to his natural position of halfback for the Pirates against Magoffin County.

The moved paid off for coach Philip Haywood’s club as Dixon touched the ball three times out of the backfield and raced to the end zone on all three occasions.

To go along with the 63 yard score Dixon had touchdown runs of 38 and 33 yards as he finished the game with 105 yards on only three touches offensively.

The former WVU commit also made an impact defensively as Dixon intercepted a Magoffin County pass and returned it 39 yards for the “pick-six” in Belfry’s 30 point first quarter.

It was one of four interceptions and two returns for a touchdown on the night for the Belfry defense as senior Zayne Hatfield picked off two passes and returned the second one 102 yards to the end zone for Belfry’s final score of the game in the fourth quarter.

It was the second touchdown of the game for Hatfield as he hit pay-dirt in the first half on a 27 yard scoring strike from QB Caden Woolum who was making his second straight start under center.

The Pirates only ran 21 plays offensively on the night and gained 205 yards, with 178 coming on the ground. Dre Young ran two times for 25 yards and Neal Copley added four carries for 25 yards.

Defensively, the “Big Red” defense had their best showing by far as they held the Hornets to only 68 total yards for the game. They held them to only 14 yards rushing on 20 carries as a team and 6-16 passing for 54 yards and the four interceptions.

Belfry senior kicker Gideon Ireson was a perfect 5-5 on extra points in the win but missed a 41 yard field goal towards the end of the first half wide left.

The win for Belfry moves their season record to 1-5 and improves them to 11-0 all-time against Magoffin County.

The Pirates will look to carry the momentum over into another district contest this Thursday night as they travel to play Floyd Central. Belfry is 5-0 all-time against FC since the school opened in 2017.

The Jaguars enter the contest with an 0-6 record and are coming off of a 54-28 loss last week to Pike Central. Kickoff is set for 7:30 p.m. in Langley.