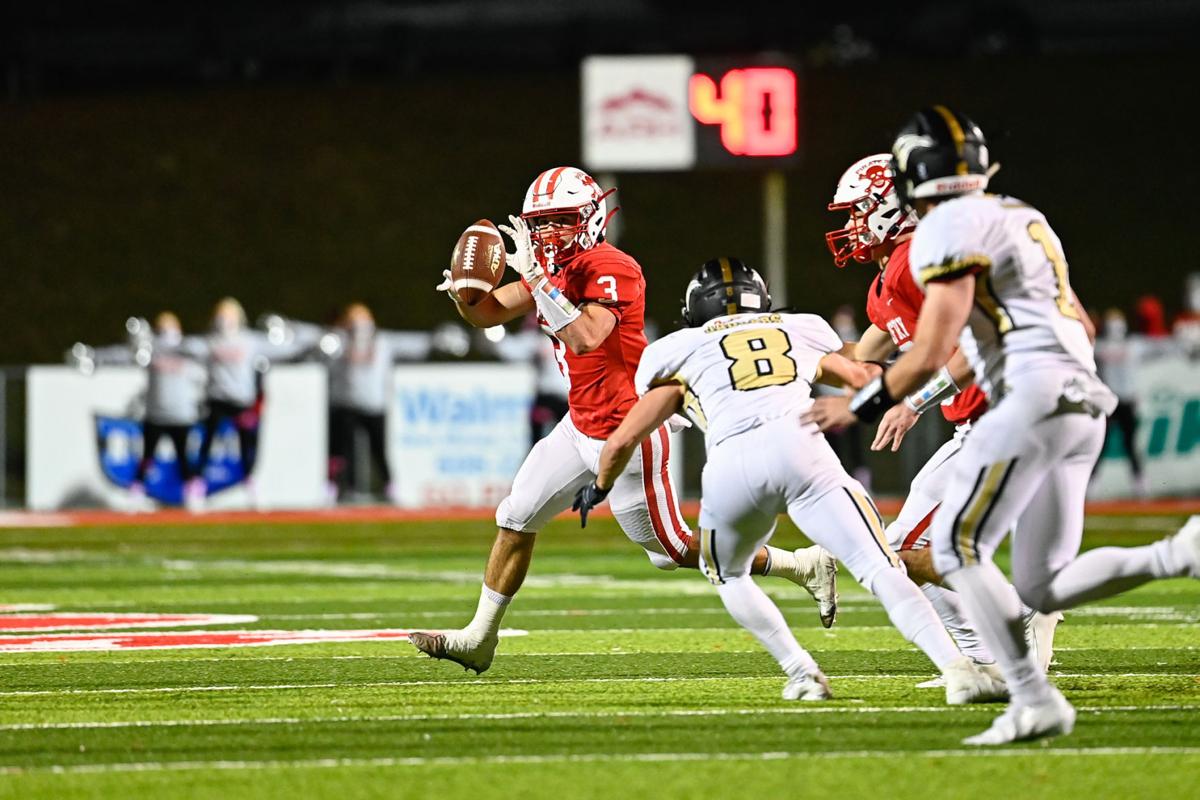 Belfry senior Isaac Dixon runs for one of his four touchdowns in the Pirates 48-18 win over Floyd Central on Friday at Haywood Stadium. 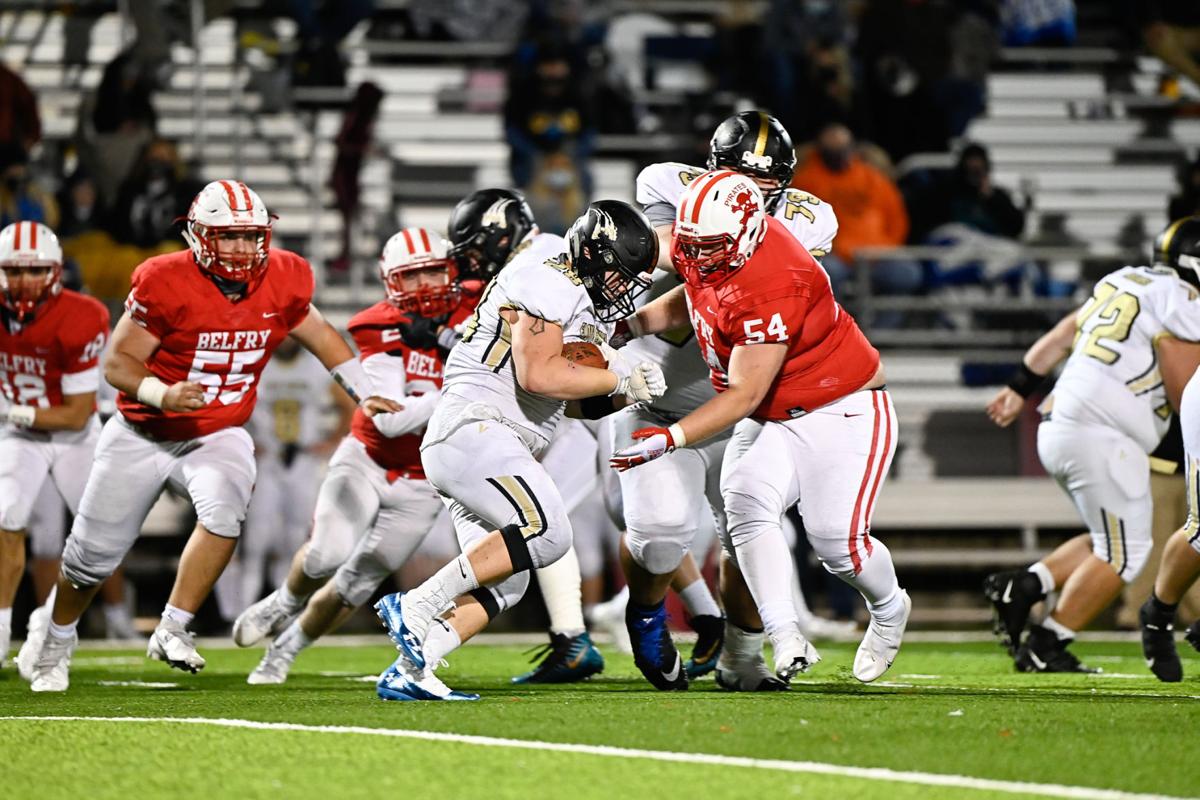 Belfry defensive lineman Nick Sartin meets a Floyd Central ball-carrier in the hole while Brayden Spears (55) pursues from behind in the Pirates 48-18 win over the Jaguars on Friday, Oct. 2, 2020 at Haywood Stadium.

Belfry senior Isaac Dixon runs for one of his four touchdowns in the Pirates 48-18 win over Floyd Central on Friday at Haywood Stadium.

Belfry defensive lineman Nick Sartin meets a Floyd Central ball-carrier in the hole while Brayden Spears (55) pursues from behind in the Pirates 48-18 win over the Jaguars on Friday, Oct. 2, 2020 at Haywood Stadium.

GOODY, Ky. — The Belfry Pirates improved to 2-0 in district play and 3-1 overall on the season this past Friday night as they jumped ahead early and never looked back in a 48-18 win at Haywood Field over Floyd Central.

Senior running back Isaac Dixon continued his domination of opposing defenses in the 2020 season, as he led the Pirates with 251 yards rushing and four touchdowns on the night.

Dixon scored on touchdown runs of 71, 55, 39, and 31 yards in the contest, with three of those scores coming in the first half as BHS built a 27-6 lead going into halftime.

In only four games so far to start the season, the reigning Class 3A Championship Game MVP has picked up 791 yards on only 46 carries while reaching pay-dirt 14 times. He is averaging over 17 yards per carry behind the Pirates offensive line.

Senior quarterback Brett Coleman had his best game on the ground in the win over the Jaguars as he reached the end zone twice and picked up 106 yards on only four carries.

Freshman back Dre’ Young scored his first career TD on a 34-yard jaunt late in the game and totaled 63-yards on four carries while Brenden Rash also picked up 63 yards rushing on three carries.

The Pirates ran the ball 28 times for 472 total yards in the game while they held the visiting Jaguars to 250 yards rushing.

The reigning Class 3A state champs and coach Philip Haywood now turn their attention to a more challenging opponent as Class 6A power North Hardin is scheduled to make their first ever trip to Pond Creek on Friday night.

The Trojans and head coach currently set at 4-0 in the state’s largest classification after finishing the 2019 season with a 13-1 record, falling to eventual state champion Trinity in the Class 6A semifinals.

North Hardin High School, located in Radcliff, Kentucky, has become a pipeline for the University of Kentucky football team in recent years.

Two players from the 2019 team are currently on the Wildcat roster in Octavious Oxendine and Isaiah Beasley while two current Trojans are already committed to Kentucky for the class of 2021.

Three-star safety Jordan Lovett and three-star running back La’Vell Wright have already pledged commitments to join the ‘Cats next season. Lovett is ranked as the top defensive back in the state of Kentucky while Wright is considered the top running back for the Class of 2021

In total, the Trojans have four players committed to FBS programs, which is tied for the most in the state with Trinity, according to 247 Sports.

Three-star linebacker Michael Lunz is committed to Tulane University out of the American Athletic Conference while two-star wide receiver Marcus Harris will be joining Kent State next fall.

Through four games, Wright has amassed 486 yards rushing and eight touchdowns to held NHHS propel to a 4-0 start.

QB Manie Wimberly has completed 67 passes for 738 yards and four touchdowns, with his top target being Harris who has 23 catches for 386 yards and two scores.

Defensively, Lunz leads the team with 37 tackles in the first four games while Lovett has added 17 tackles and picked off a pass that he returned 55 yards.

The Trojans haven’t allowed a point since their 19-17 week one win over Frederick Douglass. They defeated John Hardin 19-0 in week two, Bullitt East 40-0 in week three, and knocked off Meade County 37-0 a week ago.

Kickoff is scheduled for 7:30 p.m. on Friday night at Haywood Stadium on Curry & Carroll Field. This will be the first ever meeting between the two schools.