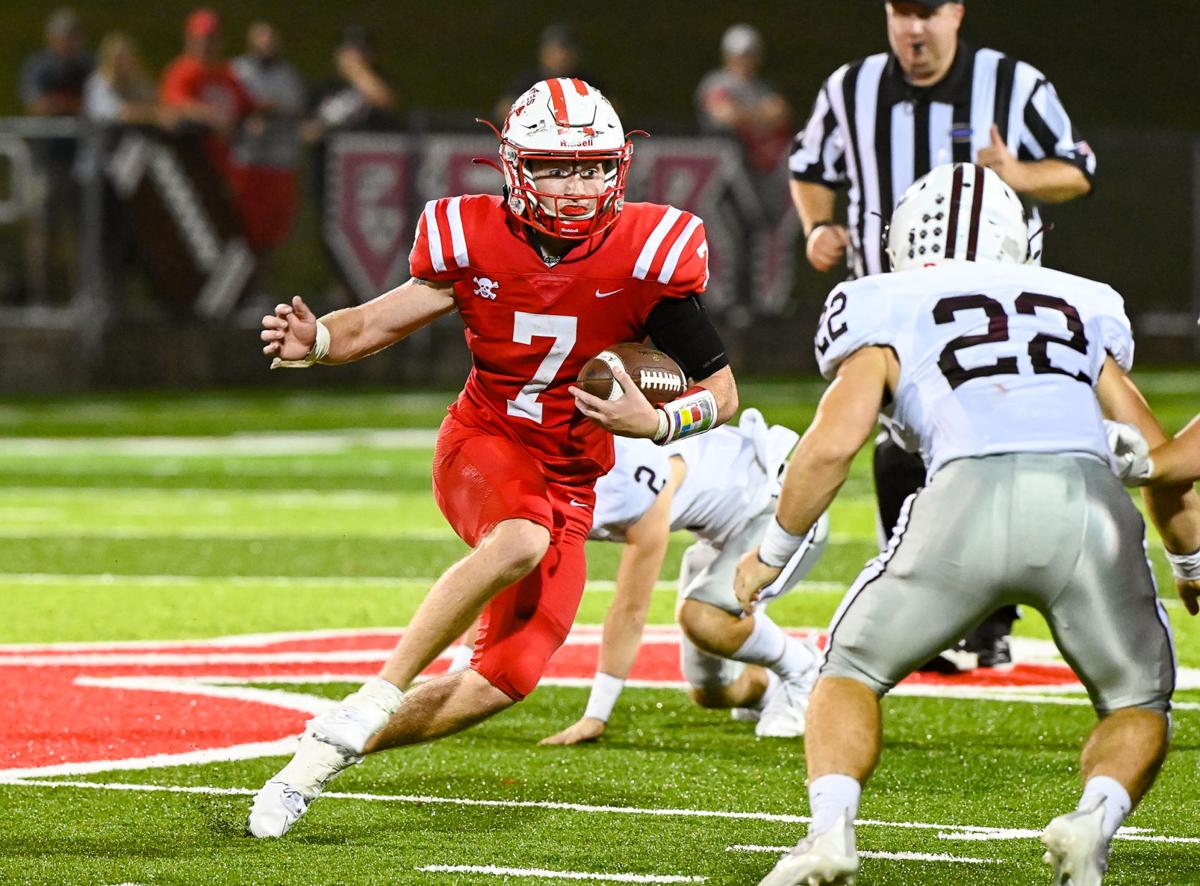 RIGHT: Belfry senior running back Zayne Hatfield makes a cut during the Pirates 29-0 loss to Pikeville on Friday at Haywood Stadium. 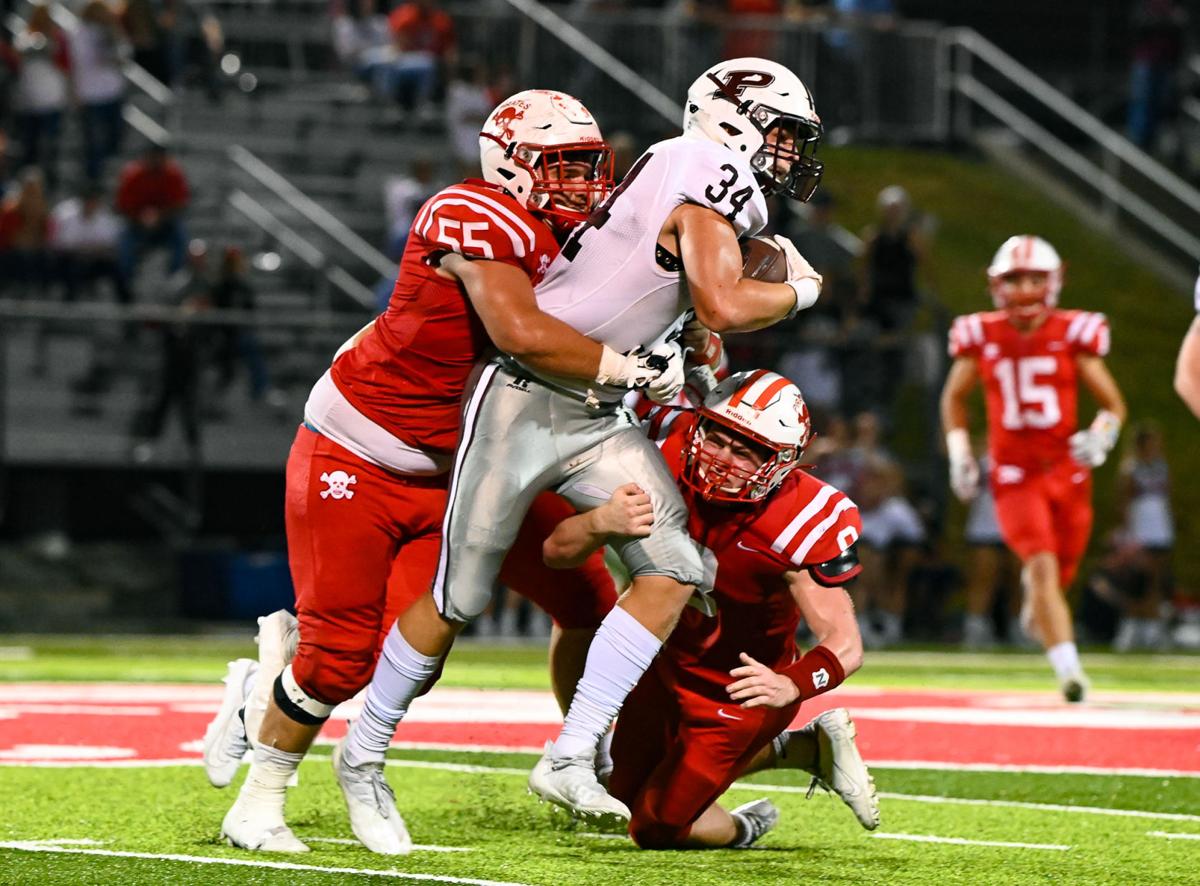 Belfry juniors Brayden Spears (No. 55) and Neal Copley combine to make a tackle during the Pirates 29-0 loss to Pikeville on Friday at Haywood Stadium.

RIGHT: Belfry senior running back Zayne Hatfield makes a cut during the Pirates 29-0 loss to Pikeville on Friday at Haywood Stadium.

Belfry juniors Brayden Spears (No. 55) and Neal Copley combine to make a tackle during the Pirates 29-0 loss to Pikeville on Friday at Haywood Stadium.

GOODY, Ky. — The Belfry Pirates dropped their fifth consecutive game to start the 2021 season this past Friday night as in-county rival Pikeville made the short trek down 119 and claimed a 29-0 shutout win at Haywood Field.

The Pirates were playing without senior all-state runner Isaac Dixon who missed the game after he suffered an injury in the loss the week prior at 4A power Louisville Central.

In turn, head coach Philip Haywood’s team struggled mightily throughout the game offensively as the Panthers secured their first shut out win over the Pirates since 1956.

The Pirates gained 176 yards in the game, all coming on the ground, senior Zayne Hatfield leading the way with 73 yards on 17 carries.

Dixon had started the first four games at quarterback for the Pirates so sophomore Caden Wooolum got his first start under center on Friday night. Woolum only ran three times and lost four yards and did not attempt a pass.

Pikeville was led by senior QB Isaac McNamee as he threw for three touchdown passes in the first half of play to help Belfry build the 22-0 halftime lead.

McNamee finished the game 13-15 passing for 175 yards and the three TDs. Wade Hensley caught two of the touchdown strikes while Zac Lockhart hauled in the other.

Pikeville also ran for 162 yards as a team with junior Blake Birchfield getting nearly all of them as he ran 19 times for 158 yards, including an 11-yard touchdown run with 3:11 left in the game.

The win for the Panthers improves them to 5-0 on the 2021 season and is their third straight win against Belfry. This is the first three game win streak Pikeville has had against the Pirates since three straight wins from the 1998-2000 season.

They are back in action this Friday night as they travel to Lexington to play 5-0 Class 2A power Lexington Christian.

The loss for Belfry sends their record to 0-5 on a season for the first time since the 1947 season.

The Pirates will attempt to right the ship this week at home against Magoffin County as they enter their district portion of the schedule which should offer them some much easier opponents than what they have lined up against in the first five weeks of the season.

The Hornets enter the game with a 3-1 record overall but are coming off of a 43-14 loss a week ago to Lawrence County. Belfry has dominated the all-time series against Magoffin County as they are leading 10-0.

Kickoff for the Class 3A district matchup is set for 7:30 p.m. on Friday night at coach Philip Haywood Stadium.