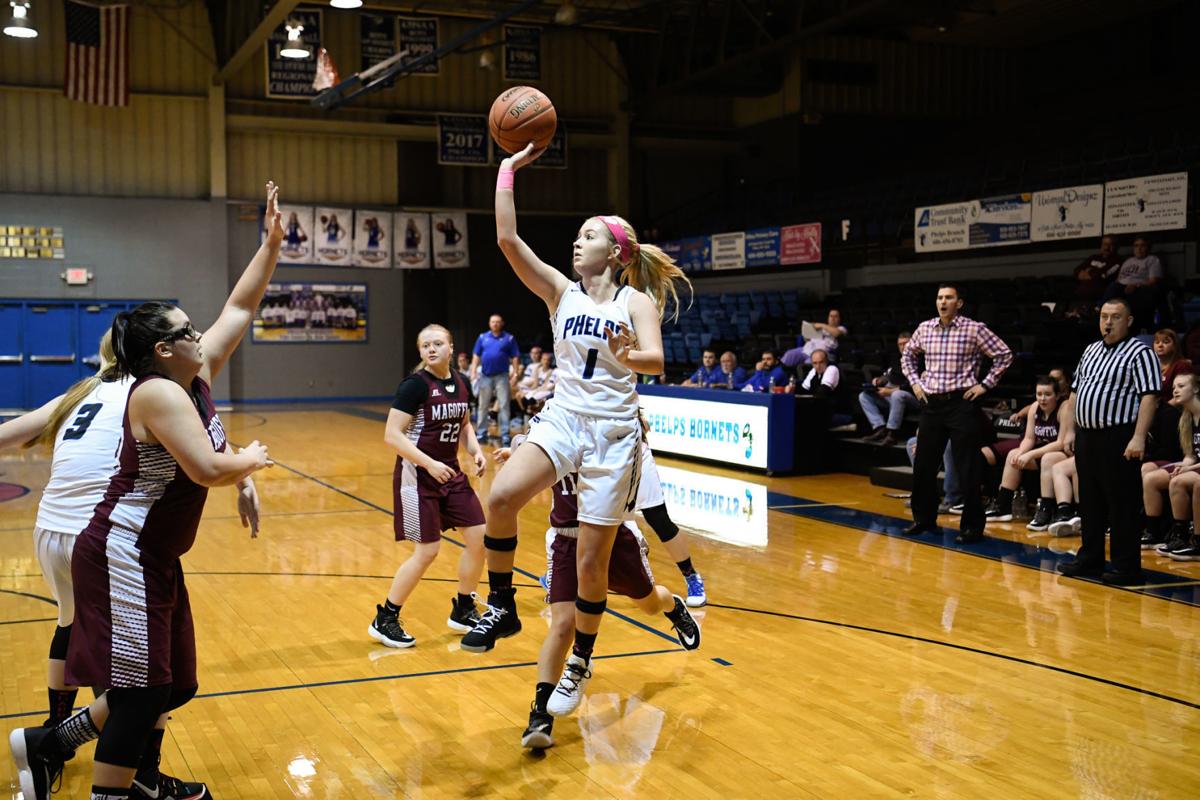 PHELPS, Ky. — While Phelps senior guard Danielle Prater has played her last game on the hardwood for the blue-and-white, she will get to lace up her sneakers once again this Fall as she recently signed to continue her career with the University of Pikeville.

The commitment was announced in a post the Phelps High School Facebook page on Thursday along with a photo of Prater.

“The next uniform we see this young lady in will be a Lady Bear orange or white one,” the post read. “Congratulations on Danielle Prater for signing to play basketball at UPike!”

Prater finished her career as arguably the top player in the history of the Phelps Girls’ Basketball program as she finished her career with 2,479 points. She helped lead PHS to an 18-12 record in her final season as she posted averages of 18 points. 4.5 rebounds, and seven assists per game.

Prater was also a standout softball player for the Lady Hornets but missed out on her senior season due to the cancellation of Spring sports following the Covid-19 pandemic.

Prater will be joining Belfry’s Katie Ball at UPike this fall as coach Clifton Williams was able to keep arguably the top two players in Pike County from leaving and playing elsewhere.

The Lady Bears finished 16-15 in the 2019-20 season which was the fourth season under coach Williams.