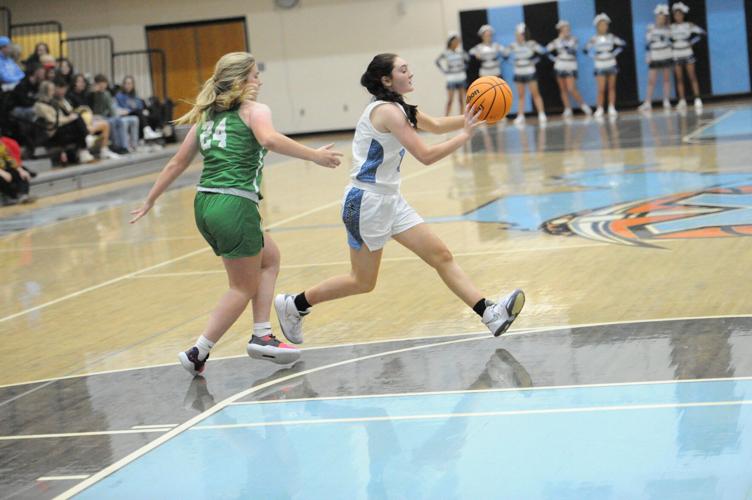 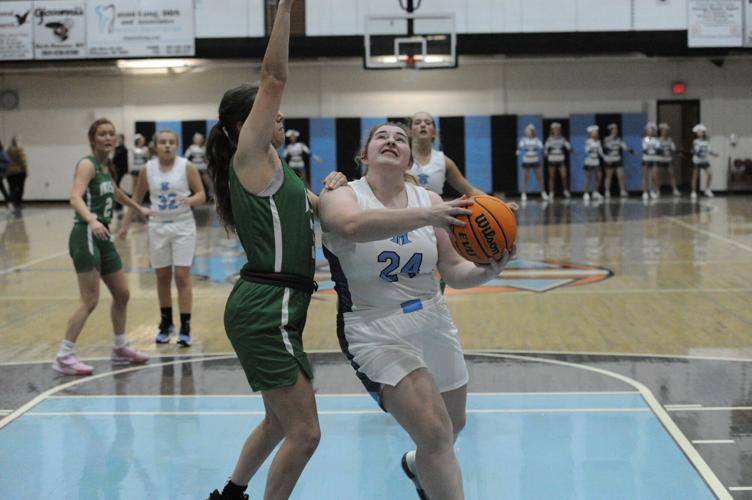 Mingo Central senior Madisyn Curry goes up for two points on the first play of the game in the Lady Miners 45-29 win over Charleston Catholic on Wednesday, Nov. 30, atop Miner Mountain. 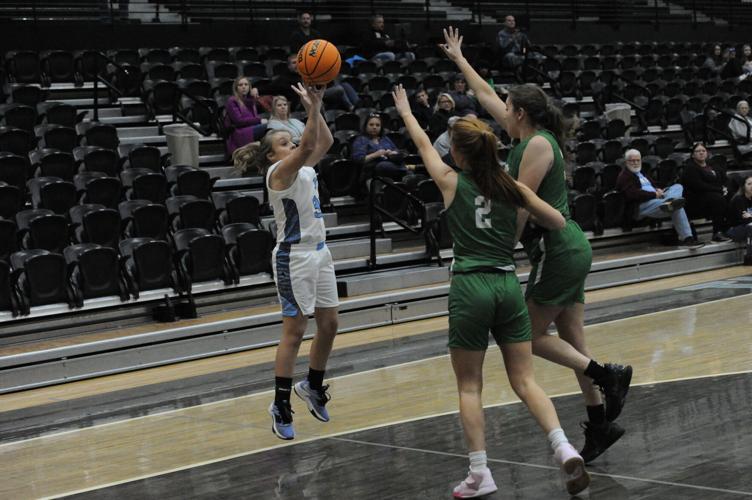 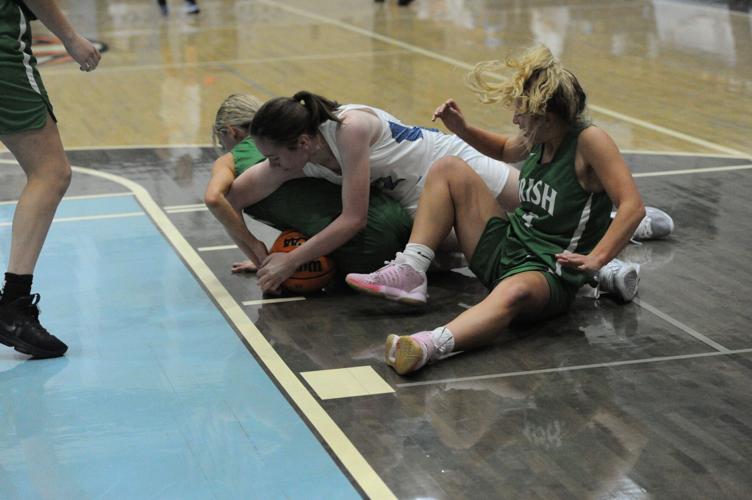 Mingo Central’s Alyssa Davis gets on the floor after a loose ball in the Lady Miners 45-29 win over Charleston Catholic on Wednesday, Nov. 30 atop Miner Mountain.

Mingo Central senior Madisyn Curry goes up for two points on the first play of the game in the Lady Miners 45-29 win over Charleston Catholic on Wednesday, Nov. 30, atop Miner Mountain.

Mingo Central’s Alyssa Davis gets on the floor after a loose ball in the Lady Miners 45-29 win over Charleston Catholic on Wednesday, Nov. 30 atop Miner Mountain.

NEWTOWN — Mingo Central opened up the regular season with a quality win on Wednesday night as they defeated Charleston Catholic 45-29 high atop Miner Mountain.

The win for the Lady Miners, who were ranked No. 6 in the Class AA Preseason AP Poll, gave them a victory over a state tournament team from a year ago as the Lady Irish were one of the final eight teams remaining last season.

“They’ve got a great program and are a very physical team, they brought exactly what we felt like they would bring to the game tonight,” Mingo Central coach Kim Davis-Smith said. “It was a very challenging first game for us...They have a lot of great athletes and are very well coached. I am very well pleased with how we played given the circumstances and glad to come out with a win against a quality program.”

The game was back-and-forth throughout the opening quarter of play as Mingo Central got eight points from senior forward Madisyn Curry in the period but a late bucket from Charleston Catholic’s Katherine Skinner gave the Lady Irish the 13-12 lead after one.

The second quarter was all Mingo Central as the Lady Miners turned up the defensive pressure and held a cold-shooting Lady Irish team scoreless in the period while they rolled off 14 of their own, 10 by sophomore guard Addie Smith, to take a 26-13 lead into halftime.

“Defense has been our focus because it’s an area that we needed to improve on from last year,” Davis Smith said. “And it’s not anywhere near where it needs to be. We’ve really been focusing on a lot of man-to-man this year and we’ll play 3-2, but those principles apply to any kind of defense you play. So we’ve just really trying to just focus on being aggressive on the ball, being in the right spot, and being in help position.”

In the second half Mingo Central built their lead to as high as 15-points when they went ahead 32-17 after a floater from Smith but the Lady Irish would not go away quietly as they went on a 12-4 spurt to cut the MCHS lead to 36-29 after a bucket by Molly Messer midway through the fourth.

After a timeout by coach Davis Smith, the Lady Miners got an easy bucket on a pretty in-bounds play as Smith hit Curry over the top and the senior laid it in to spark a 9-0 Mingo Central run to close out the game.

“It’s early in the year and we were playing a back-to-back coming off our first game last night, I think our legs got us a little bit there probably in the second quarter,” Irish coach Wesley Hevener said after the game. “I thought our energy in the 3rd and 4th quarters were good, but we just didn’t get enough pressure. No. 32 (Addie Smith) is a great player; she was able to get open and kind of create some offense for them. Defensively we’ve got to clean some things up, but early in the year facing a tough opponent it’s a good test for us to kind of see where we’re at.”

Smith, who was First Team All-State last season as a freshman, led all scorers with 23 points on the night to go along with six assists and two steals. Curry also notched a double-double as she finished with 10 points, 11 rebounds, and blocked three shots.

Alyssa Davis chipped in four points and six boards for Mingo while Megan Adkins and Dalaney Grimmett had three apiece and Jeana Bradford scored two off the bench. Mingo Central was short a key player on the night as sophomore guard Bella Hall was out with an illness.

5’11” freshman Mary Rushworth led Charleston Catholic with 13 points in her first ever varsity start while Skinner and Messer each added six. Claire Mullin and Annie Cimino rounded out the scoring with two points each.

The loss for the Lady Irish, who were just outside of the AP Top 10 at No. 11, drops them to 1-1 on the season as they had defeated Clay County 48-23 in their opener the night prior. Catholic is set to return home on Wednesday to play Buffalo.

Mingo Central starts out the season 1-0 with the win and they will be back in action on Monday, Dec. 5 at Liberty (Raleigh). The Lady Miners will also host Scott on Dec. 8 and will close the week with a road trip at Class A No. 5 Tolsia on Dec. 10.