Sign Up
Log In
Purchase a Subscription
You are the owner of this article.
Edit Article Add New Article
You have permission to edit this article.
Edit
Welcome, Guest
Home
News
COVID-19 Vaccine
Sports
Features
Photos
Opinion
Obituaries
e-Edition
Classifieds
Cars
Homes
Jobs
Legals
HD Media
No Thanks
1 of 3 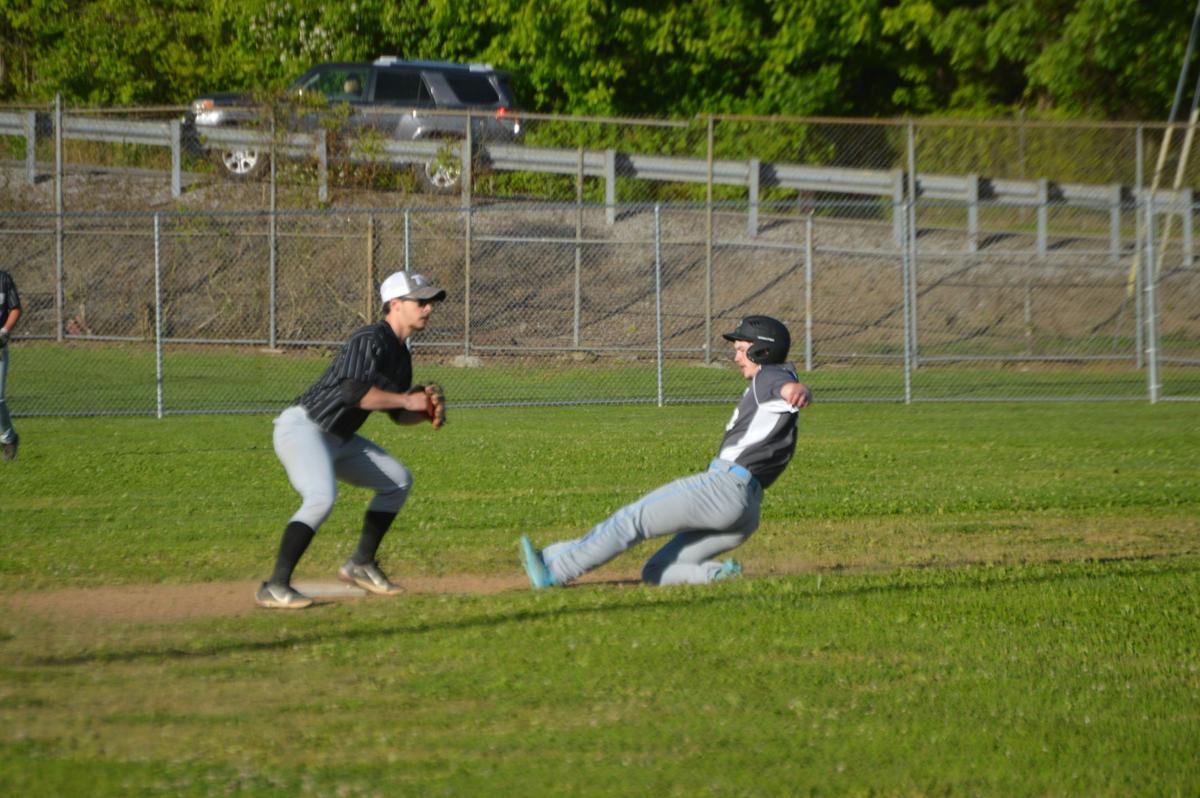 Tug Valley’s Hunter Ooten awaits the baseball while Mingo Central’s Tucker Wellman slides safely into second base during the Miners 7-4 win over Tug Valley on Wednesday, May 12, 2021 at Lefty Hamilton Park. 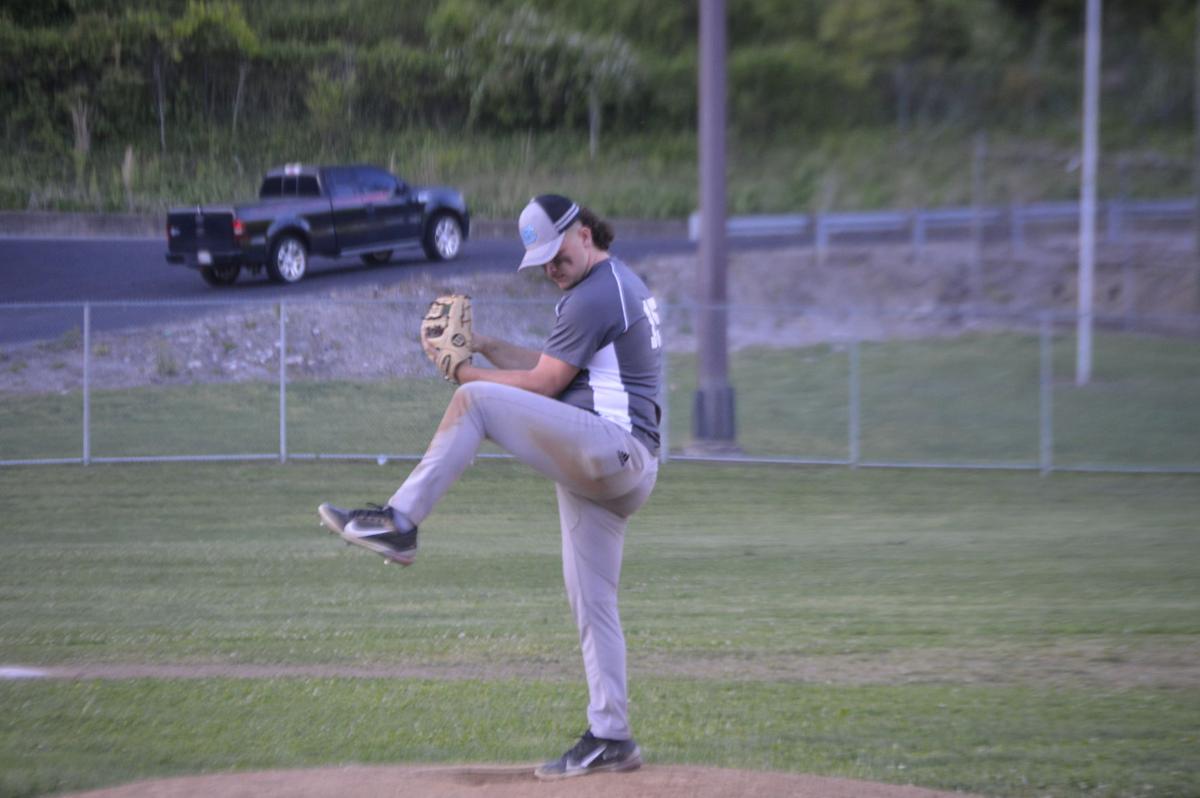 Mingo Central junior Tyler Ooten goes through his wind-up during the Miners 7-4 win over Tug Valley on Wednesday, May 12, at Lefty Hamilton Park. 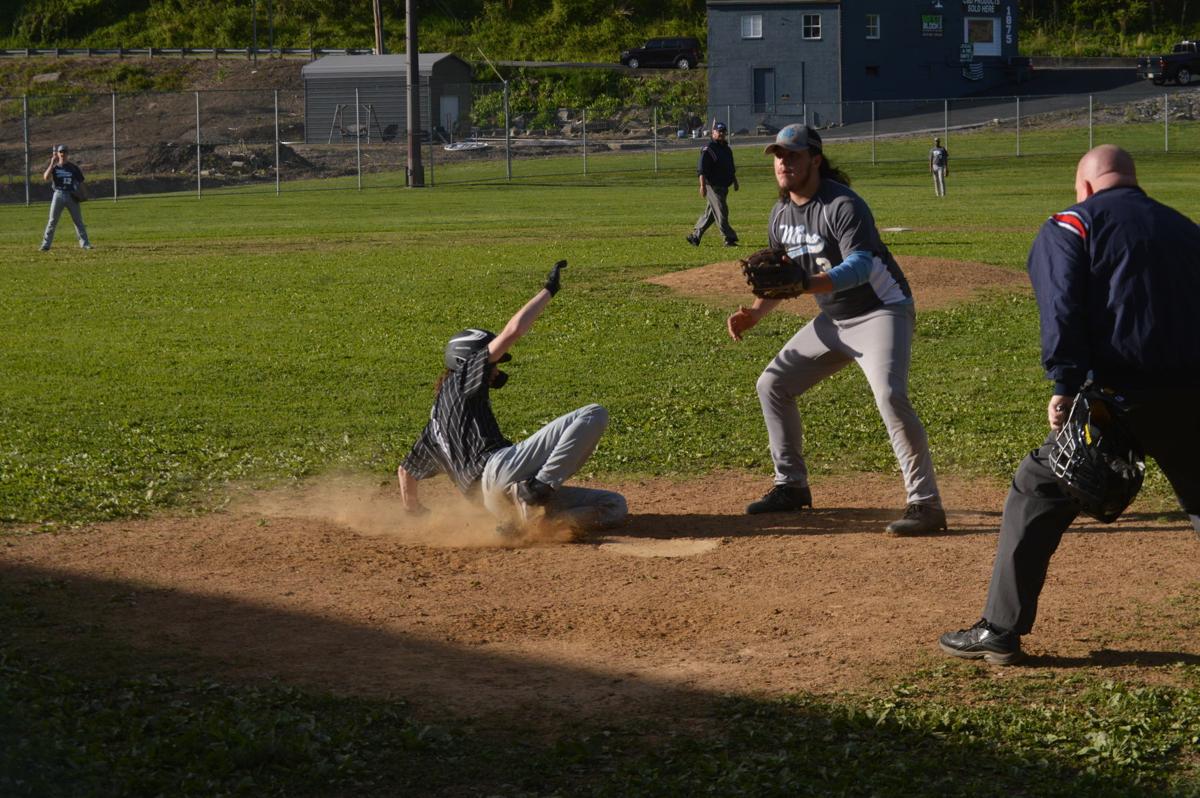 Tug Valley’s Hunter Ooten awaits the baseball while Mingo Central’s Tucker Wellman slides safely into second base during the Miners 7-4 win over Tug Valley on Wednesday, May 12, 2021 at Lefty Hamilton Park.

Mingo Central junior Tyler Ooten goes through his wind-up during the Miners 7-4 win over Tug Valley on Wednesday, May 12, at Lefty Hamilton Park.

WILLIAMSON — Mingo Central scored seven consecutive runs to come from behind and earn a series split with in-county rival Tug Valley on Wednesday at Lefty Hamilton Park in Williamson as the Miners came away with the 7-4 win.

“It felt good to split with them” first year Mingo Central head coach Brian Wellman said after the win. “Tyler Ooten pitched a heck of a game the last four innings, he was great. We got the bats moving kind of late, it took us a little bit but we got them moving...everybody fielded the ball well, they just played a good ball game.”

The visiting Panthers had control of the game early on as they took a 1-0 lead in the top of the first inning after freshman Conner Lackey laced an RBI single into right center to score Justin Hall from second.

The silver-and-black added three more runs in the top of the third inning, two coming on wild pitches and one off a sacrifice fly by Zach Hall, as they took a 4-0 lead.

After the quick start by Tug Valley, the Miners finally got their offense rolling in their half of the third inning as senior Isa Scales got the scoring started with a two RBI double into centerfield to cut the score in half at 4-2.

Later in the frame, Scales came into score to make it 4-3 after Tucker Wellman hit a groundball in the infield and was able to reach on an error. After a Daylin Goad single to center sent Wellman to third, he was able to scurry home and tie the game at 4 apiece after a wild pitch by Tug Valley.

The Miners took their first lead in the bottom half of the fifth inning as Goad singled the inning and then came around the score after a ringing double off the bat of Ooten to make it 5-4 Mingo.

Ooten came in to score later in the frame to advance the lead to 6-4 after a David Curry groundball was booted by the Tug Valley second baseman.

MCHS added their final run of the game in the bottom of the 6th inning as Scales singled and then eventually came in to score after a sacrifice fly from Goad to reach the final score of 7-4.

Ooten picked up the win in relief for Mingo Central as he entered the game in the top of the third inning with his team trailing 4-0 and kept the Panther bats silent for the rest of the game.

Ooten’s final line was 4 1/3rd innings of shutout ball allowing only two base hits while striking out nine batters and issuing only one walk. Wellman started the game and went two innings allowing one run on two hits. Goad pitched 0.2 innings and allowed three runs on just one hit as he struggled with command, hitting a batter and throwing a pair of wild pitches.

Zach Hall was handed the loss for Tug Valley as he came in in relief and was tagged for two runs in 1 2/3rd innings on two hits while striking out three. Nick Alley started the game and allowed four runs, one earned, on three hits to go with two walks and three strikeouts.

Corey Wilson finished out the game for TVHS going 1 1/3rd innings allowing one unearned run on one hit while striking out two.

Goad led MCHS with three hits on the day while Scales laced a pair and drove in two runs. Lackey was the top bat for the Panthers picking up two of the teams five hits. Zach Hall, Justin Hall, and Alex Vance each had singles for head coach Teddy Hall’s club.

The win was just the second of the season for Mingo Central as they improved their record to 2-10. They were back in action on Saturday against Man and struggled, falling by a final score of 27-0 without getting a hit.