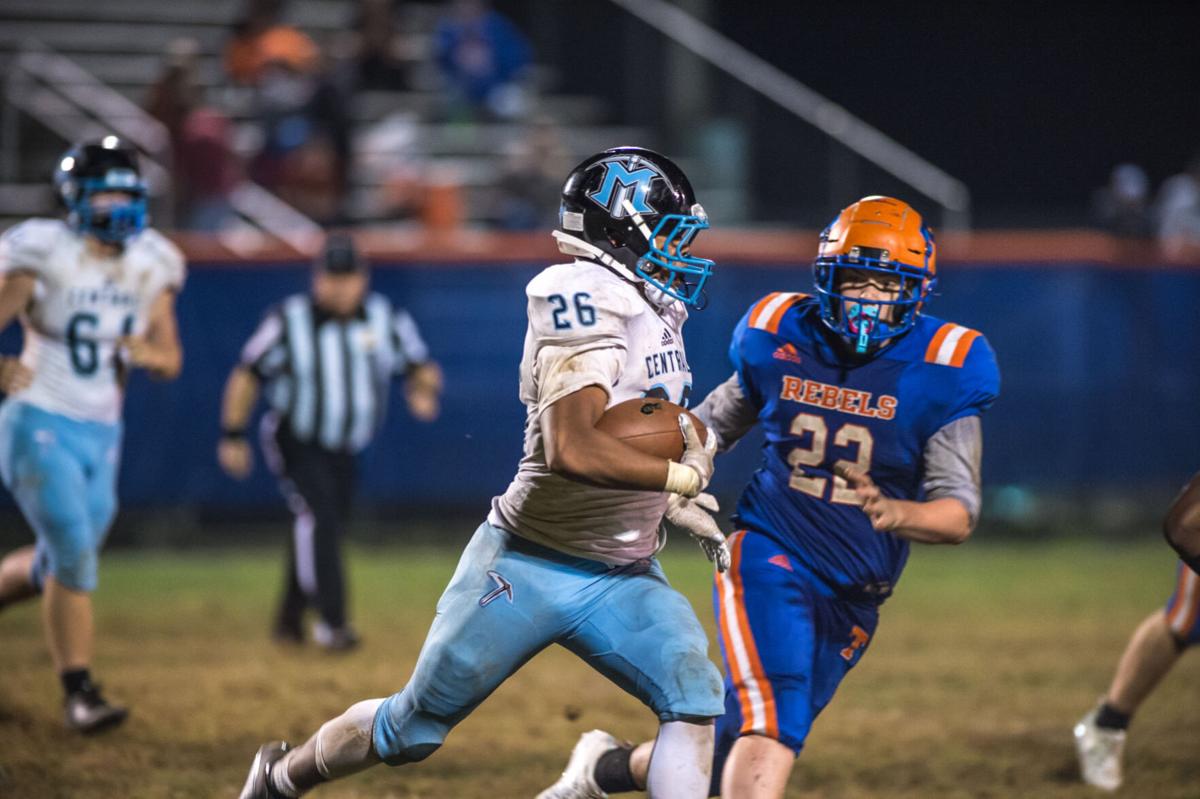 Mingo Central sophomore running back Zion Martin cuts past a Tolsia defender in the Miners 28-22 win over the Rebels on Friday in Glenhayes, W.Va. 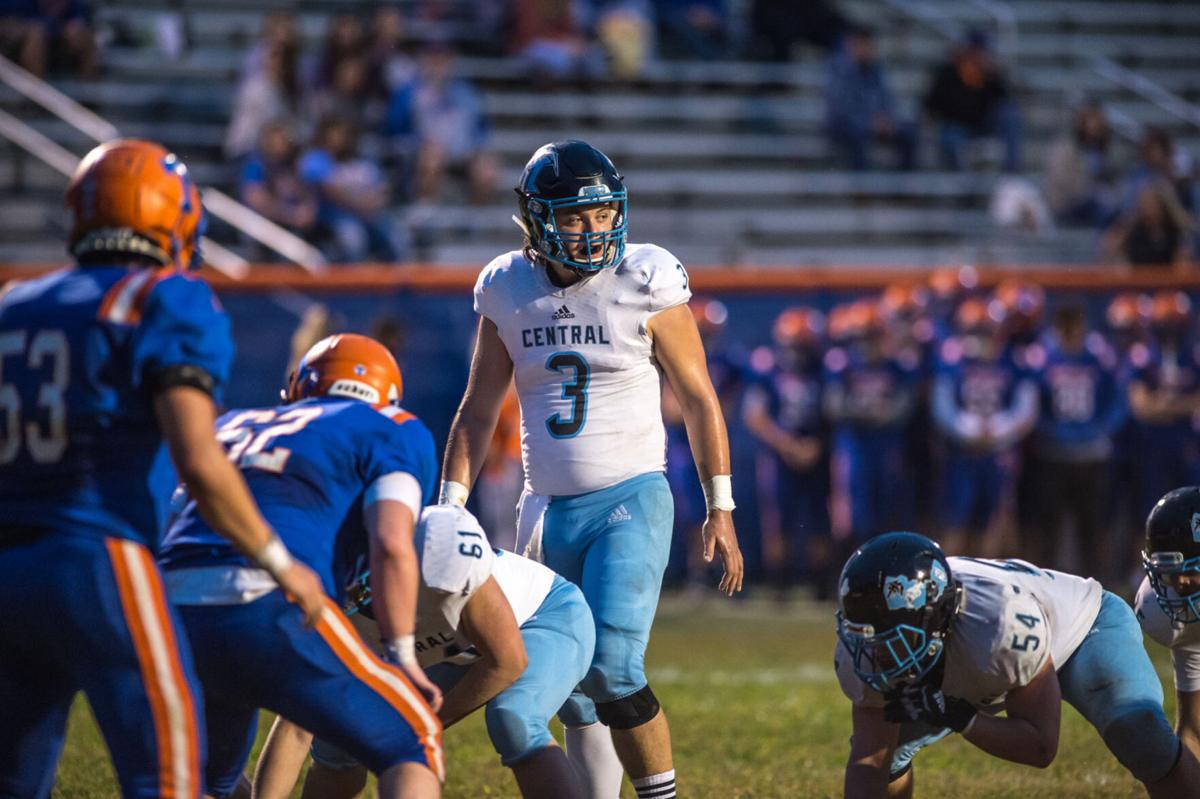 Mingo Central sophomore running back Zion Martin cuts past a Tolsia defender in the Miners 28-22 win over the Rebels on Friday in Glenhayes, W.Va.

GLENHAYES, W.Va. — It didn’t matter who it was, Mingo Central just wanted to run, and they did plenty of it in a 28-22 win over the Tolsia Rebels Friday night at Wilt Salmons Athletic Field.

In the first half, the less Tolsia (2-2) touched the ball, the better it was in the Miners’ eyes. By the end of their second drive, Mingo Central (1-2) had run 22 offensive plays on scoring drives of 76 and 60 yards, both of which ended in the end zone.

Daylin Goad capped off the Miners’ opening drive — which took nearly seven minutes off the clock — with a 1-yard sneak for a score. Isa Scales ran in from 4-yards out to finish off another long, sustained drive in the second quarter.

The plan was evident, but the Rebels struggled to stop the run, losing the battle at the line of scrimmage early.

“We’re weak up the middle on defense and everybody has found that out now. We knew coming in their backs were going to be strong,” Tolsia coach Eric Crum said. “We have to be better up front.”

But that didn’t keep the Rebels out of the game. Sandwiched in between the two Miner drives was a 17-yard touchdown pass from Tolsia’s Jesse Muncy to Zach Ball, which kept the game within reach for the Rebels, tying the game at 6-6.

After Scales’ go-ahead score with 7:22 left until halftime, Muncy threw an interception on a long pass intended for Zach Ball, who’s feet were tangled with the defender, causing him to fall to the ground before he could attempt to make the catch.

A mere 40 seconds was expired on the Tolsia drive, and Mingo Central used a 10-play 56 yard scoring drive to take a double-digit lead into halftime. Zion Martin scored to extend the lead to 22-6. The scoring chance was set up by an 18-yard scramble from Goad on 4th-and-13.

But despite trailing by two touchdowns at halftime, Tolsia recovered an onside kick and scored, then forced a Mingo Central fumble and drove back down the field to tie the game at 22-22, stealing back the momentum from the visitors.

The third period came and went without a change of score and the game remained tied at 22 until another timely conversion on 4th down from Goad. Facing 4th-and-4 at the Tolsia 18, Goad moved around in the pocket before finding Scales in the endzone for the eventual game-winning touchdown.

“Our guys are good at responding in situations like that. It’s about winning the next play,” Mingo Central coach Josh Sammons said. “Stuff is going to happen, like the onside kick, we talked about that all through halftime and they still got it, but I’m proud of our guys tonight.”

Just when it looked like the Rebels might make a move following the score, things went from great to bad to worse, all in one play.

Muncy had scrambled out of the pocket and was forced out of bounds after picking up 20 yards and marching the Rebels inside the Miners’ 20-yard line but the run was called back due to a chop-block penalty called against Tolsia. Then a player removed his helmet after being upset with the call and was flagged for unsportsmanlike conduct.

The pair of penalties moved the ball back to midfield and the Rebels would eventually turn the ball over at their own 45 yard line with around 4 minutes to play. The Rebels mental mistakes were their own un-doing.

“It happens all the time, losing our composure. That killed us,” said Crum. “Especially when we played terrible in the first half. Played better in the second but still not real well.”

Composure was an issue in Tolsia’s last game as well, Crum said, alluding to an on-field scuffle in a loss at East Carter two weeks ago. Two players were ejected from that game and serving a 1-game suspension this week since the Rebels did not play last week.

“You can’t win games when you’re playing like that,” Crum added.

For Mingo Central, it was their first win in three tries this year after playing in close games against Man and at Oak Hill. Tolsia has now lost two games in a row after beginning the year with two wins.