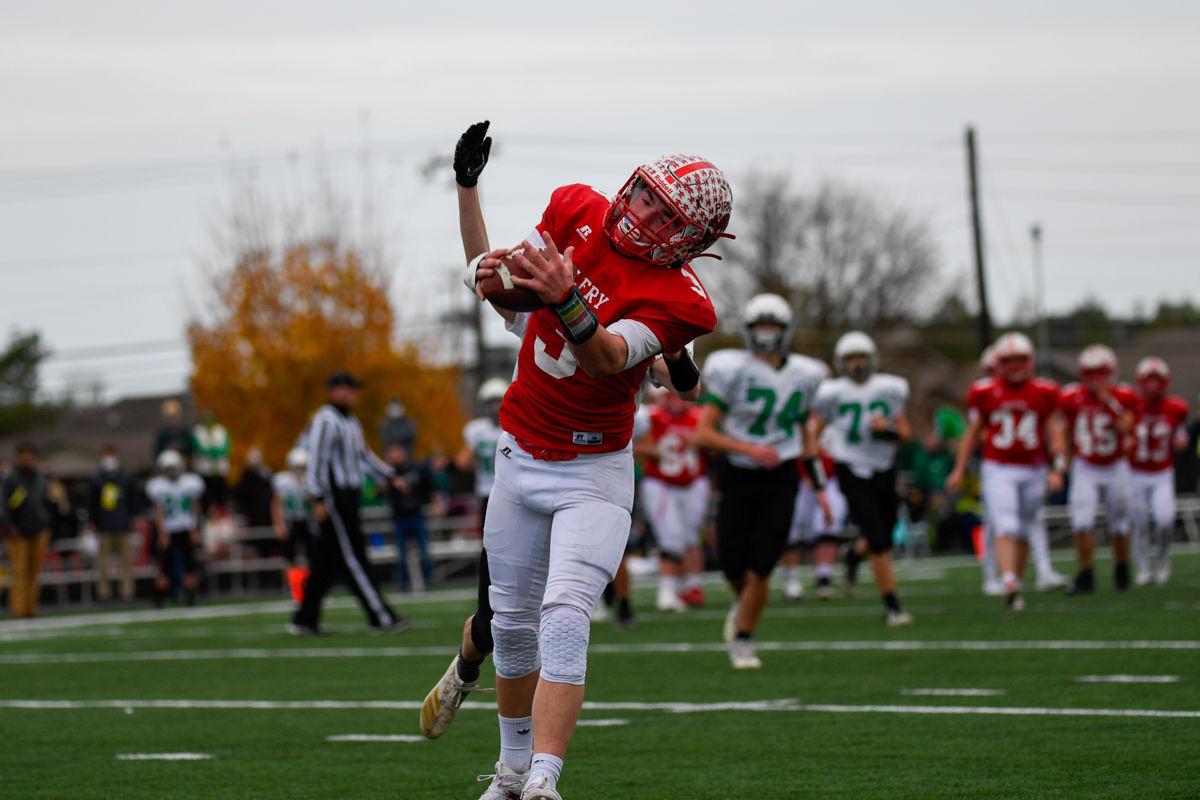 Belfry’s Isaiah Stanley makes an over the shoulder catch for a touchdown in the Pirates 28-22 win over Owensboro Catholic in the KYMSFA Division 3 Semifinals on Saturday at Taylor County High School. 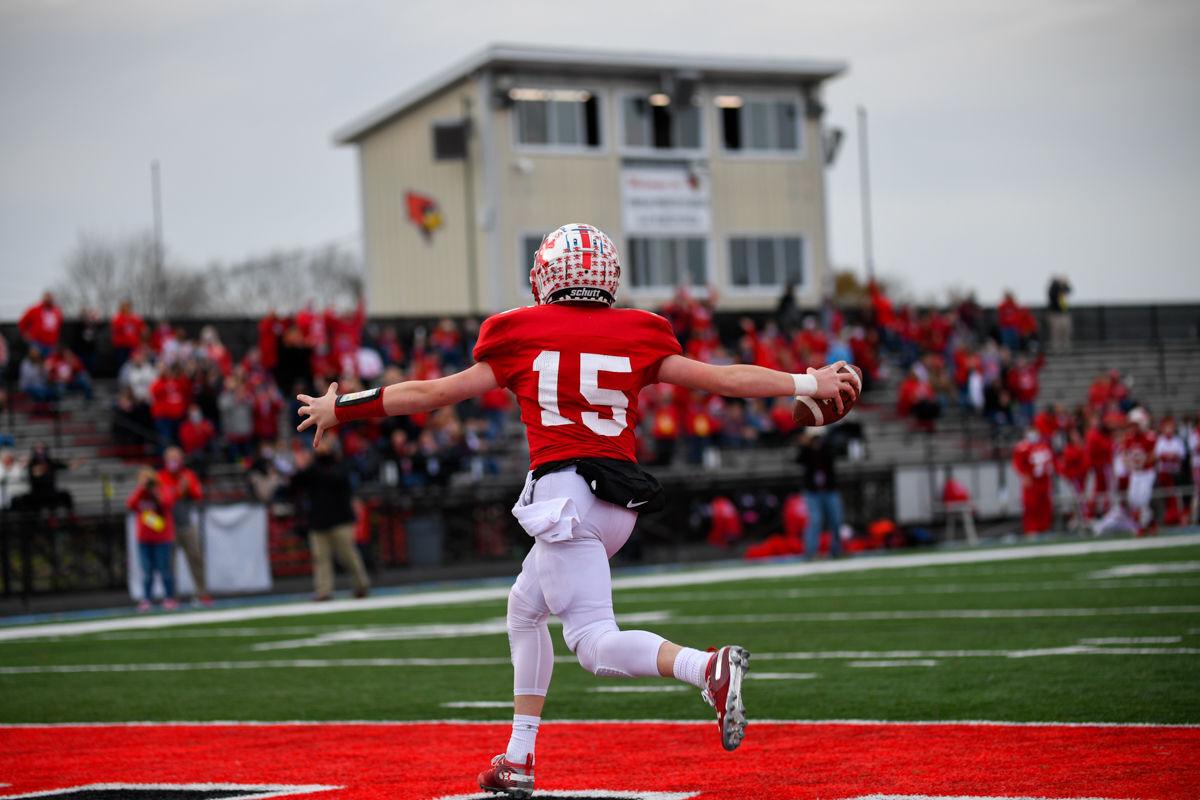 Belfry Middle School quarterback Chase Varney raises his arms in celebration after scoring the go-ahead TD late in the Pirates 28-22 win over Owensboro Catholic in the KYMSFA Division 3 Semfinals on Saturday at Taylor County High School.

Belfry’s Isaiah Stanley makes an over the shoulder catch for a touchdown in the Pirates 28-22 win over Owensboro Catholic in the KYMSFA Division 3 Semifinals on Saturday at Taylor County High School.

Belfry Middle School quarterback Chase Varney raises his arms in celebration after scoring the go-ahead TD late in the Pirates 28-22 win over Owensboro Catholic in the KYMSFA Division 3 Semfinals on Saturday at Taylor County High School.

CAMPBELLSVILLE, Ky. — The Belfry Pirates advanced to the Kentucky Middle School Football Association (KYMSFA) Division 3 State Championship game for the third time in the past seven seasons after they picked up a come-from behind 28-22 win over Owensboro Catholic in the semifinals played at Taylor County High School on Saturday.

After falling behind 22-20 after an Owensboro Catholic touchdown and two-point conversion midway through the fourth quarter, the Pirates and seventh year coach Danny Oliver put together a game winning drive.

The go-ahead score came from running back Cayden Varney as he scampered into the end zone with just three minutes and some change left in the contest, and the successful two-point try put BMS up by six at 28-22.

Needing just one stop to seal the win, the “Big Red” defense did just that as defensive back Ace Caudill came up with a huge interception to give the ball back to his offense as they chewed the clock out and secured the huge win.

BMS fell behind 8-0 after OC scored on their first play from scrimmage on a double-reverse pass, but QB Chase Varney tied the game up on the ‘Bucs first drive as he ran it into the end zone from 40 yards out.

The Pirates took their first lead in the second period when Varney found Isaiah Stanley for a touchdown strike as the running back scored the first of his two touchdowns on the day.

After Owensboro knotted the game up at 14 all going into the break, Stanley got that second score on the first drive of the second half for BMS, but the two-point try failed and Belfry led 20-14 midway through the third.

OCMS took the lead 22-20 following their TD in the forth which set up the go-ahead score in the closing minutes.

Coach Oliver, who has led the Pirates to the state semifinals five times and won two state titles in his seven seasons, applauded his ids following the win for staying focused during a “crazy season” amid a global pandemic, including a three-week layoff before playing Pikeville in the postseason.

“Keeping our kids focused and locked in has been key, it has been tough with scheduling and so forth but our kids have stayed the course and listened to the coaches and kept working,” Oliver said. “The kids have done a great job, this staff has done a great job keeping them focused. It’s been a tough year, but that makes it that much sweeter to be where we are now... and we’re not done. We expect to go in and win this thing. Greenup County has a good team, but we feel like if we go in and play Belfry football we’re as good as anybody.”

Oliver said that the Pirates did not play Greenup County in the regular season but was well aware of what they bring to the table, as the same group of players played in the 7th grade state title game in 2019.

The state championship game will be played on Saturday once again at Taylor County High School in Campbellsville, Kentucky.