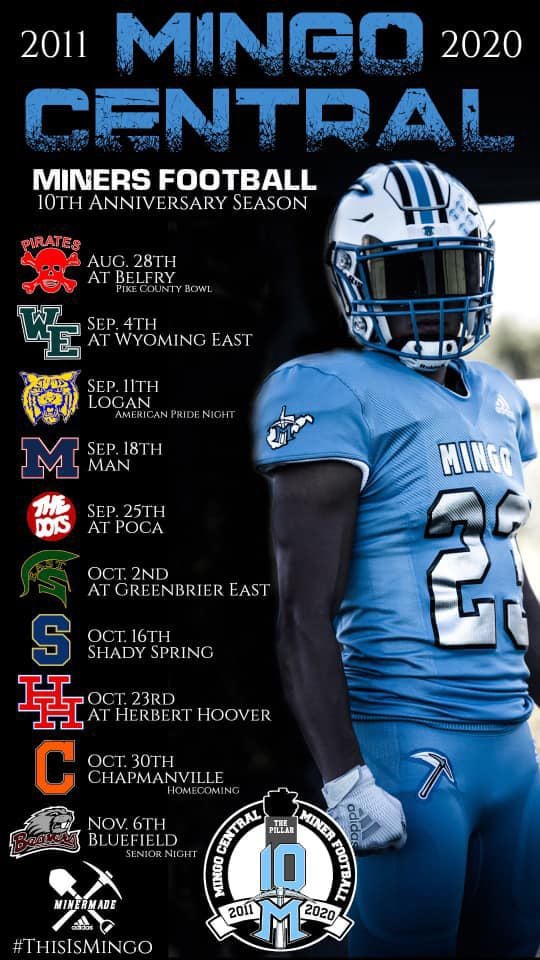 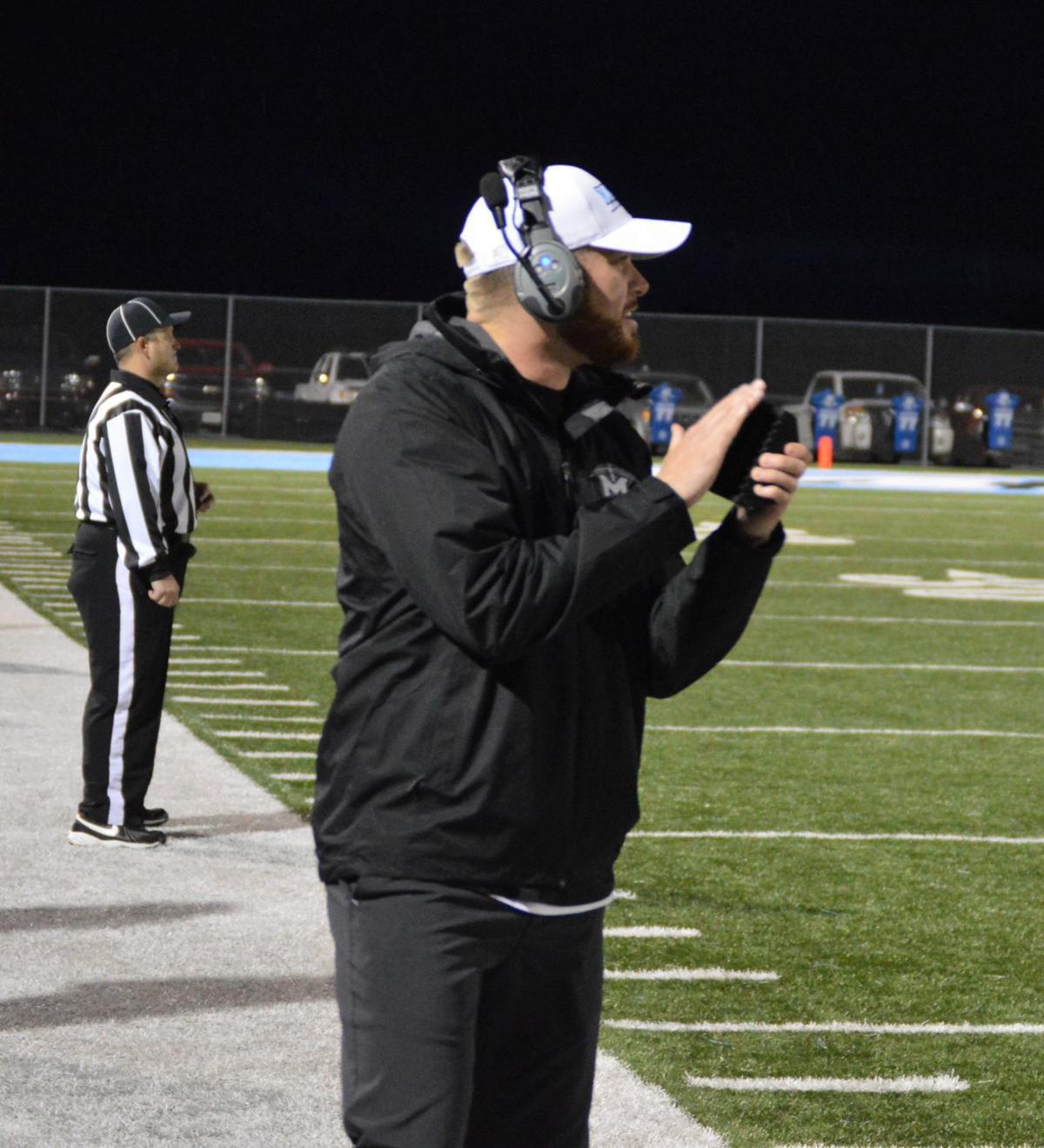 Mingo Central coach Josh Sammons gets his team fired up prior to kickoff of the Miners 44-7 win over Chapmanville at James H. “Buck” Harless Stadium in 2018.

Mingo Central coach Josh Sammons gets his team fired up prior to kickoff of the Miners 44-7 win over Chapmanville at James H. “Buck” Harless Stadium in 2018.

The Miners and third year head coach Josh Sammons officially unveiled the schedule back in January, which will feature several new faces that were not on the schedule a season ago.

The 10-game slate features several challenges in what will be the Miners first season since 2013 not as a member of the Cardinal Conference, including a season opening contest against cross-river rival Belfry in the Pike County Bowl at CAM Stadium.

The Miners and the Pirates have never met before on the gridiron but the game has been discussed since MCHS opened in its doors in 2011. The Pirates are led by legendary coach Philip Haywood and will be coming off the school’s seventh state championship in 2019.

The early season match-up will be one of the more highly anticipated football games played between two Tug Valley area teams in several years.

After the two game home stand MCHS will return to the road for two consecutive weeks as they will travel to Poca, who went 10-0 in the regular season in 2019, in week six and to class AAA Greenbrier East in week six.

The Miners will return home for a game as they will welcome Shady Spring to “Buck” Harless Stadium for the first time. The Miners played at Shady Spring in the first round of the 2019 Class AA playoffs winning a hard-fought contest 13-7.

Following their final road contest in week eight at Herbert Hoover where they will face off with the Huskies led by former head coach and offensive coordinator Joey Field, who was hired to lead Hoover earlier this year, MCHS will return home for the final two weeks of the season.

The Miners will host Chapmanville before welcoming in perennial Class AA Bluefield for their first ever trip to “The Buck” to close out the regular season. The Beavers have finished as runner-up in Class AA in both 2018 and 2019 and won the Class AA crown in 2017.

The Miners will play seven teams in total that made the playoffs in the 2019 season as their opponents will had a combined 77-38 record in 2019, good for a win percentage of .669.

Mingo Central finished 9-3 in the 2019 season and fell to eventual Class AA State Champion Bridgeport in the quarterfinals.

MCHS will be looking to advance to the Class AA playoffs for the ninth straight season in 2020, and they will have to navigate a challenging schedule in order to do so.