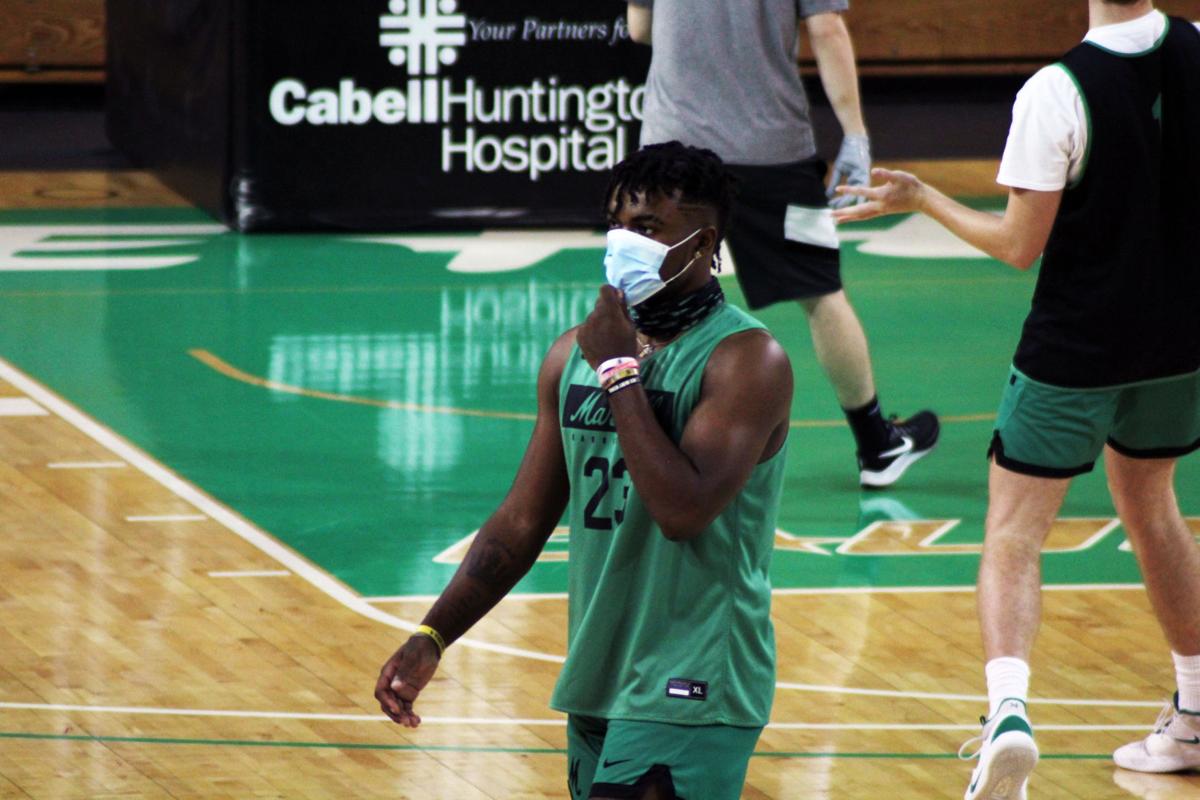 Marshall freshman David Early heads to the next station during the Thundering Herd’s practice on Monday. Early, a Logan native, is one of three newcomers to the men’s basketball team this year, joining Chapmanville’s Obinna Anochili-Killen and Spring Valley’s C.J. Meredith. 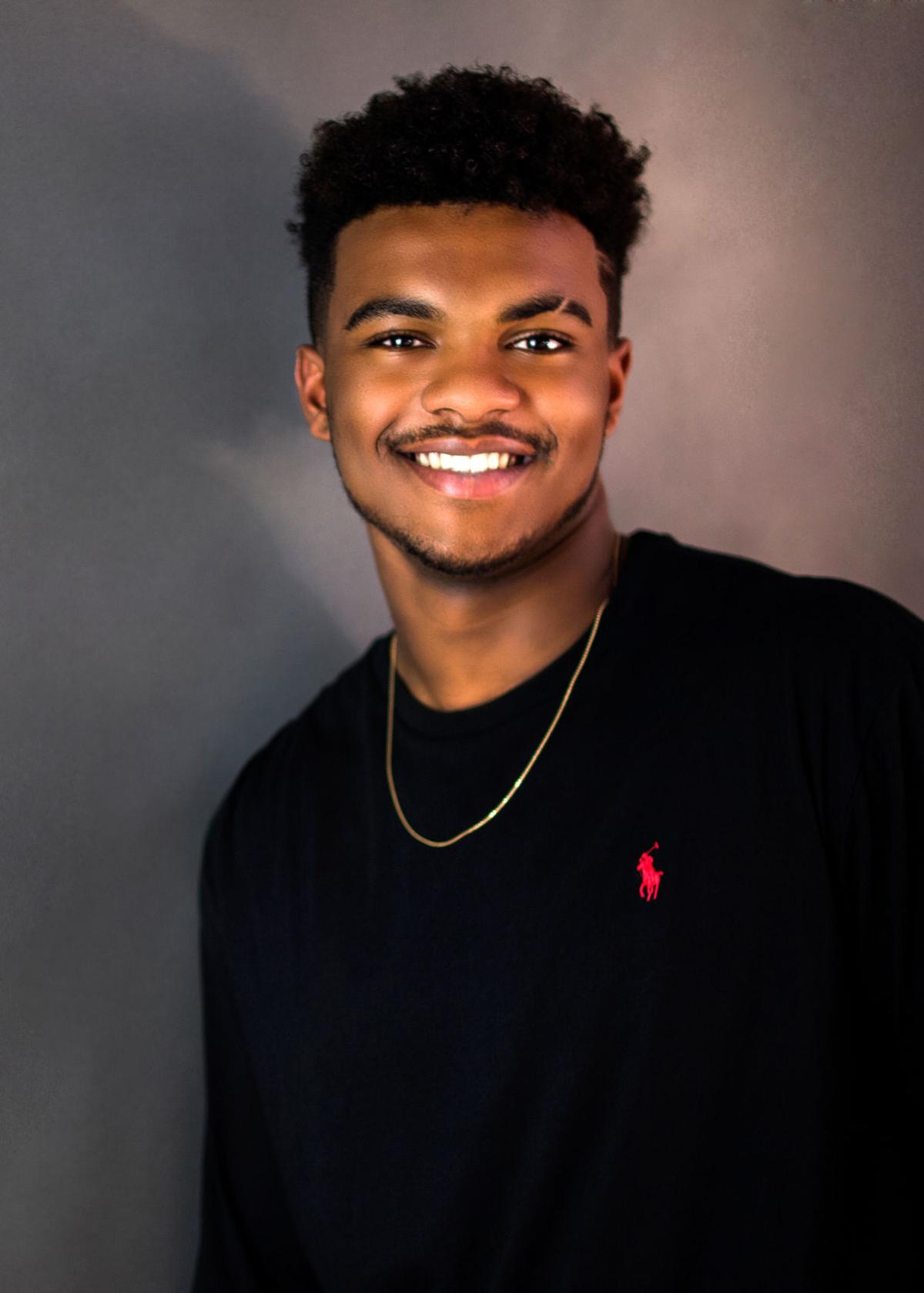 HUNTINGTON — Any time the No. 23 is seen on a basketball court, it is expected that the one wearing that number is a playmaker, a la Michael Jordan.

Such is the case for Marshall men’s basketball’s newest No. 23 — freshman guard David Early.

Early is a high-scoring guard from Logan High School, which has produced plenty of prolific scorers — none more prolific than Early, however.

At Logan, Early finished with 2,136 career points to lead the way in all-time scoring at the school.

While he plans to bring that type of production to the Division I level with the Herd, right now is about learning how he can contribute to what will be a veteran Marshall team.

“I see myself coming in and making plays for others, being ready to shoot and score for others, creating shots for others and being an all(-around) player,” Early said.

Early’s teammates are well-versed in what he can do on a basketball floor.

In the summer prior to his senior year at Logan, Early and fellow Marshall freshman Obinna Anochili-Killen made the 90-minute journey to Huntington twice a week to take part in open gyms against collegiate competition in an effort to get themselves prepared for the next level.

Those pick-up games earned Early the respect of Marshall’s players who all tried to catch his games when possible during his senior year.

That respect resonated with Early, who then chose the Herd, giving Marshall another talented scorer who can fill it up in several different areas.

“Coming in as a freshman and knowing that your upper class has your back, wanting you to work hard and play a lot, it helps a lot,” Early said.

As a senior at Logan, Early scored 27.8 points, grabbed 12.1 rebounds, dished out 3.1 assists and collected 1.8 steals per game en route to finishing in the mention for the Evans Award, given to the state’s top player.

Size is one of the things that will make Early a matchup problem at the Division I level.

Early is a 6-foot-4 guard, but he has the body of a bruising post player, coming in at 249 pounds.

“I use that in my advantage because I can be anywhere on the court — guard any position, 1-through-5,” Early said. “If I have a littler guard on me, I can go to the post and get an easy bucket if we need it. It just helps being a bigger guard.”

Early said that, in addition to learning the schemes, he is working on the game’s pace that D’Antoni employs.

The talented guard said that conditioning and defensive style are two aspects which he is focused on the most early in practice, but he is enjoying the process.

Marshall senior guard Jarrod West, who like Early was a top-tier in-state talent, said the key for Early and other incoming players is to remember that it’s basketball.

“Don’t look at it as pressure,” West said. “Just try to come out and have as much fun as possible when you play.”

Early said that he’s having plenty of fun in this end-to-end system of Marshall head coach Dan D’Antoni.

“I like getting up and down at a fast pace, getting up a lot of shots and attacking the rim,” Early said. “I like how he coaches, I like the play-calls. I just like it a lot.”

Early said just as he appreciated those older guys coming to see him play during his senior season, he also appreciates the guidance in the initial stages of practice, too.

“They’ve got the experience, so I can come in right behind them, learn what they did and everything, so it’s cool to have them in front of me,” Early said.

With the season less than a month away now, Early is soaking up every repetition and building his all-around game to find ways to contribute.

His hope is that the focus on all aspects of the game leads to some Early playing time for the Herd.