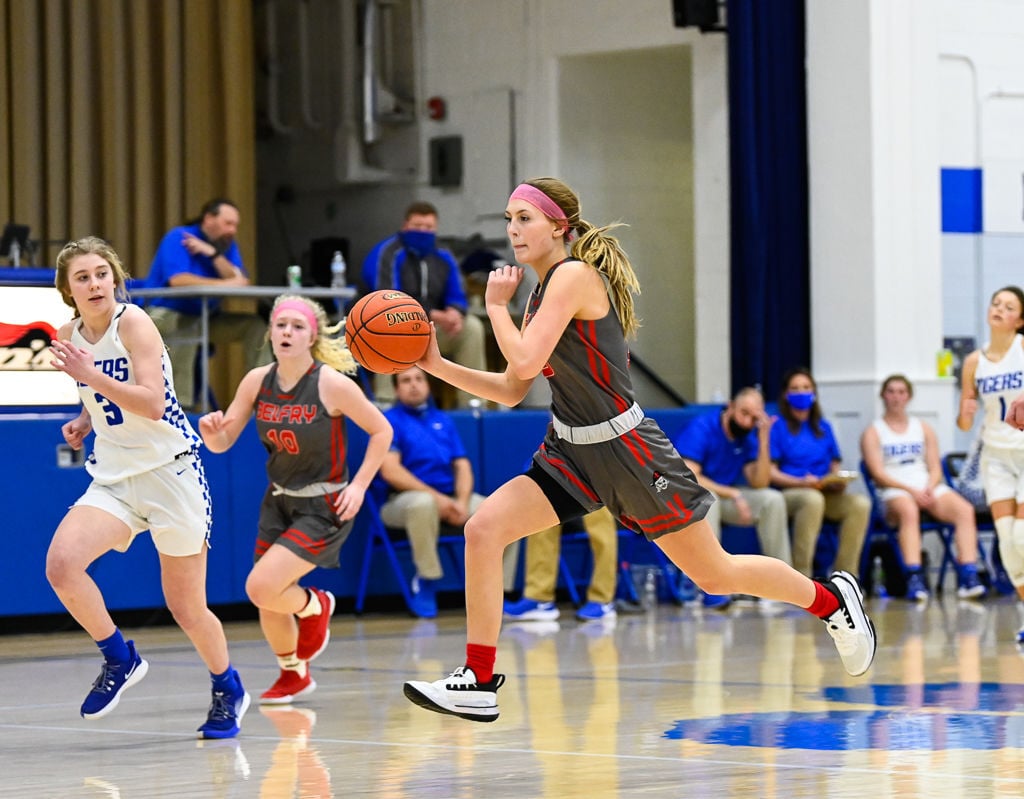 Belfry junior Cushi Fletcher brings the ball up the court during the Lady Pirates 53-39 victory at Paintsville on Monday, Jan. 4. 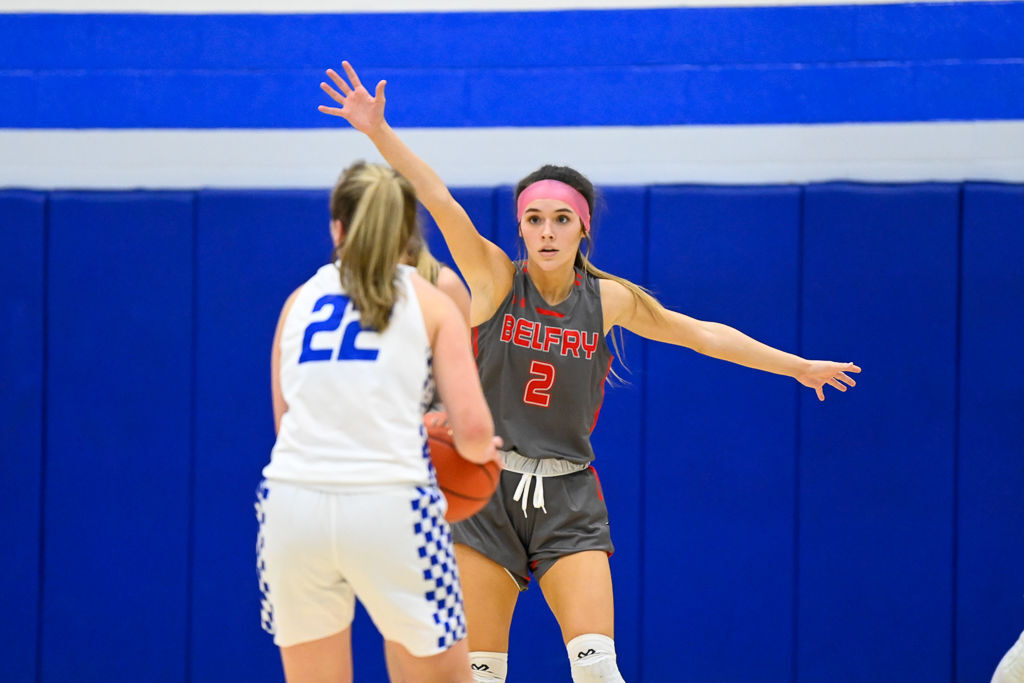 Belfry’s Kyra Justice has her arms out playing defense during the Lady Pirates 53-39 victory at Paintsville on Monday, Jan. 4.

Belfry junior Cushi Fletcher brings the ball up the court during the Lady Pirates 53-39 victory at Paintsville on Monday, Jan. 4.

Belfry’s Kyra Justice has her arms out playing defense during the Lady Pirates 53-39 victory at Paintsville on Monday, Jan. 4.

The Belfry Lady Pirates played a pair of road games to start the 2021 regular season this past week and split the two contests to come away with a 1-1 record.

The Lady Pirates came away with the victory in their first game of the season on Monday, Jan. 4 at Paintsville as they used a strong fourth quarter to pull away with the 53-39 win.

Head coach Kevin Deskins’ club came out shooting well to start the game as they held a 13-9 lead after the first eight minutes of play. The Lady Pirates extended their lead in the second stanza as they continued the hot shooting and outscored the Lady Tigers 15 to eight to take a 28-17 lead going into halftime.

Coming out of the break, Paintsville looked to get back into the game and they did just that as they held BHS to six points while scoring 16 of their own, as the Belfry lead was trimmed to 34-33 going into the fourth.

The final eight minutes were all Belfry however as the red-and-white dominated the fourth quarter by outscoring the Tigers 19-6 to surge to the 14 point win.

Freshman point guard Kyera Thornsbury led her squad on the night as she dropped a double-double with 15 points and 11 rebounds.

Juniors Cushi Fletcher and Linzee Phillips joined her in double-figures as they each tallied 12 while Kyra Justice finished with eight points and a team leading four assists.

Leandra Cornette and Emilea Preece each scored 14 to lead Paintsville.

The Lady Pirates were back on the road on Friday, Jan. 8 and traveled to play Floyd Central in a had-fought battle.

The red-and-white got off to another fast start against the Jags as they ran ahead to the 15-14 lead after one quarter and extended it to 29-24 going into the break.

Coming out of halftime, the Lady Jaguars went on a run as they outscored BHS 16-6 to take a 40-35 lead going into the fourth.

The Lady Pirates chipped away at the lead in the final stanza but could not come back for the win, as FCHS held on for the 58-54 win.

Thornsbury had another big game for Belfry as she scored a game high 25 points while also grabbing nine rebounds. Justice was the lone Belfry player to join her in double-figures as she poured in 15 points.

BHS was scheduled to be back in action at home on Monday night against East Ridge and then again on Tuesday night at district foe Pike Central, but scores and stats from those games were not available by press time.

The Lady Pirates are currently scheduled to play another district game on Friday when they travel to Phelps to play the first game of a girls/boys doubleheader.