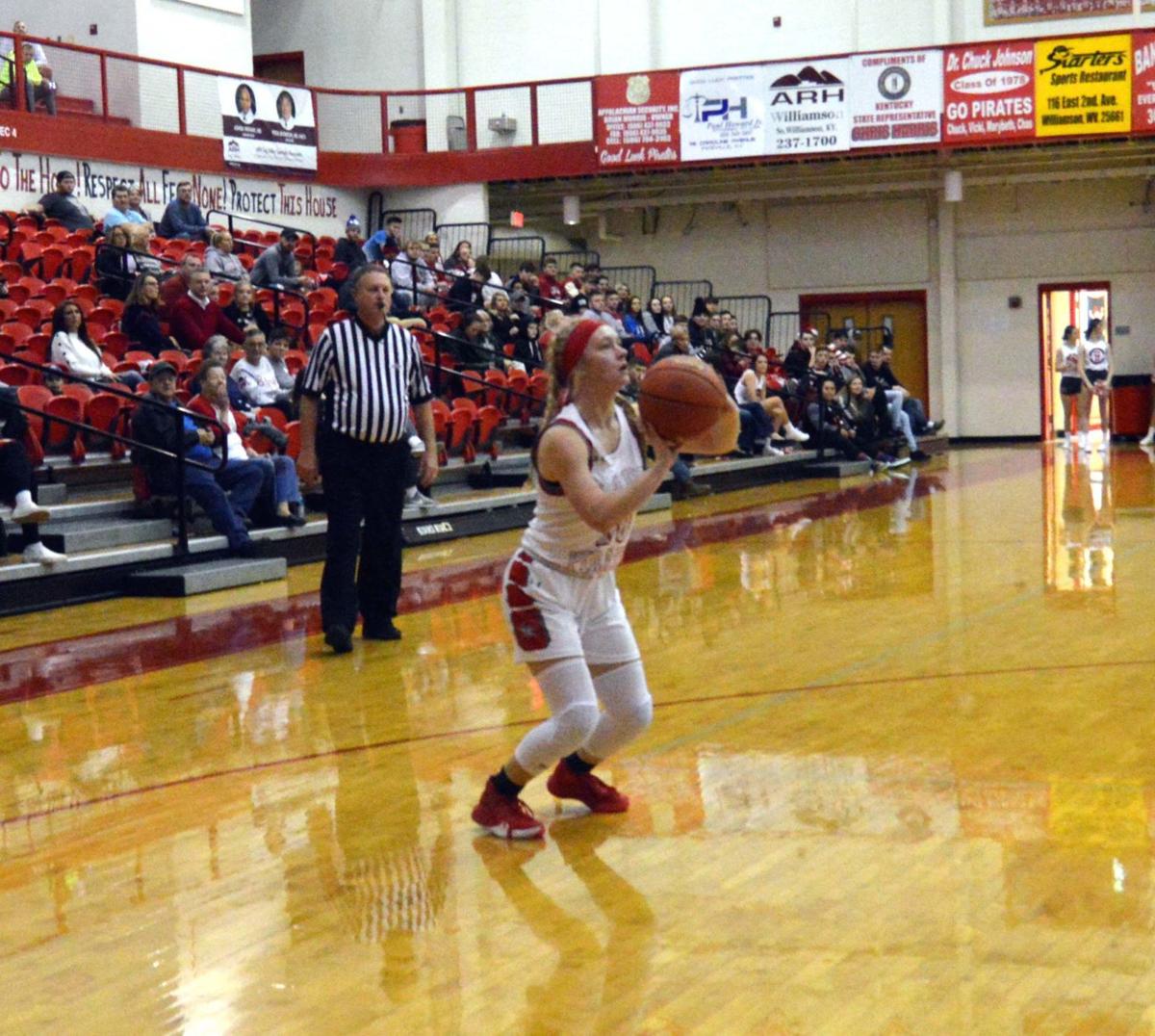 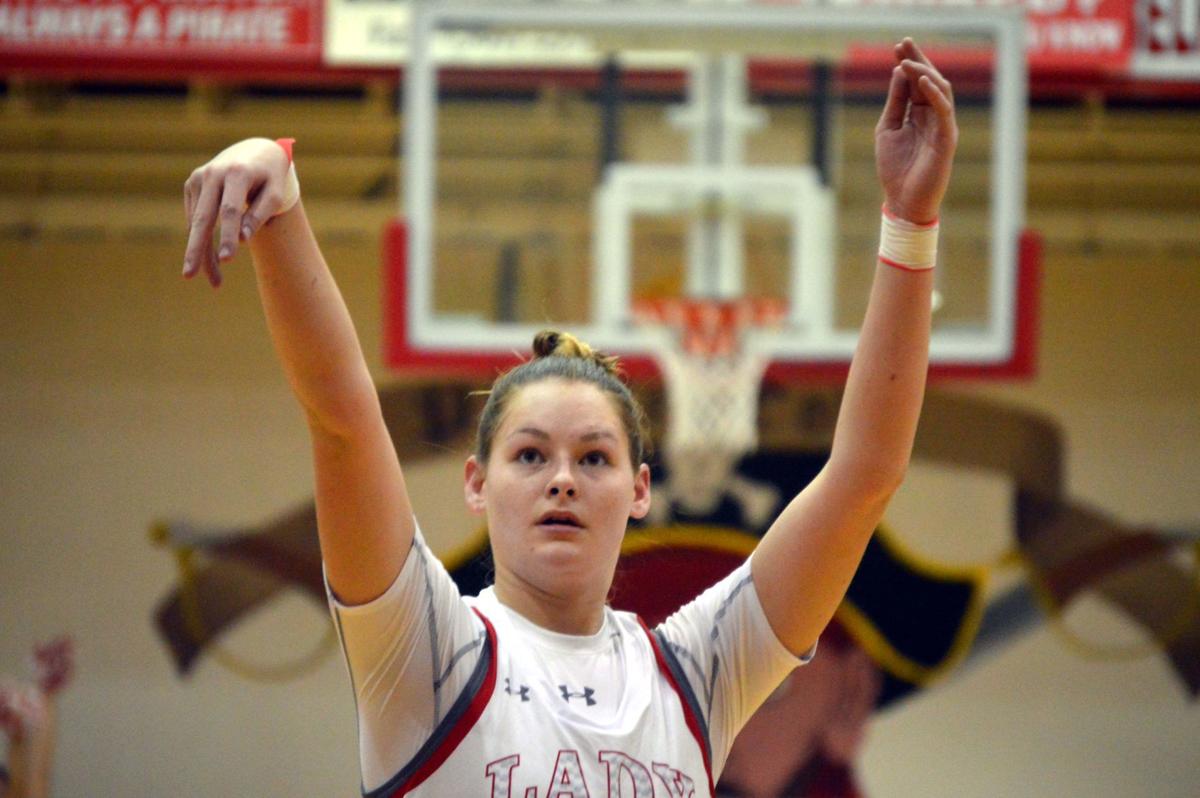 The Dawgs would get off to a fast start, beginning the game on a 10-3 run and forcing Deskins to call a timeout after a layup by LCHS sophomore center Kyleah Ward.

However, the Pirates would fight back to take a 15-14 lead at the end of the first frame behind senior forward and UPike commit Katie Ball. She would end the quarter with nine points and two blocks, including a layup on an and-one and a successful free throw to put Belfry ahead after one period.

The tide would turn in the Red and White’s favor to begin the second quarter. Sophomore guard Linzee Phillips would drill a three pointer with 6:15 left in the frame, and sophomore forward Cushi Fletcher would follow that up with a trey of her own, plus a layup, putting BHS on an 8-0 run and forcing Lawrence to call a timeout.

The Pirates would take their biggest lead of the game at 29-15 after Phillips nailed another long-range shot, and they would go on to take a 32-22 lead going into the locker room at halftime. Head coach Melinda Feltner’s squad turned the ball over four times in the period, while Ball would add another swat for Belfry.

BHS senior forward Taylor Layne would convert on a layup with 2:35 left in the third quarter, putting the Bucs ahead 38-29.

The Bulldogs would end the quarter on a 5-0 run, though, with a three ball by junior guard Ellie Webb and a layup by center Kaison Ward, who is an eighth grader.

Belfry would hold a 38-34 lead after three frames. Ball would tack on four more points in the quarter for the Pirates.

Lawrence County would get to within three points at 42-39 after a pair of free throws by Kaison Ward, but that is as close as they would get. The hosts would hold on to the lead rest of the way.

Ball added five points and two blocks in the period for Belfry, and they would go on to win the game by a final score of 50-44.

Belfry outshot Lawrence County from the field with a 33.3% mark to the Bulldogs’ 32.6%.

The Pirates won the game despite being out-rebounded 37-31, and BHS had 15 assists while Lawrence only tallied 6.

Katie Ball lead the Bucs in scoring while notching a double-double in the process, scoring 22 points and adding 12 rebounds. Freshman guard Kensley Feltner led the Dawgs in scoring with 12 tallies.

Fletcher followed with eight points for Belfry while Phillps scored seven, and Keyera Thornsbury and Layne each finished with six.

Belfry improved to 5-7 with the win, and they returned to the court on Monday night for another game in the Kentucky Class AA Championship Sectional Tournament, facing off against the Floyd Central Lady Jaguars.

Scores and stats from that game were not available by press time.