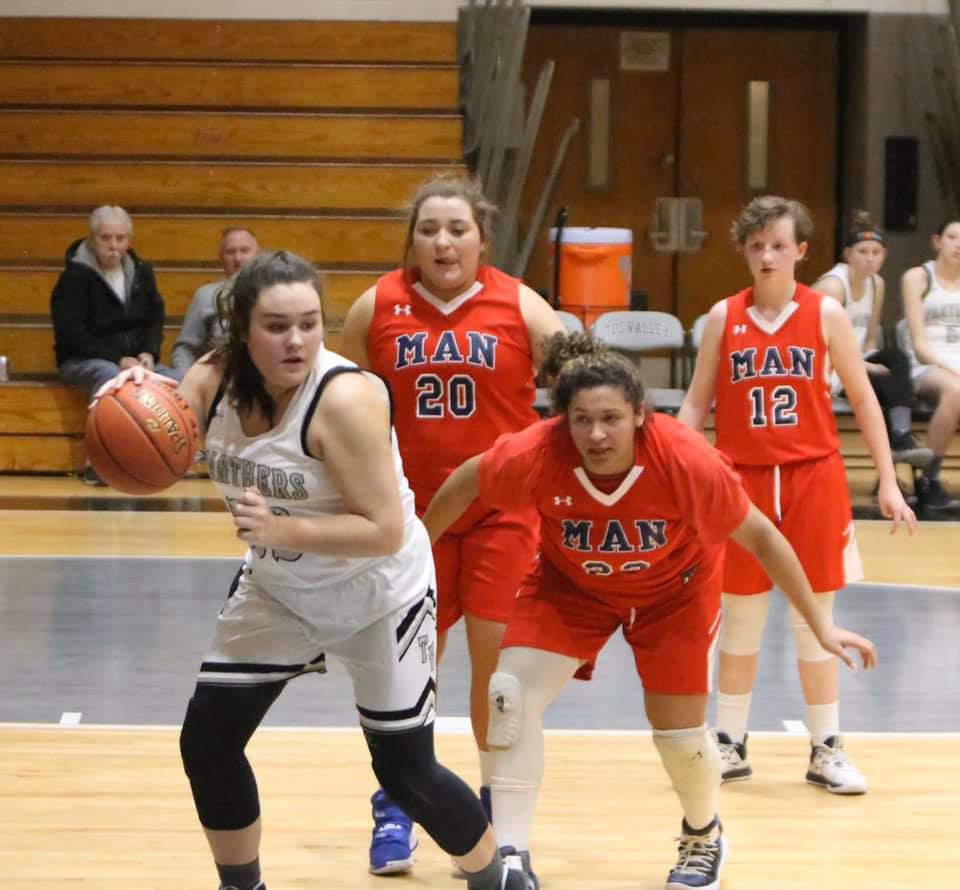 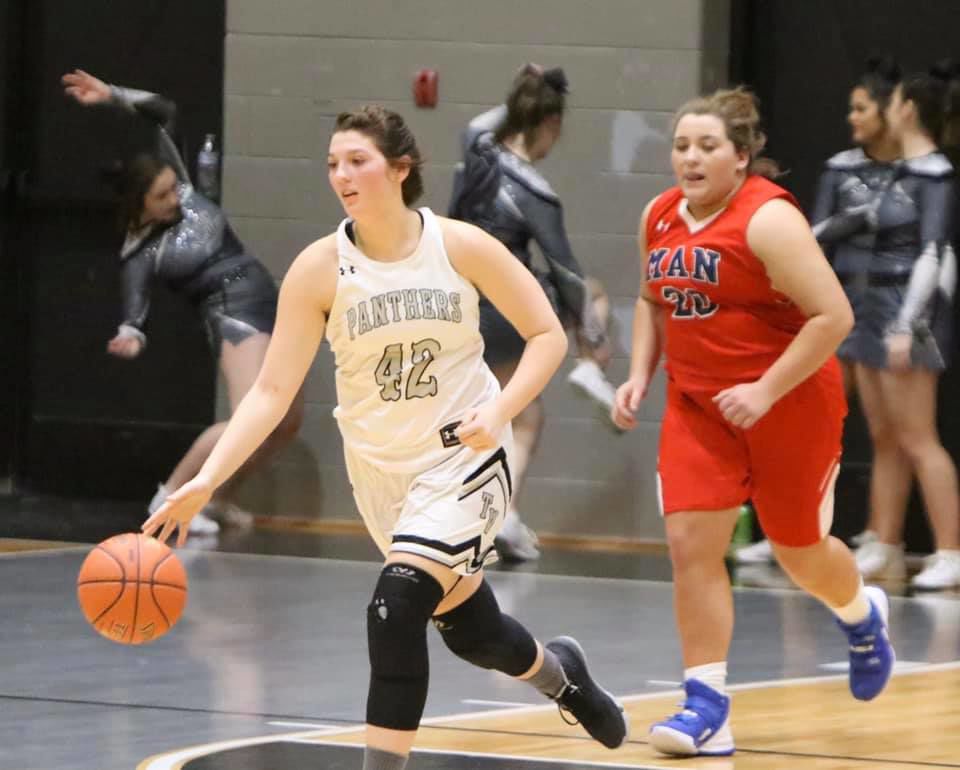 Tug Valley junior Makayla May brings the ball up the court in the Lady Panthers’ 69-44 win over Man on Jan. 16 inside the Tug Valley High School gymnasium.

Tug Valley junior Makayla May brings the ball up the court in the Lady Panthers’ 69-44 win over Man on Jan. 16 inside the Tug Valley High School gymnasium.

NAUGATUCK — The Tug Valley Lady Panthers picked up a pair of big wins this past week as they knocked off Class AA Man 69-44 at home on Thursday and rolled past sectional foe Sherman by a final of 89-54 on Monday, Jan. 13.

In doing so, the jumped their winning streak to four games in a row and improved to 9-3 on the year and received some statewide recognition as they were voted No. 7 in the AP Class A Girls’ Basketball Poll.

In the win over the Lady Hillbillies, the Lady Panthers jumped ahead to a 20-5 lead after the first quarter of play and never looked back. They extended that lead to 37-13 going into the break and then 57-23 going into fourth before cruising to the 25 point victory.

The Lady Panthers had a balanced attack against the ‘Billies as they had all five starters score nine or more points.

Sophomore point guard Kaylea Baisden narrowly missed a triple-double as she finished with 22 points, 10 assists, and grabbed eight rebounds. Forward Makayla May followed her with 14 points and also dished out eight assists.

Haley Gillman came in off the bench and hit a three to round out the scoring for Tug Valley while Olivia Ramsey’s 13 points and Kami Anderson’s 12 led the way for Man.

TUG VALLEY 89, SHERMAN 54 (Jan. 13): The Tug Valley Lady Panthers went on the road against Sherman and torched the nets against the Tide as they were led by 38 points from sophomore Kaylea Basiden and topped the Lady Tide 89-54.

Baisden fired in seven three-point shots as she was on fire from beyond the arc and also grabbed nine rebounds and dished seven assists.

She scored 16 points in the first quarter for the Lady Panthers to help them jump ahead to the 32-13 lead after one quarter of play.

Coach Clyde Farley’s improved their lead to 61-39 going into the fourth quarter where they put the final nails in the coffin as they outscored the Lady Tide 28-15 in the fourth to secure the 35-point win.

Junior Makayla May also had a big game for the Panthers as she recorded a triple-double as she scored 15 points, grabbed 12 rebounds, and picked up 10 steals. Alyssa Newsome and Audrey Evans each followed with 11 points apiece for the Lady Panthers while Brooklyn Evans scored six points and grabbed 12 rebounds and Autumn Hall scored four points but also grabbed 10 boards.

Haley Gillman’s four points rounded out the scoring for Tug Valley, while Hailea Skeens led Sherman with 22 and Caroline Nelson followed her with 16.

After the pair of wins Tug Valley saw their record move to 9-3 on the 2019-20 season. They were scheduled to be back in action in the first of two match ups against in-county rival Mingo Central, but scores and stats were not available by press time.

The Lady Panthers are back in action as they hit the road on Thursday and play at Kentucky foe Lawrence County in a 7 p.m. tip.