Sign Up
Log In
Purchase a Subscription
You are the owner of this article.
Edit Article Add New Article
You have permission to edit this article.
Edit
Welcome, Guest
Home
News
COVID-19 Vaccine
Sports
Features
Photos
Opinion
Obituaries
e-Edition
Contests
Classifieds
Cars
Homes
Jobs
Legals
HD Media
No Thanks
1 of 2 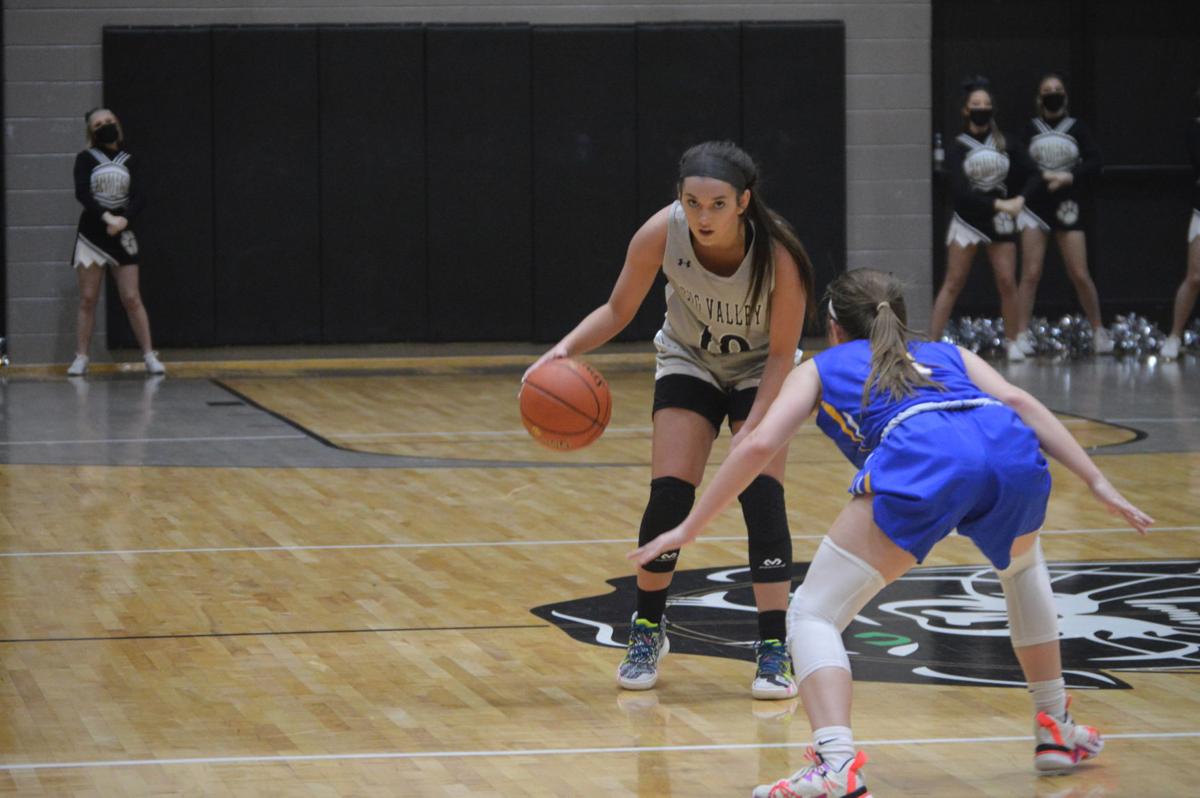 Tug Valley junior point guard Kaylea Baisden surveys the court during a game for the Lady Panthers in the 2021 season. 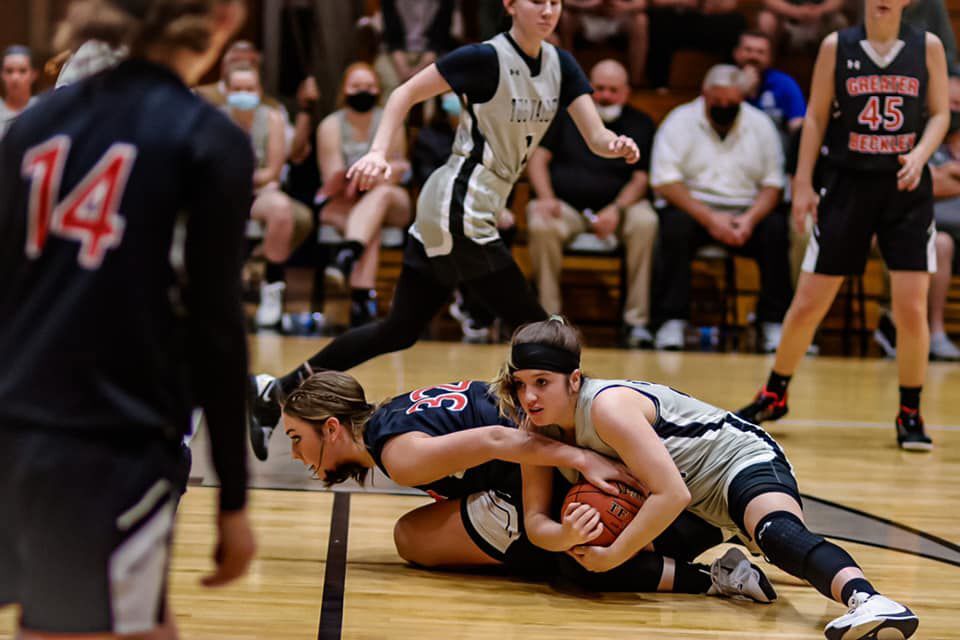 Tug Valley junior point guard Kaylea Baisden surveys the court during a game for the Lady Panthers in the 2021 season.

GLENVILLE, W.Va. — For the second time in a week, the Tug Valley Lady Panthers defeated the No. 1 team in Class A and this time it came on the road as they traveled to Gilmer County on Monday, April 5 and came away with a 59-51 win.

In what head coach Clyde Farley called a total team effort, all five of the Tug Valley starters finished the game in double-figures scoring as they had a balanced attack top to bottom.

Senior shooting-guard Alyssa Newsome led the way for the silver-and-black with 18 points, including 11 in the second quarter alone when she connected on three straight trifectas.

Hall recorded a double-double as she snatched down 13 rebounds, 11 in the second half, while Baisden added seven assists and six steals.

Gilmer County led 17-10 after the first quarter of play but the Lady Panthers rallied in the second frame to outscore them 17-8 to take a 27-25 lead into the halftime locker rooms.

Coming out of the break TVHS continued to add to their lead as they added 17 more points in the third quarter to take a 44-36 lead into the fourth quarter where they would make the plays needed down the stretch to hold on for the eight point road win.

With the win the Lady Panthers closed out the regular season with a 9-2 record in the shortened season and ranked the No. 6 team in Class A as of press time. They were expected to climb up the new rankings when they are released after the second defeat of top ranked Gilmer County. TVHS also defeated Gilmer 58-50 in Naugatuck on March 31.

Coach Farley’s club found out on Tuesday, April 6 that they were voted as the No. 1 seed in the Class A Region 4 Section 2 Tournament.

The Tolsia Rebels (4-5) were voted as the No. 2 seed while Sherman landed the No. 3 seed and Van (1-7) came in at No. 4. Man is the fifth team in the section but did not have enough players to field a girls’ team this season.

The Lady Panthers will play Van in the semifinals on Tuesday night at 6:30 p.m. at Willie Akers Arena in Logan. TVHS was scheduled to play the Lady Bulldogs twice in the regular season but both games were cancelled due to COVID-19 issues.

With a win in the semifinal round, Tug Valley would advance to the Region 4 Section 2 Championship game which would be played on Thursday, April 15 at 7 p.m. at Willie Akers Arena.

The Region Co-Final round for Class A would be the following Wednesday, April 21.