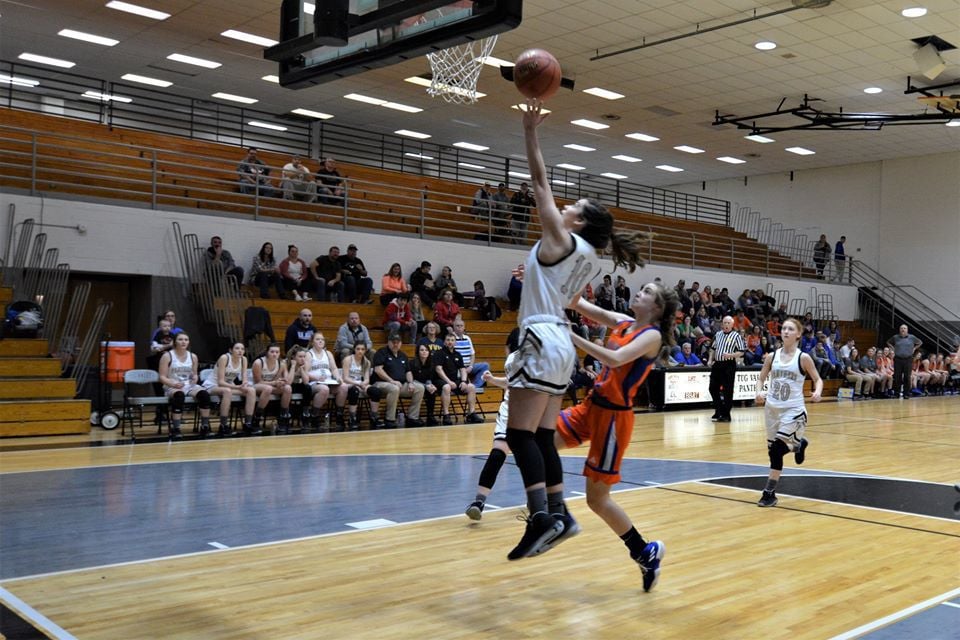 Submitted Photo Tug Valley guard Kaylea Baisden finishes at the rim for two points during the Lady Panthers 59-40 win over rival Tolsia on Thursday, Jan. 9, 2020 inside the TVHS Gymnasium. 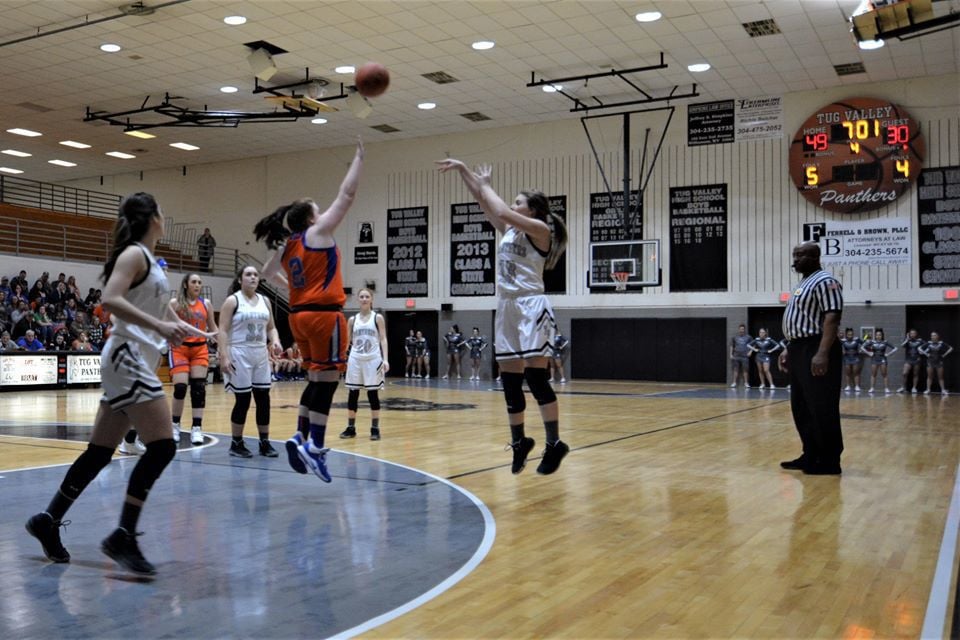 Submitted Photo Tug Valley sophomore Autumn Hall fires up a three-pointer during the Lady Panthers 59-40 win over rival Tolsia on Thursday, Jan. 9, 2020 inside the TVHS Gymnasium.

Submitted Photo Tug Valley guard Kaylea Baisden finishes at the rim for two points during the Lady Panthers 59-40 win over rival Tolsia on Thursday, Jan. 9, 2020 inside the TVHS Gymnasium.

Submitted Photo Tug Valley sophomore Autumn Hall fires up a three-pointer during the Lady Panthers 59-40 win over rival Tolsia on Thursday, Jan. 9, 2020 inside the TVHS Gymnasium.

NAUGATUCK —The Tug Valley Lady Panthers had no problem defeating heated rival the Tolsia Rebels on Thursday night in Naugatuck, cruising to a 59-40 victory.

The Panthers would lead the game 12-11 at the end of the first period. Baisden scored five points in the frame for Valley, while May would notch two points and two steals. Freshman guard Autumn Block tallied seven points in the quarter for the Lady Rebels.

The second quarter would begin with a TVHS score and a layup by Baisden 19 seconds into the frame, giving the Black and White a 15-11 lead. They would also gain a 21-13 advantage after a basket by sophomore forward Autumn Hall. The rest of the period was all Tug Valley, as they went into halftime with a 29-18 lead.

Sophomore guard Audrey Evans lead the Panthers in the second quarter with six points, while May added five more points and a steal to the scoresheet.

However, Clyde Farley’s Panthers would respond with a huge run of their own, dominating the rest of the period by going on a 19-2 advantage and ending the third frame with a 49-30 lead.

The fourth quarter, again, went mostly in the Lady Panthers’ favor as they lead by as many as 21.

Baisden lead the Panthers in scoring on the night with 15 points, while Hall and May joined her in double figures with 11 and 10 points, respectively.

Coach Farley elaborated on what this win meant to his ball club.

“Tolsia is always a big game,” he said. “We’ve been struggling a little bit and now it’s two in a row against quality teams, and kind of sets us up for a second half run.”

He also couldn’t ignore the value that Baisden and May, who were Valley’s two leading scorers on the evening, bring to his team.

“They’re very versatile, they can both play multiple positions,” Farley said. “We play Kaylea at point, but she can play just about anywhere on the court. Our whole team is kind of like that. We have three in double figures in scoring for the year and we have three in double figures in rebounds for the year, so every night it’s a little bit different.”

He admitted that there are still things they need to improve on as the season rolls along.

“We’re never happy with where we are, we’re always looking for ways to improve,” Farley said. “In this particular game we felt like we did a poor job there at the end of taking care of the basketball. We were playing like we were behind when we were ahead by 18 points. We learn from that and move ahead from that. We got two games next week and we look forward to those and just take them one game at a time.”

Tug Valley improved to 7-3 on the 2019-2020 season with the win, and they were back in action on Monday night as they hit the road for a contest against the Sherman Lady Tide, but scores and stats were not available by press time.

TUG VALLEY 59, GRACE CHRISTIAN 53 (Jan. 6): The Panthers (6-2) outscored the Soldiers 24-10 in the fourth quarter to rally for a victory in Naugatuck, West Virginia.