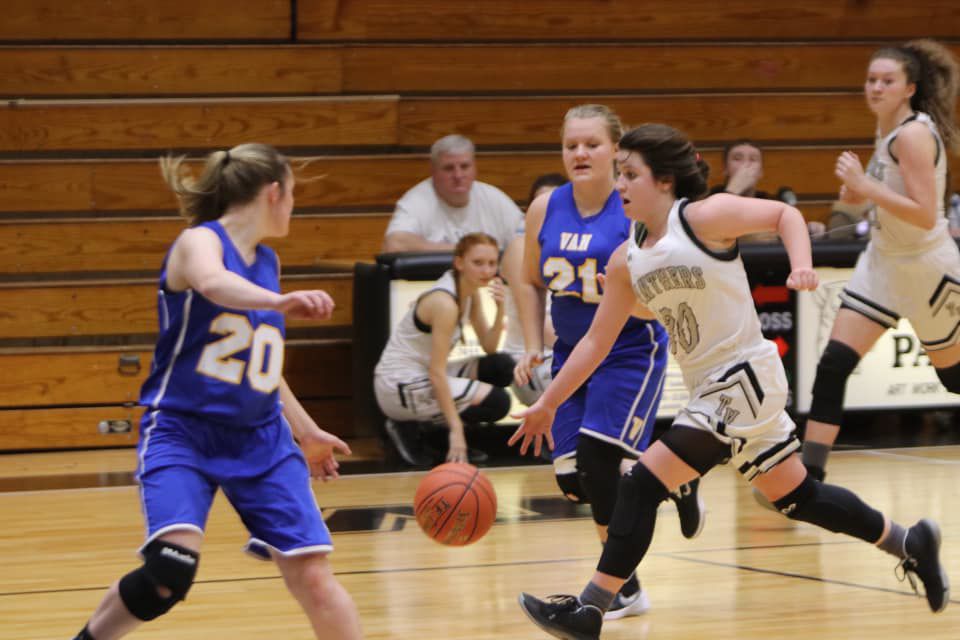 Tug Valley’s Audrey Evans drives the ball to the basket during the Lady Panthers 67-22 win over Van on Feb. 3 inside the TVHS Gymnasium. 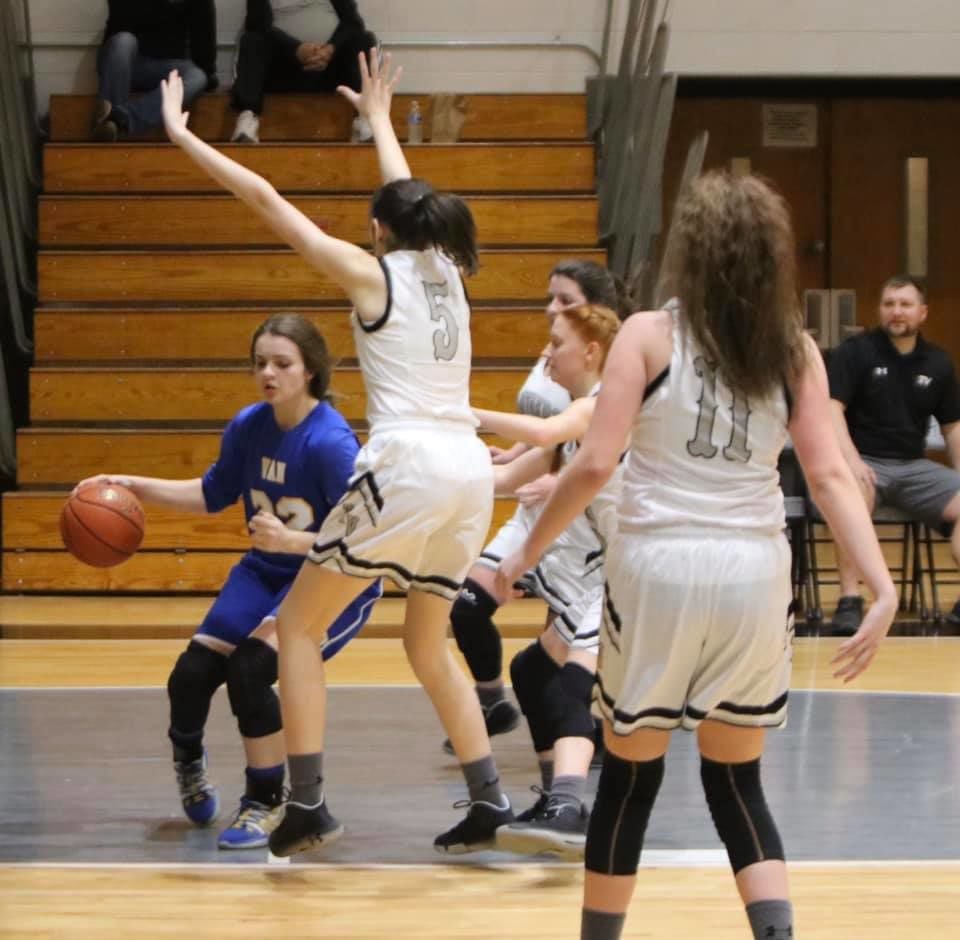 Tug Valley sophomore Karli Ward (5) moves her feet on defense while freshman Kristen Fields (11) looks on during the Lady Panthers 67-22 win over Van on Feb. 3 inside the TVHS Gymnasium.

Tug Valley’s Audrey Evans drives the ball to the basket during the Lady Panthers 67-22 win over Van on Feb. 3 inside the TVHS Gymnasium.

Tug Valley sophomore Karli Ward (5) moves her feet on defense while freshman Kristen Fields (11) looks on during the Lady Panthers 67-22 win over Van on Feb. 3 inside the TVHS Gymnasium.

NAUGATUCK — The Tug Valley Lady Panthers picked up a win over sectional foe Van on Monday, Feb. 3 in dominating fashion as they cruised to the 67-22 win.

The Lady Panthers (11-6) played lock down defense against the visiting Lady Bulldogs all game long, holding them to single-digit points in all four periods.

TVHS wasted no time jumping all over Van (11-4) in the first period as they raced ahead to a 20-2 led after the first eight minutes of play, led by nine points from junior Makayla May.

Coach Clyde Farley’s club continued the onslaught in the second frame as they outscored Van 14-4 to take a commanding 34-6 lead into the half.

Coming out of the break Tug Valley topped the Lady ‘Dogs 10-7 in the third to extend the lead to 54-13 going into the fourth quarter where they would cruise to the 45-point win.

The Lady Panthers had a balanced scoring attack as they saw all nine players that played land in the scoring column.

Junior Kaylea Baisden led the squad with a 25 point performance and also recorded a double-double as she grabbed 12 rebounds while dishing out six assists.

Junior shooting guard Alyssa Newsome followed her with 15 points and a team high four steals while May finished the game with 11 points and nine boards.

Brooklyn Evans tacked on four points while Kristen Fields also finished with four points and nine rebounds off of the bench for coach Farley.

Audrey Evans scored three points, Karli Ward and Autumn Hall each scored two, and Haley Gillman finished with one to round out the scoring for TVHS.

The Lady Bulldogs were led in scoring by senior Karlie LaFauci as she dropped in 13 points.

The loss for Van was only their fourth of the season as they fell to 11-4 while the Lady Panthers improved to 11-6 with the win.

TVHS was back in action once again versus Van on Monday night, but scores and stats from that game were not available by press time. They are set to play on Wednesday against No. 9 Williamstown in the Little General Shootout on the campus of W.V. State at 10 a.m.

Due to the high flood waters and the flu-bug the Lady Panthers had two games postponed this past week, but they were both rescheduled.

Tug Valley will play Grace Christian on the road on Friday, Feb. 14 and then host Carter Christian on Tuesday, Feb 18 in their 10th Annual Breast Cancer Awareness game, which is played in memory of 1992 Tug Valley grad Tina Vance Stacy.

That game is set for 7 p.m. in the TVHS Gymnasium.