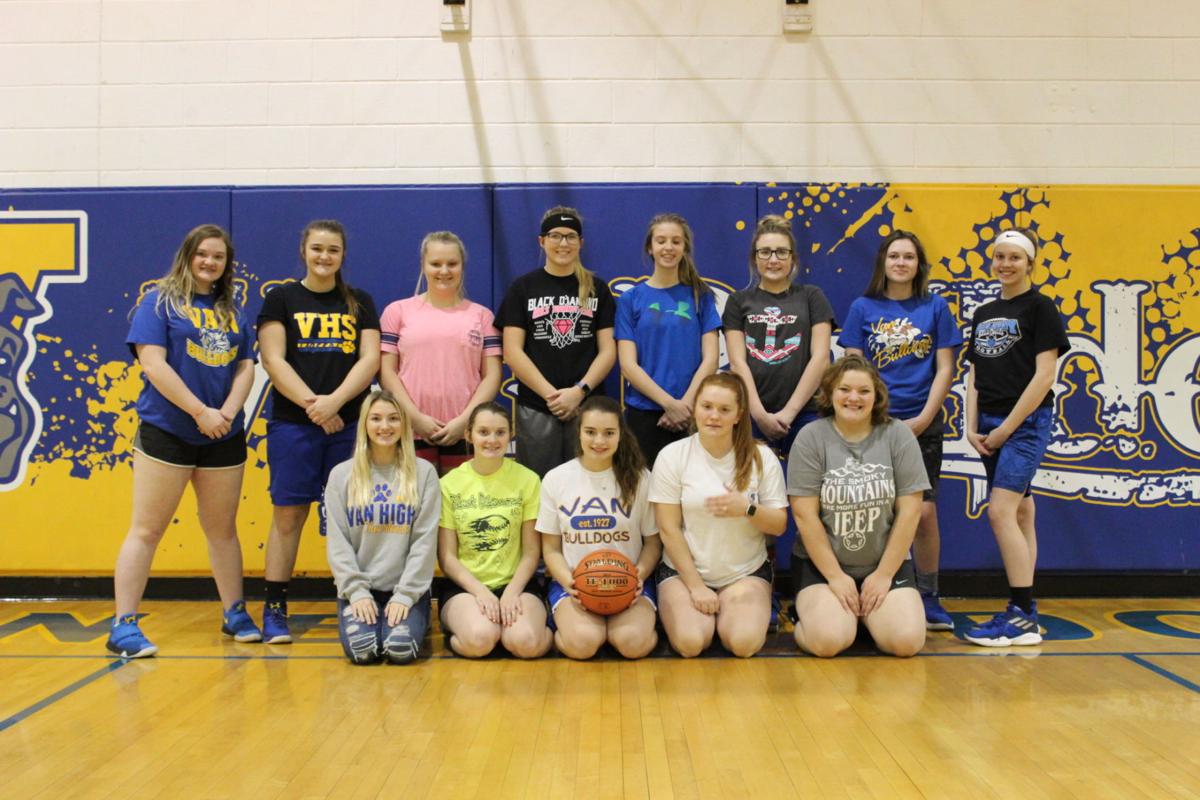 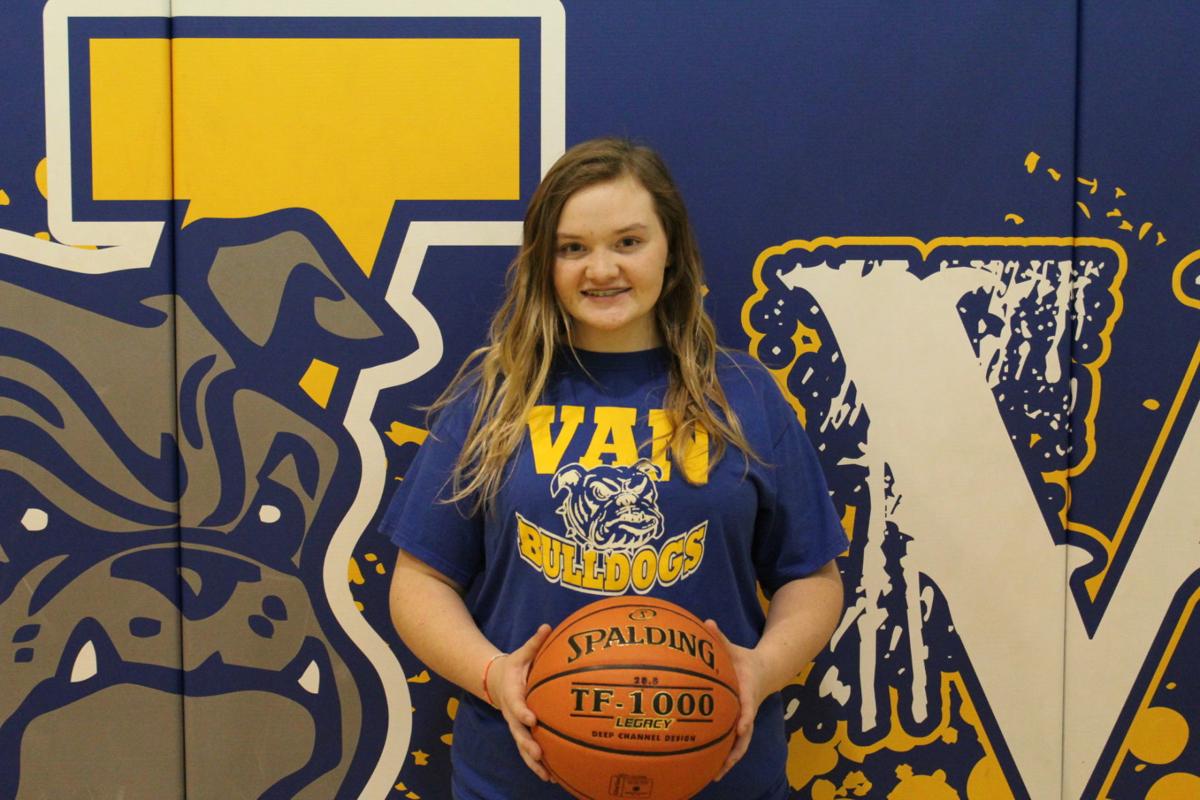 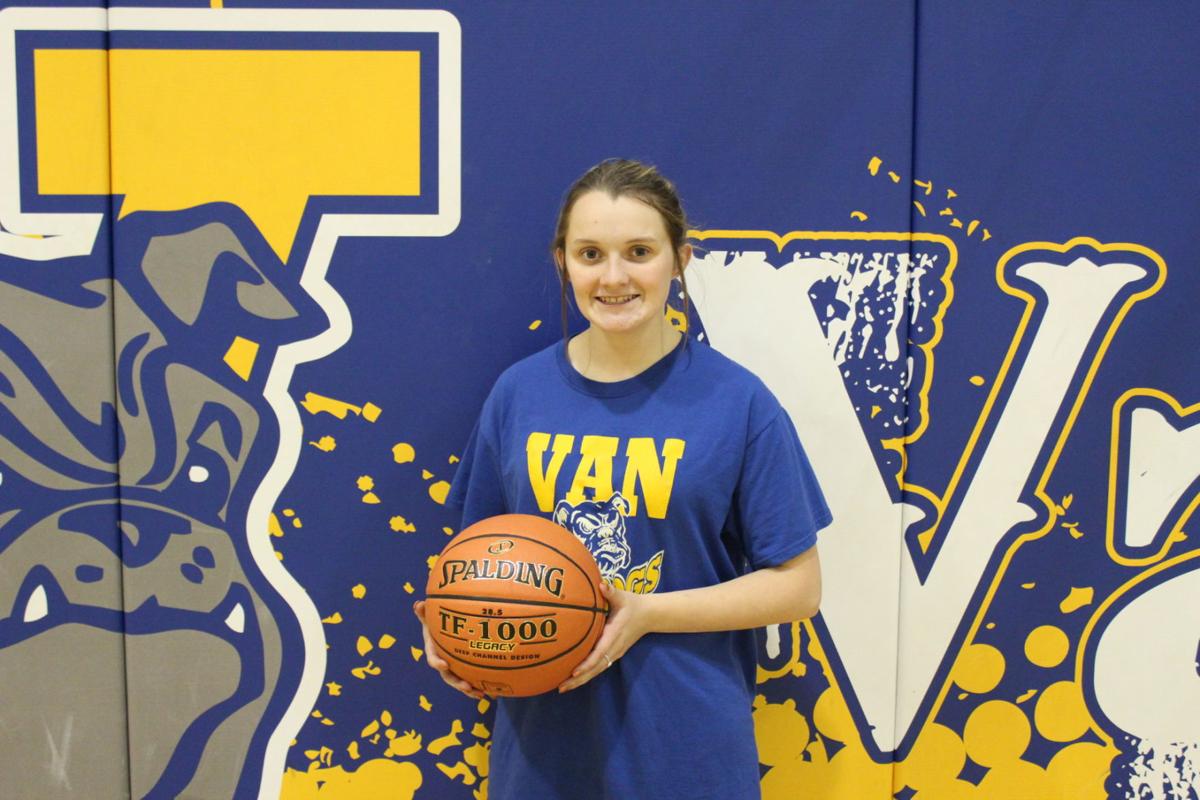 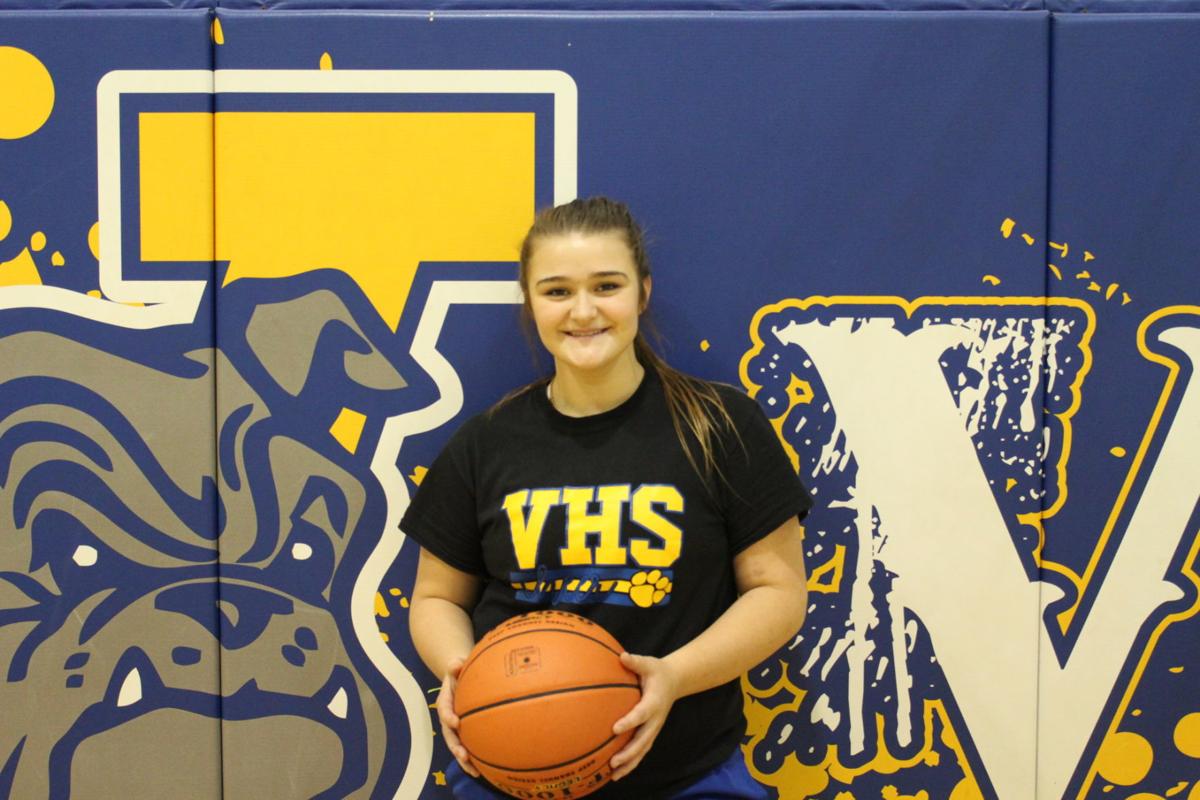 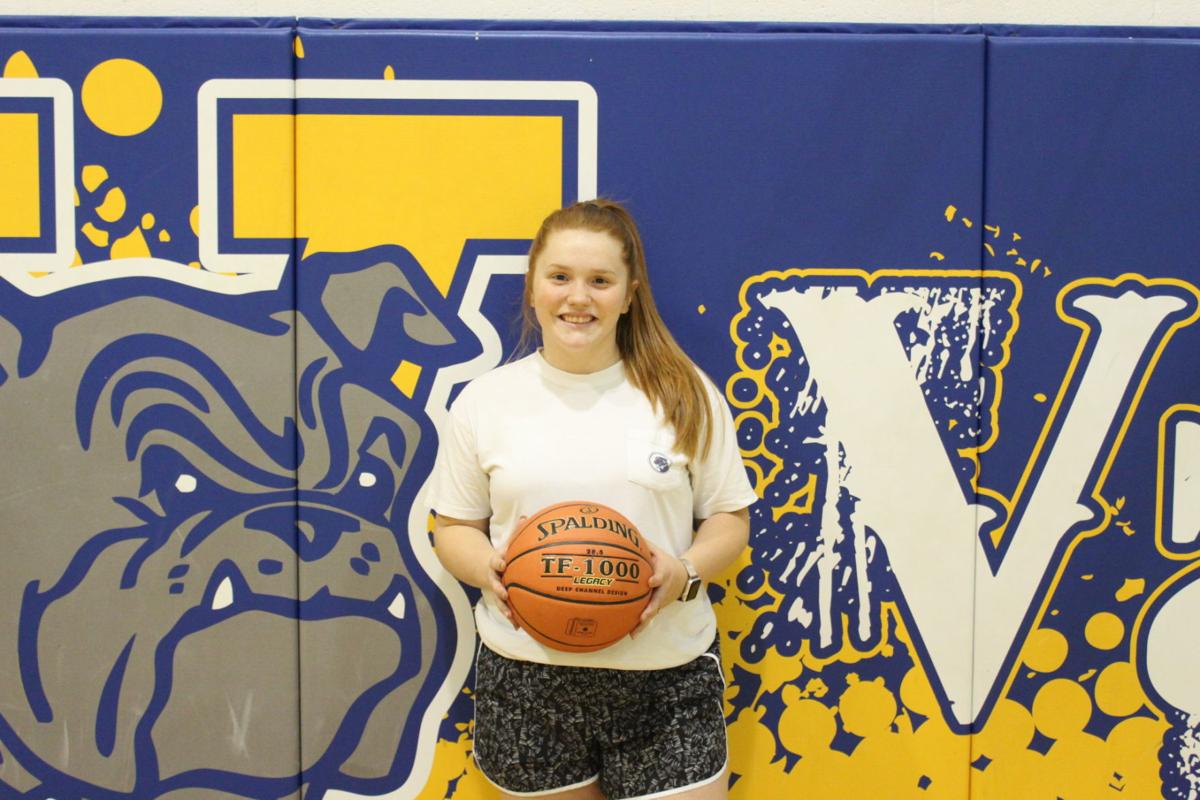 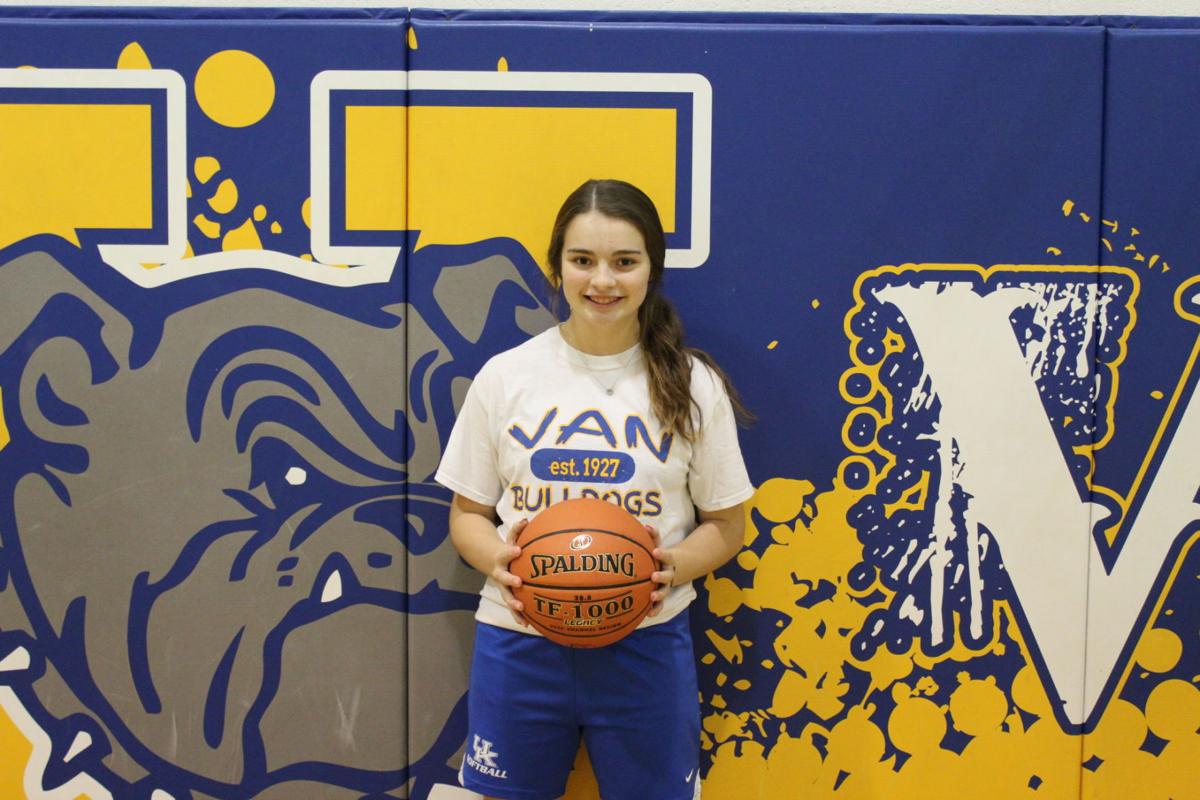 VAN — After a successful 2018-19 basketball season that included an excellent showing at the West Virginia Hometown Invitational Tournament, the Van Junior-Senior High Lady Bulldogs have been back to work ahead of a later start to the 2019-20 season.

The team, which includes three seniors, two juniors, three sophomores and five freshmen, is a smaller team than last year’s, but the senior class has worked hard to make sure the underclassmen are prepared and motivated, according to coach Stephanie LaFauci.

On the other side of things, the remainder of the team have impressed her with what they have already learned.

“There are a couple of freshmen that I expect will make some immediate impact on varsity,” LaFauci said.

Karlie LaFauci, one such senior, has enjoyed three productive years as a Lady Bulldog. As it currently stands, she has amassed 832 points and looks to break 1,000 in her graduating season. Alongside her are a rebounding specialist in forward Kensley White and returning shooting guard Abby Sampson.

While it is a process for a team to fit together in the earliest parts of a season, coach LaFauci said she feels good about the team meshing and generating a good number of wins with the skill they have. Though Van lost point-scorers at the end of last season, she expects players like White to step up and make up for those points.

“She’s a scrapper,” LaFauci said. “She gets in there, and she gets after [the ball].” She also says that Sampson’s scoring ability will be instrumental in getting points on the board.

The team’s schedule opens with six straight away games, with two of them being against county rivals Scott and Sherman. Familiar foes Lincoln County and Man start the season off, and will be a good test for how well the team starts out the season. Van also faces a new challenger in Wirt County, whom they will play at Scott High School in a two-day Christmas event. The girls make another appearance at the HIT, a public school tournament the school has won for two years running.

“We’re excited to be a three-peat contender,” adds LaFauci.

Finally, LaFauci says she is happy to work with the team, that she has been able to see the players become friends and thrive together. As a parent as well as a coach, she sees every player like they’re her own.

“I think that we’ll be pretty successful. We’re going to come out a little bit young. We’ve got a lot of things to learn, but we’ve got a good mentoring system in place, and I think that our upperclassmen are really going to provide guidance for our freshmen and our first-time players.”