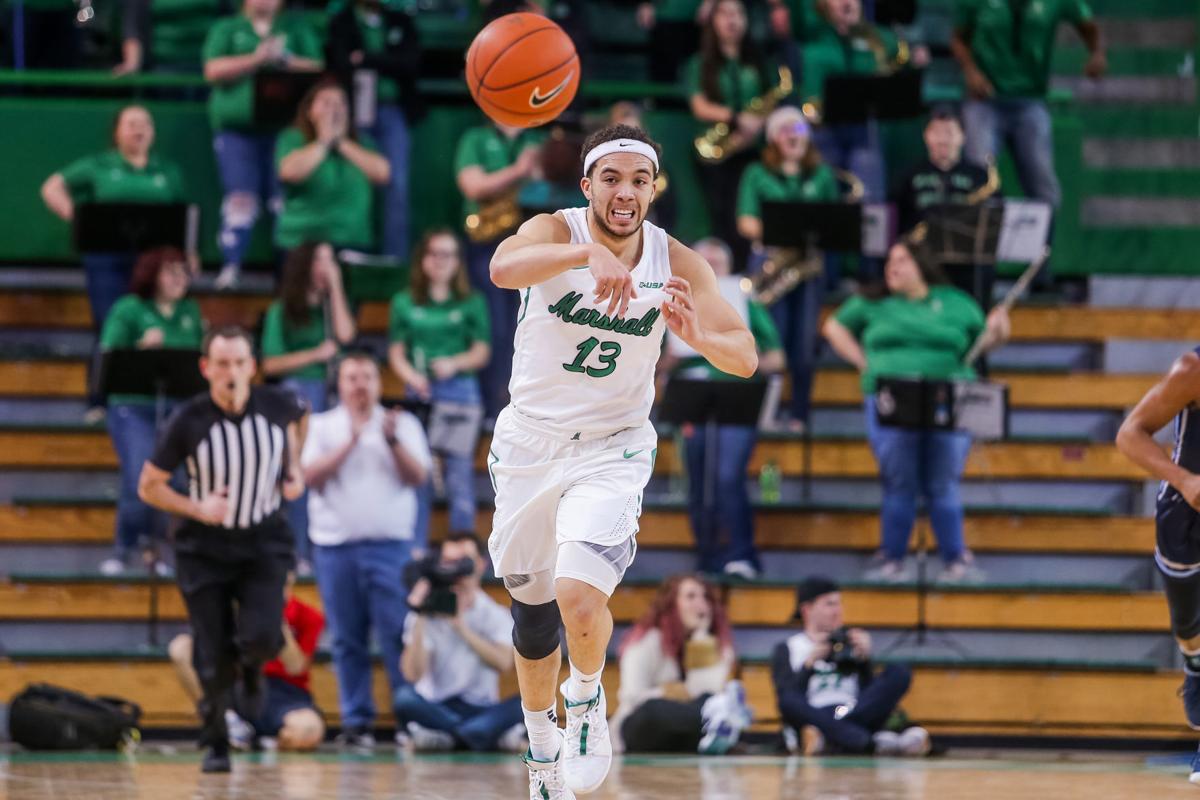 Marshall’s Jarrod West (13) passes to a teammate during a Conference USA men's basketball game against Old Dominion on Saturday, Feb. 22, 2020, in Huntington. 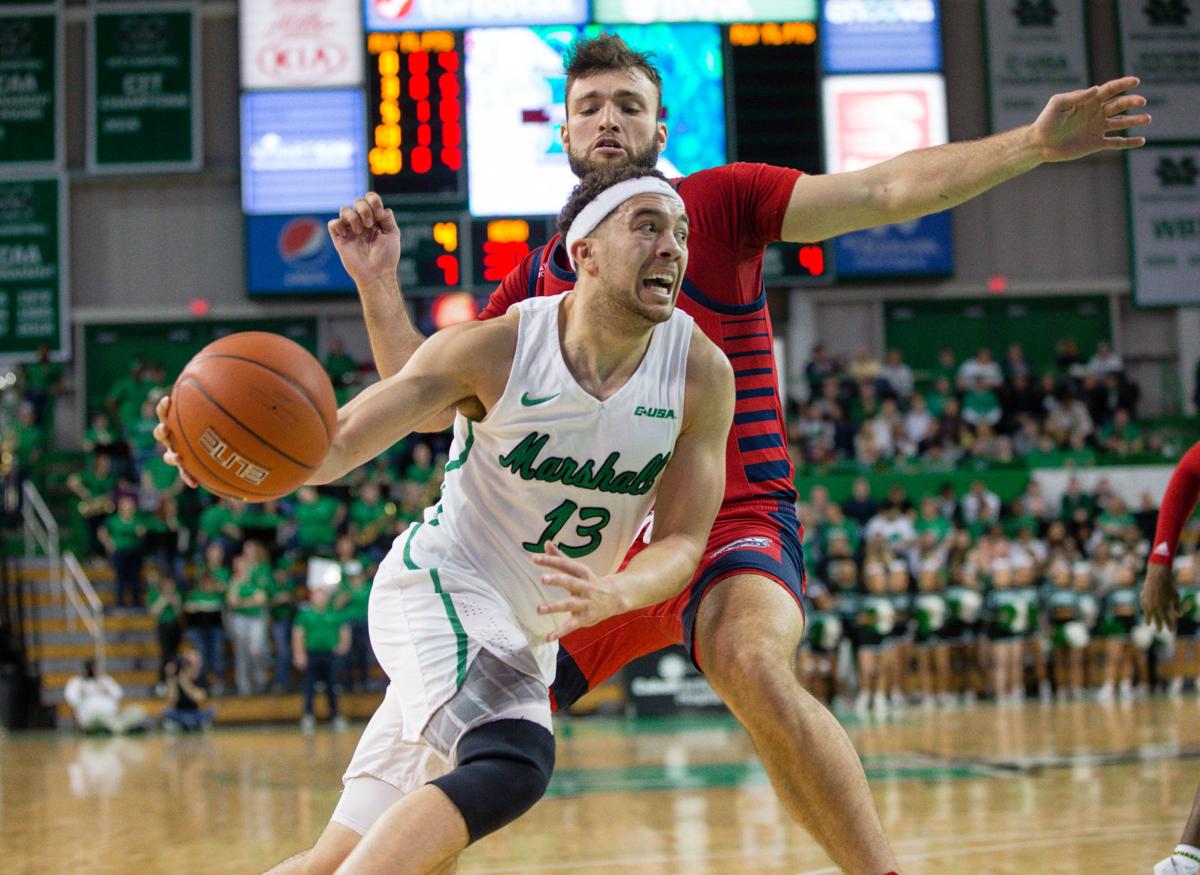 Marshall’s Jarrod West (13) drives to the basket against Florida Atlantic’s Aleksandar Zecevic during an NCAA men’s basketball game on March 4 at the Cam Henderson Center.

Marshall’s Jarrod West (13) passes to a teammate during a Conference USA men's basketball game against Old Dominion on Saturday, Feb. 22, 2020, in Huntington.

Marshall’s Jarrod West (13) drives to the basket against Florida Atlantic’s Aleksandar Zecevic during an NCAA men’s basketball game on March 4 at the Cam Henderson Center.

HUNTINGTON — Marshall point guard Jarrod West confirmed on Tuesday night that he submitted his paperwork to withdraw from the 2020 NBA Draft and will return to the Herd for his senior season.

West, who orchestrated the Herd on both ends of the floor, had tested the NBA Draft waters soon after the season was abruptly cut short by COVID-19 in early March.

West said that the end of the 2019-20 season — which ended with the Herd getting set for the Conference USA quarterfinals — left a feeling of unfinished business with everyone on the team.

“The way that the season ended this year, it was good that we ended with a win, but at the same time, it left a bitter taste in our mouth because we never really got the opportunity to show everybody that we were jelling at the right time,” West said. “I think the next season is going to be a great year for us.”

Due to the coronavirus- prompted shutdown of professional sports, West was unable to get any in-person workouts with other players or NBA teams, but said he was appreciative to learn about the process and get his name out there for the future.

West also showed appreciation to Marshall head coach Dan D’Antoni for his support as he went through the process.

“I asked him what his thoughts were and he said, ‘Go for it. I have no problem with it and I’m in full support of you,’” West said. “He was all about it and thought it was a great idea to get my name out there to get some feedback and insight from those within the league.

“I really appreciate him having my back on that because a lot of coaches may not support the decision.”

D’Antoni spoke about his support for players, in general, getting feedback earlier on Tuesday before West made his announcement to withdraw his name.

“There’s no reason for those guys to not get their name out there,” D’Antoni said. “If they get drafted in the first round, great! If they go in the second round, I’d still tell them to go because that essentially guarantees a Euro contract. If professional ball is their dream, there’s no reason for them not to go for it.”

West is not the first to test the waters at Marshall. Former players Jon Elmore, C.J. Burks and Ajdin Penava all submitted their letters following the 2017-18 season when Marshall made the NCAA tournament.

Elmore and Burks returned for their senior seasons and ended their careers in the top five in team history in scoring, while Penava entered the draft and is now playing overseas.

West said he spoke with Elmore about the process in recent weeks.

“I talked to Jon, for sure,” West said. “Once I was going through the process, I asked him what it was like and he helped me with the letter — just talking to him about what he went through. It’s different now with the global pandemic where we can’t have meetings and workouts, but I still tried to get a feel for it to see if he could help me out.”

West is coming off a year in which he was an All-Conference USA third-team selection and was named to the league’s all-defensive team as well.

West showed his strength on both ends of the court within the league, earning the distinction of being the only player in Conference USA to finish in the top 10 in scoring (14.2, 10th), assists (4.1, fifth) and steals (2.0, first).