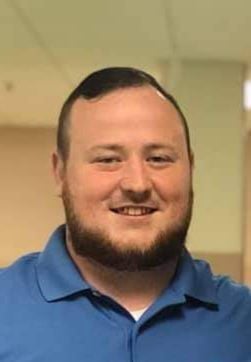 Staton is a native of Mingo County and was a standout on the diamond during his playing days for both Matewan and Mingo Central. He has coached the past few years at Matewan Middle School.

“I’ve been around baseball my whole life, I’m excited to get started on re-building this program,” Staton said. “Coaching in middle school the past few years I’ve got to talk to a lot of kids who I think will come out and play. I think we’ll have a good number of kids out but we’ll be pretty young, going to have a lot of freshman. Hoping to get these young kids some playing time and hopefully in three four years we’ll have this program turned back around.”

After capturing double-digit wins in 2019 under previous coach Logan Lester, the baseball season was cancelled in 2020 due to the COVID pandemic. The Miners then won only 2 games this past season under the direction of coach Brian Wellman.

Staton said he has hopes of taking that program to new heights and plans to bring some much needed stability to the baseball program on Miner Mountain.

“I hope to bring some stability to the program, these kids need to have the same coaches year in and year out and know what is expected out of them,” Staton said. “Once you get some stability and the kids see what you’re doing you just keep building off it. That’s how you end up with a good program and it don’t start from scratch, but you got to work through the lumps and the bumps to get where you want to be.”

Staton is well known on Miner Mountain as he has spent the past several seasons as an assistant coach on the football team at Mingo Central. He is also a member of the first ever graduating class in 2012.