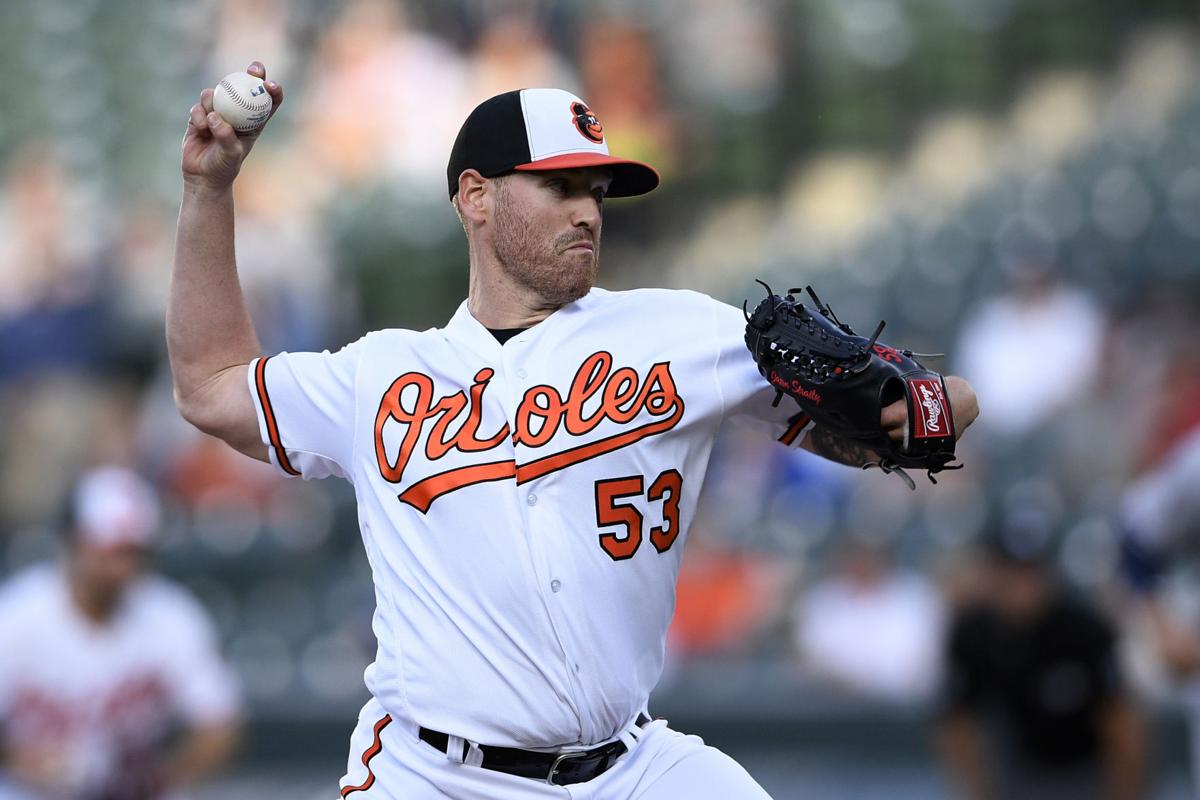 Dan Straily pitches for the Baltimore Orioles in 2019. The former Marshall University hurler is getting ready for the 2020 Korean league season as a member of the Lotte Giants in Busan, South Korea.

Dan Straily pitches for the Baltimore Orioles in 2019. The former Marshall University hurler is getting ready for the 2020 Korean league season as a member of the Lotte Giants in Busan, South Korea.

HUNTINGTON — Dan Straily went halfway around the world for a tune-up that might land him back in Major League Baseball.

The former Marshall University pitcher signed a one-year, $900,000 deal with the Lotte Giants of the Korean Baseball Organization last offseason and rejuvenated a career that had stalled. While in South Korea, Straily made adjustments to the way he gripped and threw his curveball and changeup. The result was a 15-4 record with a 2.50 earned run average and a league-best 205 strikeouts, with 51 walks, in 194.2 innings.

Straily, 31, averaged 7.6 strikeouts per nine innings in the big leagues from 2012 through 2019. While the KBO hardly is at the level of MLB, the increased whiff rate is impressive. Straily became just the second foreign pitcher and 10th in the 38-year history of the league to strike out more than 200 batters.

“I came to the KBO with a mission and that was to be the best,” Straily told the Yonhap News Agency. “There’s only one way I know how to change things and how to be the best, and that is to work hard.”

Hard and smart. The turnaround was astonishing. In 2019 with the Baltimore Orioles, Straily threw 47.2 innings, allowed 53 runs, gave up 73 hits and permitted 22 home runs, with 23 strikeouts and 22 walks. By July 31, the Orioles had seen enough and sold his contract to the Philadelphia Phillies, where he spent the rest of the season in the minor leagues.

The season was baffling for Straily, who posted a 44-40 record and 4.60 ERA before signing with Lotte. He went a stellar 14-8 with a 3.65 ERA in 2016 with Cincinnati and was so highly valued the Miami Marlins traded pitchers Luis Castillo and Austin Brice and outfielder Zeke White for him. Castillo has become of the premier pitchers in baseball and Brice has carved out a big-league career as a reliever. White was released in 2019.

“I thought he had a really good curveball, and he and I had similar fastball spins,” Straily said of Se-woong. “I figured it might play with my stuff. I worked on that all spring camp and brought it into the season and used it more and more as the season went on.”

As miserable as baseball was for Straily in 2019, it was equally joyful in 2020, despite playing in empty stadiums because of COVID-19 restrictions. Straily quickly became a fan favorite, with t-shirt with his image selling out rapidly.

Straily, drafted out of Marshall by Oakland in 2012, played for the A’s, the Chicago Cubs, Houston, Miami and Baltimore before embarking on his journey to South Korea.

He said he enjoyed the culture overseas, particularly at the ballpark where players are vocal and boisterous even for singles, unlike in the Majors where little other than home runs excited the dugout.

“It was about embracing the culture of having fun at the baseball field that the KBO is so great at,” Straily said. “The KBO is such a fun atmosphere to play in, that I just wanted to embrace it and be a part of it. I was just being myself.”

Foreign players may sing only one-year contracts in the KBO and Straily’s performance likely has some Major League teams interested in bringing him back to the United States. Straily said he’ll wait and see, but he plans to pitch somewhere. Wherever that is, he plans to have his family with him, which he didn’t for nine months because of the virus.

“I want to be with my wife when the decision starts coming up and my agent starts talking to the team about this,” Straily said.