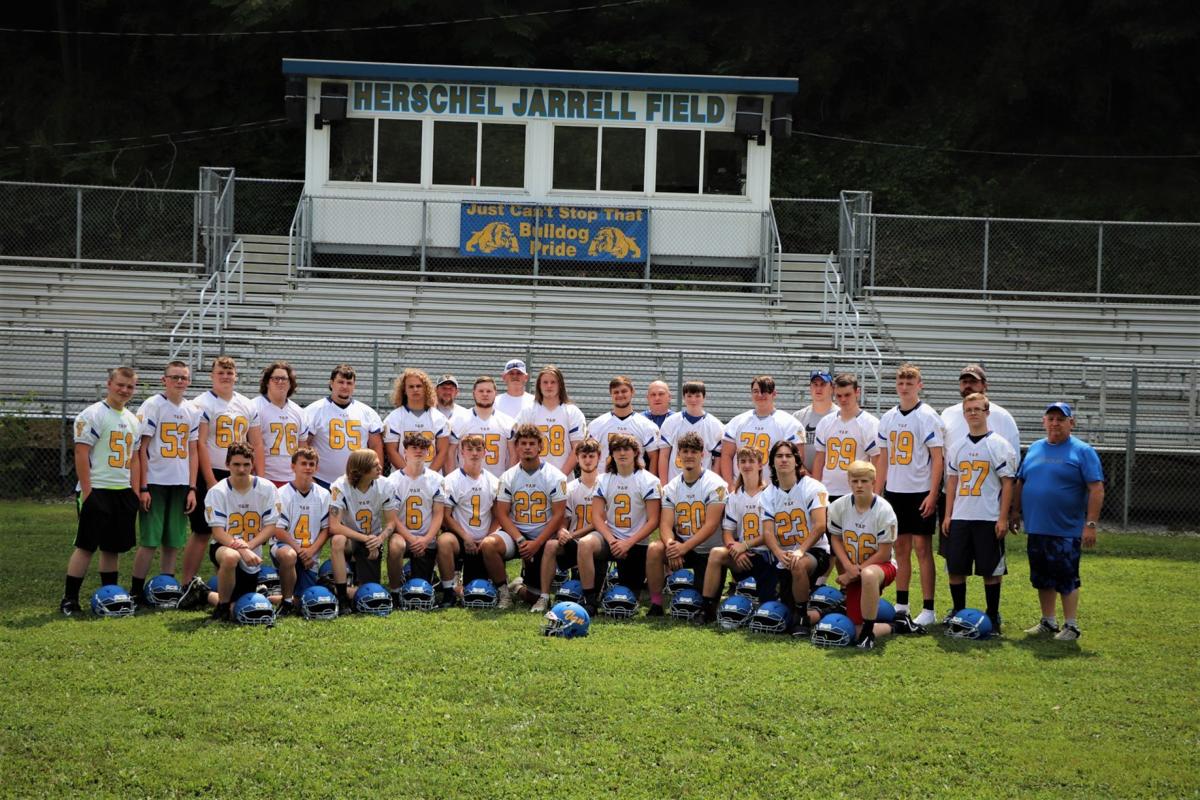 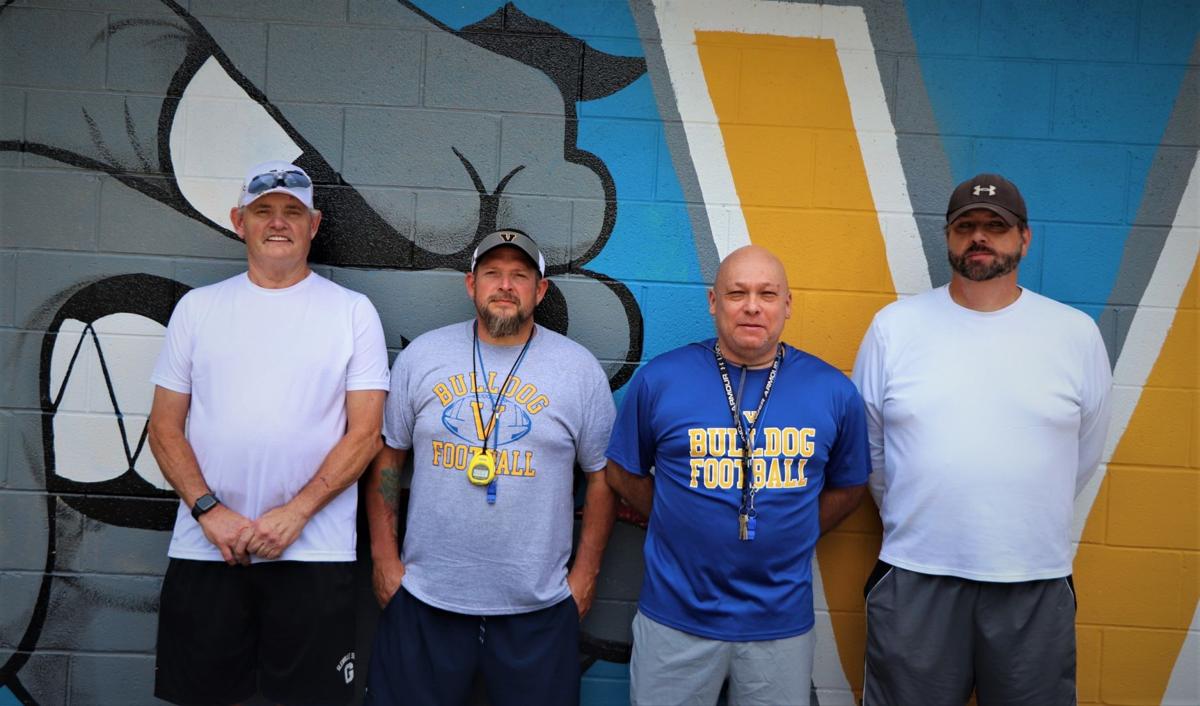 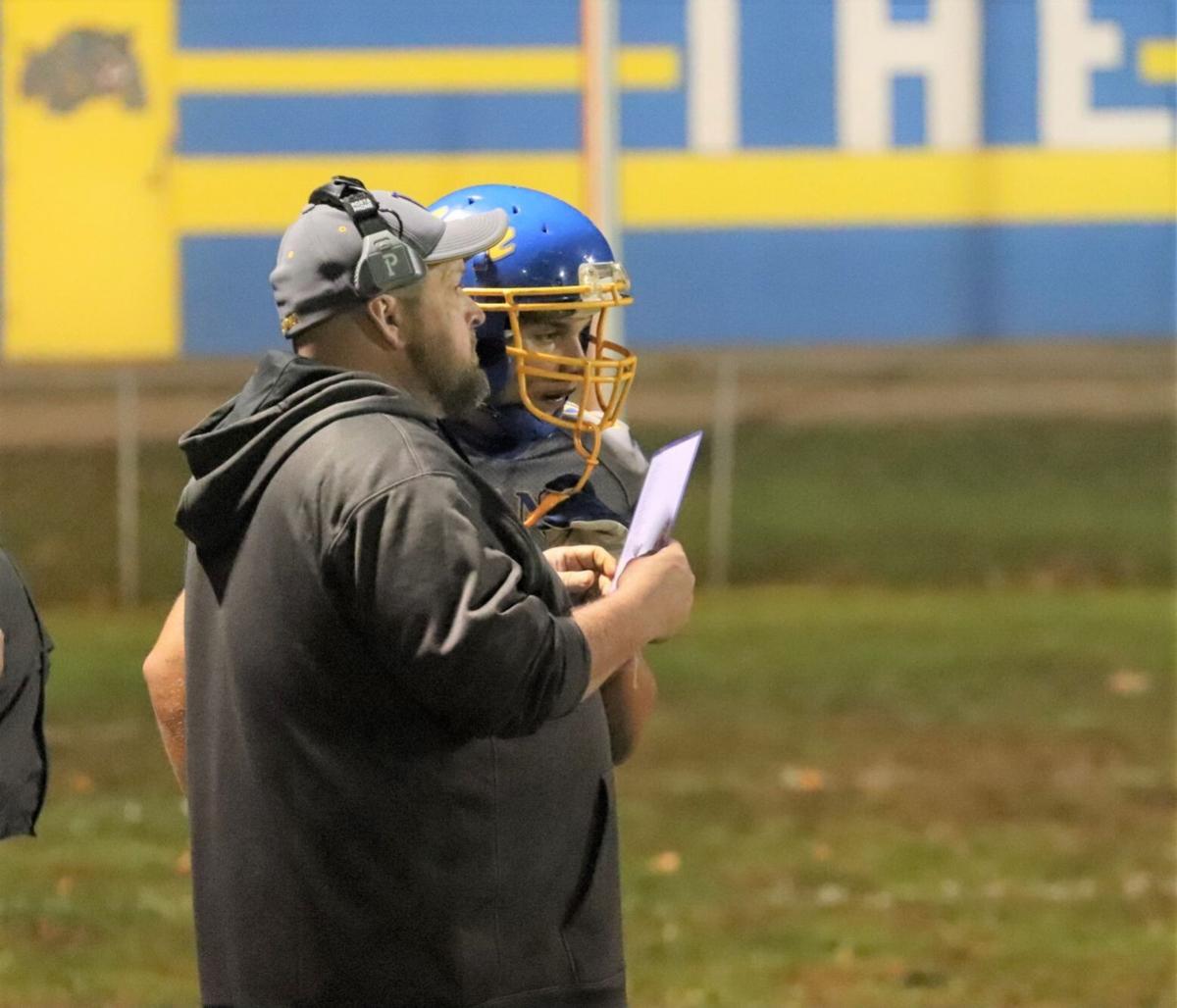 Coach Mark Agosti gives instructions to his Van Bulldogs during a game in 2020. 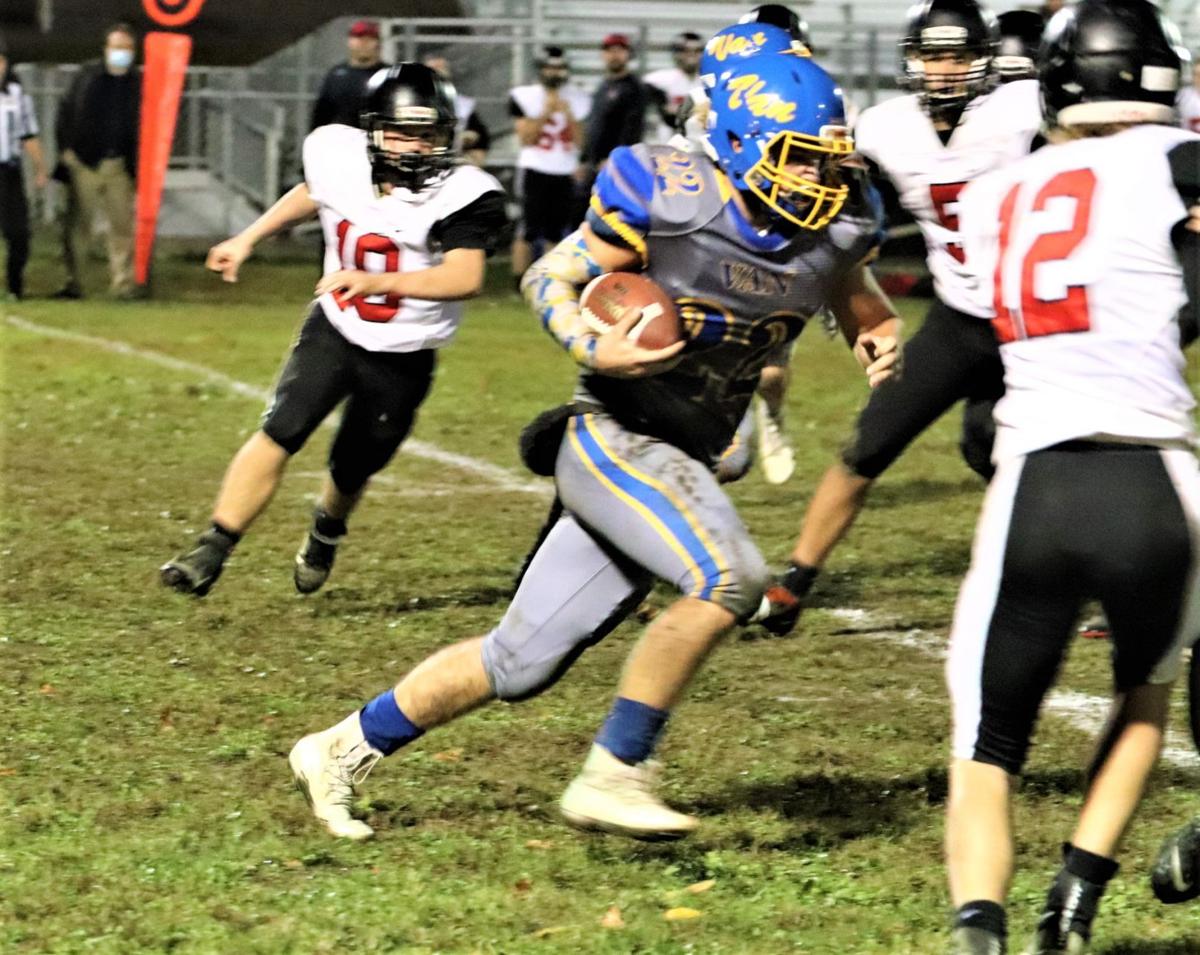 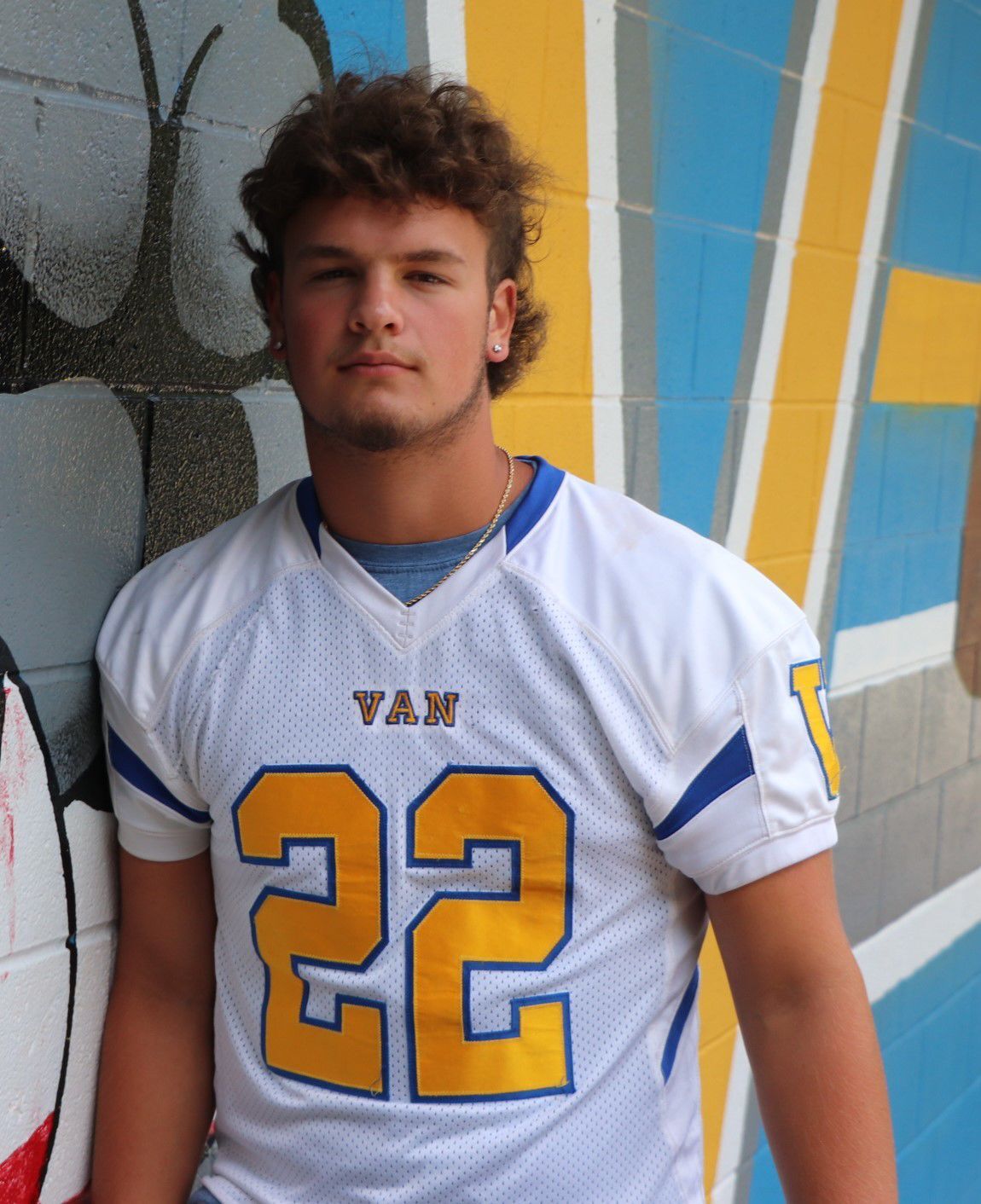 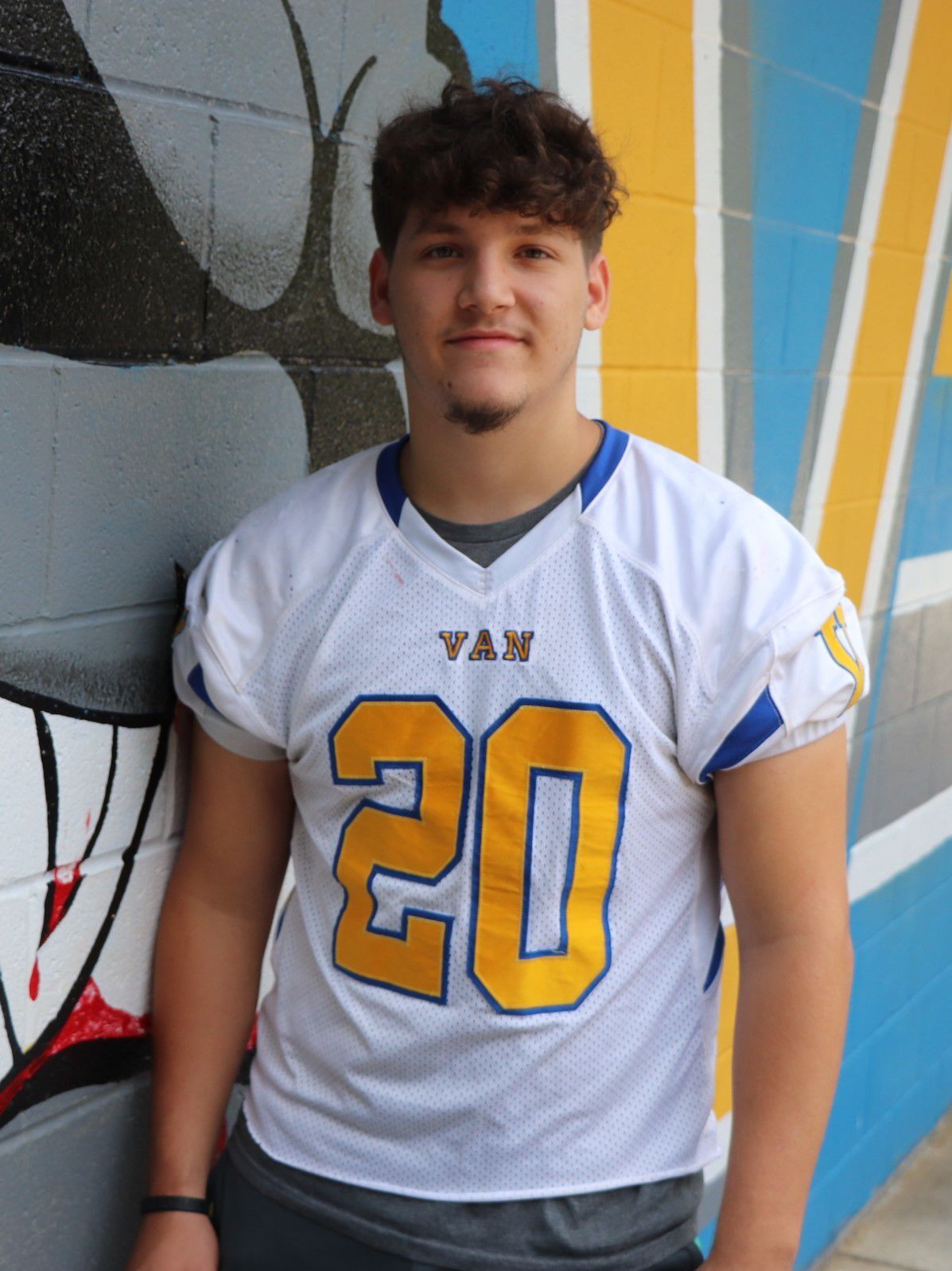 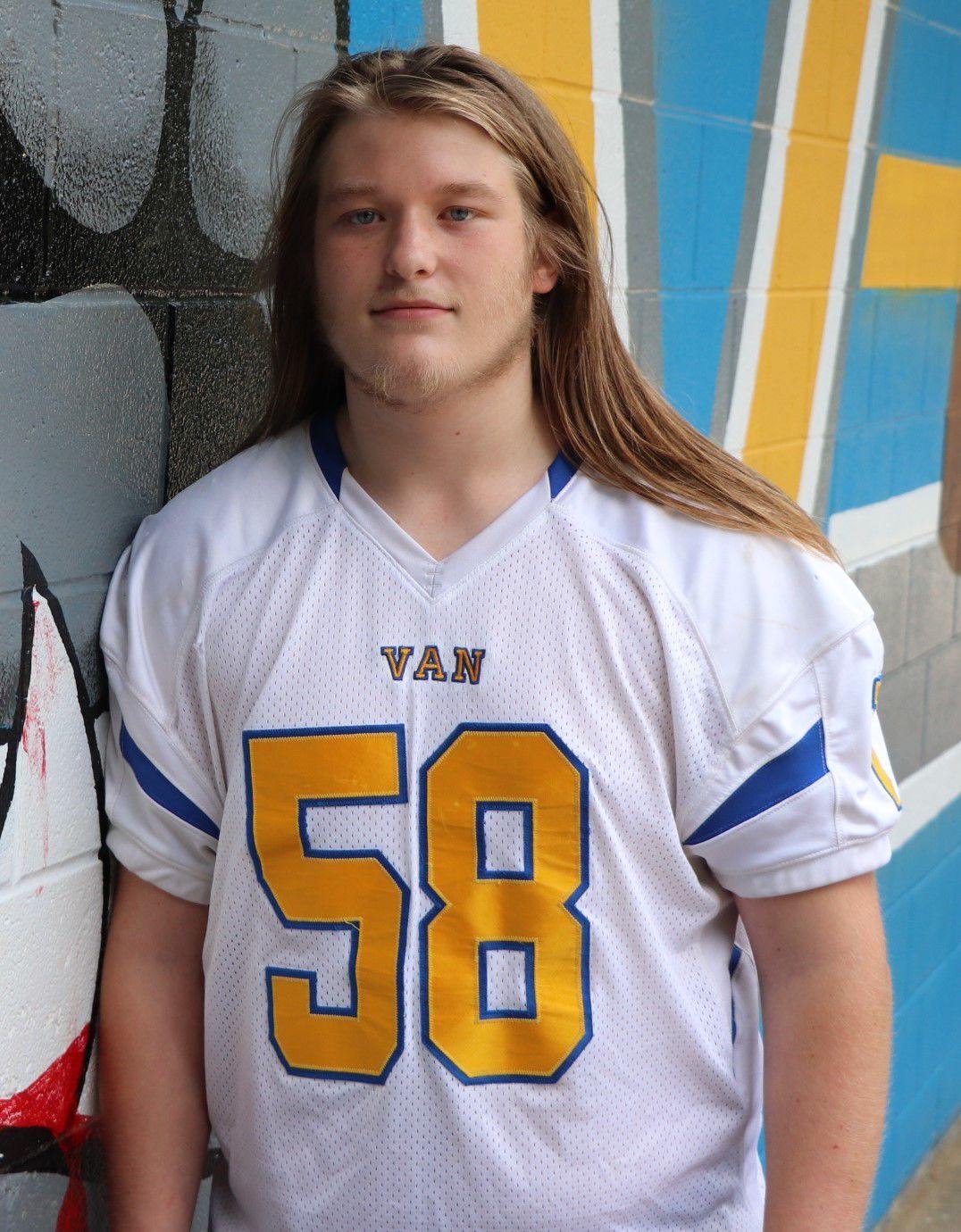 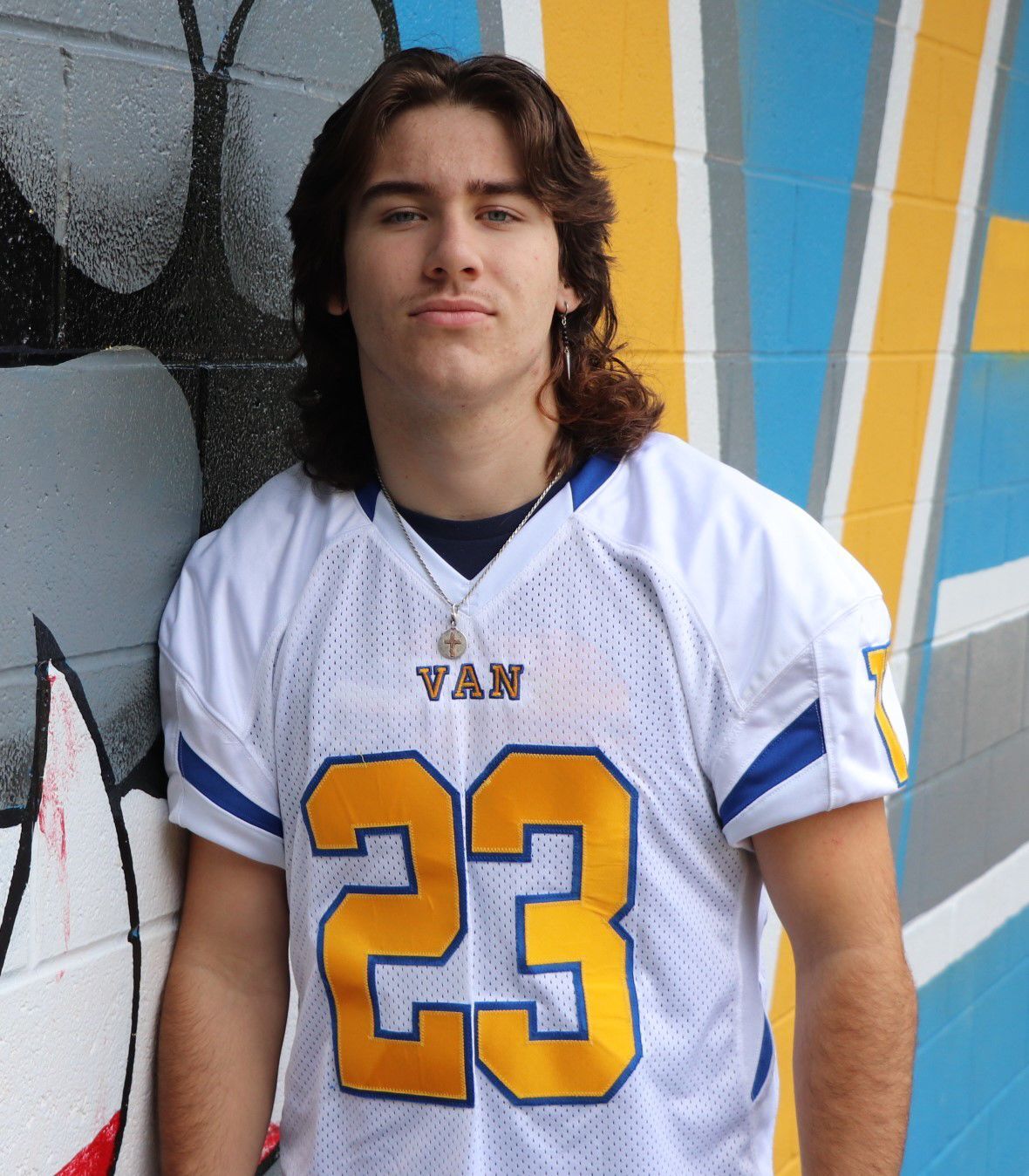 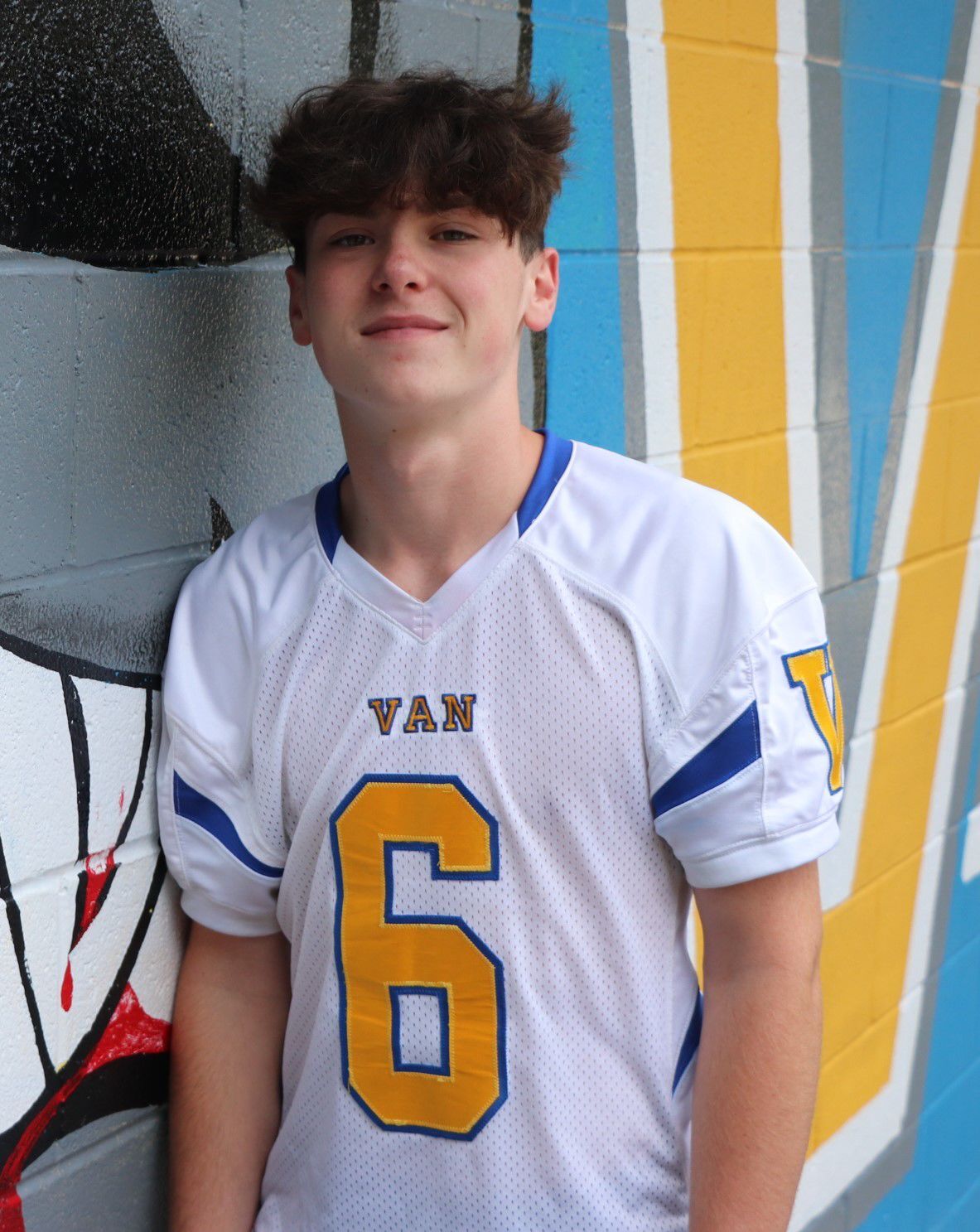 Coach Mark Agosti gives instructions to his Van Bulldogs during a game in 2020.

“We’re going to do what we’ve always done best and that is line up and run the football,” said Head Coach Mark Agosti.

The Bulldogs return a pair of hard-running juniors — including 1,000-yard rusher Brady Greene and teammate Byron Stewart as Van plans to stick to their strengths. The Bulldogs averaged 309 yards rushing per game as a team in 2020 and hope to continue that model.

Green achieved the feat in just six games for a team that went (3-5) one year ago.

Athletic junior quarterback Shaun Booth returns this season but will replace his graduated brother Kalen Booth as the team’s signal caller. He was a wide receiver last season.

“He’s transitioned really, really well and we knew he would,” Agosti added. “He’s a natural leader and he understands what we are trying to accomplish. He’s throwing the ball well and we’ll add a few wrinkles in the offense to highlight what he can do with the ball as well. His football IQ is high and his work ethic is second to nobody on this team.”

The coached added that he has depth in the backfield.

“We’ve got six kids that I have no problem giving the ball to.”

Agosti said that his squad has matured since a COVID-19-shorted 2020 campaign that saw his team get in just nine games.

“They’ve surprised me if I’m being honest,” he said. “I am pleased with how much progress we’ve made physically and our maturity overall. We’ve grown a few inches, put on 15 pounds of healthy weight. We were baby faced a year ago and we came back as young men.”

Van did produce a youthful roster a year ago as the averaged seven sophomore starters per game on both sides of the ball.

Going into August, Van looked to have about 27 on the roster — a solid number for a small Class A high school.

Agosti said that the team can be as good as the offensive line, which will be experienced, talented and won’t lack in size.

“We are going to be big up front and they move pretty well,” he added. “We’ve got everybody back up-front except one.”

Senior Jason Berry will play a consistent role in the offense for the Bulldogs.

“He’ll be running some wing for us this year and he looks real good,” Agosti added. “He’s worked his butt off this off-season and he’s a great kid.”

Stewart will also star at outside linebacker — his most natural position, according to his coach.

“We’ll run the ball a lot so it is good to have guys who can rest each other in the backfield,” he said.

Junior tackles Dakota Pauley and 309-pouund Weston Gunnoe were two-way starter a year ago and will play the same roles this year to anchor the offensive line along with standout returner Isaiah Perdue.

“We haven’t changed our philosophy but we’ve got to keep people honest so they don’t pack the box on us (play close to the line of scrimmage to defend the run),” Agosti added. “We’re going to throw a wrinkle or two in there with a “doubles” look.”

Scott High transfers Ridge Flores RB/LB and Guner Flores QB/RB/LB will contribute on both sides of the ball.

Ridge Flores served as a starter for the Skyhawks in the Class AA Cardinal Conference and will bring game experience with him. Guner Flores is a freshman but starred at the middle school level.

The younger Flores has impressed with his strong arm.

Agosti said that he’ll run a few plays a game just for his young quarterback just to give him some varsity reps at the position and slide Booth back to the slot position where he has proved effective before.

Coach Agosti said there is one primary difference between the 2020 Bulldog squad and the 2021 team.

“Experience,” he said. “We were so green last year and we’re battle tested now. Those kids had little to zero varsity experience. We understand the importance of getting in the weight room. We worked around baseball season so we could allow every kid the opportunity to get in there and they took advantage of it. We had kids who would come in and lift and play a travel basketball game and that showed me a lot about our kids and their dedication.”

He added, “We’ve got some depth finally. In past years, if we have a kid go down we are shifting everyone around and trying to fill the hole. We don’t have to do that now. We have the numbers that will allow a guy to step in and step up for the team.”

In reference to young players to look out for, Agaosti mentioned Jacob Reed. The sophomore lineman has impressed during summer workouts.

“He came out last year and hadn’t played football ever before and by mid-season he was starting and he’s lived in that weight room,” the coach said. “He’s gone from 150 pounds to 190 and he’s a load to handle. He’s the fastest lineman we have.”

Coach Agosti summed up his squad.

“We’ll compete and that is what you’re looking for is to have a chance to win every week,” he said. “We’ve put in the work in the off-season and now its time to do it on the field. We’re ready to get started.”

Van kicks off their regular season on Aug. 27 at Meadow Bridge and won’t play at home until Oct. 24 when they host River View at Herschel Jarrell Field.

Showdown for the Shovel

The ”Showdown for the Shovel” game with cross-county rival Sherman will be played at Van on Oct. 15. Sherman leads the all-time series (43-17). The schools began the series in 1931 with Sherman prevailing, 60-0. After several years without playing the Tide, Van pulled out a 13-2 win in 1954 for then-Bulldog Coach Randall Cooper at Herschel Jarrell Field.