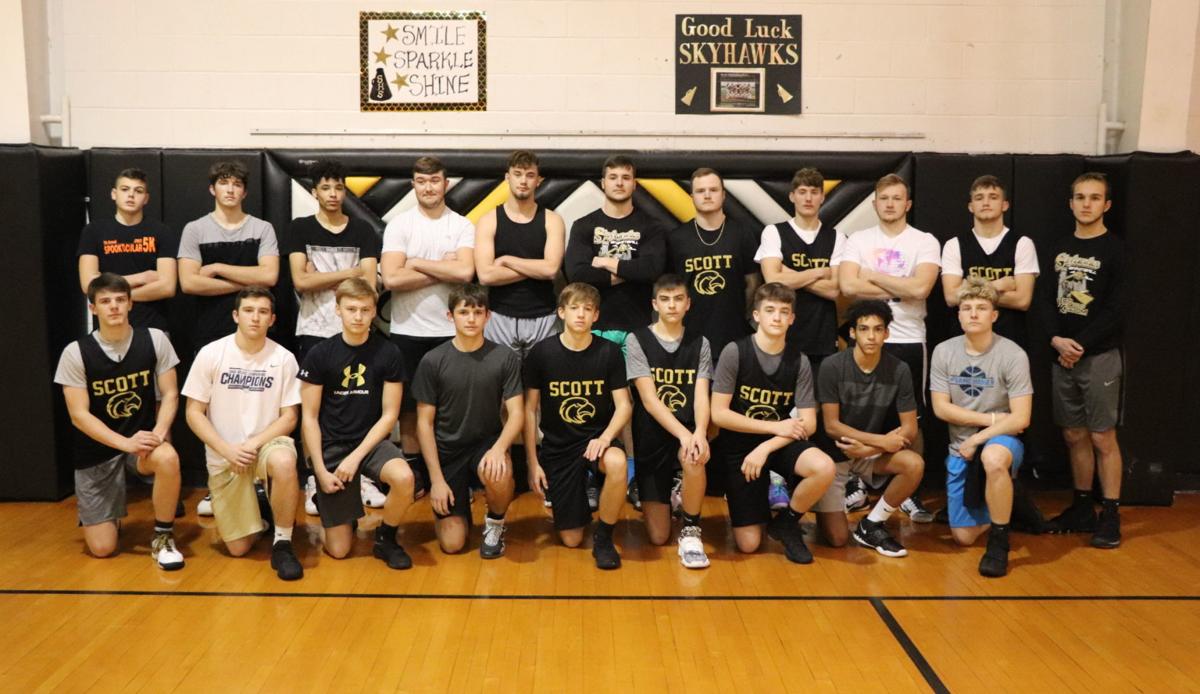 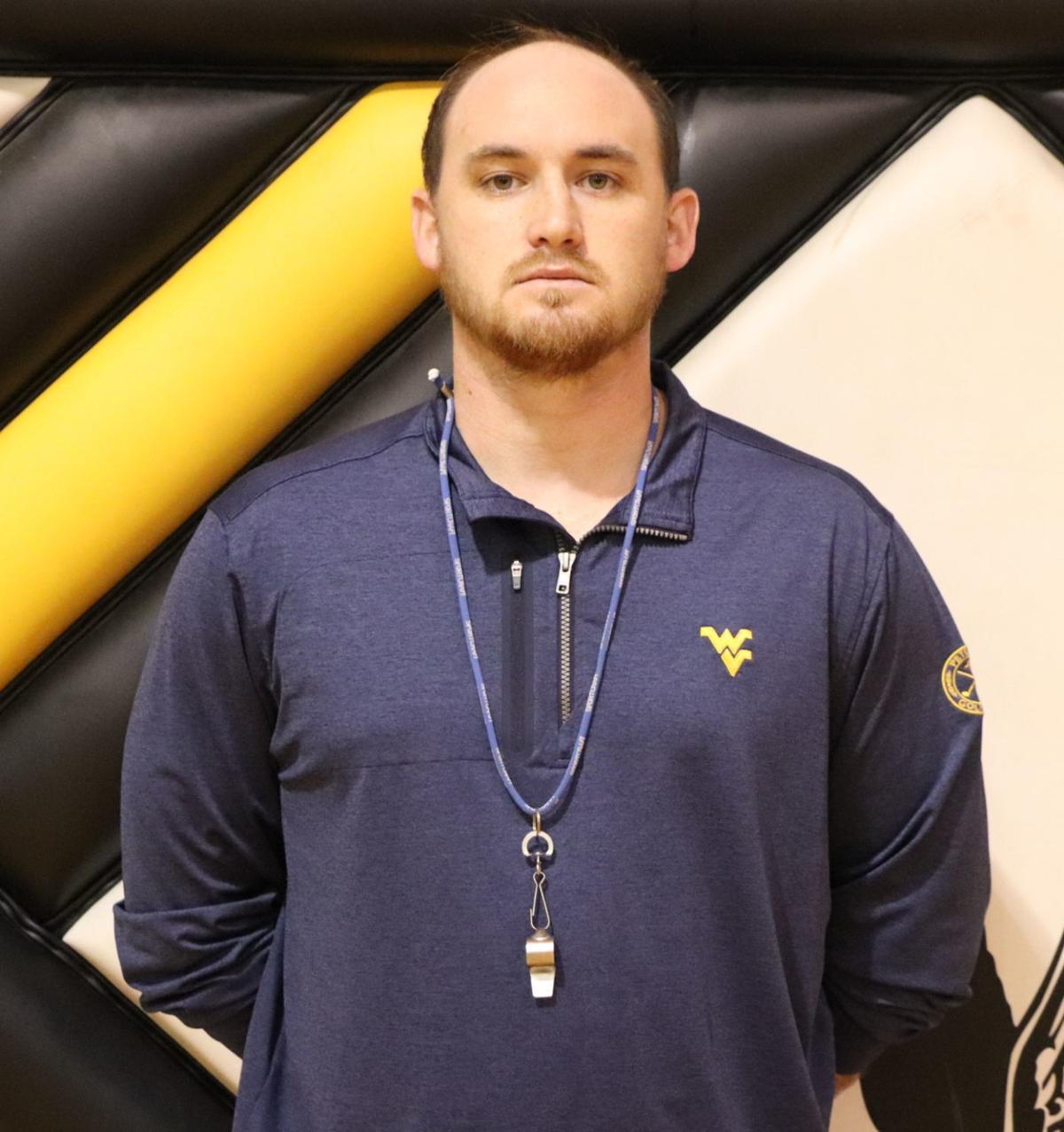 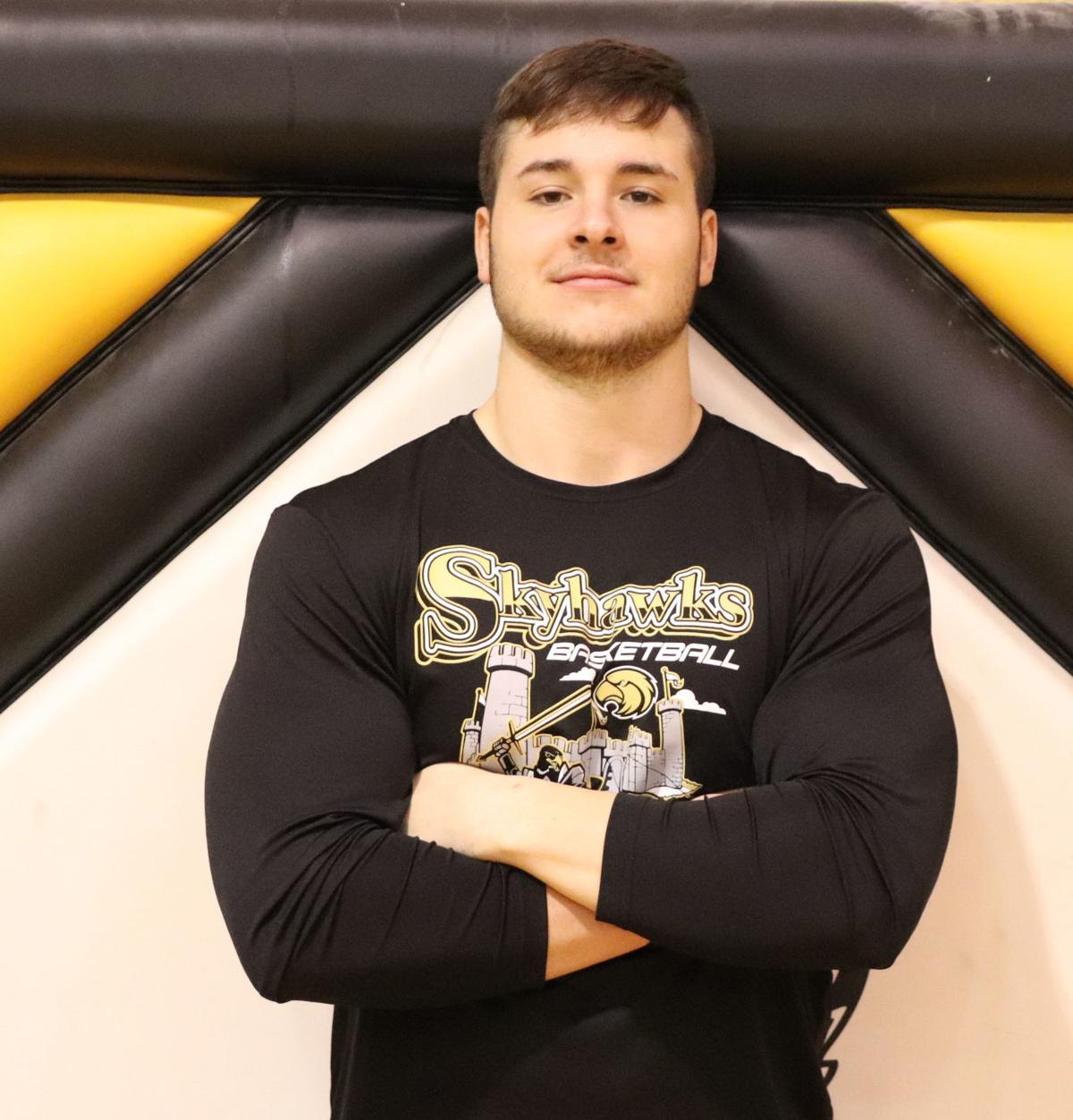 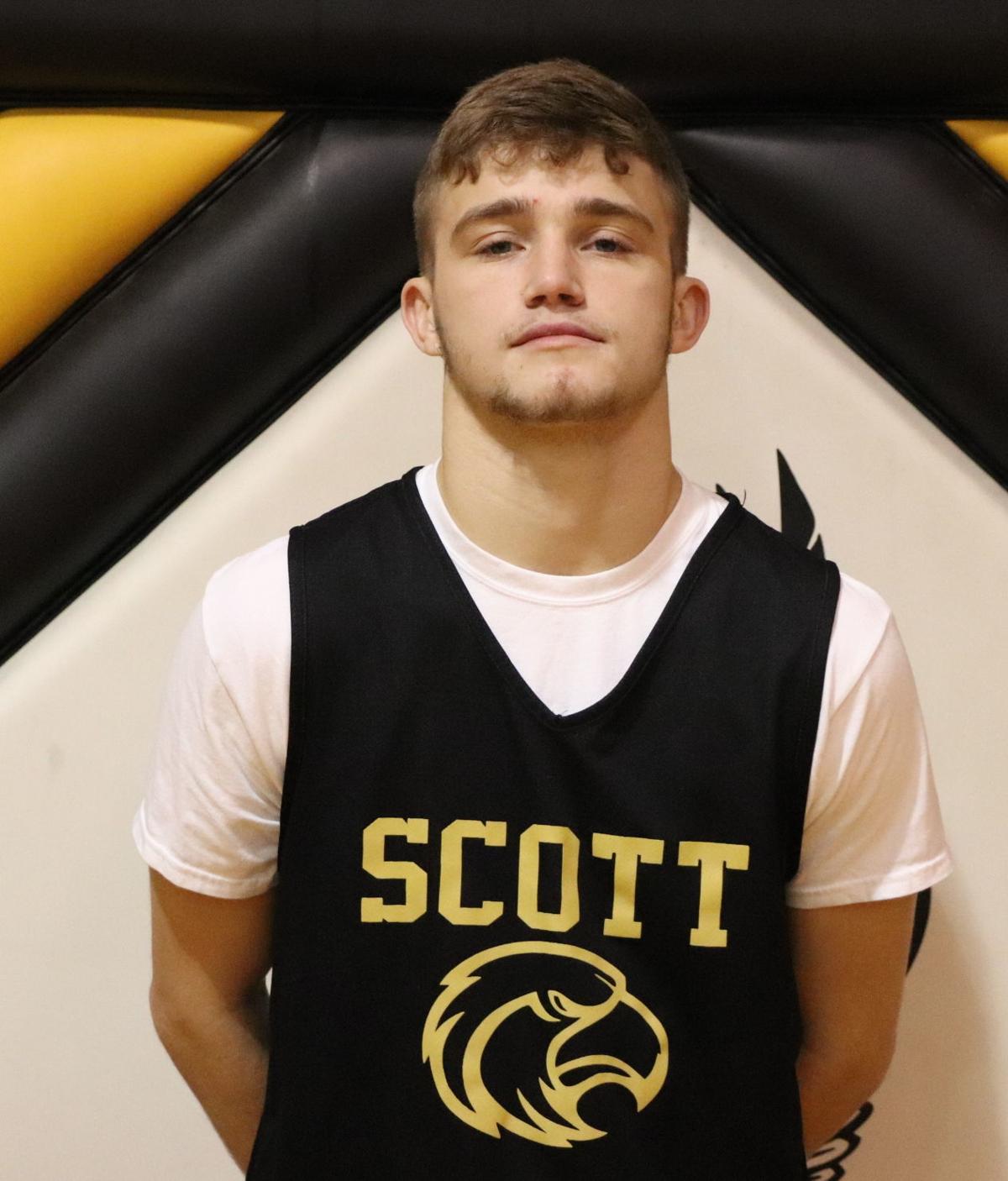 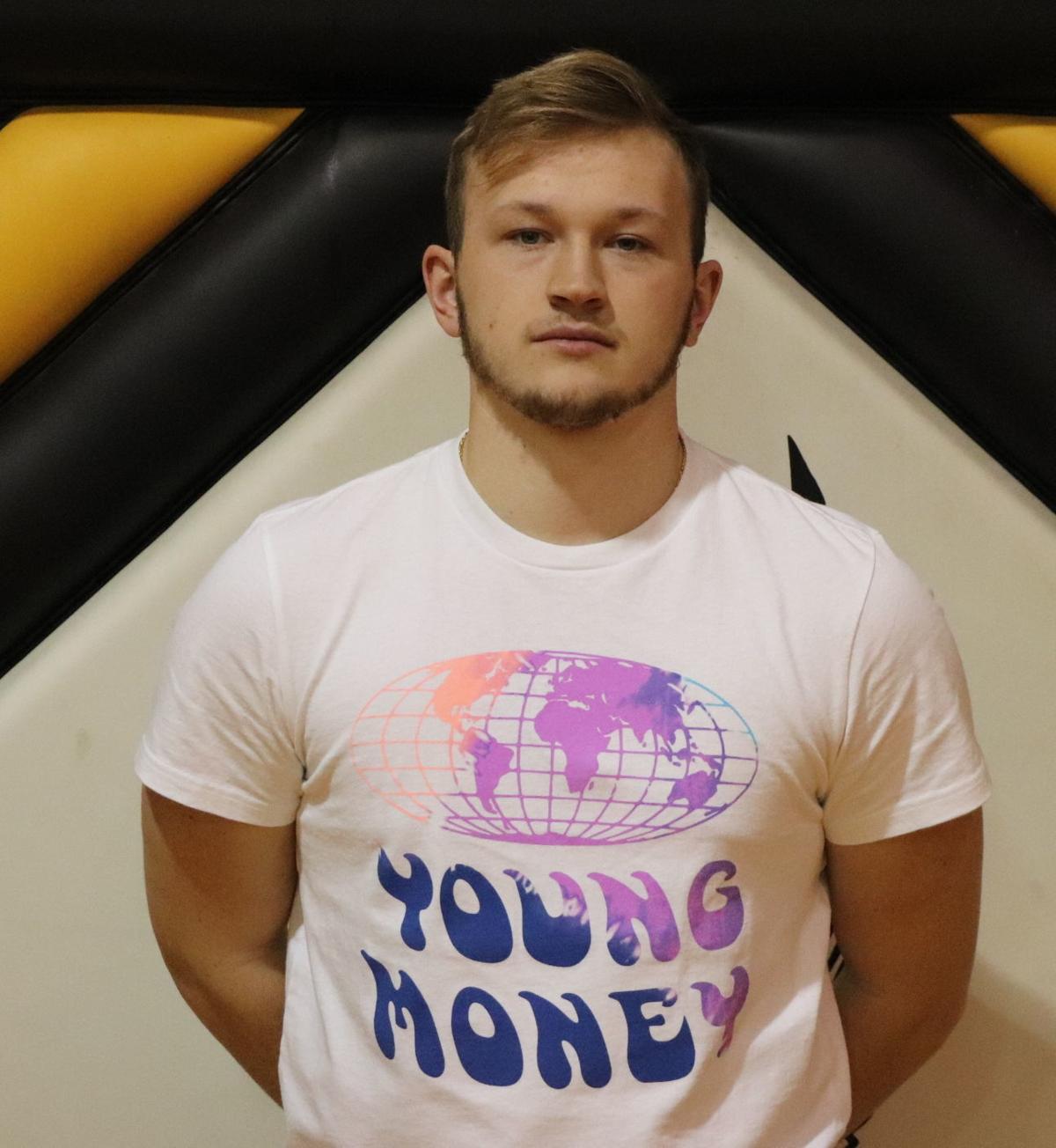 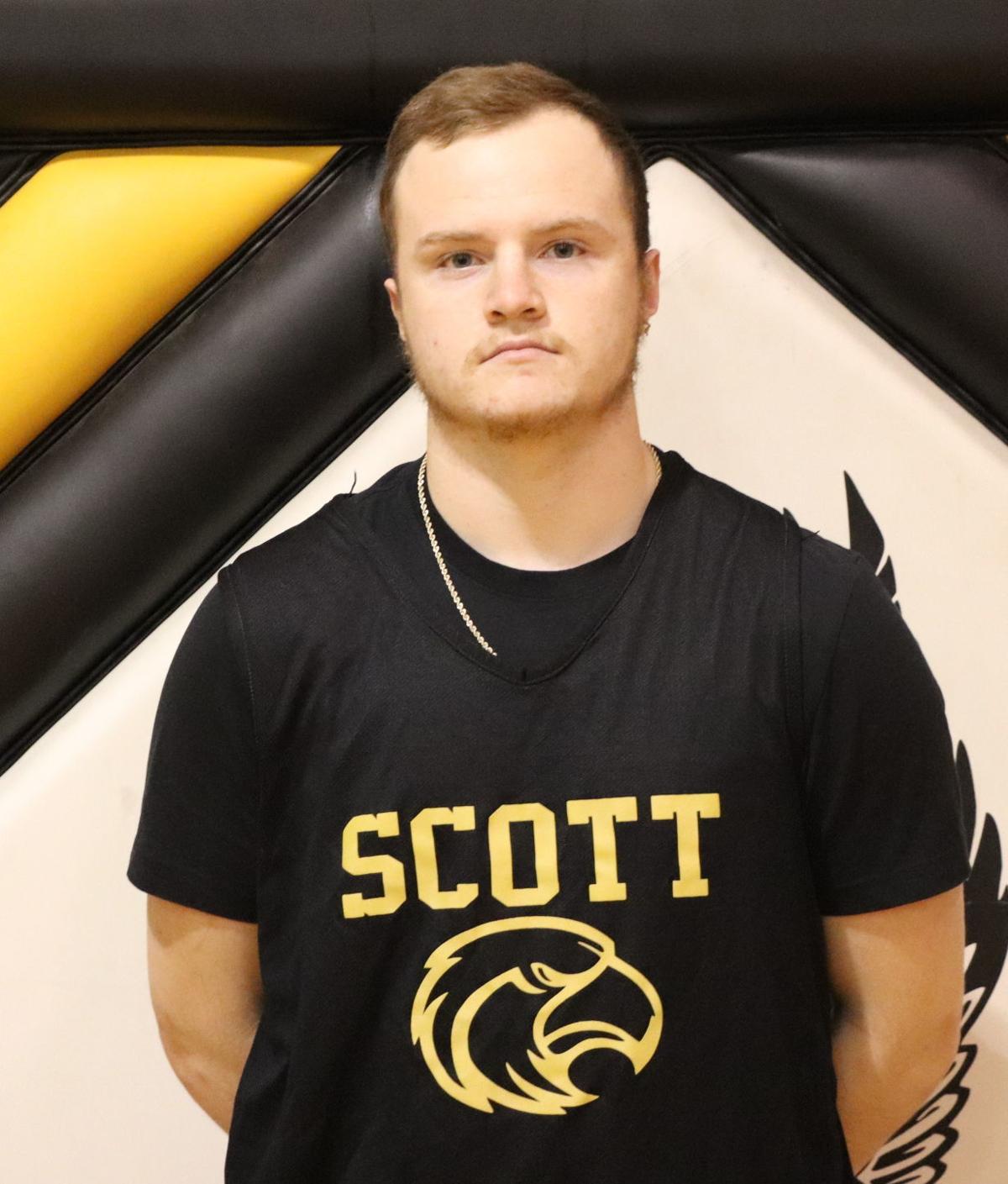 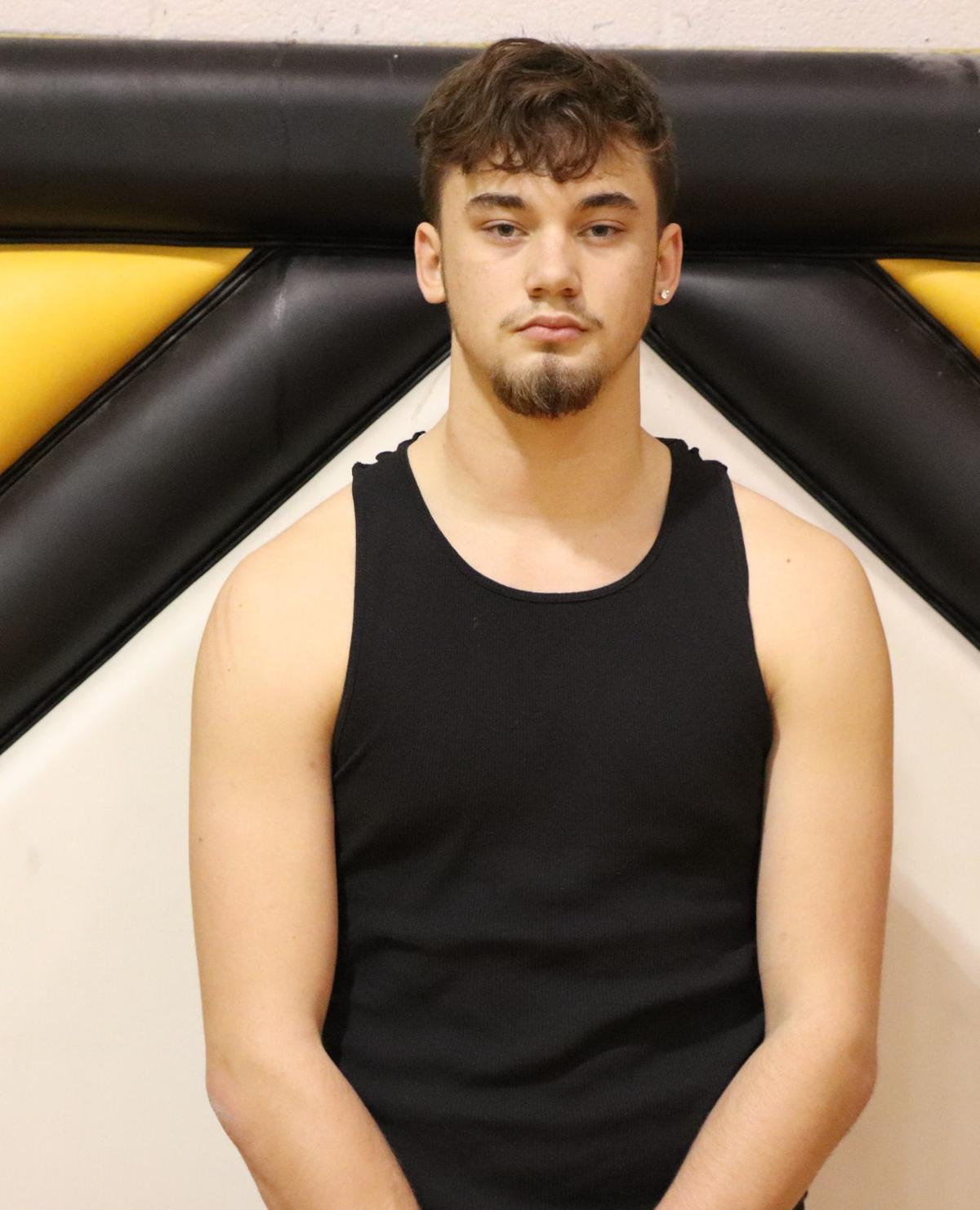 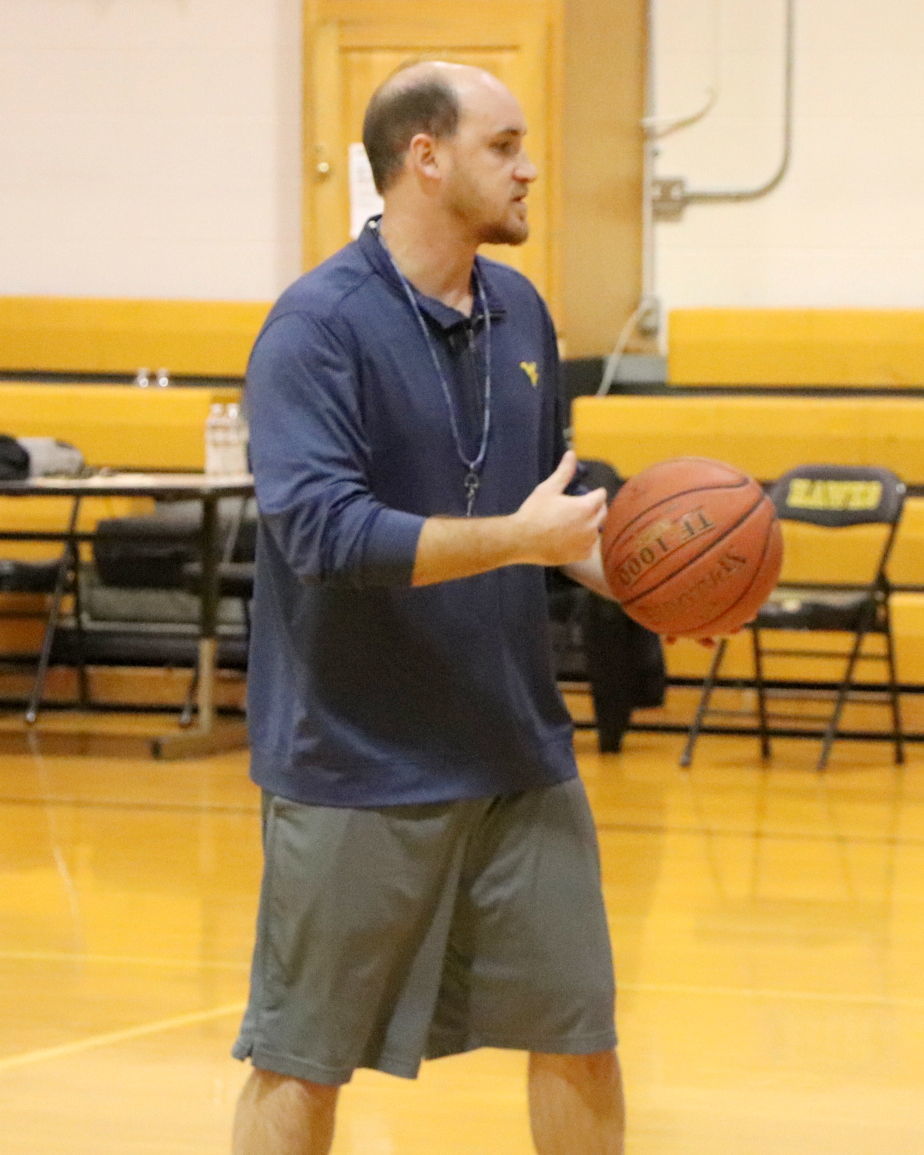 “I like that people expect us to compete,” he said. “That mindset is part of what our program should be about.”

Ballard, who served on the squad as an assistant last season under departed head coach Steve McComas was part of the Cardinal Conference squad that notched 15 wins in 2018-19 but fell to Logan in the Class AA Region 4 Section 2 sectional semifinals by eight points.

The Skyhawks doubled their win total from the previous season (7), showing what fans hope is a continued upward trajectory.

“We have a lot of key components back this year so we have returning players with a lot of experience and that starts with Jon Jon (Hamilton) and Jagger (Bell),” Ballard said. “We return our starting point guard in Gavin Cooper and Caleb Dingess played the five position for us a lot last season. He is very physical and we like that about him.”

The Skyhawks lost post-man Hunter Adkins to graduation last year but welcome the addition of a senior transfer in the 6-foot-4 Nate White.

“He’s a big body and a real strong kid with some skills that can really contribute to our team this season,” Ballard added. “He has played senior league the last few years and hasn’t been in school ball. He will make an impact immediately for us.”

Also gone to graduation are senior guards Cole Moore and Nathan Kuhn and soaking up some of those minutes are talented sophomores like Landon Stone and Braxton Dolin.

Ballard employed a weightlifting and plyometric routine for the team and he brought in a device called a VertiMax for his players to use in their workouts.

“We’ve seen results with it,” Ballard said. “Some guys have improved their vertical three inches since using it.”

Hamilton averaged 19.5 ppg, four assists, four rebounds and two steals per game, while leading the county in 3-point shots made with 62. He made 81 percent of his free throw attempts.

Both players earned Cardinal Conference and All-State recognition while sharing the Coal Valley News’ Co-Player of the Year honors for the All-Boone County Basketball Team.

Not resting on their accomplishments as juniors, both players worked to improve their skills in the off-season and they feel that they have unfinished business to attend to as seniors.

“I’ve really mostly worked on getting stronger and shooting off the dribble,” Hamilton said. “I want to be able to create my own shot when the team needs me to do that.”

Hamilton said that his defense will improve this season.

“Straight up, I want to be a better defender,” he said. “I don’t want anyone to blow by me and I want them to work for it and know they have to work for it.”

Both Hamilton and Bell said that familiarity with Coach Ballard made the transition of coaches an easier one. Both coaches stress defense and efficiency in their offensive sets while Ballard has already put his stamp on the program through a more aggressive offensive philosophy.

“My biggest problem is getting back into basketball shape and I feel pretty good right now,” Bell said. “I’ve been busting my tail and hitting the weights,” he added. “My defense was a focus and we have a lot to improve on in that way and we are getting there.”

Nate White’s addition to the team in the paint is a welcomed one for the 6-foot-3 220 pound Bell, who played at 205 pounds last season.

“He’s very good and helping us a lot and we have good chemistry already in the way that Hunter and I did last season,” he said. “Losing to Logan to end our season last year has stuck with me. I want this year to be a whole different story. That is what we’re working so hard for.”

Hamilton said that watching how the community supported the Skyhawk baseball team in the state tournament was an amazing thing to behold.

“That is what this community is all about,” he said. They rally around each other and support things like that. They support people when there is a need, too. If we can make a run this year, they will be there for us. We want that.”