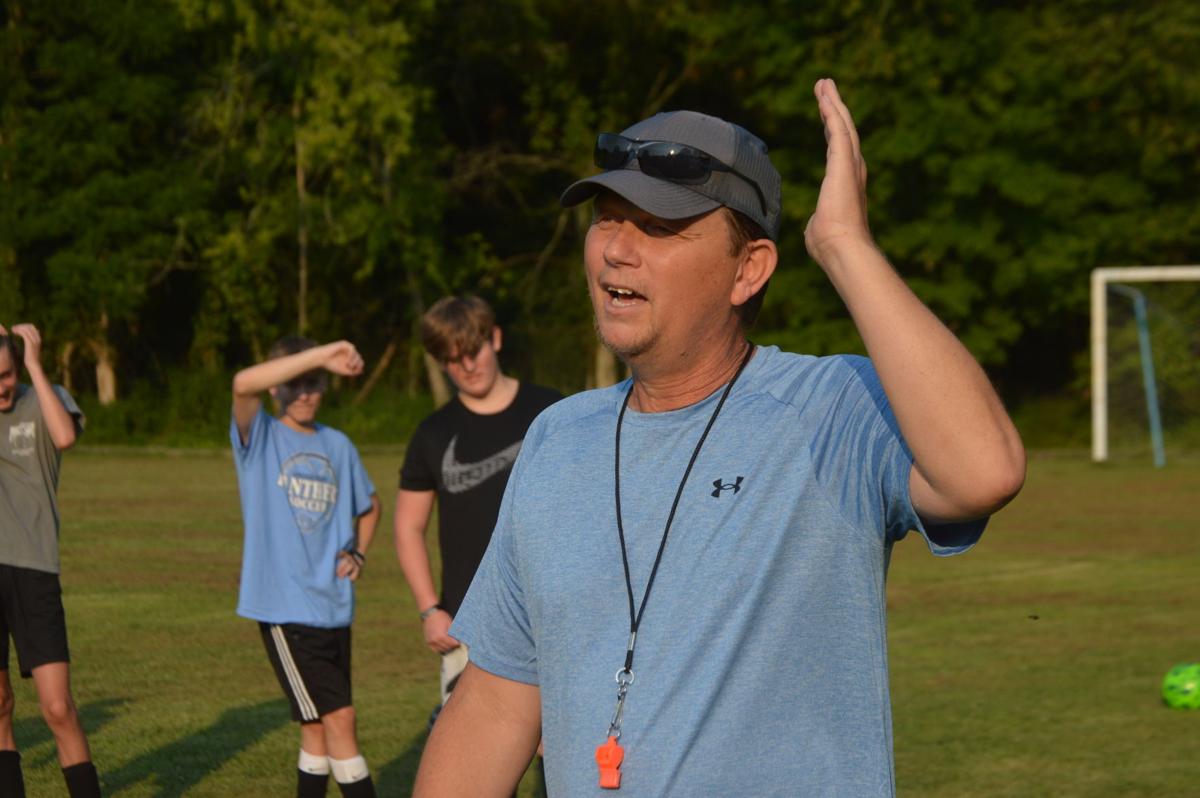 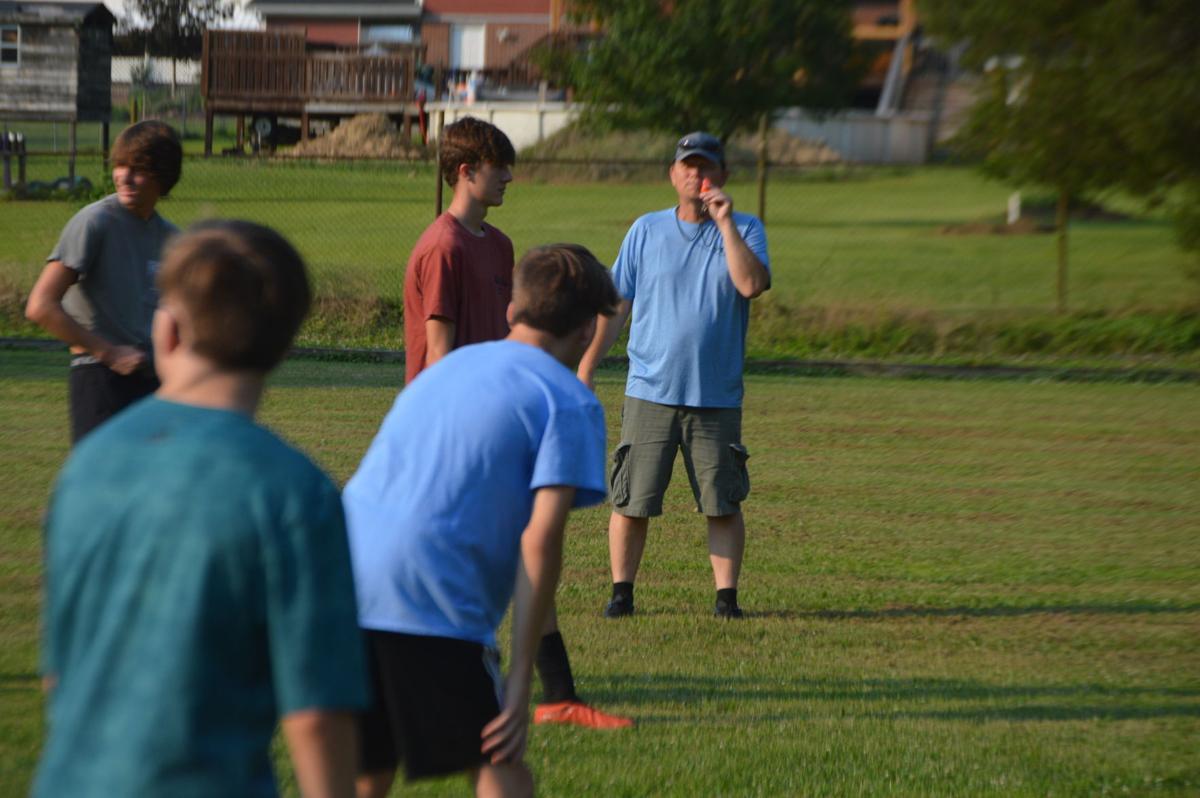 Lincoln County boys soccer coach Duane Estep puts his team through conditioning during a practice on July 22 in Hamlin, W.Va.

Lincoln County boys soccer coach Duane Estep puts his team through conditioning during a practice on July 22 in Hamlin, W.Va.

HAMLIN — Duane Estep has held the title of head coach for several different teams over the course of his 30-plus year coaching career.

The longtime mentor can now add another new head coaching job to his resume, as he was recently named the new boys soccer coach at Lincoln County High School.

Estep replaces previous head coach Bill Carpenter, who guided the Panthers to a 4-2-3 record in the 2020 season but resigned from the position before the 2021 season.

Estep started up the successful soccer program at Guyan Valley Middle School in 2015 and remained the head coach through 2018 until he was diagnosed with stage-four cancer. He guided that program to several county championships and an undefeated 14-0 season in 2016.

Estep said he decided to apply for the job at Lincoln County because he knew he would be familiar with a lot of the kids having coached them when they were in middle school.

“I felt like I knew a lot of these kids and their parents, and I decided that I wanted to be around this bunch of kids and these parents. You don’t hear many coaches say they want to be around their parents or talk about the parents often, but we have super parents in this soccer program,” Estep said. “I wanted to do it for these kids. I’m beyond doing anything for me, I want to do it for them. I want to instill in them that they can do anything they put their mind to.”

Estep has guided several different programs in multiple sports throughout his long career.

In 2011, he was the head coach of the Lincoln County softball team and guided them to the Class AAA State Championship with a victory over John Marshall.

This is Estep’s first head coaching job since having to step away from the sidelines following his cancer diagnosis in 2017, and he said he is blessed to be back doing what he loves.

The Panthers had 12 players turn out for the first week of conditioning during the three-week period — a number Estep was pleased with, considering the practices are not mandatory and are held in the middle of vacation season. Estep said they also share players with other sports.

LCHS will continue working throughout the rest of the three-week period before officially kicking off the 2021 regular season with the first practice being on Monday, Aug. 2.

Jarrid McCormick is a reporter for the Williamson Daily News. He can be reached by