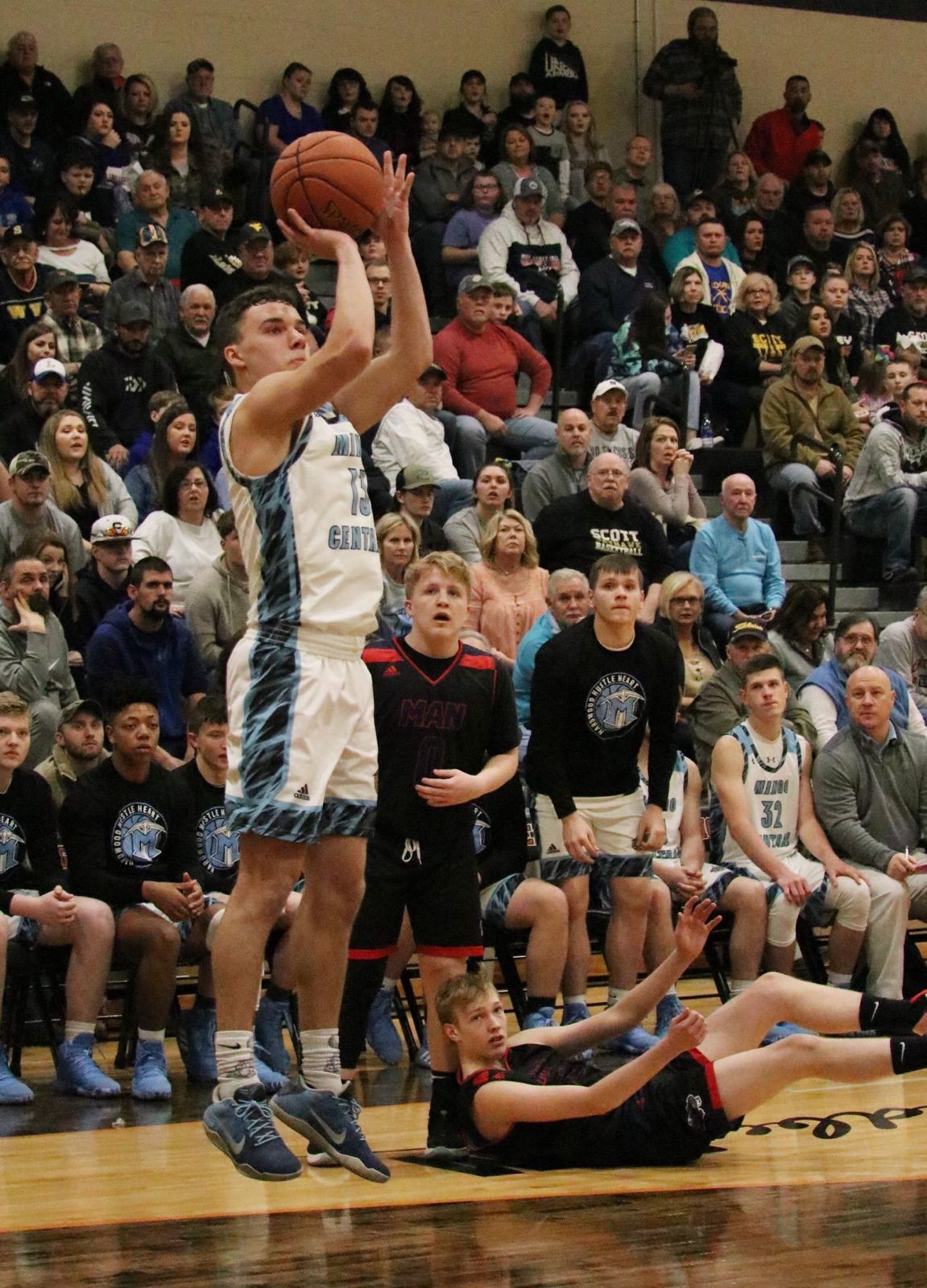 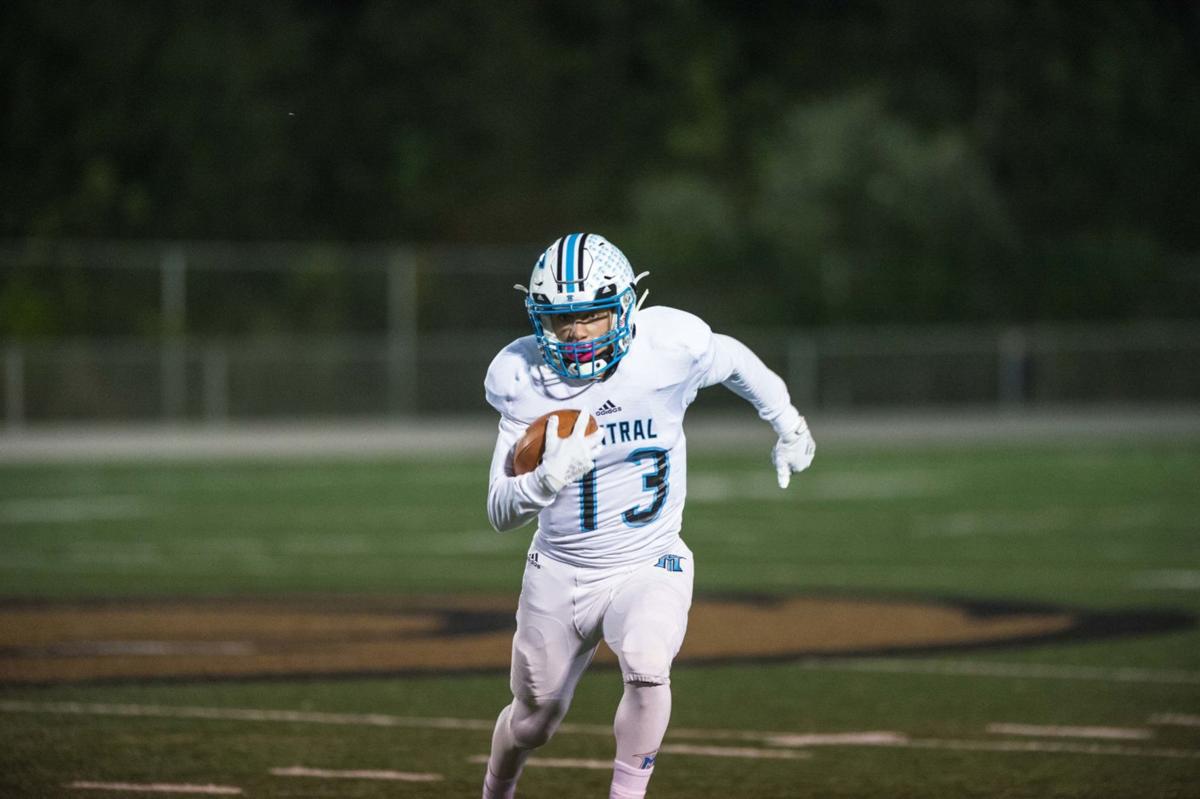 LEFT: Mingo Central senior receiver Drew Hatfield runs with the ball in a game against the Scott Skyhawks during the 2019 season. FAR LEFT: Hatfield shoots a 3-point shot in the Miners’ sectional contest against Man back in February.

LEFT: Mingo Central senior receiver Drew Hatfield runs with the ball in a game against the Scott Skyhawks during the 2019 season. FAR LEFT: Hatfield shoots a 3-point shot in the Miners’ sectional contest against Man back in February.

NEWTOWN — Even though Drew Hatfield’s prep career has came to an end for the Mingo Central Miners, he continues to pile up accolades for his performance throughout his prolific career, and in particular during his senior season.

Most recently, Hatfield accepted an invite to play in the North South Basketball Classic, which is a postseason all-star game played every year featuring the top seniors from around the Mountain State.

The Delbarton native will now be playing for the South in two of the North South all-star games as he already accepted an invite to the football classic back in March.

During his senior season on the hardwood Hatfield finished fifth in the Cardinal Conference in scoring as he averaged 21.2 points per game and five plus assists for the Miners. He finished his career with 1,845 total points and is the leading scorer in the history of MCHS scoring 1,140 points in his career for the Miners.

Hatfield was named to the All-State team all four years of his high school career in both basketball and football and won the Randy Moss Award as the state’s top wide receiver in 2019.

Both of the games are typically played in June, but whether or not they will actually be played is still up in the air due to the COVID-19 pandemic.

Hatfield will be keeping his talents in state this Fall as he will be heading to Glenville State to play wide-receiver.