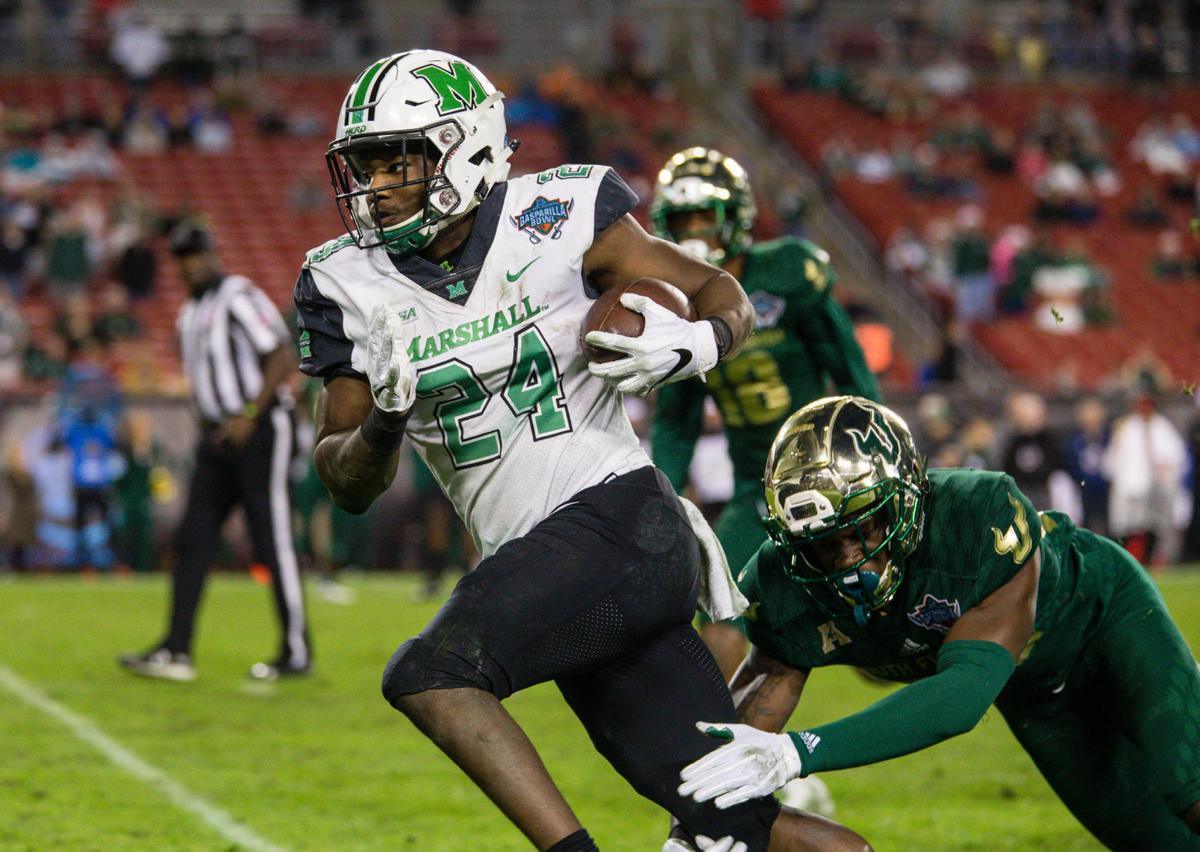 Marshall running back Keion Davis (24) rushes forward for a touchdown against South Florida in the Bad Boy Mowers Gasparilla Bowl on Dec. 20, 2018, at Raymond James Stadium in Tampa, Fla. 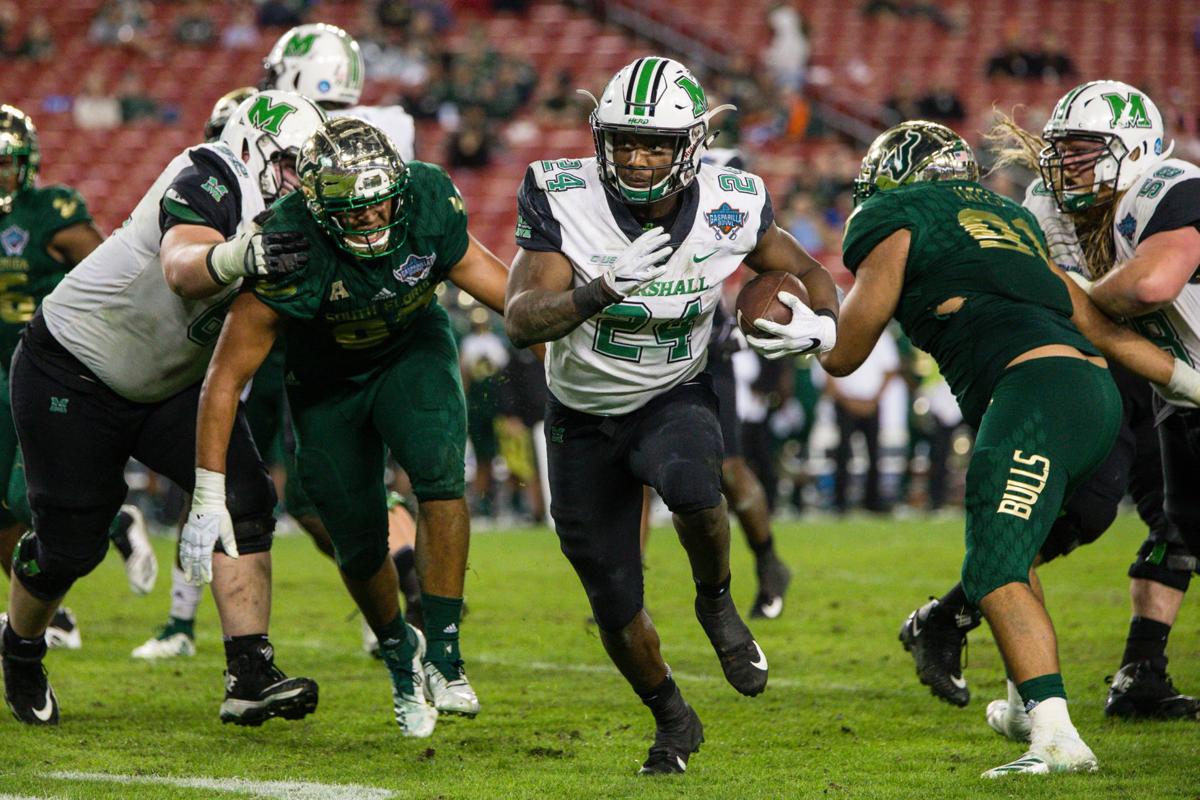 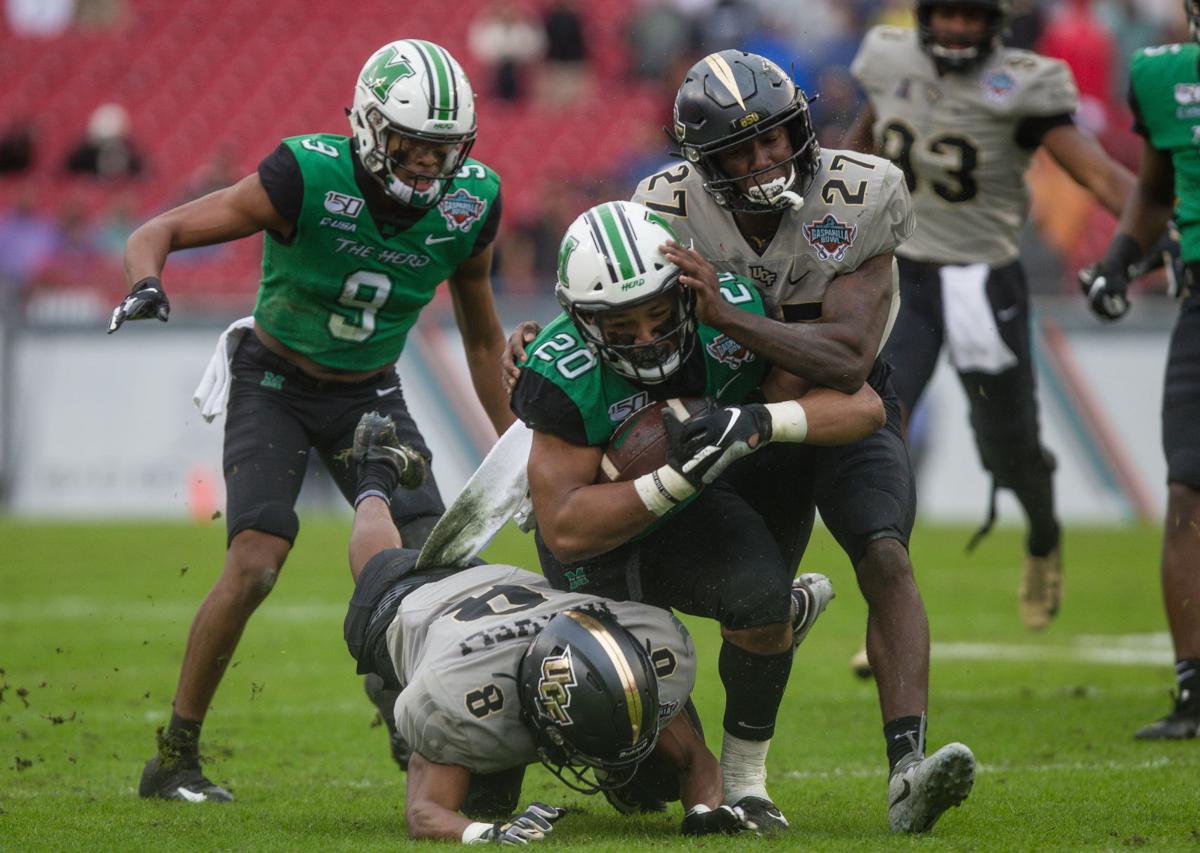 Marshall running back Brenden Knox (20) is hit by UCF’s Richie Grant (27) and Zamari Maxwell (8) on a carry during the Bad Boy Mowers Gasparilla Bowl on Monday, Dec. 23, 2019, at Raymond James Stadium in Tampa, Fla. 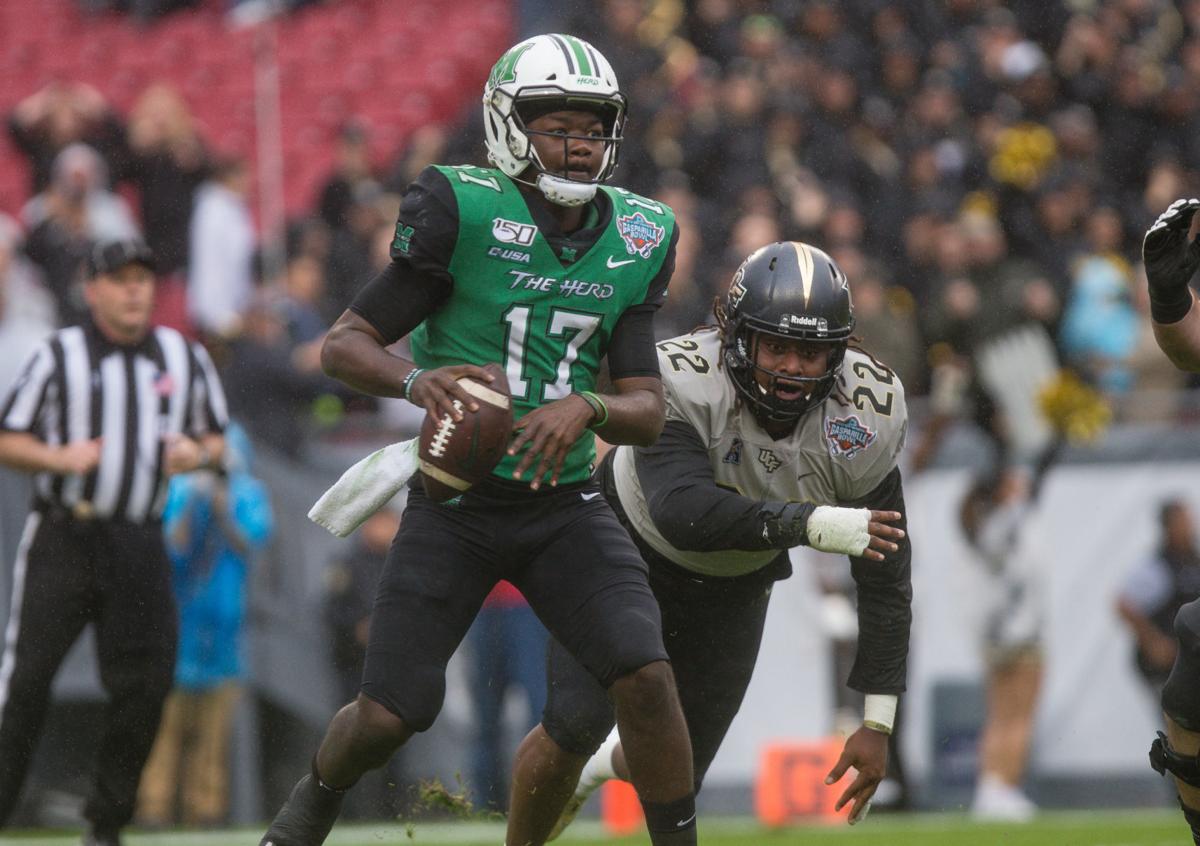 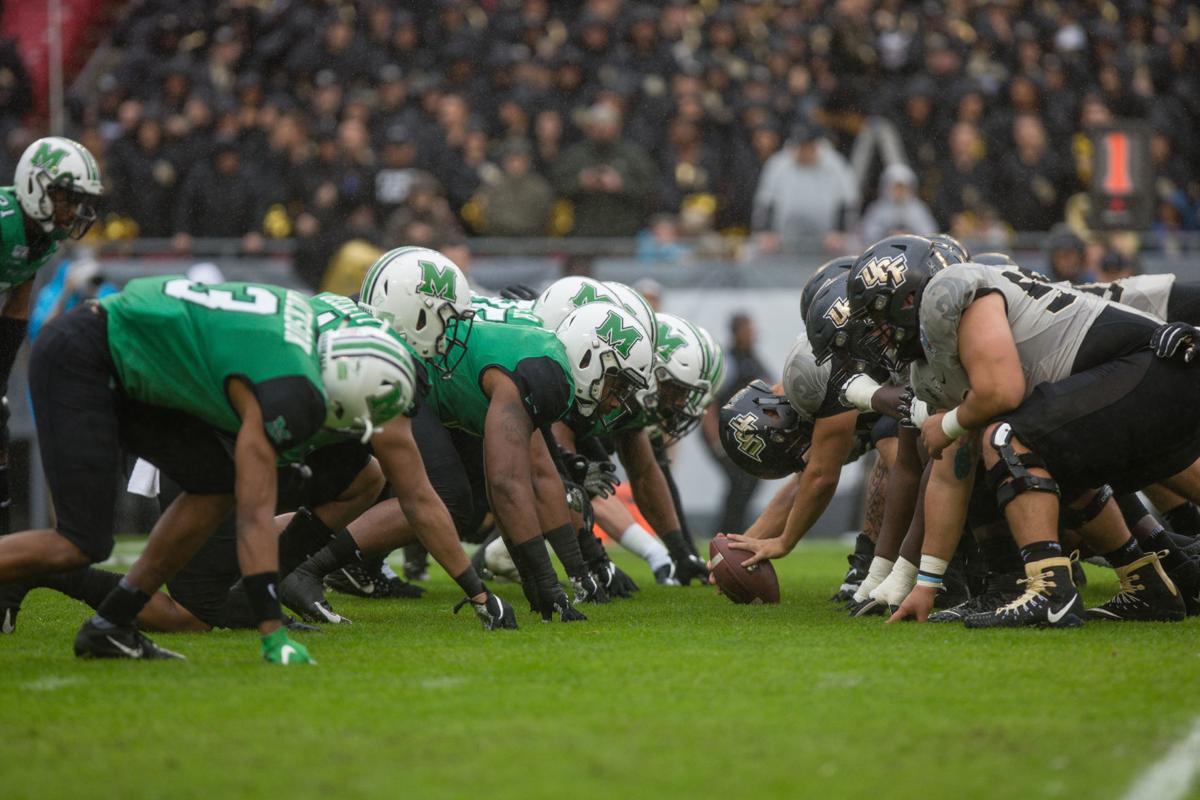 Marshall running back Keion Davis (24) rushes forward for a touchdown against South Florida in the Bad Boy Mowers Gasparilla Bowl on Dec. 20, 2018, at Raymond James Stadium in Tampa, Fla.

Marshall running back Brenden Knox (20) is hit by UCF’s Richie Grant (27) and Zamari Maxwell (8) on a carry during the Bad Boy Mowers Gasparilla Bowl on Monday, Dec. 23, 2019, at Raymond James Stadium in Tampa, Fla.

HUNTINGTON — On Thursday afternoon, Conference USA announced a complex but versatile bowl lineup for the 2020-25 seasons.

The far-flung league announced 16 different bowl possibilities that span Hawaii to Boston to Boca Raton, Florida, over the next six years as part of an increased attempt to regionalize options for its eligible members.

“We are very pleased with our future bowl lineup,” Conference USA Commissioner Judy MacLeod said in a release. “Our teams will continue to have postseason opportunities in outstanding destinations that are very accessible to our schools and their fans. We are also excited to have additional flexibility to create great matchups.”

The league’s new bowl cycle only has two solidified games that will feature a Conference USA team in each year of the run. In each year, Conference USA will have at least six guaranteed bowl slots, according to the release.

Those games are the Bahamas Bowl, which puts a C-USA team against the Mid-American Conference, and the R&L Carriers New Orleans Bowl, which matches C-USA and the Sun Belt.

The latter is an interesting announcement, considering that there had been wide-spread speculation that Conference USA and the Sun Belt have thrown around the idea of a merger of their leagues due to regionalized travel for many of the respective teams involved.

While those are the only two games in which a C-USA team will be a concrete member each season, there are also two other deals in place that puts Conference USA teams in play for at least a portion of the six-year period.

The Hawaii Bowl will be a destination for a Conference USA team in even years during the deal (2020, 2022, 2024) while the Independence Bowl in Shreveport, Louisiana holds a primary agreement in 2021 and 2025, as well as a secondary agreement in all other years of the deal.

The conferences remaining bowl games will come from a pool of 12 bowl games — nearly all of which are owned by ESPN Events.

The only one of the 12 that is not an ESPN Events production is the LendingTree Bowl, which is based in Mobile, Alabama.

Other bowls within ESPN Events’ control that will serve as a cycle for Conference USA’s bowl destinations include the following:

Pete Derzis, ESPN’s senior vice president of programming, said ESPN Events is excited about continuing its partnership with the league.

“We look forward to continuing to feature the conference’s top programs, student-athletes, coaches and fans in our bowl games across ESPN’s networks.”

Many of the bowl games mentioned have been in Conference USA’s cycle recently.

Last year, C-USA sent teams to eight bowl games — all of which were included on the league’s list issued Thursday.

There are two new bowl games for 2020 that could be included in Conference USA’s rotation, as well: The Myrtle Beach Bowl and The Fenway Bowl.

The Myrtle Beach Bowl is one that is likely to feature a Conference USA team, given the proximity of several East Coast teams to the game, which will be played in Conway, South Carolina.