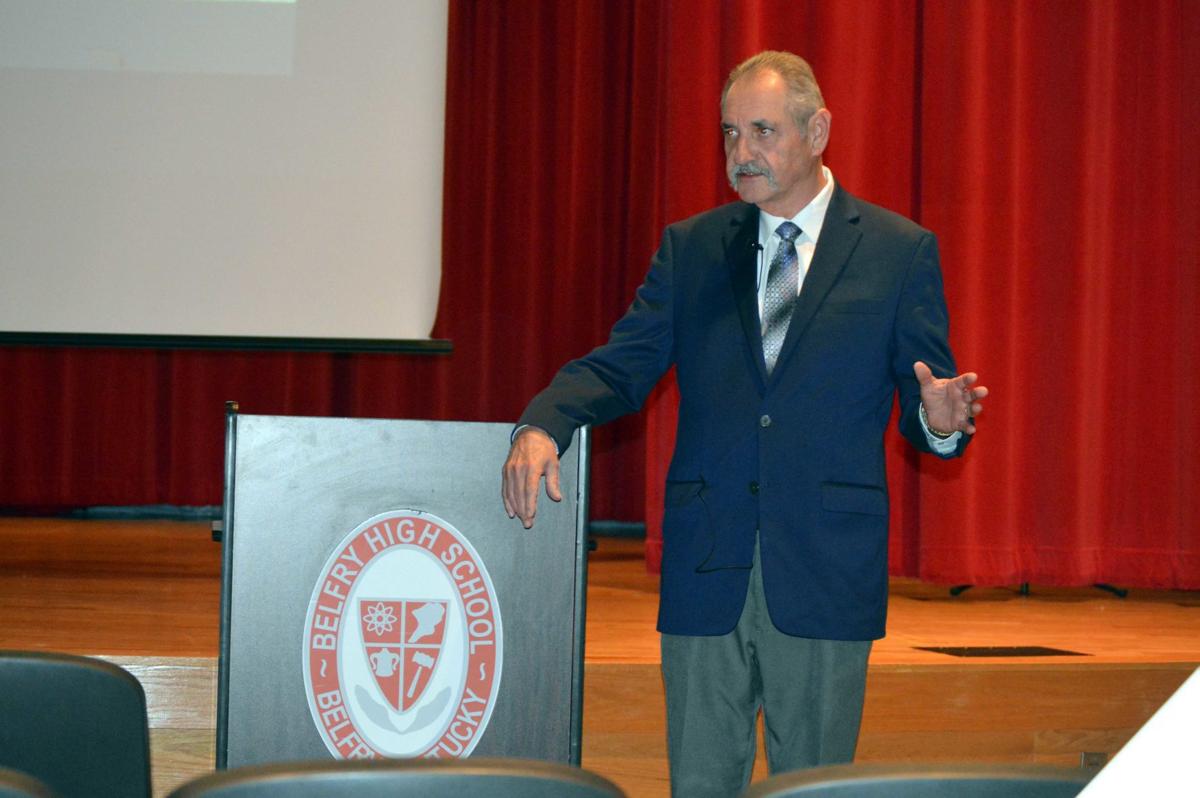 Belfry head football coach Philip Haywood speaks to members of the media as he updates the field turf project for CAM Stadium. 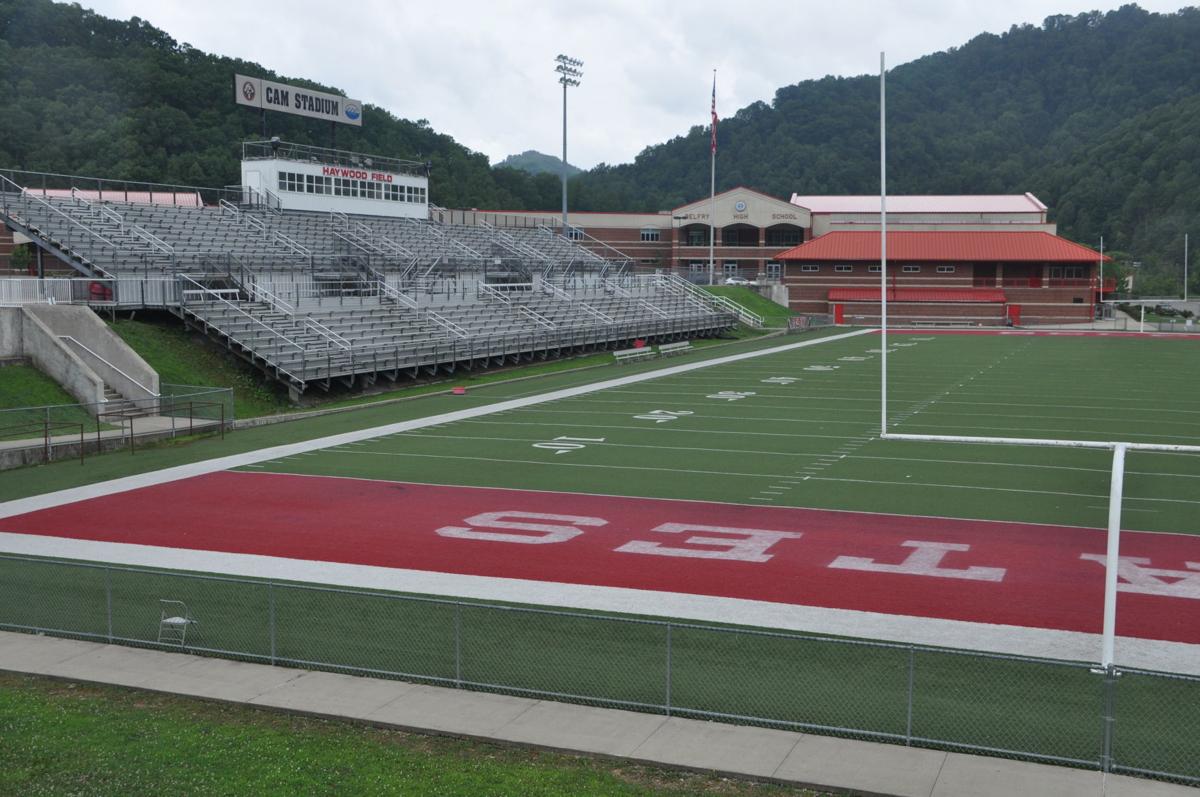 Belfry’s Cam Stadium, which has been the home of six time state champion Belfry Pirates since 2005, is set for new field turf at the beginning of the 2019 season.

Belfry head football coach Philip Haywood speaks to members of the media as he updates the field turf project for CAM Stadium.

Belfry’s Cam Stadium, which has been the home of six time state champion Belfry Pirates since 2005, is set for new field turf at the beginning of the 2019 season.

GOODY, Ky. — After 15 seasons CAM Stadium on the campus of Belfry High School is set to receive new field-turf before the start of the 2020 season.

The news was announced by longtime Belfry head coach Philip Haywood in a press conference at the school on Wednesday, Jan. 28 when he revealed that the installation process of the new turf will be started sometime this Spring.

“This has been a big undertaking for us,” coach Haywood said on behalf of the BHS Field Turf Boosters Committee. “We’ve been fundraising for this for over a year now. Recently a company that is owned by a couple of our former alumni gave us a very generous donation. With that donation and the fundraising efforts by our committee we’re in a position to get this turf started.”

Haywood said that even though they are already making plans to begin the installation of the turf they still have not yet raised all of the necessary funds in order to complete the project.

Coach Haywood said that the total dollar amount for the entirety of the project, which also includes some drainage work, is around $450,000.

Since CAM Stadium opened before the start of the 2005 season the Pirates have saw success on the gridiron like never before in school history.

In the 15 seasons the Pirates have played on the turf at Haywood Field they have gone an incredible 102-16 at home while advancing to the Class AAA state championship game 9 times, bringing home the trophy to Pond Creek five.

While it is the Belfry football team who has gotten the majority of usage out of the facilities at CAM Stadium, Haywood noted that it is a community field that is utilized by Pirates of all ages.

“Our youth leagues play on this, we work them in and then we have all the junior varsity games as well,” Haywood said. “It’s hard to almost think of everybody that does use this. You go out right now in an afternoon and you’ll see our baseball and softball teams out there using our field because its too wet to go on the grass. Sometimes our soccer teams, especially in August they’ll be out there early in the morning practicing. Our ROTC goes out there, PE classes go out there. So it is a multi-purpose field that is used by our community.”

Belfry alumni Denny Moore, who graduated in 1957, is a member of the boosters committee and he says that he feels a “want to” rather than a “need to” when it comes to giving back to his community.

“This is a continuation of something that we started in 2005 and we hope it will continue even after we’re no longer available to help,” Moore said. “With the committee members, I think it is just trying to put things back. You don’t feel an obligation to do it, but you feel a want to do it.”

The BHS Field Turf Boosters Committee released a professionally made video and showed it to members of the media at the press conference before posting it to their social media pages and YouTube later in the evening.

The video was narrated by Ralph Hacker and really captures the essence of Belfry football and the spirit surrounding the program. To view that video go to the Belfry football Facebook page or search We Are Belfry on YouTube.com.

For additional information concerning the fund raising efforts and the Belfry High School football program or to make a donation, you may visit their website at www.belfryfootball.org, or view them on Facebook or Twitter @belfryfootball.