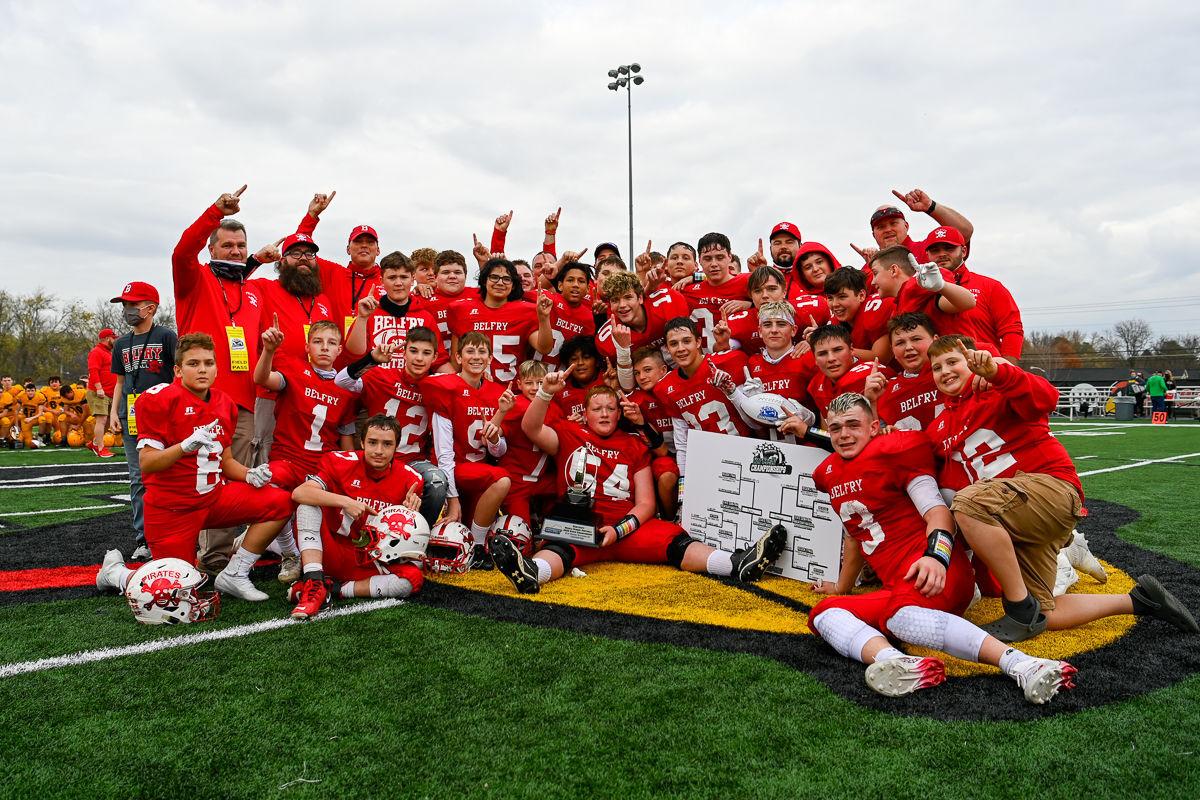 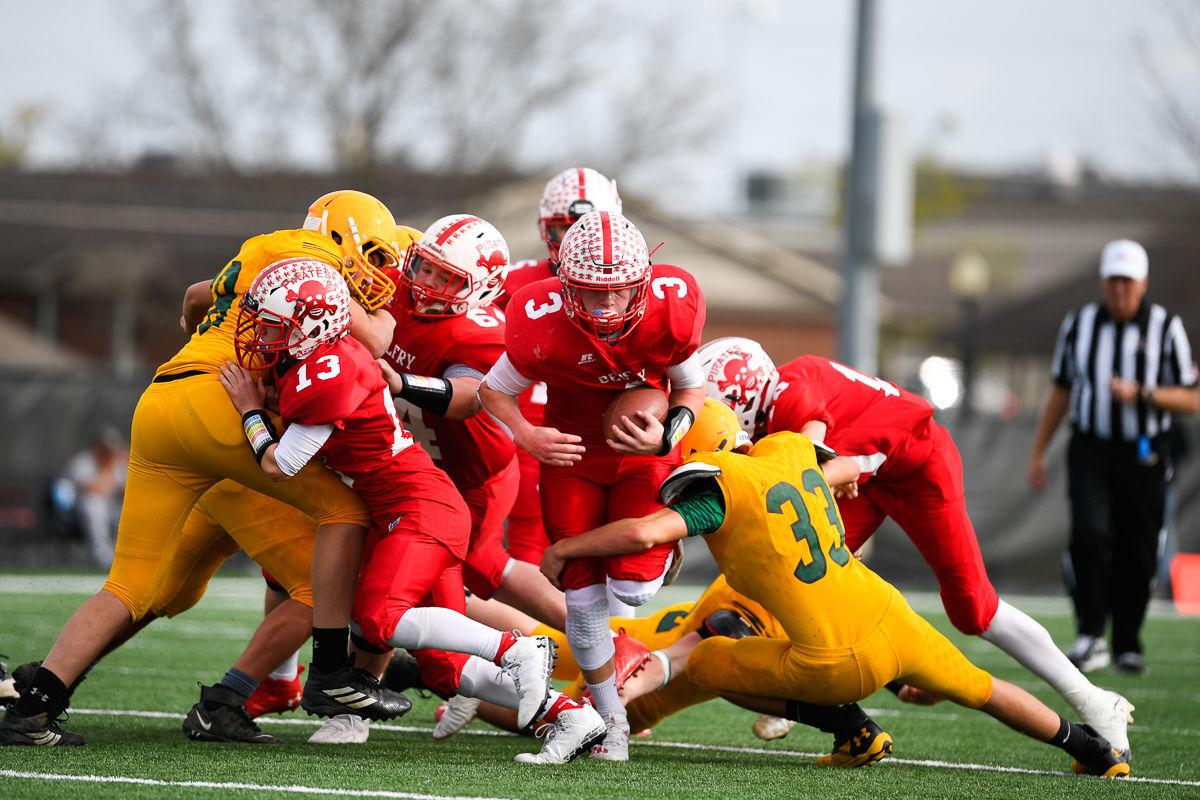 CAMPBELLSVILLE, Ky. — For the third time in the past seven seasons the Kentucky Middle School Football Association (KYMSFA) Division 3 State Championship trophy is coming back to Pond Creek as the Pirates took care of business in the championship game on Saturday and blanked Greenup County 12-0 in a game played at Taylor County High School.

The Pirates dominated the time of possession against the Mavericks as they played a typical brand of ‘Belfry football” with a stout run defense and a strong running game.

Belfry head coach Danny Oliver, who is now 3-0 as a head coach in the state championship game, said his team executed the game plan to “perfection” in the shutout win as they controlled the time of possession and only allowed Greenup County to possess the ball for 6:42 seconds in the game.

“Belfry’s system is all about ball control. You stop them, you get you three or four yards a play, and keep the ball away from the other team,” Oliver said. “They (Greenup County) had great athletes and we knew that. The best way to keep them off the field is to control the ball and to control the clock. As a staff putting a game plan together and as a team executing that game plan it was a championship effort. Really and truly, it was perfection.”

The Pirates got off to a fast start to begin the game as they took the opening kickoff and began to work their way down the field using their ground-and-pound running game.

After a penalty put BMS behind the chains, coach Oliver called a pass-play and sent eight grader Isaiah Stanley deep on a wheel route and QB Chase Varney hit him for the game’s opening score. The two-point try was no good but BMS jumped ahead to the 6-0 lead.

After stopping the Musketeers on their first drive, the Pirates went on another clock-chewing drive deep into GC territory. The drive-stalled however inside the Greenup 10 yard line when a fumble occurred during a RB/QB exchange and the Musketeers pounced on it to take over possession.

They could not muster any points before the end of the first half however, as the Pirates took the 6-0 lead into the break.

Coming out of the halftime locker rooms, the Belfry defense came up big once again and stopped Greenup County giving the ball back to their offense.

The Belfry run attack continued moving the ball down the field as they mounted a long, clock-chewing drive and attempted to secure another state championship.

They did just that, as the ‘Bucs ate up nearly the entire 4th quarter clock and extended their lead to two scores at 12-0 on a plunge by Isaiah Stanley with 1:50 to play. Stanley had multiple big runs on the final drive as coach Oliver kept calling his number and he continued to deliver.

“We was riding the horse that got us here on that final drive,” Oliver said. “We knew that we had the best player and we knew what our offensive line could do to them.”

Greenup County then threatened to score in the closing seconds and break up the shutout but Austin Harlow came up huge for the Pirates as he sacked the Musketeer quarterback and the clock truck zero.

Along with Harlow, coach Oliver was also singing the praises of defensive back Cayden Varney along with defensive lineman Kaden Bogar, Bo Wolford, and Nick Baldwin.

Oliver said that Bogar, Wolford, and Baldwin in particular, who will all be back at the middle school level next season, all played “lights out” in the big win.

Coach Oliver also applauded his assistant coaches after the win and called them “the best staff in the state from top-to-bottom.”