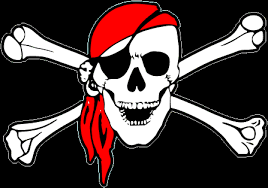 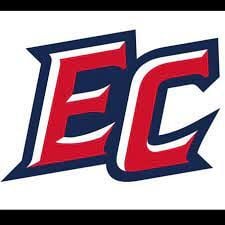 GRAYSON, Ky. — The Belfry Pirates and head coach Philip Haywood have became accustomed to playing football the day after Thanksgiving, which is traditionally the day of the semifinals for the high school football playoffs in Kentucky.

In fact, the Pirates have advanced to at least the Class 3A semifinals in 16 of the 19 seasons since 2003 and have played in the state championship game in 11 times, winning all seven state titles in their programs history.

On the other hand, Belfry’s opponent for Friday’s Class 3A 2021 UK Orthopaedics State Football Semifinals matchup is making their first ever appearance in the semifinals.

Head coach Tim Champlin, a native of Pikeville, and his East Carter Raiders have had the best season ever seen in Grayson since the school opened in 1973 as they enter the matchup tied for the most wins in school history with 11.

East Carter is coming off of an easy win last week to claim their first ever Region Championship as they rolled past Mason County 38-10.

A week prior the Raiders had picked up their biggest win in school history as they upset Ashland Paul Blazer 26-16 in the District Championship. The win was their first ever over the Tomcats as they were 0-14 coming in and even avenged a regular season 31-20 loss on Oct. 8 to the hands of the defending 3A champs.

To put things in perspective of just how little success the East Carter program has had in the postseason, the Raiders had only four playoff wins in school history coming into this season and have already racked up three wins to pay their way to the semis.

For comparisons sake, Belfry and coach Haywood have racked up an incredible 70 wins in the postseason since 2003, the most in the state of Kentucky.

If the Pirates are going to advance back to their 15th state championship game appearance all time then they are going to have to slow down the legs of senior East Carter running back Charlie Terry who has ran for 1791 yards and 32 touchdowns in 12 games.

A week ago terry once again was the bell-cow for the Raiders in their win over Mason County as he ran for 231 yards and four touchdowns on 18 carries.

The “Big Red” defense has been playing their best ball of the season of late and are traditionally good at stopping the run.

Quarterback Kanyon Kozee is the team’s second leading rusher as he has ran for over 400 yards and four touchdowns from under center.

With his arm Kozee has completed 72-137 passes for 1,190 yards, five touchdowns, and six interceptions with his top target in the passing game being Connor Goodman who has caught 32 passes for 631 yards and four touchdowns on the season.

Defensively, the Raiders have been led all season long by linebacker Rylan Yoak who has made 90 stops on the season. Isaac Boggs and Nik Barnett are next with 60 stops each while Terry has chipped in 55 tackles on defense.

As a team East Carter has 42 tackles for a loss on the season with lineman Izack Messer leading the team with eight. Goodman leads the team with four interceptions while Kozee has three including one pick six.

The Pirates and the Raiders have met up two times on the gridiron with Belfry coming out on top in both contests. BHS won the first meeting in Grayson 42-7 in 2007 and then claimed the 48-6 in the 2008 matchup at CAM Stadium.

Coach Haywood will be looking to lead Belfry to their 14th state championship appearance since he took over as head coach on Pond Creek in 1984. Haywood, who picked up his 463rd career win a week ago, is 13-5 all-time at Belfry in the semifinals.

Kickoff between the Pirates and the Raiders is set for 7:30 p.m. at Steve Womack Field in Grayson.