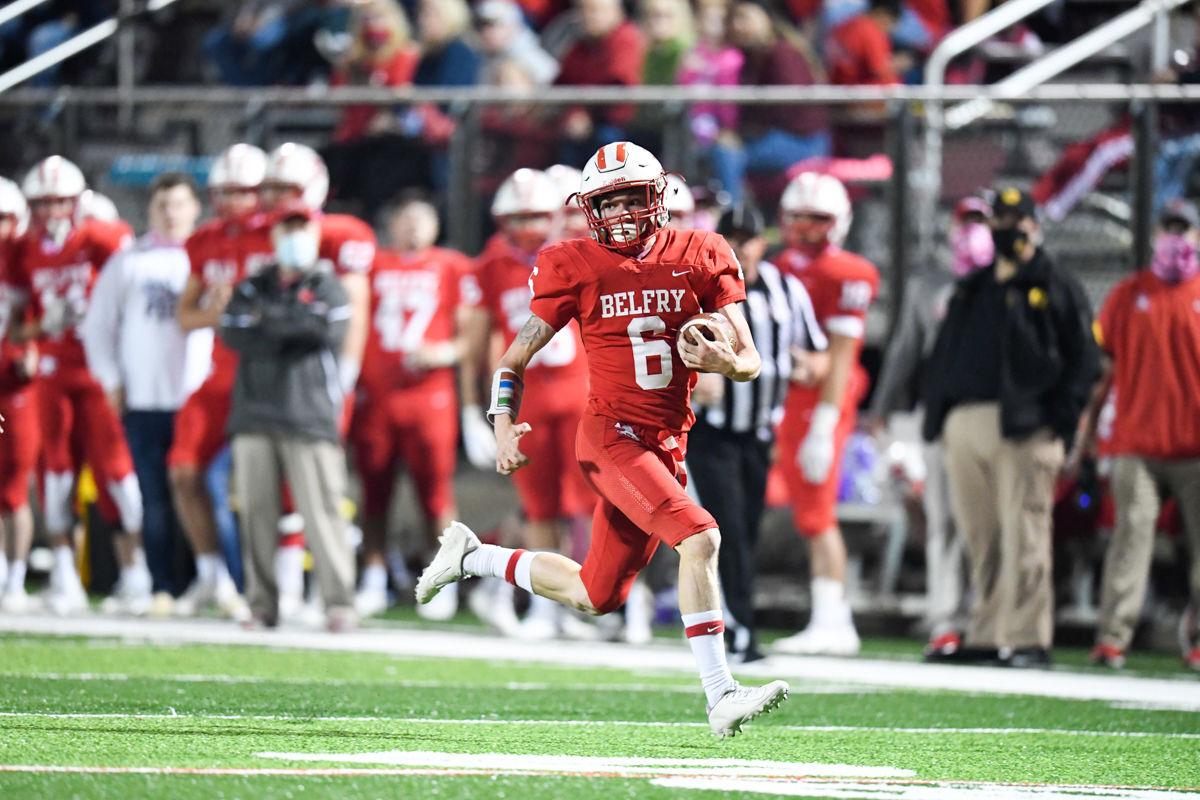 Belfry senior running back Kyle Webb gallops towards the endzone in the Pirates 49-7 win over Pike Central on Friday at Haywood Stadium. 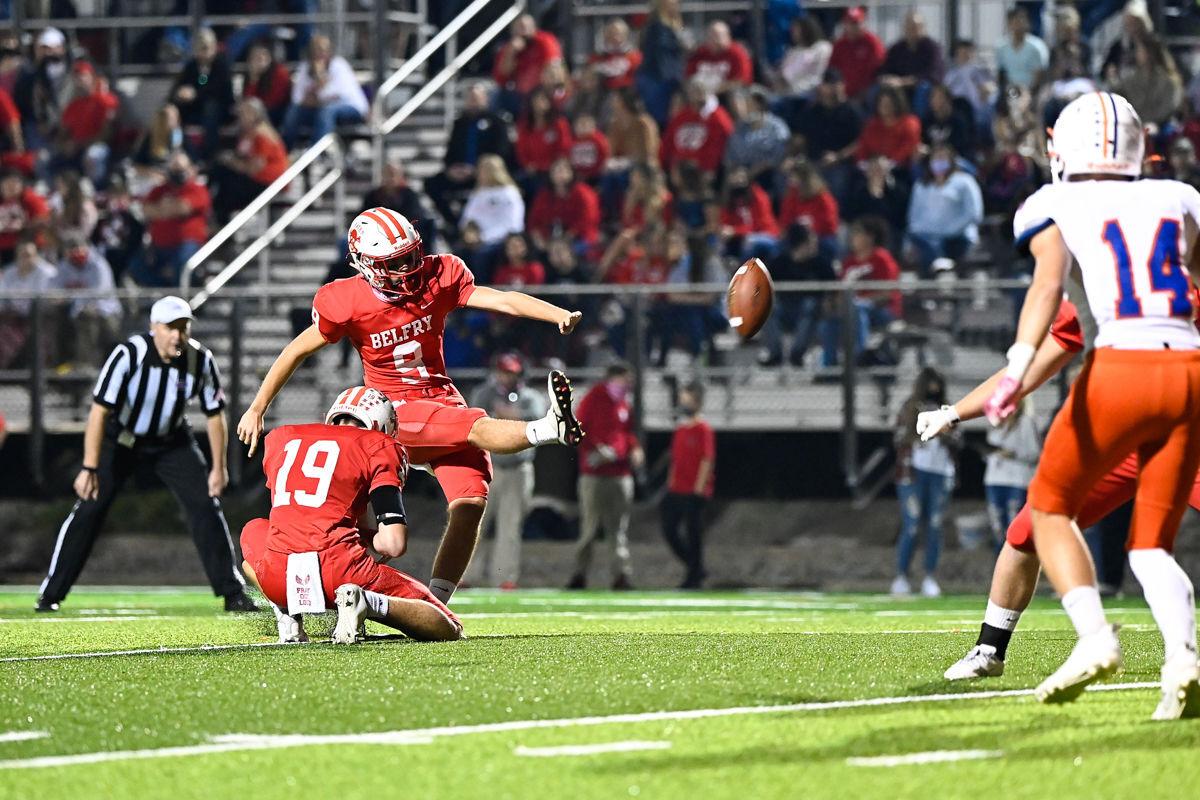 Belfry senior running back Kyle Webb gallops towards the endzone in the Pirates 49-7 win over Pike Central on Friday at Haywood Stadium.

BELFRY, Ky. — The Belfry Pirates claimed another district crown this past Friday night as they dominated visiting Pike Central by a final score of 49-7 at Haywood Field.

The Pirates (5-2) improved to 30-0 all-time against their district rival with the win, as they shut down PCHS running back Matt Anderson following a record setting performance the week prior.

The “Big Red” defense held Anderson to only 66 yards rushing and no touchdowns on 16 carries, one week after he ran for 409 rushing yards and a state record nine TDs against Magoffin County.

Belfry left zero doubt from the opening kickoff that they were the better team as they scored on their first seven possessions to begin the game, until a fumble late in the 4th quarter.

The Pirates secured a running clock with six minutes left in the first half after a 57 yard TD run from senior playmaker Isaac Dixon and the ensuing two-point try gave BHS the 36-0 lead.

Dixon touched the ball three times on the night and scored all three times, as he also added TD runs of 22 and 46 yards. The Mr. Football candidate now has 1,177 yards rushing on the season on 81 carries and 17 touchdowns in only seven games. He is averaging over 14 yards per carry.

Five players in total scored rushing touchdowns on the night for head coach Philip Haywood’s squad as the ground game amassed a total of 373 yards.

The Belfry defense looked like it was going to pitch a shutout as they were ahead 49-0 with time winding down but Keegan Bentley ran a seven yard TD as time expired to set up the final score of 49-7.

The win was No. 454 in the career of coach Haywood as the Pirates improved to 5-2 on the year and 4-0 in district play.

BHS only has one game remaining on the regular season slate as they will travel on Friday night to play Class 4A No. 1 Johnson Central in what is arguably their toughest game of the season.

The Eagles are led by former Belfry star Jim Matney and enter play with a perfect 6-0 record. Like Belfry did in Class 3A, the Eagles won the state championship in Class 4A a year ago with a 21-20 victory over Boyle County.

JCHS attacks defenses in a similar style as the Pirates as they have a punishing run game behind a massive offensive line.

Running back Preston Dillon will be the focus for the Belfry defense as he leads the Eagles on the season with 927 yards and 18 touchdowns in only six games. Dillon also has three TD receptions for a total of 21 scores.

QB Grant Rice hasn’t passed much on the season but has been ultra-efficient when he does as he has completed 13 of 18 passes for 397 yards, six TDs, and no interceptions. He has also ran for two scores in 2020.

Defensively, Mason Lemaster leads JCHS with 49 total tackles including six for loss while Chase Price has added 34. Dillon is a good two-way player for JCHS as he has also added 31 tackles and a team leading 6.5 sacks.

Belfry leads the all-time series against the Class 4A power with 27 wins to only nine losses, but JCHS has won 7 of the past 11 games dating back to 2009. The Eagles have won the last two, including a 53-16 thrashing at Belfry in 2019.

Kickoff between two of the Bluegrass State’s top football program is scheduled for 7:30 p.m. on Friday night at Eagle Stadium in Paintsville.