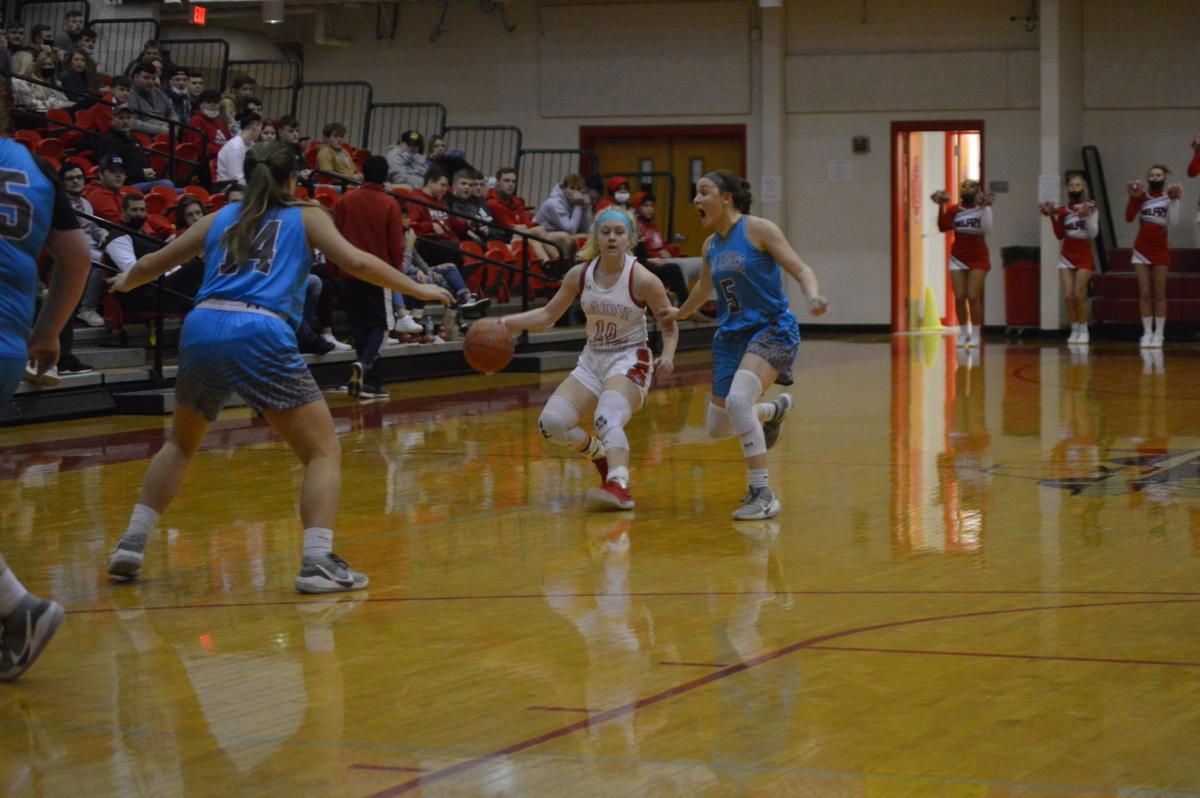 Belfry junior guard Linzee Phillips sprints the ball up the court during the Lady Pirates 44-41 win over Floyd Central on Friday. 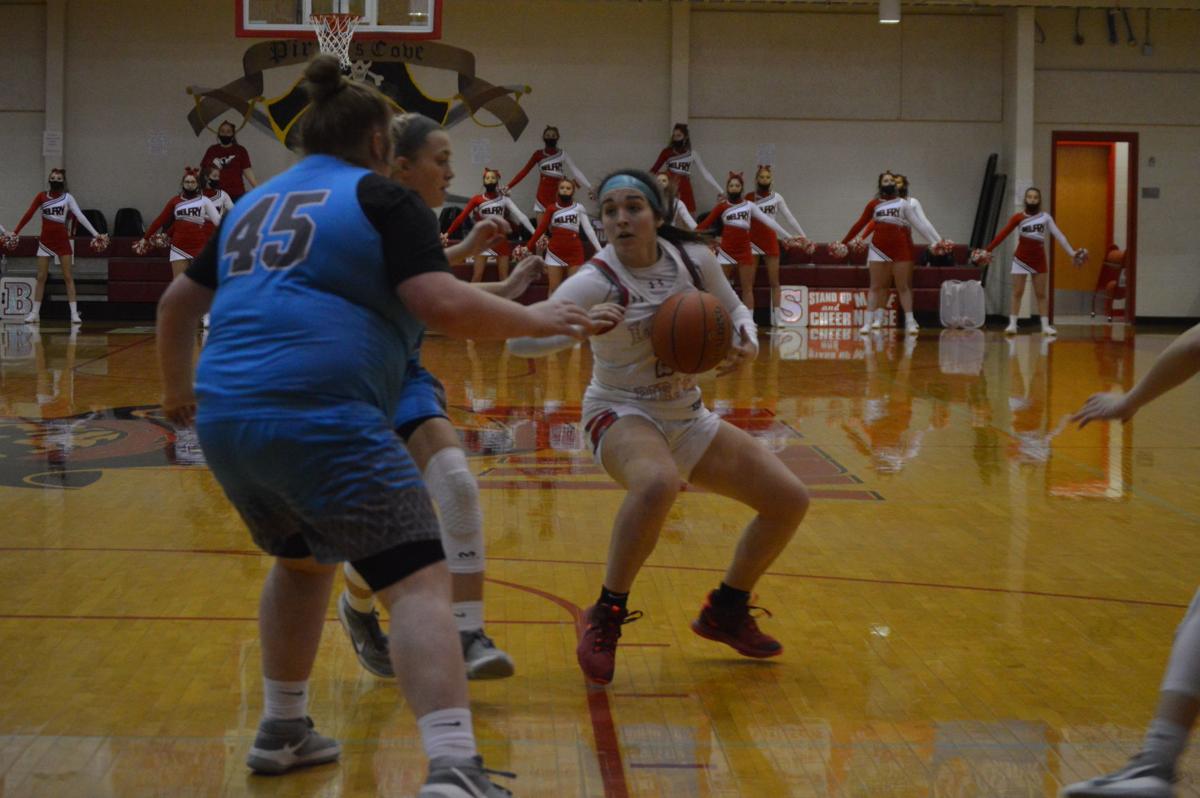 Belfry junior guard Linzee Phillips sprints the ball up the court during the Lady Pirates 44-41 win over Floyd Central on Friday.

GOODY, Ky. — The Belfry Lady Pirates and head coach Kevin Deskins made a statement with their play on the hardwood this past week, as the squad went 3-0 with all three wins coming against top teams in the 15th Region.

On Monday, Feb. 8, BHS made the short trek to Martin County to play the Cardinals and came away with the 54-39 win.

The Lady Pirates outscored the home squad every quarter in the contest in route to the victory.

Freshman Kyera Thornsbury led all scorers with 18 in the game while juniors Kyra Justice and Cushi Fletcher joined her in double-figures finishing with 13 and 12 respectively.

The Lady Pirates returned home on Friday night and picked up what many would say is their best win of the season as they handed Floyd Central only their second loss of the season with a 44-41 win at the BHS Gymnasium.

The Lady Jaguars were unbeaten coming into the contest with their only loss coming to North Laurel and looked poised to snag another victory as they led 39-37 with two minutes to play.

BHS junior Kyra Justice drilled a three to give the Pirates the 40-39 lead before FCHS took it right back after a bucket made it 41-40 Jaguars.

Another junior stepped up for Belfry, this time in the form of Cushi Fletcher as the lanky guard hit a pull-up jumper from 15-feet away to give her team the 42-41 win with 16 seconds to play.

Floyd Central came up unsuccessful on the offensive end and Thornsbury iced the game away with two foul shots in the closing seconds as the red-and-white secured the three point win.

Fletcher and Thornsbury each paced Belfry in scoring with 14 points each while Thornsbury grabbed 11 rebounds and Fletcher snagged eight boards.

BHS completed the season sweep of region foe Lawrence County on Saturday as they traveled to Louisa and knocked off the Lady Bulldogs 57-43.

The Lady Pirates controlled the game outscoring LCHS in every quarter on their way to the 14 point road win.

Thornsbury paced the red-and-white in scoring as she tossed in 21 points while Fletcher was right behind her with 16.

Sparks and Justice each added seven points to the cause while Phillips finished with four and Varney scored a deuce.

After the trio of wins the Lady Pirates saw their season record improve to 11-5 on the season with only 10 regular season games remaining.

BHS was scheduled to host Paintsville and Martin County on Monday and Tuesday night but scores and stats from those contests were not available by press time.

Coach Deskins squad will take the court again tonight at home as they will host Phelps their third game in as many nights in the first game of a girls/boys doubleheader.

The Lady Pirates are also scheduled to play on Saturday at 2:30 p.m. at Rowan County High School.