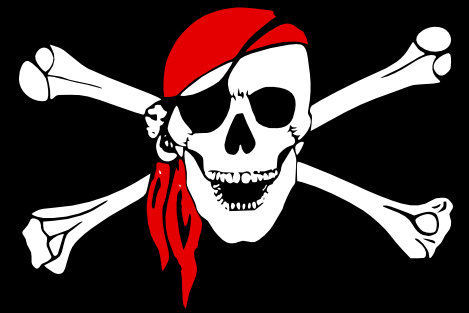 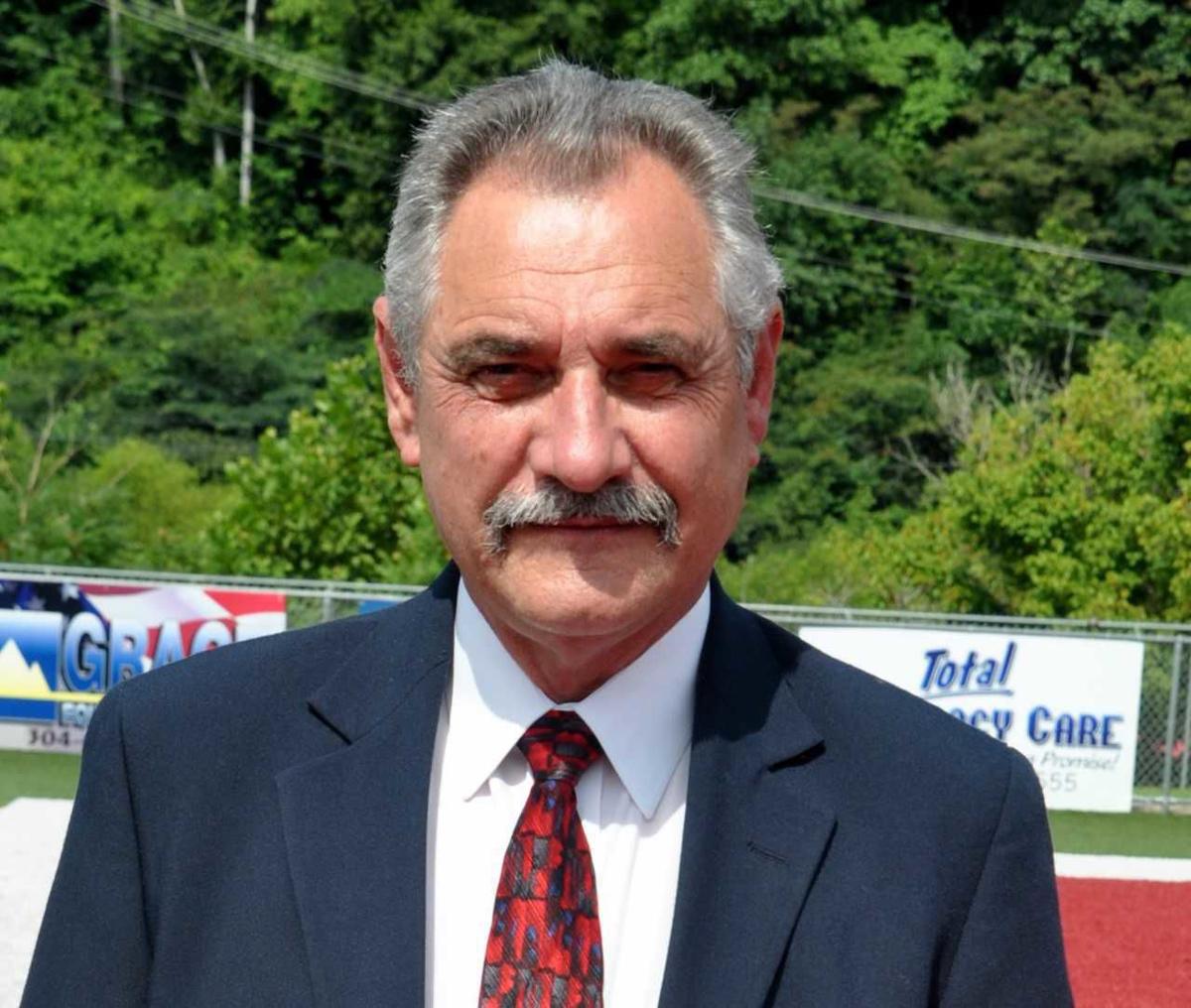 LEXINGTON, Ky. — The Belfry Pirates are back in the state championship game for the 14th time in school history as they are set to face the undefeated Bell County Bobcats in the UK Orthopaedics/KHSAA Commonwealth Gridiron Bowl Class AAA Finals on Friday in a 7 p.m. kick at Kroger Field in Lexington, Kentucky.

The Pirates, led by Kentucky’s winningest coach Philip Haywood (448 wins), have been a stalwart in the Class AAA finals this decade having now appeared in the title game in eight out of the ten years, including seven straight appearances from 2010 to 2016 and winning the title in each of those final four years.

The Bobcats are led by a legend of their own in longtime coach Dudley Hilton, the second winningest coach in the history of Kentucky (393 wins), and are returning to the state title game for the first time since 2008 when they defeated Bullit East 15-13 at Papa John’s Stadium.

Hilton, who was No. 1 in wins in Kentucky until he stepped away from high school ball in 2010 and accepted the job as head coach at Pikeville College, returned to the Bobcats in 2016 and took over a team that went 4-7 the year before.

Fast forward just three seasons to 2019 and Hilton has Bell County back playing top level football as they enter the title game with a 14-0 record after they defeated Taylor County 46-28 last week at home in the semifinals.

They are ranked No. 1 in the new RPI system and have beat teams by an average score of 47 to 11 this season, so coach Haywood knows his team will have their work cut out for them if they want to claim the school’s seventh state title.

“They are a obviously a very good football team, they score almost 50 points a game and they’ve got a quarterback that is really good,” Haywood said of the Bobcats. “He will probably be the fastest player that we have played this year, they have a very explosive offense and defensively they stop people. They are a good solid football team and are very well coached. Dudley Hilton has been around the game a long time.”

The quarterback that Haywood speaks of is senior London Stephney who transferred to Bell County from Knowville, Tennessee and has been a two-year starter for the Bobcats on both sides of the ball. Stephney is a dual-threat QB with offers from Army and Air Force and reportedly ran a 4.4 40-yard dash at the University of Kentucky senior combine earlier this summer.

For the year, Stephney has completed 79-124 passes for 1,492 yards, 19 touchdowns and only three interceptions while also rushing 103 times for 1,140 yards and 15 more scores. He had 286 all-purpose yards and two TDs in the semis to go with a 55-yard pick six to help the Bobcats advance to the finals.

“It’s tough facing a quarterback that can do both, we faced one last week that was similar to this but this guy is a lot faster and a lot quicker and he throws the ball extremely well,” Haywood said of game planning for Stephney. “You try to keep him in front of you, you try to stay in your lanes on your pass rush, and you try to make sure that you don’t lose contain on him because once he gets in the open field he can make you look pretty bad out there. They’ve also got a nice running back who runs the ball well and good receivers to throw the ball too. So we’ve got to play good containment and very smart defensively. They’ve got a good offense and a good offensive line.”

Sophomore Brandon Baker is the Bobcats leading rusher on the year totaling 1,404 yards on 152 carries and 17 scores while senior Jason Jones is the leading receiver having hauled in 43 passes for 892 yards and 13 scores in 2019.

Defensively, Bell County allows just over 11 points per game on the season and is led by junior linebacker Hunter Bailey who leads the team with 124 tackles on the season. Tyson Thomas follows him with 92 tackles including five sacks and 17 TFL while Dawson Widener adds 71 tackles and 13 TFL up front.

While the Pirates are known for their heavy running attack, which is still at full force this season coming in averaging 328 yards per game on the ground, they have been carried by their defense in 2019 which comes in averaging only 13 points per game and only seven points per contest in the postseason.

The “Big Red Defense”, as it has been known for many years, was especially effective a week ago as they shut out DeSales in regulation as the game went into overtime knotted up at zero.

“We tell our kids each year and especially this year, early in the season we knew we had kind of a young offense and some injuries and illness and things going on but we told our kids early on that defense wins football games, and special teams wins football games,” Haywood said. “The offense will take care of itself, some years it takes a little longer for the offense to get going but you can play defense every Friday night.”

Youngstown State commit Ben Bentley is a multi-year starter on defense and roams the free safety position while junior Brett Coleman (42 tackles) missed a couple of games at the beginning of the season but mans the strong safety spot.

Freshman Rudy Blackwell (46 tackles) has played well all season long at one of the defensive end spots but sprained his knee a week ago and will be a game time decision.

Junior Tyler Chaffin also starts in the secondary while seniors Dylan Goff and Mason Washington will also see time along the defensive front.

“Defense is the one thing we have really concentrated on all year,” Haywood said. “We have been fairly healthy on that side of the ball and we’ve got some kids that really play hard. We’re not that big or anything but we play hard. Our defense has been our key this year and we’re really going to have to be at our best on Friday.”

Offensively the Pirates rely on a trio of runners to get the job done but none have been more important this season than senior fullback Peyton Hensley. Hensley has 1,339 yards rushing and 18 touchdowns on the season to lead the team in both categories, including 111 yards rushing and the two touchdowns in the 15-14 OT win over the Colts a week ago.

Bentley has added 1,100 yards rushing and 13 scores on the ground while junior speedster Isaac Dixon has just under 900 yards rushing and 10 scores depsite missing the better part of four games with an injury. It was Bentley who delivered the lead block for Dixon’s two-point conversion that gave the Pirates the dramatic win last Friday night.

“We’ve been getting better each week offensively, but I think that is one of the areas we can play better this Friday than we did last Friday,” Haywood said. “But we are getting better, our health is better, we’re getting the same guys on the field two, three, or four weeks in a row now.

“Our offensive line has struggled but they’ve continued to work hard and gotten a lot better, they are learning their assignments, coming off the ball better, they’re becoming a more physical offensive line. So I think we have improved but again we are going to face a tough test in Bell because they don’t give up a bunch of points either.”

Belfry is back in the state finals for the first time since 2016 following a streak of seven consecutive appearances, and coach Haywood says he can see some excitement back around the program.

“This is really big, we went there (state finals) a few years in a row and people got to taking it for granted. Then for a couple of years we didn’t go, and all of a sudden there is some excitement back in this community,” Haywood said. “Winning is a great thing, but I also think that sometimes it can get, not necessarily the team, but your community complacent.

“Our crowds have been off, they say ‘well lets wait until there’s a good game to come to.’ Then we turn around and had a huge crowd in the semifinals last week in Louisville, people came from all over to be there...anytime you can advance to a state championship it is a great thing for any community and I think especially under the circumstances that we’re in right now with the economy not doing too well it is good to have something positive taking place in your community.”

The Pirates enter the final round with a 10-3 record on the year compared to the 14-0 record of Bell County, but the Pirates have faced a much more daunting schedule on their way to the finals.

This will be the eighth all-time match up between the two Eastern Kentucky powers with the previous seven games coming between 1989 and 1998. Bell leads the series 5-2 and won the last game in the contest, a 14-13 classic at Vipperman Stadium in the playoffs on Nov. 13, 1998.