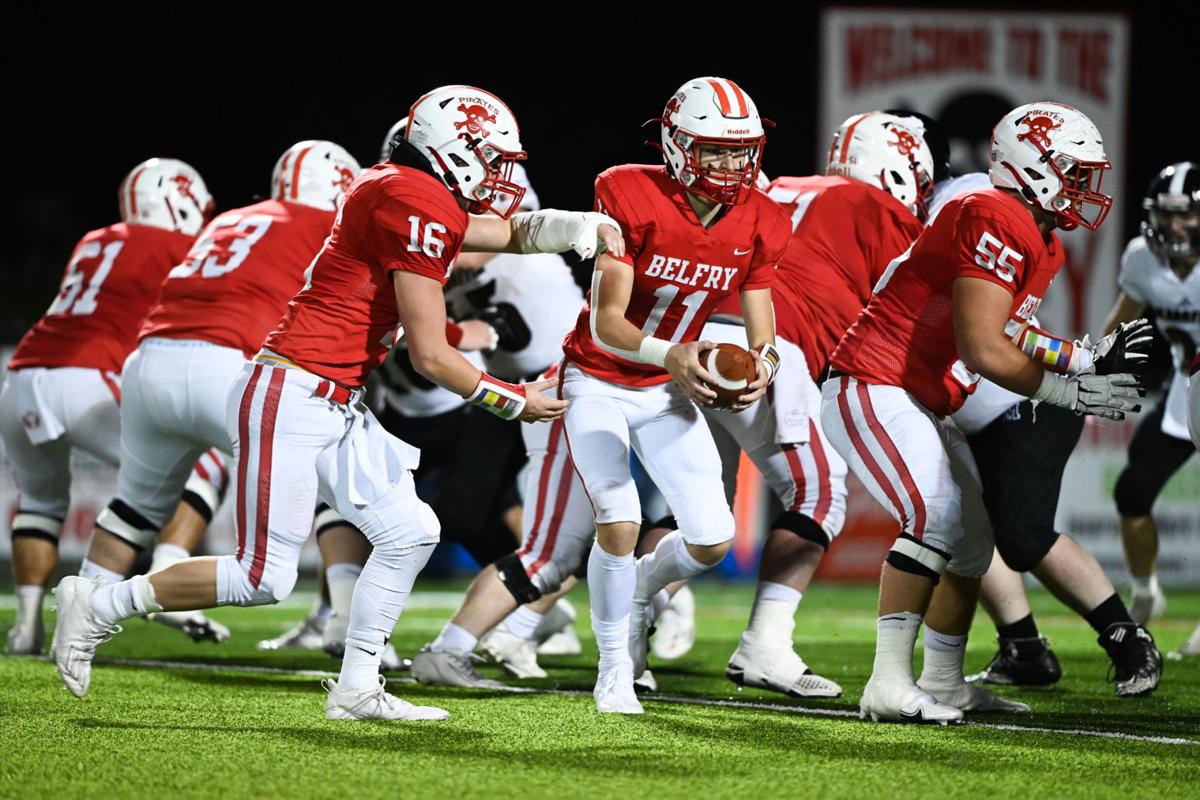 Belfry quarterback Caden Woolum (No. 11) hands the ball off to freshman Isaiah Stanley during a game for the Pirates in the 2021 season. 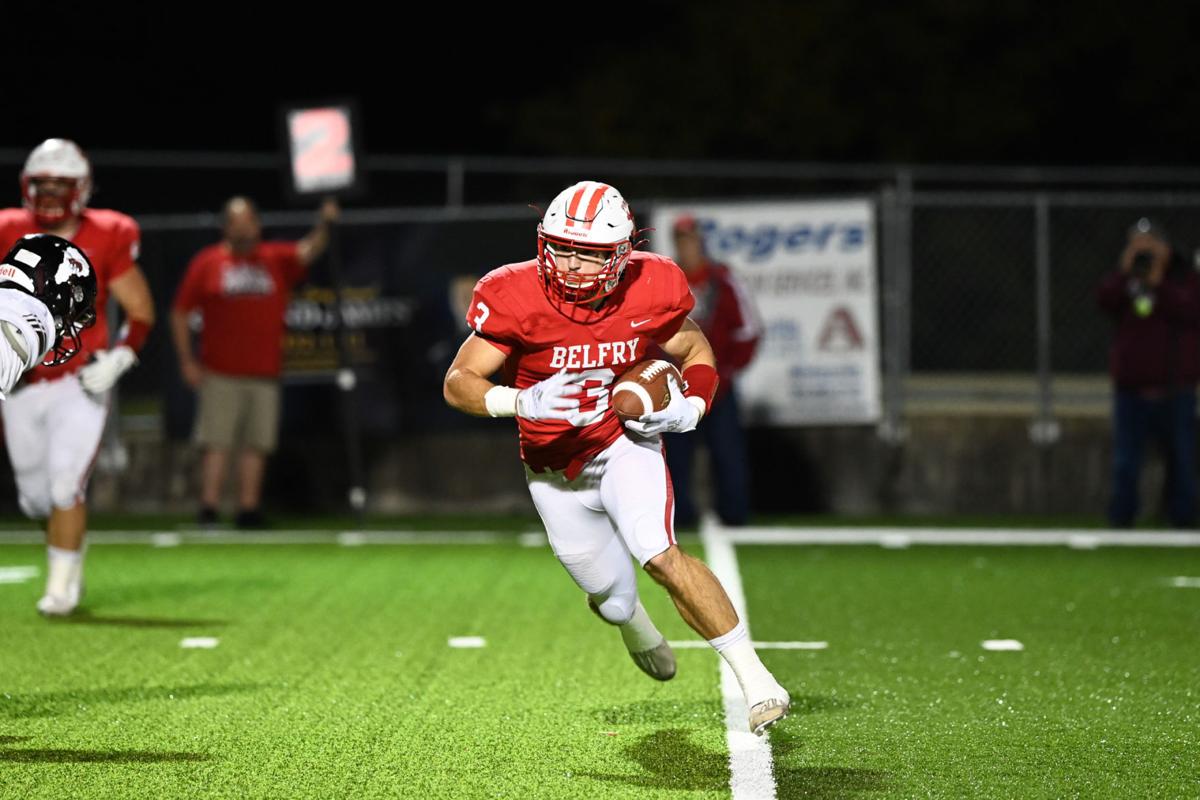 Belfry running back Issac Dixon looks to turn the corner during a game at Haywood Stadium earlier in the 2021 season.

Belfry quarterback Caden Woolum (No. 11) hands the ball off to freshman Isaiah Stanley during a game for the Pirates in the 2021 season.

Belfry running back Issac Dixon looks to turn the corner during a game at Haywood Stadium earlier in the 2021 season.

LANGLEY, Ky. — The Belfry Pirates picked up their second straight win of the season this past Thursday night as they traveled to Langley and knocked off Floyd Central by a final score of 49-6.

The Pirates ran for seven touchdowns on the ground on the night as the Jaguars had no answer for the vaunted Belfry rushing attack all night long.

Head coach Philip Haywood’s club built a 28-0 halftime lead despite having two Isaac Dixon touchdowns called back in the first half of play. They then scored on their first possession of the second half to take a 36-0 lead and set up the running clock.

Dixon got the scoring started for BHS as he broke free on a 78 yard jaunt with 33 seconds left in the first quarter and Gideon Ireson’s PAT split the uprights as Belfry took the 7-0 lead.

Sophomore quarterback Caden Woolum, who is starting his third game under center, scored the next Pirate TD as he kept the ball around the right end and ran it in from 33 yards away. Ireson’s kick was true and BHS led 14-0 with 9:25 left in the first half.

After a long Belfry drive on the next possession sophomore fullback Dre Young got in on the scoring and ran it in from three yards away. Ireson’s kick was good and the ‘Bucs led 21-0 with 3:17 left in the half.

After the Belfry defense forced another Floyd Central stop Dixon scored his second TD of the half as he weaved his way through the defense from 35 yards away. Ireson’s point after was money and BHS took the 28-0 lead into halftime.

Coming out of the break, senior Zayne Hatfield got in on the action as he broke off a nice run and took it in for six rom 25 yards away. Coach Haywood elected to go for the two-point conversion to set up the running clock as Woolum ran it in to extend the lead to 36-0 with 10:04 left in the third.

Young scored his second touchdown of the game just a few minutes later as he broke loose from a couple Jaguar tackles and hit paydirt from 47 yards away. Aidan McCoy came in to kick this extra point and drilled it to extend the lead to 43-0 with 3:33 in the third.

After Floyd Central scored on the Pirate reserves to cut the lead to 43-6, the Pirates were running out the clock when freshman Austin Harlow broke free on a 13 yard run and crossed the goal line for the final score of the game and extend the lead to 49-6.

The win for Belfry improves them to 2-5 on the season as they head into their bye week.

Coming out of the bye, the Pirates will play arguably their most important game on their schedule as they welcome 5-1 Lawrence County to Pond Creek on Oct. 15 for a highly anticipated district matchup.

Check out next week’s Williamson Daily News for a preview of that Class 3 A matchup.

NOTE: Belfry individual and team stats were not received by press time.