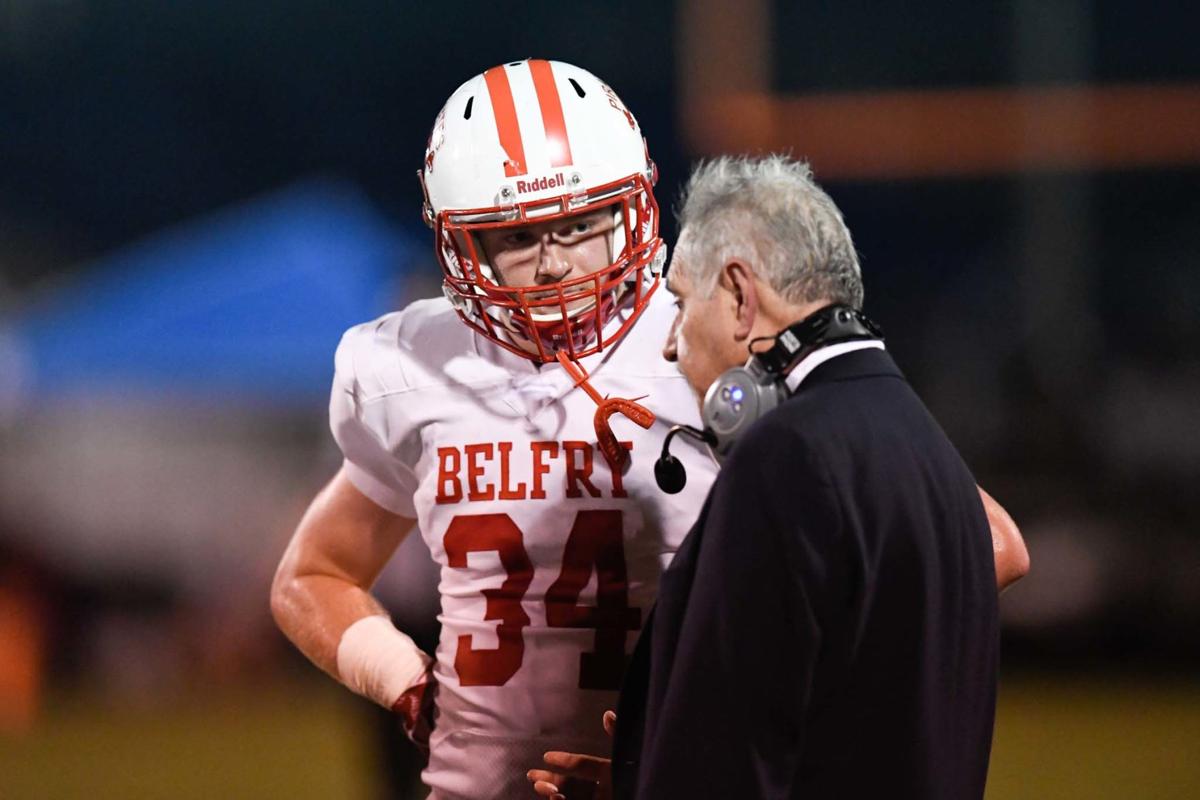 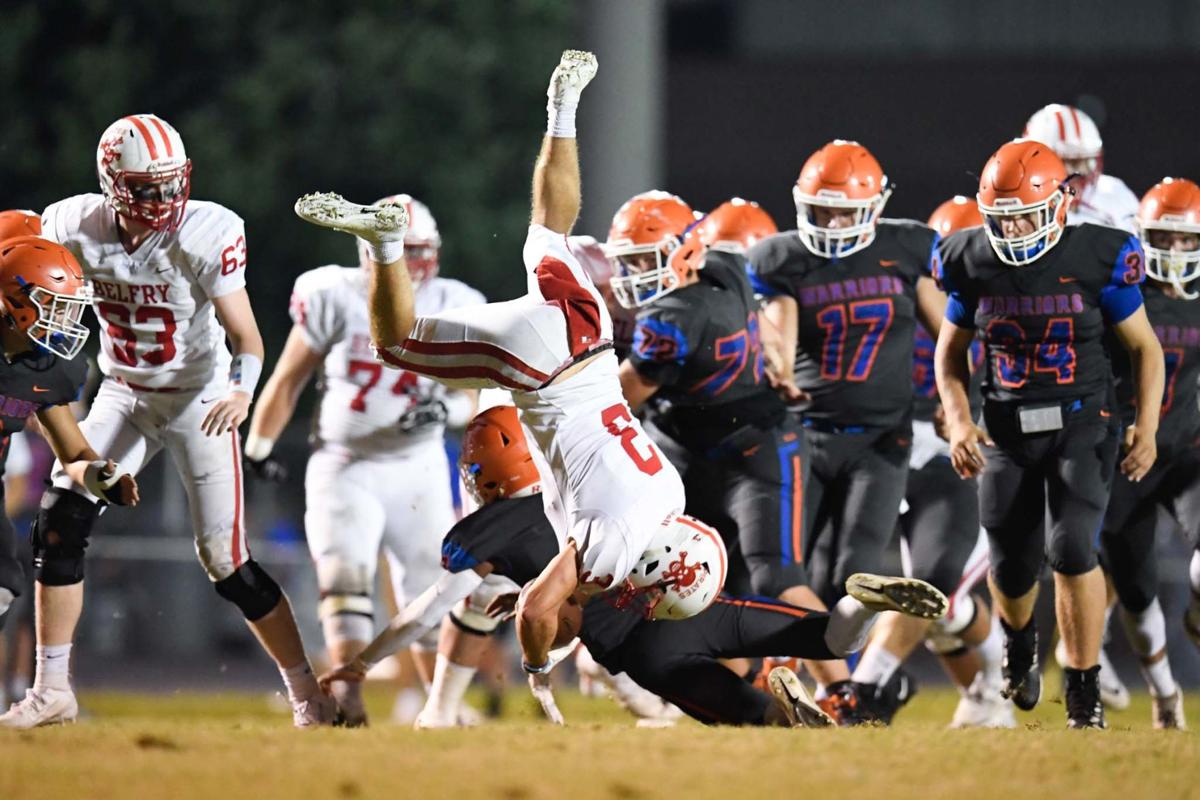 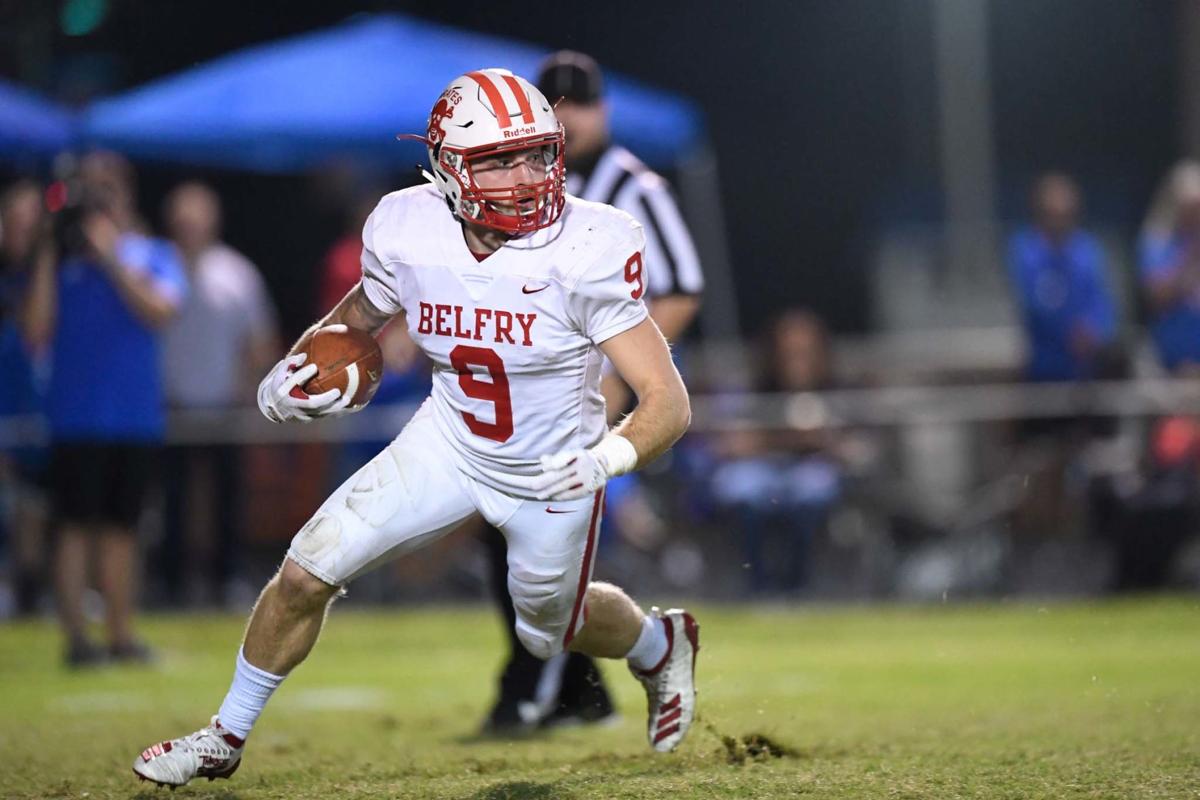 SOMERSET, Ky. — The Class 3A No. 2 ranked Belfry Pirates started the 2019 season off with a bang on Friday night as they traveled to Somerset and defeated Class 5A No. 10 Southwestern by a final score of 31-7 in a game played at Southwestern High School.

Junior running back Isaac Dixon picked up where he left off a season ago in terms of shredding opposing defenses as he rushed for 163 yards and scored three total touchdowns on the day.

With the Pirates leading 3-0 after an early Grayson Cook field-goal and the offense struggling to put it into the end zone, Dixon fielded a Southwestern punt at his own 35-yard line, jabbed right, and then cut-back left down the Southwestern sideline. He spun off a defender around midfield and accelerated all the way to the end zone for the 65-yard punt return and the Pirates first touchdown of the season. Cook's PAT was good and the Pirates led 10-0 with 9:31 left in the first half.

The Belfry defense, which was smothering all game long, quickly stopped the Warrior offense and forced a punt. But first year coach Jason Foley decided to call a fake rather than punt the ball to Dixon or the explosive Ben Bentley but the Pirate special teams was ready and stopped them at their own 33-yard line.

On just the second play from line of scrimmage, Dixon took the shotgun snap out of the "Wildcat" formation and sprinted down the left sideline untouched for the 30-yard score. Cook's PAT was good once again and Belfry led 17-0 with 6:04 remaining in the half.

The score would remain the same until Belfry's first possession of the second half when Bentley broke his first long run of the season as he sprinted down the Southwestern sideline for a 69-yard score. Cook's PAT once again split the uprights and the Pirates led 24-0 with 8:48 still left in the third quarter.

After the Pirates defense forced another three-and-out, they got the ball back inside of their own 20-yard line with 6:55 left in the third. Dixon wasted no time breaking his longest run of the day as he got free on the second play from scrimmage and raced 86-yards to the end zone for the his third and final score of the game. Cook's PAT was money and Belfry led 31-0 with 5:49 still left in the third.

With the game well in hand, longtime Belfry coach Philip Haywood began to sub heavily for the remainder of the game as a way to avoid injuries, keep guys fresh, and give some younger players valuable game minutes.

Southwestern finally broke into the scoring column late in the game against much of the second string for Belfry as Connor Crisp broke the pylon after a seven yard run and Max Brainard's kick was good to bring the score to 31-7 with 2:01 to go in the game.

As impressive as the Pirate offense was, the Belfry defense was lights out. The Pirates held the Warriors to just 127 yards of offense on the day, 82 rushing and only 45 passing.

Senior lineman Jacob Baisden, along with seniors Grayson Cook and John Ashurst, and junior Seth Mounts all also had big games on that side of the ball for the Pirates.

Offensively, Belfry gained 331 total yards with all of them coming on the ground. Dixon led the way with his 163 yards while Bentley added 10 carries for 86 yards and a score, and senior Peyton Hensley looked good in his first game back after an injury a season ago as he ran for 59 yards from the fullback position. Junior Chris Warren also ran the ball eight times for 29 yards late in the game.

The Pirates were playing without starting quarterback and strong safety Brett Coleman who has been out since early in the preseason battling mono. Sophomore Israel Canterbury started in his place under center and ran the offense well but did not carry the ball and finished 0-1 passing.

With the win Belfry improves to 4-0 all-time against Southwestern with three of the four wins coming on the road at Southwestern. It marks the first time since 2016 that the Pirates started the season with a win as they fell the past two seasons to Huntington in the season opener in the Pike County Bowl.

Coach Haywood will have his team back in action next Friday night in the 35th edition of the Pike County Bowl as they will play host to Class AA power Lexington Christian in an 8:35 p.m. start at CAM Stadium.

NOTE: Stats are unofficial and subject to change.