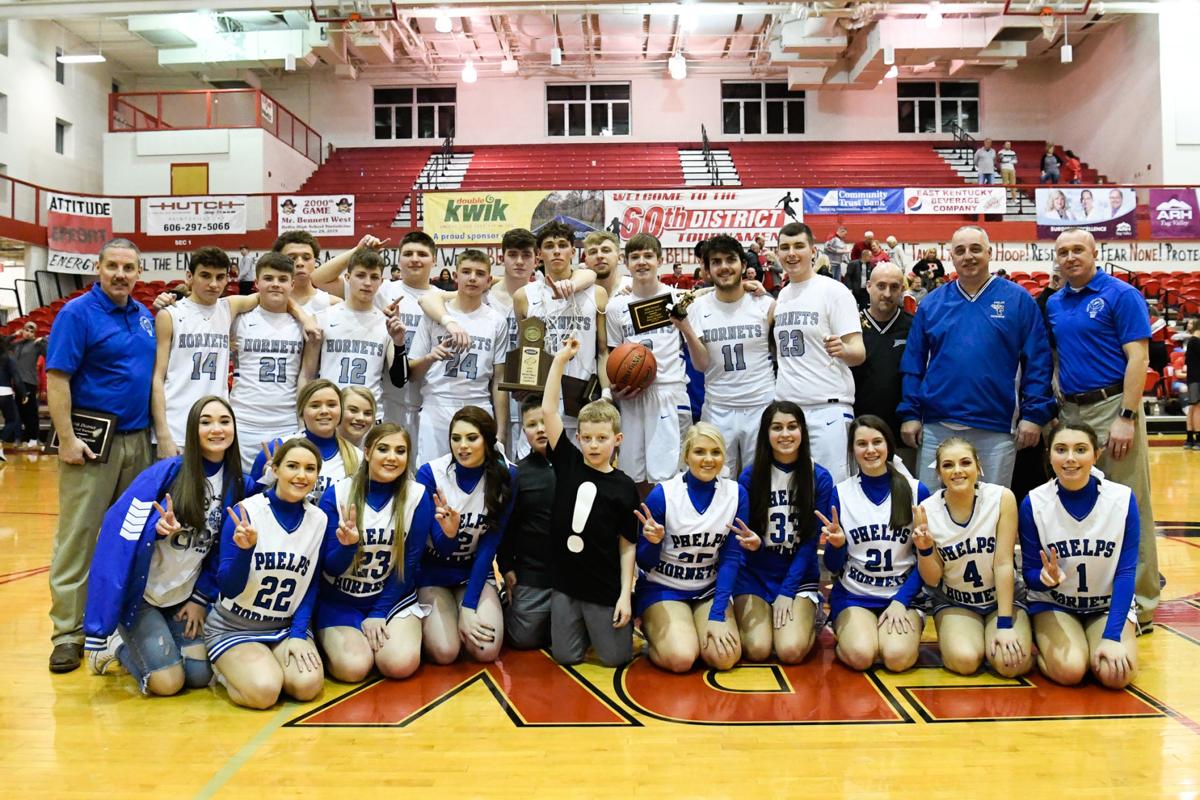 The Phelps Hornets pose after winning their second straight 60th District Championship after they defeated the Belfry Pirates by a final score of 66-57 on Feb. 27 at the BHS Gymnasium. 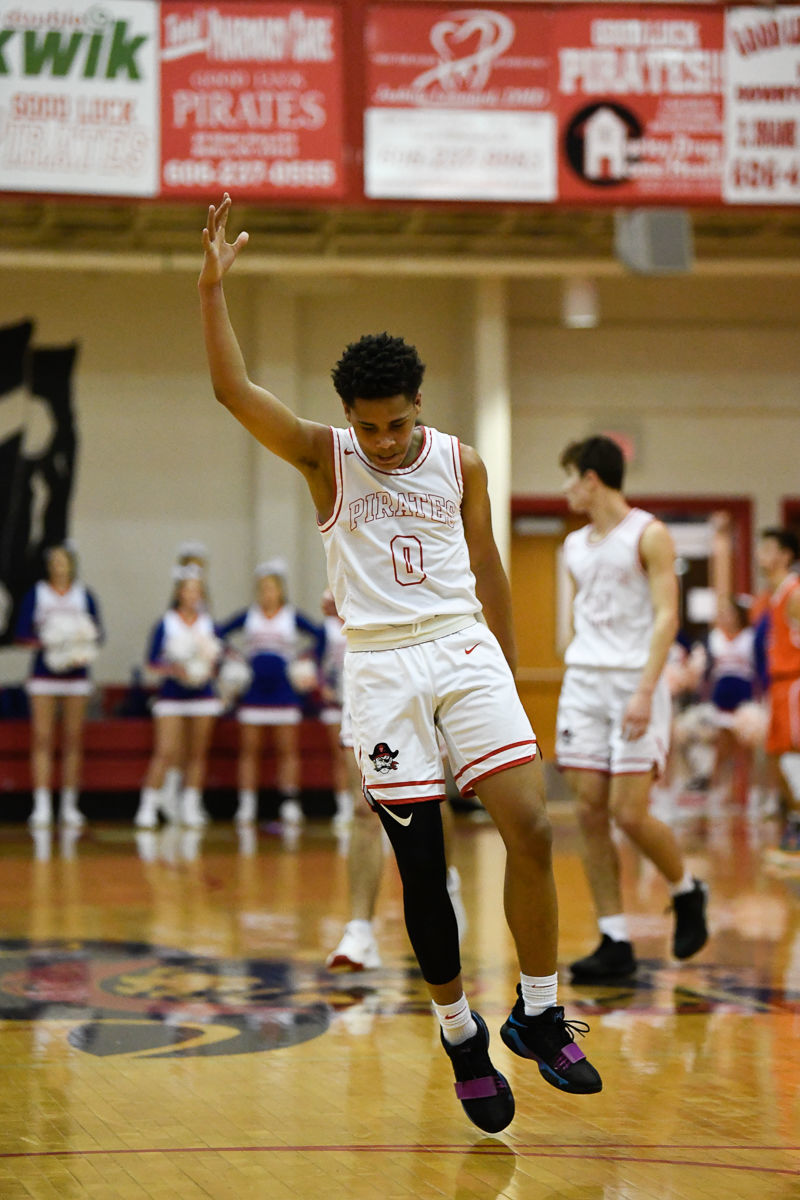 Ray Justice Photography Belfry freshman guard Sal Dean averaged just under 20 points per game during the 60th District Tournament and is the Pirates leading scorer on the year at 16.5 points per game.

The Phelps Hornets pose after winning their second straight 60th District Championship after they defeated the Belfry Pirates by a final score of 66-57 on Feb. 27 at the BHS Gymnasium.

Ray Justice Photography Belfry freshman guard Sal Dean averaged just under 20 points per game during the 60th District Tournament and is the Pirates leading scorer on the year at 16.5 points per game.

GOODY, Ky. — The Phelps Hornets made history this past week as they defeated the host Belfry Pirates by a final of 66-57 in the 60th District Championship game inside the BHS Gymnasium to claim back-to-back district titles for the first time in school history.

The Hornets (21-10) came into the game riding a 10 game winning streak and owned a 2-0 record over Belfry in the season, winning both contests by combined 39 points.

It looked like it would be another lopsided win early on for the blue-and-white as they raced ahead to an 8-0 lead after six quick points from Dominick Francis, including a rare 4-point play.

The Pirates (10-18) finally gained their composure however and ended the first on an 8-4 run as Phelps held a 12-8 lead going into the second quarter.

The red-and-white carried that momentum over into the second period as freshman Sal Dean came alive and scored nine points in the period as coach Mark Thompson’s club cut the Hornet lead to two at 23-21 going into the halftime locker rooms.

Coming out to start the second half Phelps received trey balls from both Dominick and Trey Francis as five total Hornets scored in the period and they pushed their lead back up to seven at 37-30 going into the fourth.

The Pirates had one final run in them during the final stanza as they cut the Phelps lead back down to four at 54-50 with just over four minutes to play, but junior Tyler Chaffin was whistled for a technical after he was called for a personal foul.

The tech resulted in Phelps star Trey Francis shooting and making four straight foul shots which pushed their lead back up to eight at 58-50. The Hornets would never look back as Francis scored 21 of his 27 points in the final period to help his team pick up the nine point win.

Francis entered the final quarter with only six points in the contest on a pair of three-pointers, but exploded in the fourth as he went to the foul line 19 times and sank 16 of those to carry his team to the title. He also recorded a double-double as he yanked down 13 rebounds and also dished three assists.

Junior Dominick Francis paced his team in the first half as he scored 11 and finished the game with 16 overall, while senior Cameron Sanson also reached double-figures scoring 10.

The Pirates were led by Dean who poured in 18 points in the contest while junior Brett Coleman and senior Caleb Spears each followed with 11. Junior sharp-shooter Austin Hager added seven while Tax Thompson was next with five, Chaffin tallied three, and Ben McNamee finished with a bucket.

With the win Phelps improved to 21-10 on the season and extended their winning streak to 11 consecutive games as they are one of the hottest teams in the region entering the 15th Region Tournament.

The Hornets drew 59th District runner-up Shelby Valley (24-7) who was upset by Pikeville 51-50 in the 59th District Championship. This is a rematch of last year’s opening round game in the 15th Region Tournament as the Wildcats defeated Phelps 59-33. The two teams did not face off in the regular season.

With the loss the Pirates fell to 10-18 on the season but will still advance to the 15th Region Tournament as they will face the champion from the 59th District in the 16-11 Pikeville Panthers.

The Pirates and Panthers faced off one time in the regular season with the Panthers winning at home 77-73 back on Jan. 14.

BHS will play Pikeville on Wednesday in a 6:30 p.m. tip while Phelps will square up against Shelby Valley on Thursday in an 8:15 p.m. All games in the 15th Region Tournament at played at the Appalachian Wireless Arena in Pikeville.