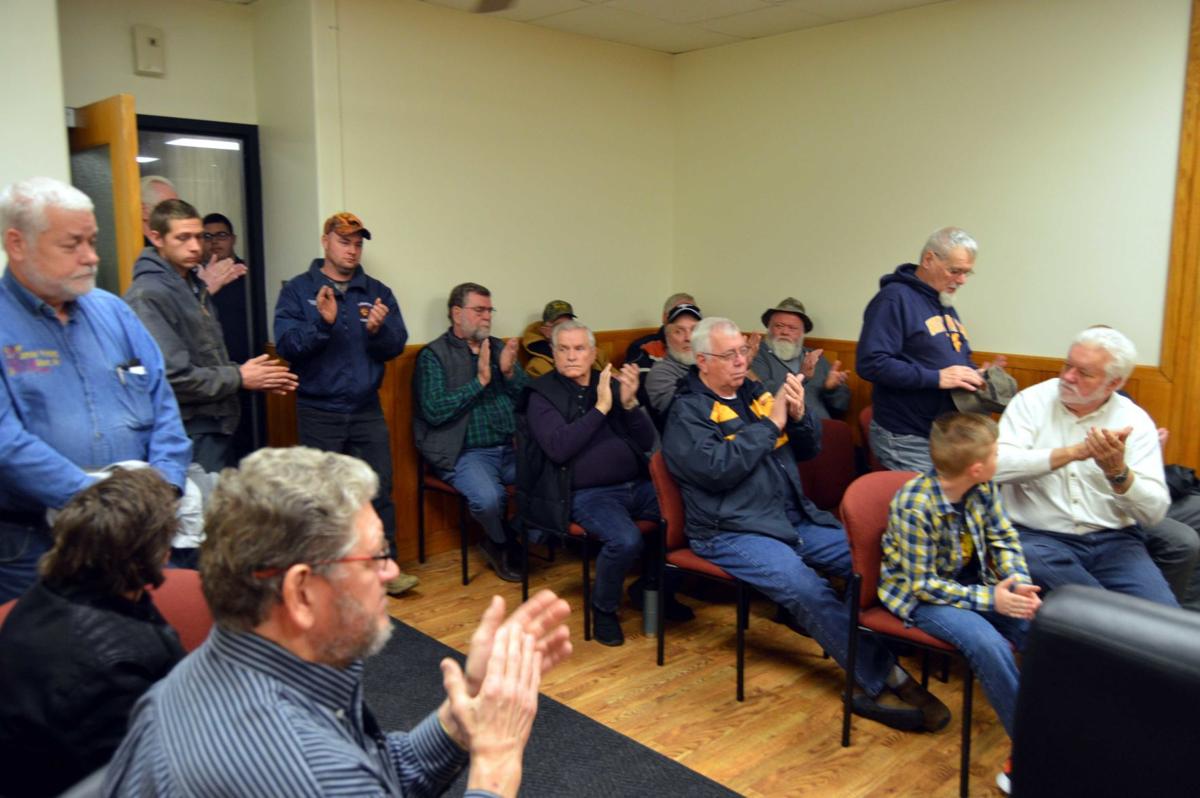 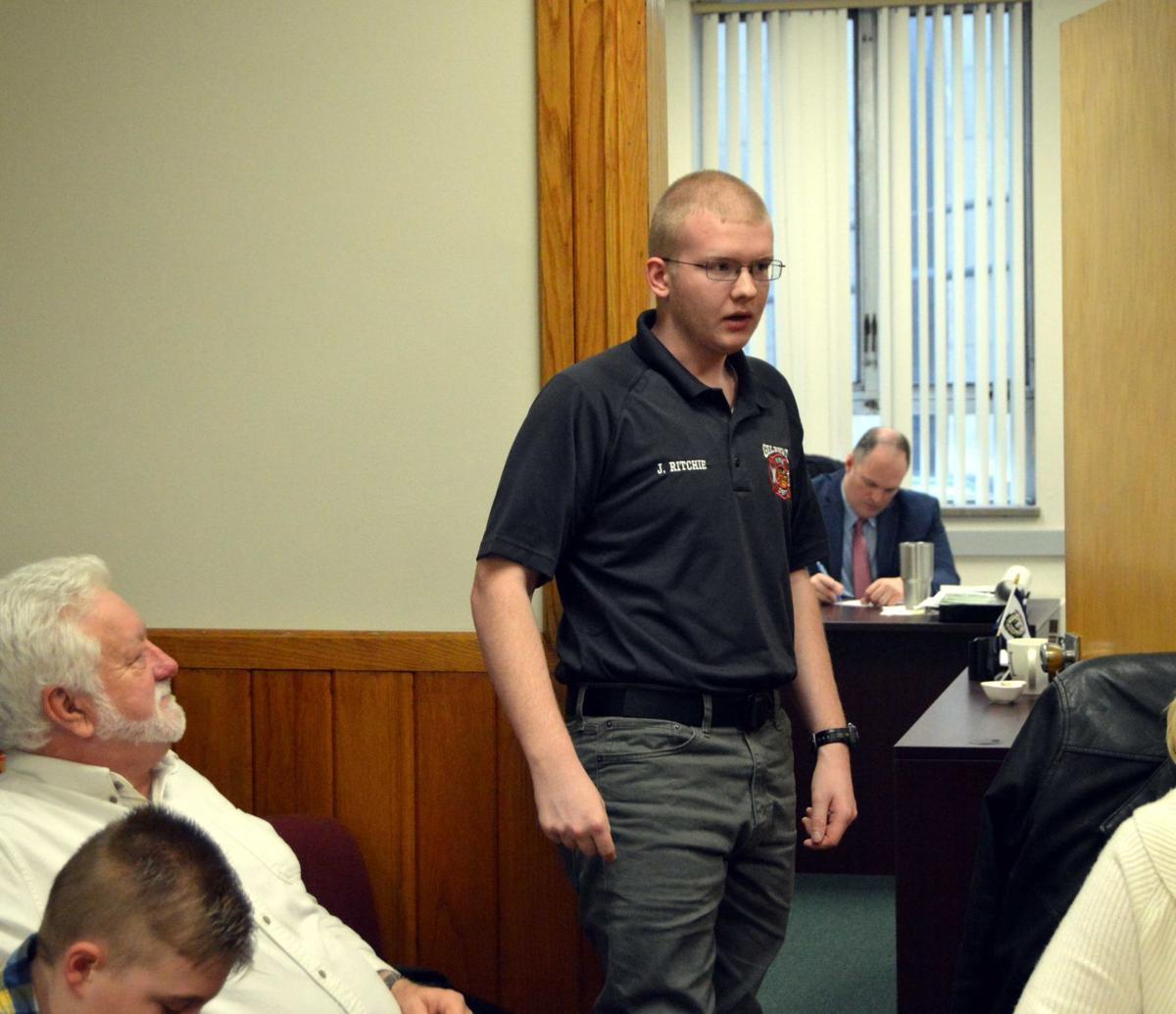 Jarrid McCormick/Williamson Daily News Jared Ritchie, a student at Jamie Darrin Christian Academy in Gilbert, speaks to the Mingo County Commission after their decision to pass a resolution making Mingo County a Second Amendment Sanctuary at the regular meeting Wednesday, Feb. 5, 2020, in Williamson. 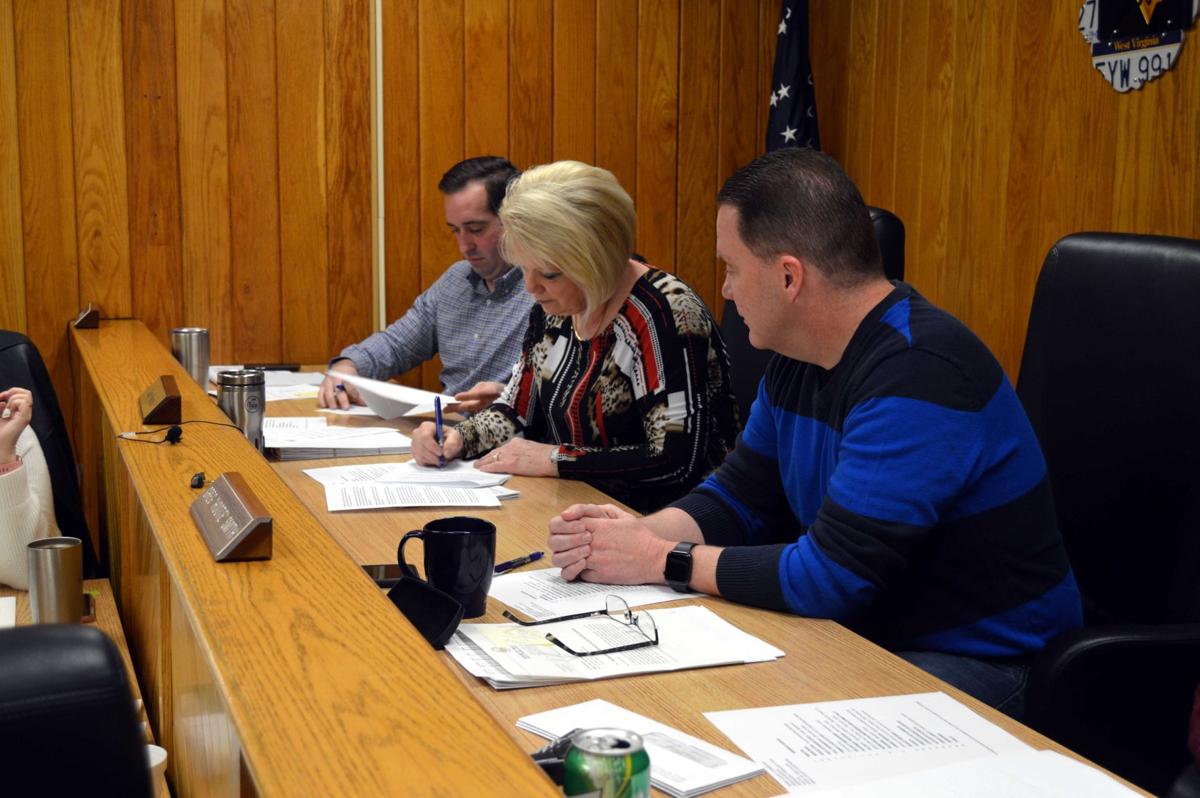 Jarrid McCormick/Williamson Daily News Jared Ritchie, a student at Jamie Darrin Christian Academy in Gilbert, speaks to the Mingo County Commission after their decision to pass a resolution making Mingo County a Second Amendment Sanctuary at the regular meeting Wednesday, Feb. 5, 2020, in Williamson.

WILLIAMSON — Mingo County has joined the trend of counties and municipalities that have declared themselves “Second Amendment sanctuaries.”

The Mingo County Commission unanimously passed a resolution at its regular meeting Wednesday, Feb. 5, which opposes any perceived infringement on a citizen’s right to own firearms.

Longtime Commissioner Greg “Hootie” Smith addressed the crowd of 60-plus Mingo County residents, including students from Jamie Darrin Christian Academy in Gilbert, who attended the meeting in support of the resolution.

The resolution, which was modeled after other resolutions that have already passed in nearby counties, reads that “the County Commission of Mingo County, West Virginia, wishes to express its intent to stand as a Sanctuary County for Second Amendment rights and to oppose, with the limits of the Constitution of the United States and the State of West Virginia, any efforts to unconstitutionally restrict such rights, and to use such reasonable and legal means as the County Commission of Mingo County, West Virginia, may hereafter approve to protect the rights of the citizens of Mingo County to keep and bear arms.”

Before voting, the County Commission asked for the public’s input.

“We’re here to support this resolution, and we want to thank you for standing up for what is right and for standing against what is wrong,” Mingo County native Ruben Mitchell said. “They are trying tot take away something that should never be taken away. That was put into the Constitution in 1788, that’s 232 years ago. It don’t need to ever be messed with. We have a school here, the Jamie Darrin Christian Academy are here in support of this. There are a lot of people here from the Gilbert area. We are in support of this.”

Commission President Dianne Hannah said she appreciated the students attending the meeting and that they need to know what is going on in their local, state and national government.

“Because these kids need to know, for lack of a better word, what these ‘heathens’ are trying to take away from us as our rights as Americans,” Hannah said. “My stepdad was in Vietnam, my Daddy and my uncle served in the Navy, and I’ve got other uncles who were in the Army. And it would be a shame on me if I ever thought for one minute that we didn’t have a right to our constitutional rights just because of the men who have died for us and the ones who are still here with us. I thank God for them.”

The resolution is the county’s response to a movement that began in Virginia after voters there handed control of the state Legislature to Democrats in a historic shift last year. The state’s lawmakers have introduced a number of gun control bills this year.

A growing list of 400 counties, cities and towns in 20 states have passed similar resolutions since the movement began, according to Gun Rights Watch, a website that tracks gun laws across the country. All but two of Virginia’s 95 counties have passed the measures.

“The problem is not the gun or the gun owner, the problem is society and acceptance,” Commissioner Thomas Taylor said. “People can’t accept that sin is sin. And we they can’t accept it they want to change it to fix their lifestyle. ... To me, it’s a sad day when politics gets in the way of your constitutional rights.”

On Monday, the Kermit town council and Mayor Charles Sparks also passed a resolution making them a Second Amendment Sanctuary.