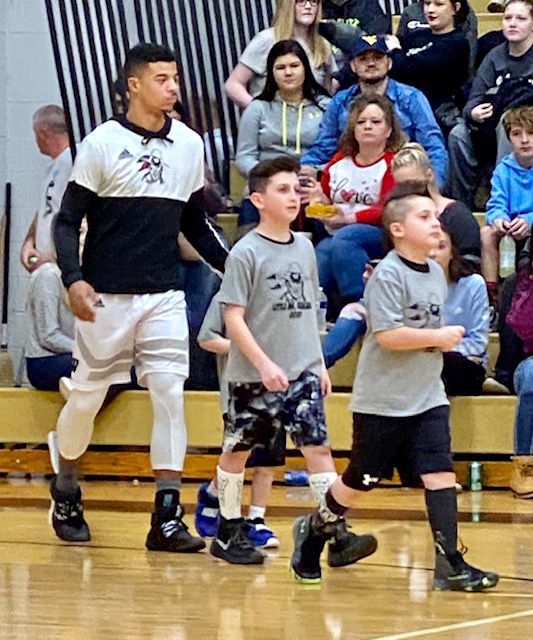 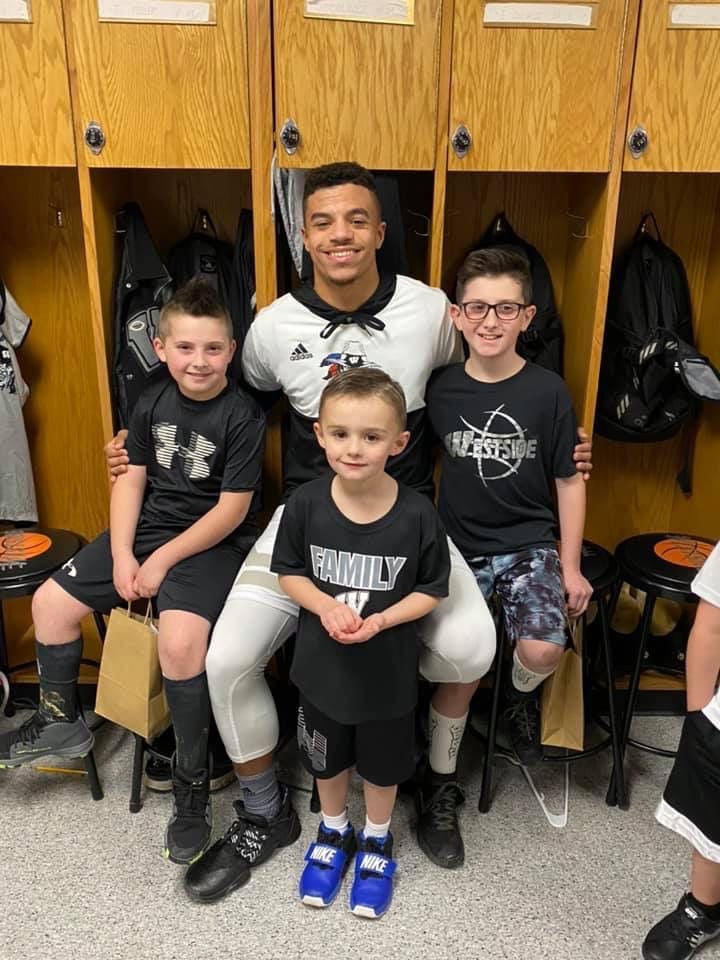 Westside’s Jace Colucci is in his element when he is around his little fans, whether in the gym or at his summer job as a lifeguard at the pool in Oceana. Colucci said he strives to be a good role model for the kids at the gym. 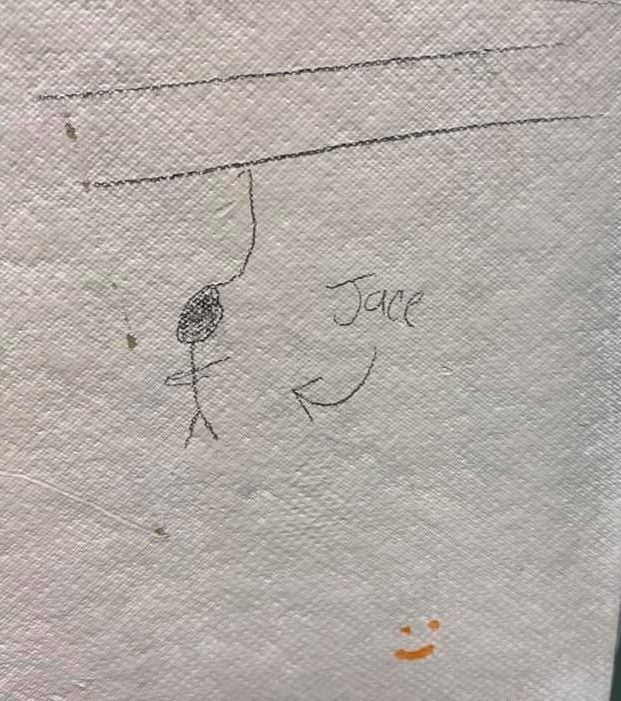 A photo of a drawing that was reportedly found in the visitors' locker room at Wyoming East High School when Westside arrived for the rivalry game on Friday, Jan. 17, 2020.

Westside’s Jace Colucci is in his element when he is around his little fans, whether in the gym or at his summer job as a lifeguard at the pool in Oceana. Colucci said he strives to be a good role model for the kids at the gym.

A photo of a drawing that was reportedly found in the visitors' locker room at Wyoming East High School when Westside arrived for the rivalry game on Friday, Jan. 17, 2020.

CLEAR FORK — Rikki Colucci remembers the day this past summer when she went to take her youngest son, Jace, lunch at his job at the Gilliland Park Pool in Oceana.

A lifeguard during the summer, Rikki found her son not on the typical elevated chair, but instead in the pool, playing with the kids.

“I asked Jace whose kids he was playing with and he didn’t know,” Rikki Colucci said Saturday, after watching her son score 23 points, grab 14 rebounds and dish out six assists in the Renegades victory against Mingo Central. “That’s typical of Jace. Wherever he goes, he seems to find kids.”

That is the same old Jace everybody knows.

You are as likely to see him “dap up” a kid in the stands as he did Saturday during the game with Mingo Central, as you are to see him going toe-to-toe in the paint with guys who typically tower over him height wise.

The same old Jace is an outstanding athlete.

The same old Jace is an honor roll student, holding a 3.5 grade-point average.

The same old Jace could win the award for class clown, with a keen sense of humor.

The same old Jace draws the attention of the kids whenever he enters the gym at Westside.

And he is the same old Jace who has found himsef embroiled in a situation that has drawn national attention, and not the good kind. And, it is a situation that is not of his making and was not something for which he asked.

Everyone has likely heard the story, which is making both local and national headlines.

And it has to be noted, despite the fact that it’s 2020, that the same old Jace, so loved in his home gym, is a biracial athlete. His mother is white, his father is black.

On Friday, Jan. 17, Colucci and his teammates entered the visitors locker room at rival Wyoming East. There, he found a picture of a stick figure, hanging from a noose. The face was colored in and beside it was his name, Jace.

“I knew the significance of it as soon as I saw it,” Colucci said. “I just kind of played it off, acted like it didn’t bother me. But in the back of my mind, I was furious. To me, it seemed like nothing had been done since the year before. It was the same old thing.”

Yes, the year before, a Snapchat had surfaced in which students were heard chanting “hang Jace, hang Jace.”

Rikki said she went to the Wyoming County Board of Education and was assured everything would be handled, and said she was later told that it was. So she let it go.

Colucci this time took a picture of the drawing and showed it to his mom. But only after the game.

This time there would be no going back. As far as the family was concerned, it was simple: This was a hate crime.

On Thursday, the case was moved out of Wyoming County, fearing potential conflicts of interest. A State Police officer from Nicholas County was in Wyoming County on Friday gathering information.

Wyoming County Prosecutor Mike Cochrane said the case would also be moved to another out-of-county office, but the county has not been named yet.

Except for Jace. While it would seem that a situation would surely sully even the toughest of minds, Colucci seems intent and content with being the “same old Jace.”

He realizes what is happening, that his name is making the national headlines.

“I am aware of it,” Jace said. “It’s gotten pretty big. But I just keep my head up. I don’t really dwell on it, I more or less put it out of my mind.”

He has handled the whole situation with class and dignity while the craziness swirls on around him, people constantly talking about it on social media, or worse, asking him questions about it.

“I’ve had a lot of people come up to me and a lot of times, they are just being nice, asking me how I’m doing,” Jace said. “I know they mean well, but it just reminds me of the situation.”

He still answers their questions.

“He’s handled it great,” Jenkins said. “Super, super kid. He’s always got his head on straight. To be honest with you, I haven’t seen any effect on him at all. I’m sure it runs through his mind every now and then, but he has handled it great.”

Rikki added that Jace has also received words of support from across the globe.

“One that stood out for me was from a guy in Canada,” Colucci said. “He said, ‘just keep going on like you are.’ He told me to just continue to be me.’”

And that is exactly what he is doing.

On Saturday, he was back in his element, escorting three kids out during the Little Mr. Renegade event at Westside prior to the Mingo Central game.

“I love kids,” Colucci said. “These kids in the gym, they are my extra motivation because I feel like they are watching me and maybe someday they might want to be like me and I want to give them a positive role model to look up to.”

He has done more than that. He has remained the same old Jace. And that is something special.

How would you grade the West Virginia government's response to the COVID-19 pandemic so far?