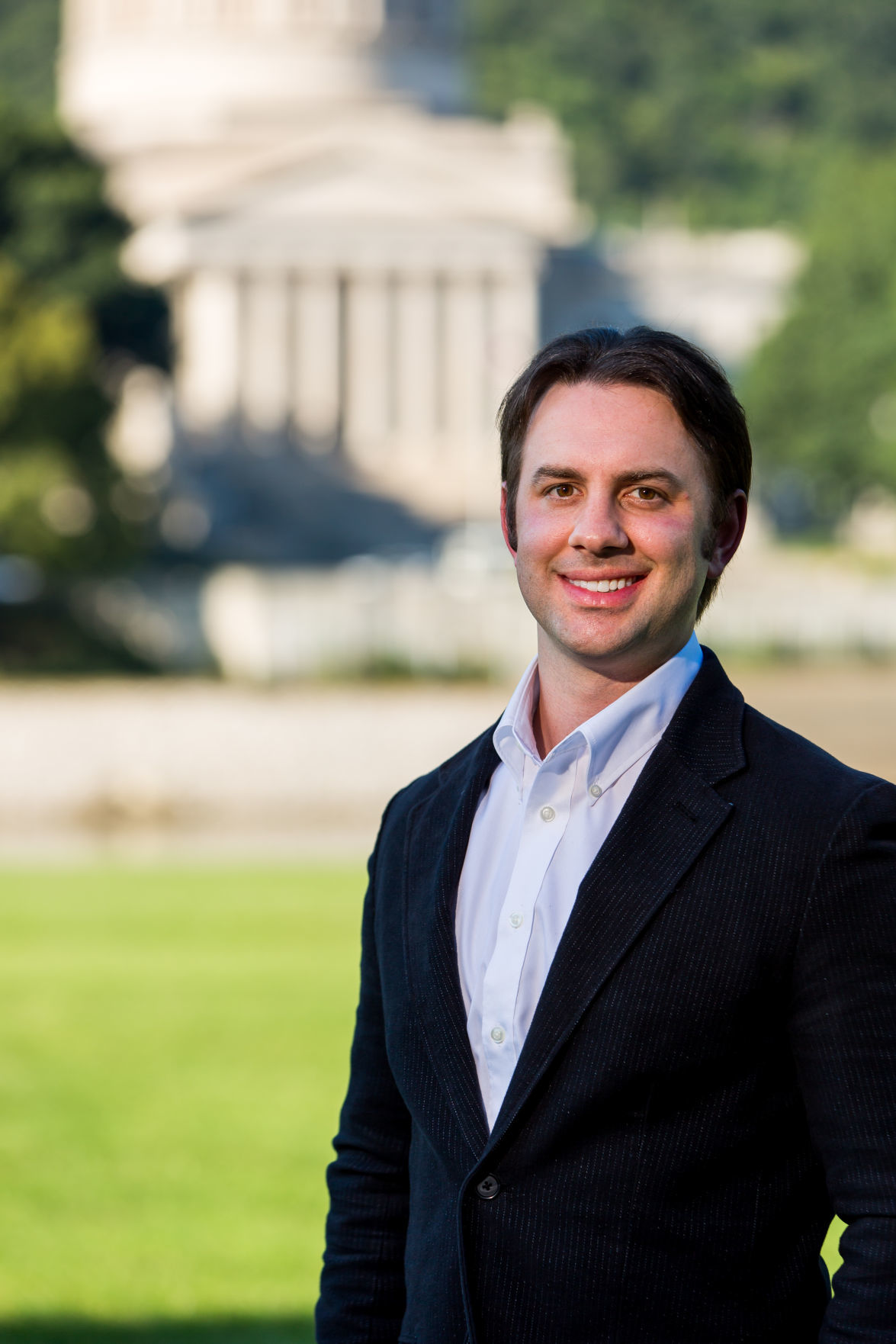 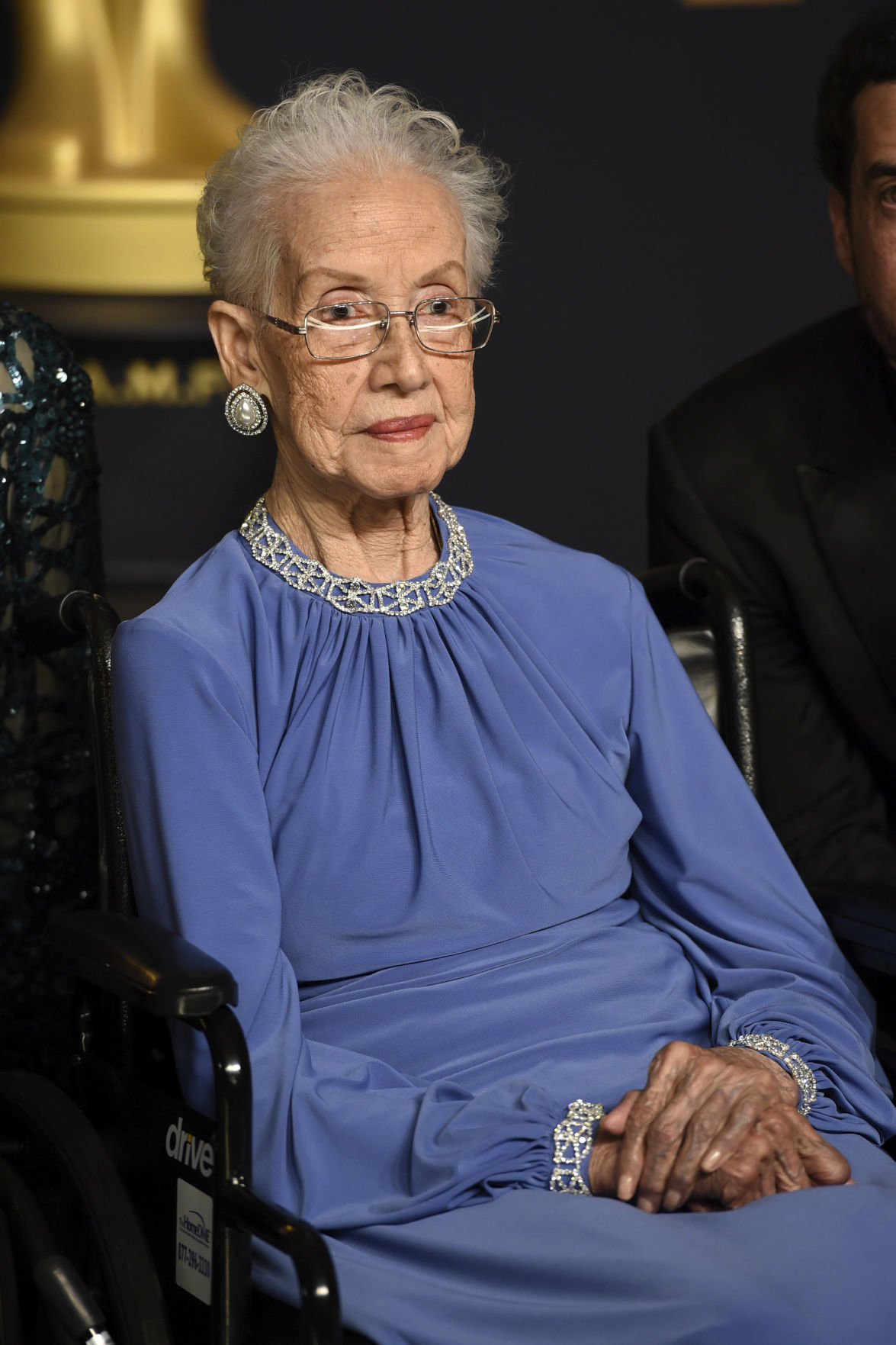 FILE - In this Feb. 26, 2017, file photo, Katherine Johnson, the inspiration for the film, "Hidden Figures," poses in the press room at the Oscars at the Dolby Theatre in Los Angeles. Johnson, a mathematician on early space missions who was portrayed in film "Hidden Figures," about pioneering black female aerospace workers, died Monday, Feb. 24, 2020. (Photo by Jordan Strauss/Invision/AP, File)

FILE - In this Feb. 26, 2017, file photo, Katherine Johnson, the inspiration for the film, "Hidden Figures," poses in the press room at the Oscars at the Dolby Theatre in Los Angeles. Johnson, a mathematician on early space missions who was portrayed in film "Hidden Figures," about pioneering black female aerospace workers, died Monday, Feb. 24, 2020. (Photo by Jordan Strauss/Invision/AP, File)

It is a simple phrase uttered in some form or another by generations of people over the course of history, and yet, it takes on a special importance with outsized meaning coming from a West Virginian — a female, African American West Virginian, no less.

It has been said that West Virginians have a type of “inverse elitism” wherein they feel like they’re the worst person in the room. While “worst” is usually undefined, it is not difficult to conceive what that may mean — perhaps they believe they are the poorest, least well-educated, most ignorant, or, maybe, the most doubted person in the room for one reason or another. Really, the possibilities are endless. No doubt, it is the result of generations internalizing a host of stereotypes and looking into a mirror held by those with little interest in anything other than affirming the worst of those stereotypes.

Regrettably, like an overwhelming majority of other West Virginians, I had never heard of Katherine Johnson until the Hollywood film “Hidden Figures” was released four years ago — a film that would go on to gross nearly $250 million worldwide.

As one might expect, my initial reaction to learning about Mrs. Johnson was a mix of pride and astonishment — here was a woman able to achieve greatness despite nearly every conceivable cultural obstacle put in front of her. A poor, African American woman from the nation’s poorest state graduating college at 18 and going on to become a mathematician whose abilities proved key in the success of the nation’s most ambitious project — the space program.

And yet, pride and astonishment were quickly — and surprisingly — replaced with anger and disappointment. Why was I, a native West Virginia who has spent most of his 32 years in West Virginia, only hearing of this remarkable woman due to a Hollywood film?

In a word, this is unacceptable.

Conversations are had every day about how to fix our beloved state — whether it’s tax reform, infrastructure, K-12 education, eliminating the opioid epidemic, or tourism, the policy and legislative solutions are oft-discussed, but, more importantly — a huge piece of the “fix” will be changing the self-image West Virginians have of themselves.

For this to occur, West Virginia must celebrate its heroes.

As Santa Clara University philosophy professor Scott LaBarge, wrote, “We need heroes because they define the limits of our aspirations.” West Virginia needs people like Katherine Johnson because it helps recalibrate our children’s aspirations to a place that, without her, and others like her, they simply would never think to.

Katherine Johnson is a symbol for all West Virginians — not just African American, not just female, and not just poor, but to all of us who bear the yoke of our geographic genesis.

Imagine if the state Capitol or Culture Center housed a wing celebrating the accomplishments of great West Virginians. Thousands of children pass through those halls every year, and while the Capitol campus should remain a place for memorializing and celebrating the state’s past, it should also become a place of inspiration for its future.

In a world filled with Wrong Turn, Deliverance references, and incest jokes, our world, our own little slice of almost heaven, needs Katherine Johnson, because as West Virginians, we all have many mountains to climb. West Virginia’s children should not be forced to only see themselves portrayed on the silver screen, but they should also be able to see their own mirrored reflection — their own future — in Katherine Johnson.

Garrett Ballengee, a native of Mineral Wells, West Virginia, is the executive director of the Cardinal Institute for West Virginia Policy located in Charleston.