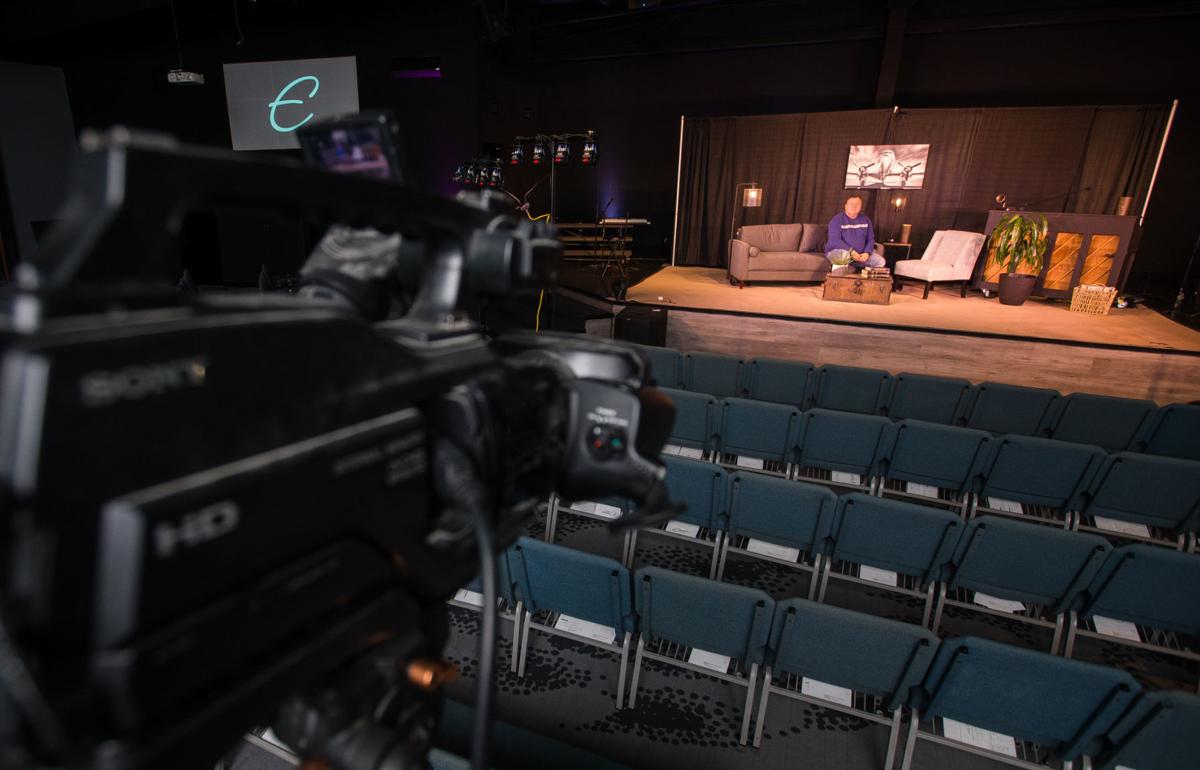 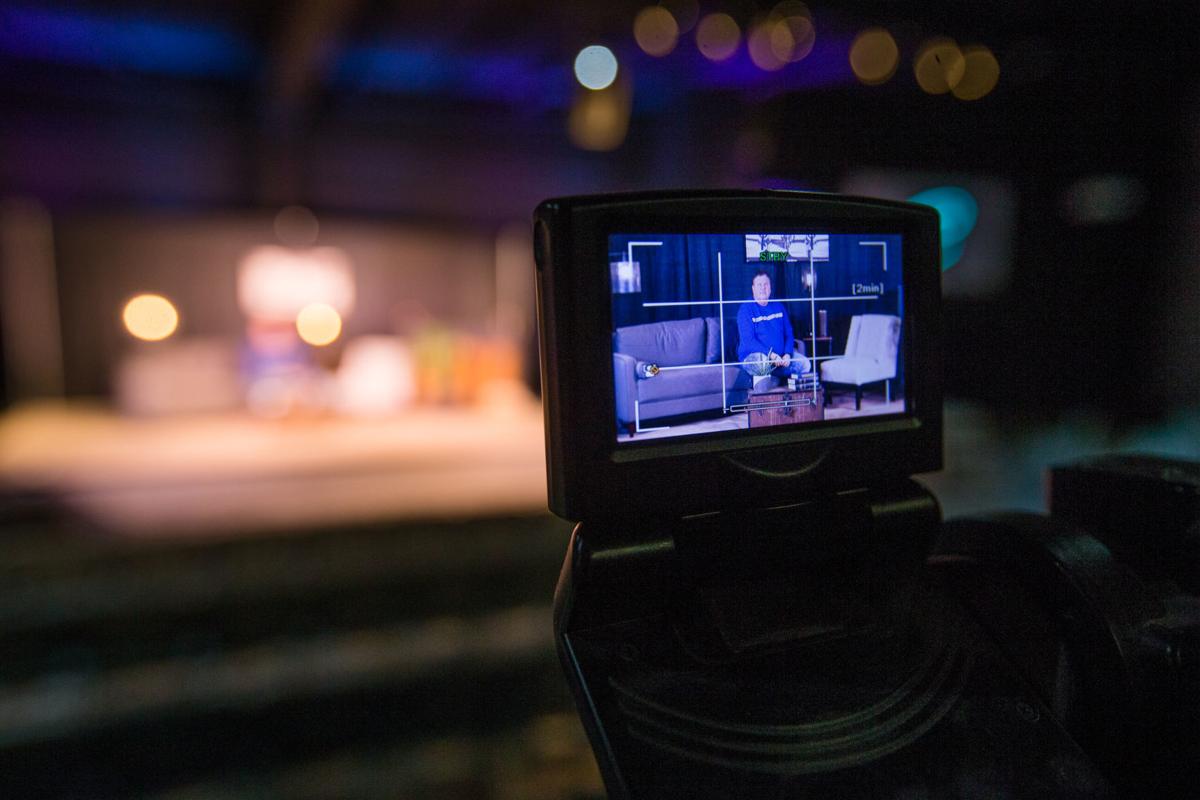 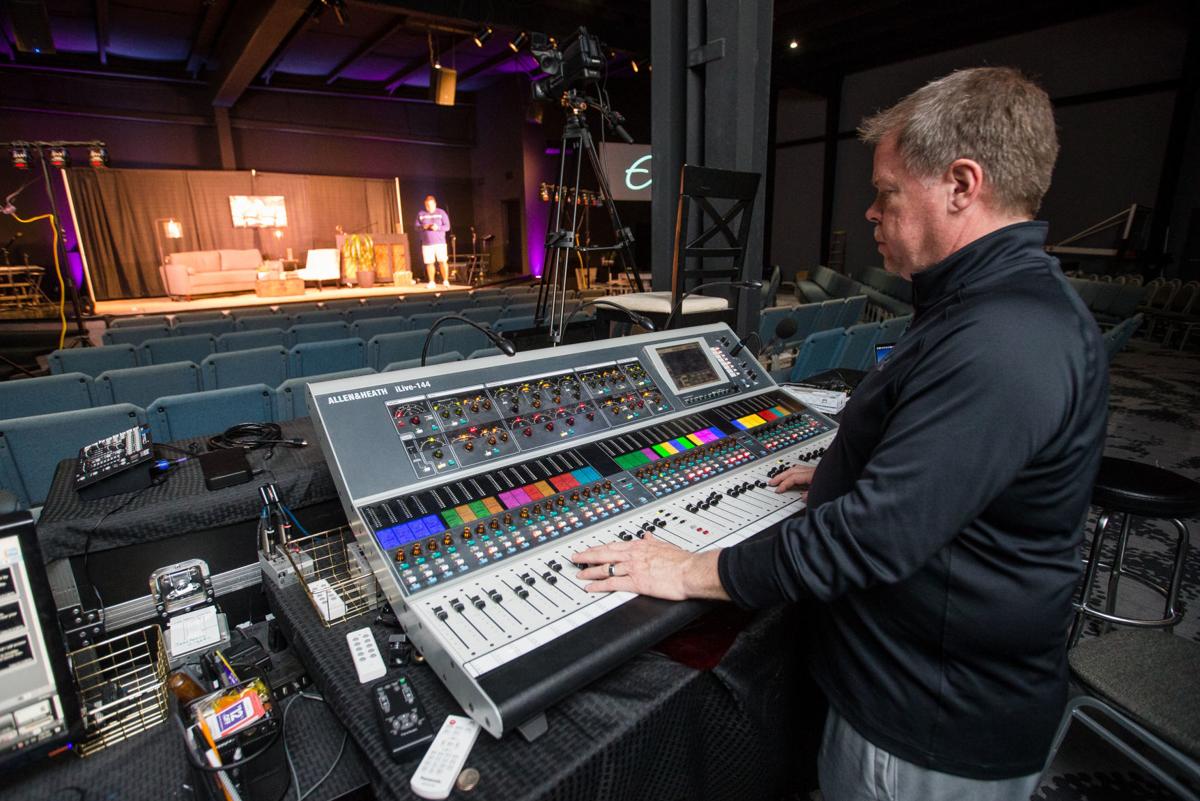 Audio technician Dale Scragg stands at the sound board he will operate during future live broadcasts of Expression Church services on Friday, March 20, 2020, in Huntington. 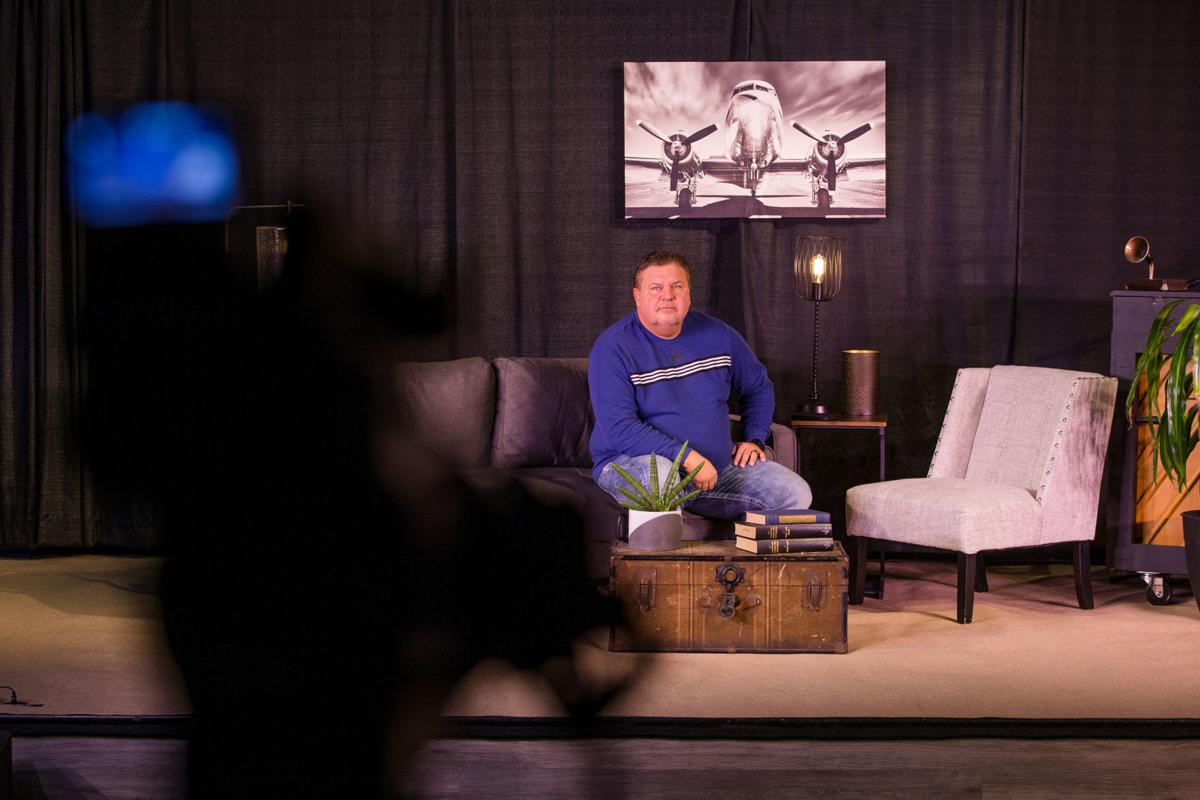 Audio technician Dale Scragg stands at the sound board he will operate during future live broadcasts of Expression Church services on Friday, March 20, 2020, in Huntington.

HUNTINGTON — While America has a melting pot of different faiths and religions with a variety of beliefs, there is at least one thing local congregations have in common for the first time due to the threat of the new coronavirus (COVID-19) — their places of worship are empty.

Their buildings may be empty of worshipers, but members’ faith has not wavered.

West Virginia Gov. Jim Justice earlier this month urged groups to not hold large meetings or gatherings, including those for religious purposes, as the state worked to tackle the COVID-19 pandemic as it reached the state and the region.

There is not a faith that is not affected by the governor’s request, but many have since embraced the request and Centers for Disease Control and Prevention guidelines requesting social distancing.

As such, many are turning to social media outlets to get their messages to their parishioners with a hope the change might be a blessing in disguise and help them reach more masses as they look outside the walls of their buildings.

The Associated Press reports some churches across the U.S. are also bracing for a drop in weekly monetary contributions and possible cutbacks in programs and staff as in-person worship services are canceled.

Many of these groups have plans in place to livestream services on Facebook or via YouTube so their parishioners can still practice their faith each week.

The church has a regular attendance of about 160 people a week and offers many Bible studies and other programs throughout the week and remains active.

Last week, that number dwindled to about half.

On Sunday, March 22, the congregation will meet for the last time at 10:45 a.m. with one service — which will be streamed — as a group before they take a leap in closing their church and taking their message fully online.

“We will still try to stay in touch with our members and watching out for one another,” he said. ”We’ll still try to do the ministries of the church, just outside of the building.”

They have plans to have interactive meetings over the computer so Sunday school classes and Bible studies can continue, and plan to record their future livestreams to distribute on DVDs and audio disks so that older members of the congregation don’t miss out.

For Kevin West, pastor of Expression Church of Huntington, it hasn’t been a far jump to get their message online because their services are already streamed. They have a congregation that gathers at the church and another outside the building watching from home.

After canceling all in-person gatherings this week, West said the difficult part will be changing his message to only reach masses online, instead of two different subgroups.

West said members of his congregations have gone as far as giving “smart” devices, which are electronic devices that can be used to connect to the internet, to the older members of the church and giving them a crash course on how to view the services so they don’t miss out.

A drop in in-person parishioners can mean less money for the upkeep of the church, however.

For example, the AP reported that Friendship Baptist Church in Baltimore saw a 50% attendance drop from its 1,100-member congregation and its offering netted $5,000 compared to a normal intake of about three-times the amount.

Some pastors are even being encouraged by national groups to offer electronic ways for parishioners to give, to make it easier to keep up the funds, the AP reported.

The National Association of Evangelicals, which represents more than 45,000 churches, will co-host a digital summit next week to help pastors response creatively and effectively to the outbreak. Its co-host is the Humanitarian Disaster Institute at Wheaton College in Illinois.

With Easter Sunday just three weeks away, both local congregations are moving forward with plans to hold a service, while also understanding the COVID-19 outbreak is expected to get worse.

Adkins said they plan to have some type of service outside the church, even if that means having families listen to a service in the parking lot.

“We aren’t going to miss Easter. We will be doing it some way. We have two or three weeks to firm up plans,” he said. “I’m even looking at a thing like what they did at the drive-in where people could listen on the radio if the weather is bad. There’s an app for that, but there are no firm plans.”

West said Easter is the congregation’s biggest service of the year, and missing it would be heartbreaking.

“We are still continuing to plan forward as if that could happen,” he said. “But we are putting secondary provisions in place so we can still do the online presence to meet the need of the people.”

In the end, both men agreed it was an opportunity for outreach.

“It may be something God is going to use to shake the church to get out of the walls,” Adkins said. “The church is made up of the people and not the building.

“One thing I’ve learned is God is not cut off by surprise,” he said. “In every situation, there is always a blessing in the middle of it. It doesn’t seem like a blessing … but it’s been my experience that through that it is really is getting the message out of Christianity.”